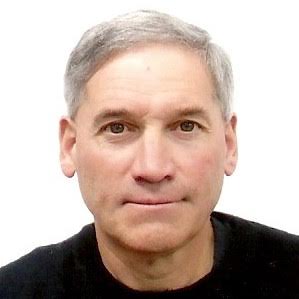 After 17 years as head coach of the Division III Rutgers-Newark baseball team, Mark Rizzi decided to switch gears and returned to coaching high school baseball for the Randolph Rams.

Rizzi, a baseball lifer, was contemplating spending some time away from the game after stepping down from the helm of the Scarlet Raiders. But he said he wound up finding a great fit with the Rams baseball program.

“I was looking for a situation that matched my beliefs,” Rizzi, 55, who has been coaching the sport for 39 years, said. “I couldn’t have asked for a better situation. It’s ideal. I’m having a great time.”

However, it wasn’t easy for him to walk away from the players he grew close to while guiding the Scarlet Raiders over the years. But Rizzi said the opportunity to lead such a formidable high school program was too good to pass up.

“It was hard to leave the players,” he said. “That was the only tough part, and to have someone else coach them. It was tough calling them and emailing them to tell them I wasn’t coming back.”

Overall, however, Rizzi said he loved coaching at Rutgers-Newark as well as in the New Jersey Athletic Conference (NJAC) and takes great pride in what he accomplished at the college, including playing in prestigious baseball tournaments.

“I had a great time (at Rutgers-Newark),” he reflected. “Coaching college baseball was awesome. We went to California every year and went to Italy four times. I feel grateful that I was able to coach in that conference and at the school. It was an honor to coach college baseball.”

But now Rizzi has his eyes set on developing a young, solid program (22 players on varsity, 21 on junior varsity and 18 on freshman) into a perennial powerhouse, with several sophomores on the club who are receiving ample playing time early on in their high school playing careers.

“This is an ideal time for me to join the program,” said Rizzi, who studied journalism at Rutgers University—New Brunswick. “There are a lot of kids that are going to get better. It’s a very exciting time for (everyone).”

While the team is off to a 3-5 start against some tough competition through the first eight games, Rizzi likes the makeup of the 2019 Rams.

Rizzi mentioned seniors Tyler Berg, Ryan McDermott and Josh Nathan, and juniors Matt Kratochvil and Mike Ippolito as key offensive components of the squad, with a host of talented hurlers on the Rams’ staff. It’s just a matter of him as the new Randolph baseball coach to help determine the role of each individual pitcher as the season progresses.

“We have some really good arms,” the Lake Hopatcong resident said. “Like any first-year coach, we’re in the process of trying to figure it out.”

Rizzi’s first victory — a 5-4 triumph over Ridge — as Rams’ head coach was more for the team than himself.

“For me, personally, it didn’t matter (as much),” he said. “But it was a big deal for the team. For the team, I wanted them to get a win quick to get the guys feeling good about themselves.”

You would think, after so many games throughout his long-standing coaching career, Rizzi might not have the same fire and enthusiasm he once did. But that isn’t the case for the Paterson native.

“I’m loving this (coaching at Randolph),” said Rizzi, who attended, played and coached baseball at now-defunct Paterson Catholic High School. “I can’t wait to get to the field every day. I’m excited for this year and for years to come.”