Film Series Underway At Morris Museum Through Next May 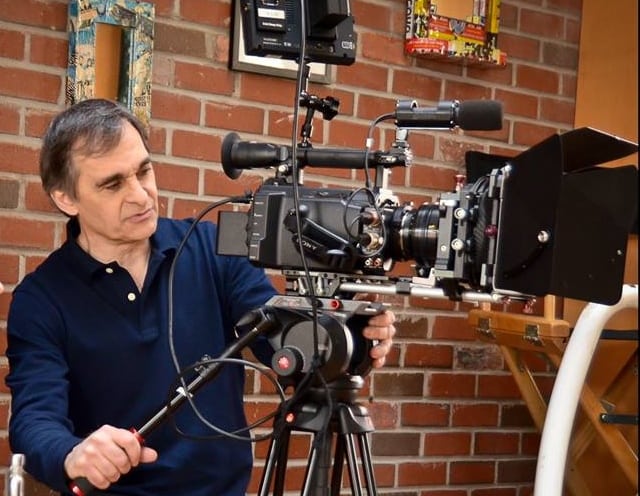 The Morris Museum launched its new Inside Cinema Film Series earlier this month in the Bickford Theatre, featuring hard-to-find content that “deserves to be seen.’’

During this season, this film series will focus on film Noir, and will be hosted monthly by David Landau, a professor of film at Fairleigh Dickinson University.  For each screening there will be a discussion with Landau before the film to provide further insights.

“Today, our media world is so multi-layered and over saturated, and our lives are so busy, that a frightening amount of great work falls through the cracks every year,” said Cleveland Johnson, executive director of the Morris Museum. “As a museum, we have a responsibility to sort through the past and bring back the very best for our audiences.”

Landau is an award-winning mystery playwright with seven works published by Samuel French, including his internationally produced play “Murder at Cafe Noir,” a comedy tribute to the film noir movies of the 1940s, which would be performed in theaters across the United States and Canada for the following six years. His noir play “Deep Six Holiday,” inspired by the work of James Cain, has won several theater awards, and his noir short film “Joker’s Wild,” (written and photographed by Landau) was featured on A&E Short Subjects, Cinemax, and won several film festival awards.
“I wanted to create a list of films that would encompass not just the classics that set the standard and were the inspiration for Nino Frank’s first use of the term film Noir, but also show how Noir has transitioned and changed over the years and how it’s still very much alive today” said Landau.  “Like the Western film, Noir is an entirely American genre. Film noir typifies the American psyche – the idea of the loaner fighting against all odds who has their own code of ethics and will not be swayed from doing the honorable and right thing. And, by the end of the film, those that don’t adhere to those values usually end up dying or in prison.”

This film series is made possible thanks to the generous support of Dillard and Adrienne Kirby.

All screenings are at 10 a.m. in the Bickford Theatre at the Morris Museum.

The film that shot Alan Ladd to stardom. Assassin Philip Raven kills a blackmailer and his beautiful female companion.  He is paid off in marked bills by his treasonous employer who is working with foreign spies. Also stars Veronica Lake, Robert Preston and Laird Crigar.

Private detective Philip Marlowe is hired by a rich family. Before the complex case is over, he’s seen murder, blackmail, and what might be love.  Starring Humphrey Bogart, Lauren Bacall, and John Ridgely.

Nick Cochran, an American in exile in Macao, has a chance to restore his name by helping capture an international crime lord. Undercover, can he mislead the bad guys and still pursue the beautiful singer/petty crook, Julie Benson?  Starring Robert Mitchum, Jane Russell and William Bendix.

A police lieutenant is ordered to stop investigating deadly crime boss Mr. Brown, because he hasn’t been able to get any hard evidence against him. He then goes after Brown’s girlfriend who despises him, for information instead.  Starring Cornel Wilde, Richard Conte, Jean Wallace and Brian Donlevy. Considered by many critics to be one of cinematographer John Alton’s finest achievements.

A petty thief posing as an actor is brought to Los Angeles for an unlikely audition and finds himself in the middle of a murder investigation along with his high school dream girl and a detective who’s been training him for his upcoming role. Starring Robert Downey Jr., Michelle Monaghan and Val Kilmer.

A psychiatrist comes to the aid of a compulsive gambler and is led by a smooth-talking swindler into the shadowy but compelling world of stings, scams, and con men.  Written and directed by David Mamet, stars Joe Mantegna and Lindsay Crouse.

Determined to save her boss from death row by finding his only alibi to his wife’s murder, a woman in a peculiar hat who nobody seems to remember, Carol Richman, solicits the help of Inspector Burgess to investigate the whereabouts of the woman and the real killer.  Starring Ella Raines, Thomas Gomez, Alan Curtis and Franchot Tone.

Non-Member’s tickets are priced at $15.