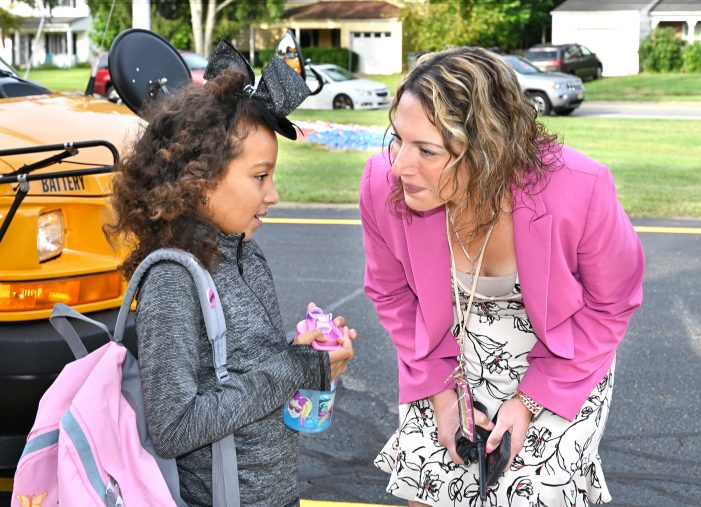 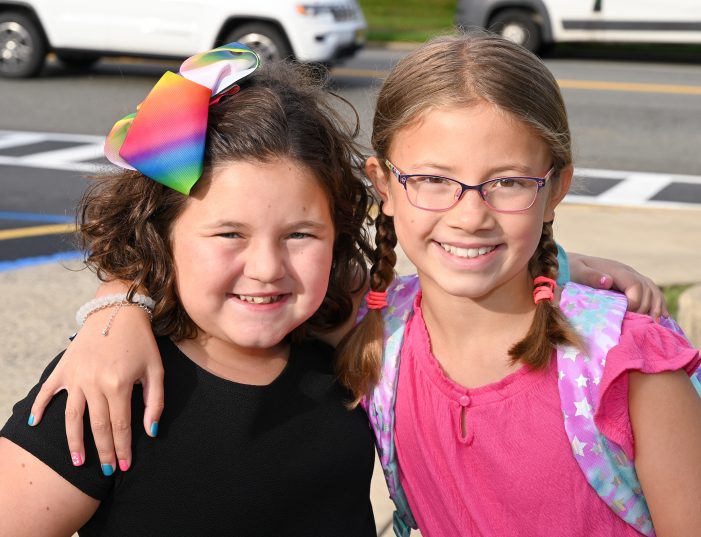 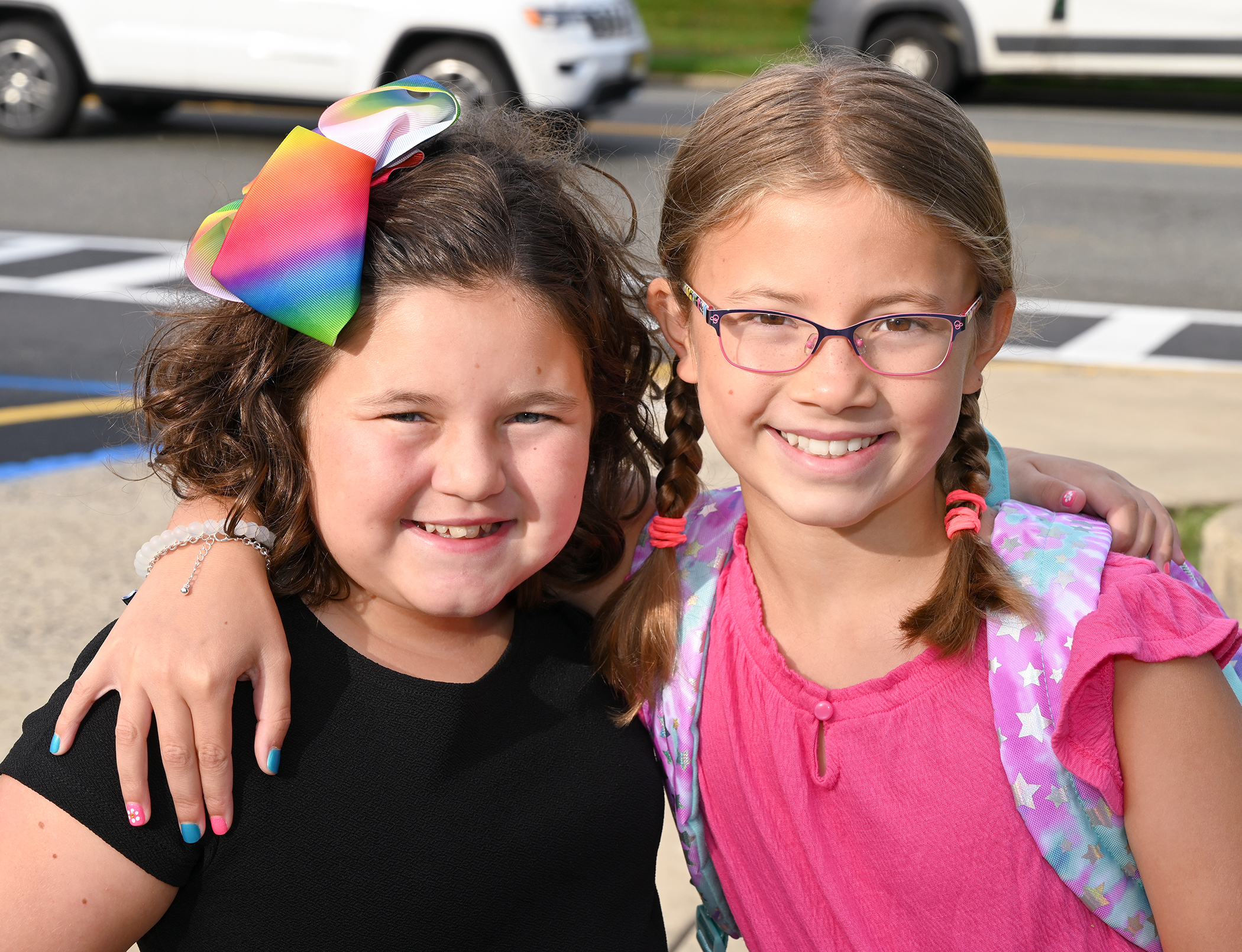 Happy to be back

Fifth-graders Gianna Ferrugio and Emma McNeil are all smiles on the first day of school at Mountain View Elementary School in Mount Olive. Schools opened on September 5. 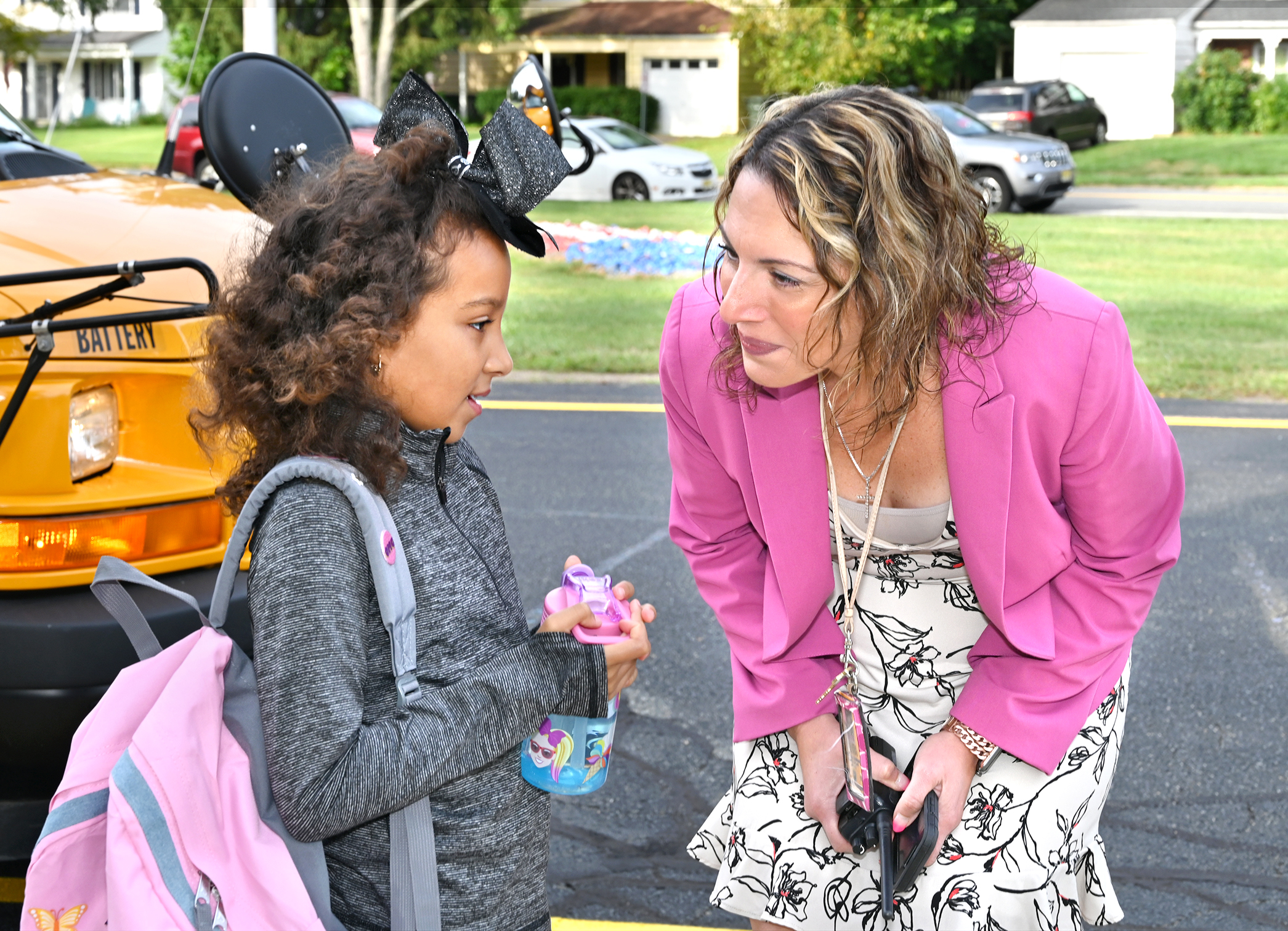 Eleanor Hamilton Jones is welcomed by Melissa Kolenski, principal of Mountain View Elementary School in Mount Olive, on Kolenski’s first official first day of school as principal. Kolenski served as acting school principal at the start of the 2018-2019 school year and became the official principal when appointed by the board of education in November, 2018. Schools in Mount Olive opened on September 5.