Flanders Woman Seeks to Collaborate On an Opera\Metal Musical Project 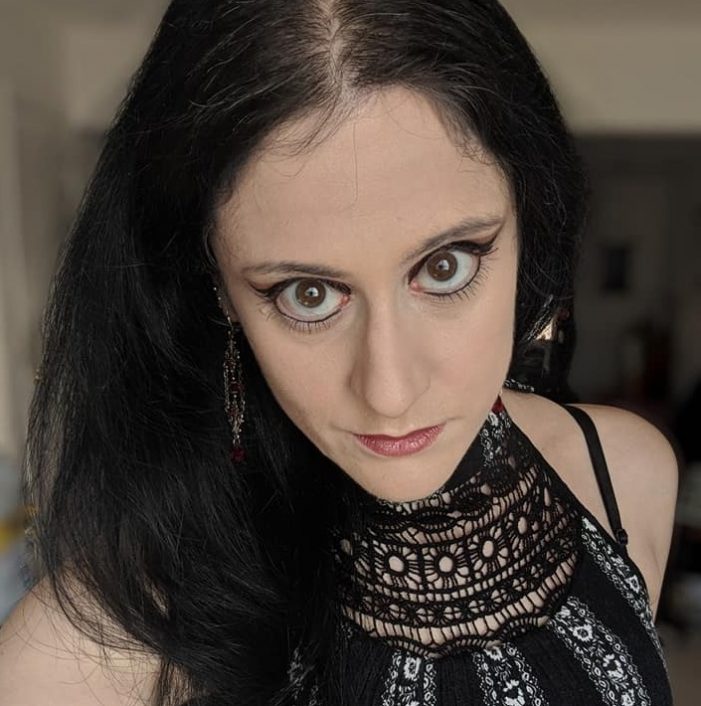 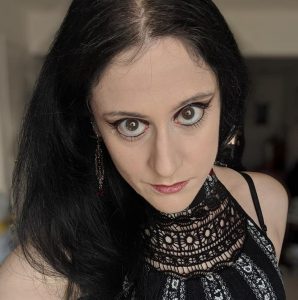 Flanders resident Megan Gironda has done much in her musical life. She’s ready for more.

The 37-year-old Gironda, who has  a Bachelors of Arts in Music Studies with a concentration in Classical Voice from William Paterson University, has sung at weddings and did a lot of performing in school musicals growing up, she relating to characters like Belle from Beauty and the Beast and Rizzo from Grease. “Growing up, I was actually a little introverted, but music is where I would be extroverted.” She counts among her band inspirations Nightwish, Evanescence, Within Temptation, Halestorm, Lacuna Coil, and Amaranthe. Opera singer, Cecilia Bartoli, is a favorite in that particular genre.

It all leads to this. Gironda would love the opportunity to be in a band that would be interested in doing an Opera/progressive Metal project, but she’d also like just an accompanist to do solo work, or would be open to being in a cover band as long as they do the rock/metal genre. “I would definitely love to work with somebody if they were willing to work with me,” she says.

Gironda connected with music at a very young age. “When I was in elementary school and sang in church, people around me said I should take singing lessons.” Then in fourth grade, she learned to play a few instruments, but singing and musical theater were her biggest passions as she grew up. “My first dream of fame was actually doing Broadway. I remember when I was young, when I used to look at and read in the paper (about plays) and I would ask my parents, ‘Can I do that?” But my family’s definitely more on the education side of things. But I just have a connection to it. I just get emotional.”

The connection has never been totally severed. Consider her melancholy days post-college. “I was dating somebody for five years and after college that ended. There was a two-year gap where I just didn’t do anything,” she recalls. “I didn’t sing or anything, I guess because my heart was broken. I kind of lost passion all together for a while.” She then met someone who was fond of Renaissance faires. “He said, ‘You should do this,’ and then that inspired me to get back into my singing again, and I’ve been doing it ever since.” She took a role with the NJ Renaissance Kingdom Players in 2010, performing at both the Bucks County Village Renaissance Faire and Warren County 4-H Fair as a member of the Kingdom Singers Group. About that same time was her solo performances for the Jamnesty Benefit concerts sponsored by Amnesty International in 2009 and and 2010 at Science Park High School in Newark, where she sang he sang “Se Tu M’ami” by Alessandro Parisotti” and “Think of Me” from Andrew L. Webber’s Phantom of the Opera the first year, and “Green Finch” and “Linnett Bird” from Sweeney Todd, and “Lithium” by Evanescence, the year after.

Music has taken Gironda, who works as a librarian at Picatinny Arsenal, to some wonderful places. As a member of the Summit Chorale since 2017, she’s sung at famed Carnegie Hall twice courtesy of Manhattan Concert Productions, a group who requests five or so people from a chorale team to perform. In June of 2014, she was a part of a group performing Haydn’s “Paukenmesse,” and as Christmas approached in 2017, she was on stage again for “Appalachian Winter: A Blue Grass Christmas,” presented by Distinguished Concerts International. She’s performed abroad as well, in July 2018 traveling to Rome and Assisi in Italy, where she sang in Saint Ignatius Church, Saint Peter’s Cathedral, and Saint Francis Church with the Summit Chorale. “I’m Italian and I had an amazing experience singing in Italy,” Gironda says happily. “I felt connected to the people and the culture, as well as felt a sense of peace there.  I have done some singing in Italian as well, and would love to learn to speak Italian and learn more about my culture.”

For Gironda, it always has been about the lyrics and music. “Every time I go to a concert and I hear people sing,” she says, “I get emotional and it just moves me. Everything, from the instrumental end, the music itself, and even lots of times the lyrics, you can connect with maybe what’s going on in your life at the moment.”

Gironda can be contacted via her Bandmix page (www.bandmix.com/operarockstar/), her Facebook page (ToxicFoxy), and on both Instagram and TikTok at @toxicfoxymg.