For Rosaritas Mexican Grill of Mount Olive, It’s All About Giving Back 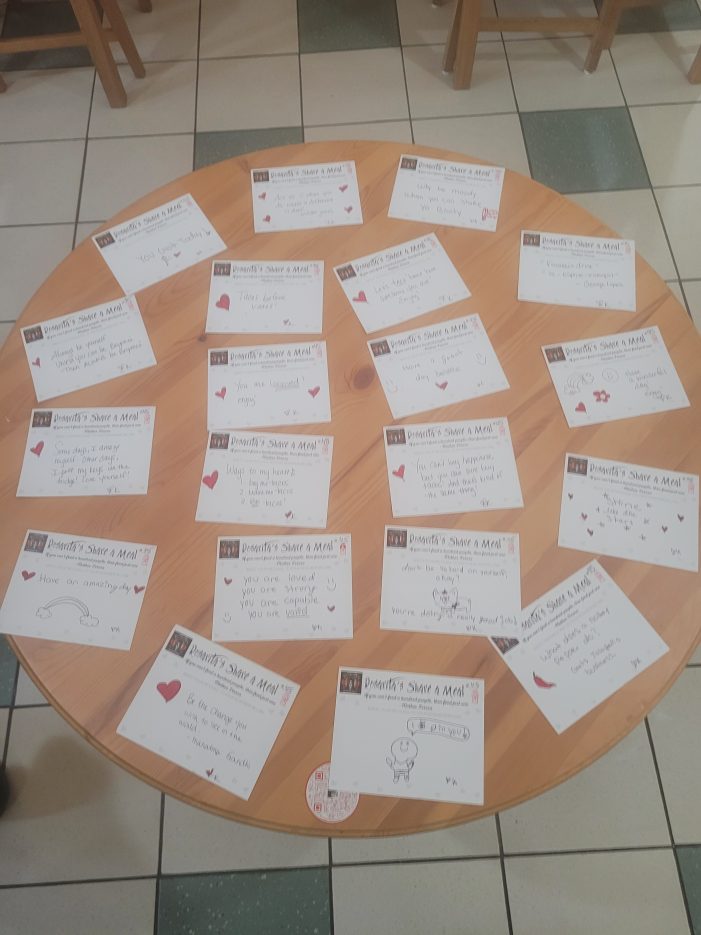 Share-a-Meal cards ready for the taking 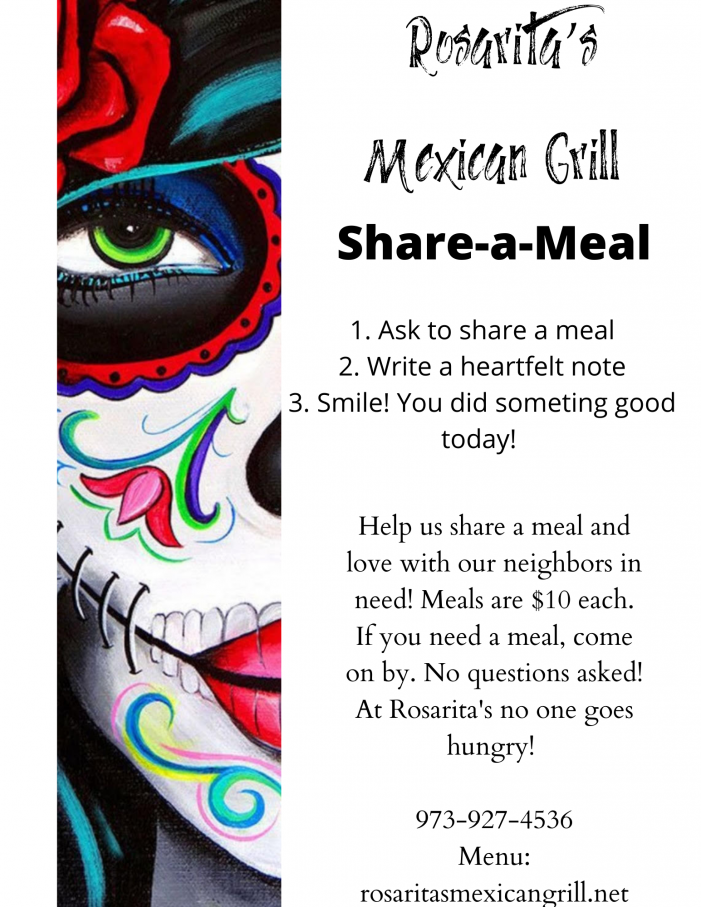 They, with lots of wonderful help, have also spread giving.

Since the ribbon was cut in front of their eatery, the couple and the community have been donating food to the needy with the Share-a-Meal program.

Meg Fonseca explains. “I heard about the idea actually on Facebook. There’s a pizzeria in Chicago, and there’s a huge homeless population there. So, he (the owner) started doing post-its where anybody can come in and they can grab a slice of pizza. Their walls are filled with them (post-its) – the whole restaurant is filled with them. And I said, ‘You know, when we open the restaurant, I would really like to do that.’”

And they have. In 12 months, the Fonsecas – and those who have purchased a Share-a-Meal for others – have donated over 500 meals. “It doesn’t matter if you are on the street, or if you’re a banker, or if you’re in between,” Fonseca states definitively. “If you need a meal, everybody can come and sit and have a meal.” And she knows the need from experience. “It’s really important, especially with me and Alex. We know sometimes what it’s like to not have $1 in your pocket, and I thought it was really important that we have that sense of family and camaraderie in the community.”

Here’s how the Share-a-Meal program works. A donator will select and purchase a $10.66 meal (there are 10 options) either at the eatery or online, and he or she gets a postcard to write a nice wish or wording on the card. The card is then hung up on the Rosaritas Mexican Grill wall, ready for takers. If after a certain time a card or a group of them has not been chosen, the Fonsecas will gather them and prepare meals for delivery to Morristown’s Market Street Mission, the Mount Olive Food Pantry, and other spots where there is a need.

Yes, people are being fed, but there’s the more personal side of this for those who get the card and meal. “And then you (the recipient) keep the card,” Fonseca says. “You keep the card and you have that moment of connection between a human and another human. And I think that’s really important.”

And, if those who have grabbed a Share-a-Meal card at some point and have never used it can’t make it to the restaurant, call Fonseca. She’ll make sure it gets delivered. “We’re trying to get to those people that really do need these meals and that really just need a warm meal in their belly.”

“It does take a village to work together, to raise our kids, to help each other, and to grow with each other,” Fonseca says. “That is something that we’ve always talked about, Alex and I. We have this platform – and I know it doesn’t seem like a platform like a celebrity or someone who has millions of dollars, because I don’t. But at the same time, I wanted that sense of community. I want you to feel like you are part of my family when you sit down at my table, and I want you to feel like you have a place to go if you need a place to go. Whether it’s because you are homeless, because you have special needs, because you are part of the LGBTQ community and you don’t feel safe somewhere or any of those things, I think that Share-a-Meal has hit a lot of those points.”

Fonseca’s goal is to grow the program at Rosaritas. “My goal with the program is to get it so well known, have so many people donating, that every month I can feed at least 100 people – and that’s just the least. I would love to feed 200 people, and that’s just a month. And then in the future, maybe every week.”

Rosaritas Mexican Grill is located at 286 Route 206 South in Flanders. For more information about the restaurant and the Share-a-Meal program, visit www.rosaritasmexicangrill.net, or call (973) 927-4536.