For the Love of Animals, Local Author Shares Stories of Adoption and Rescue 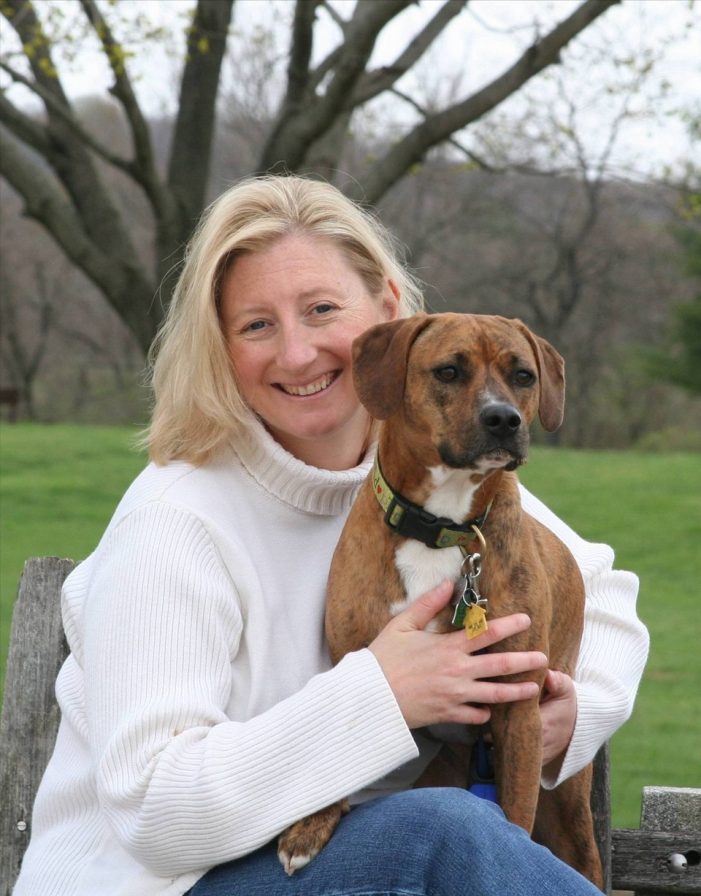 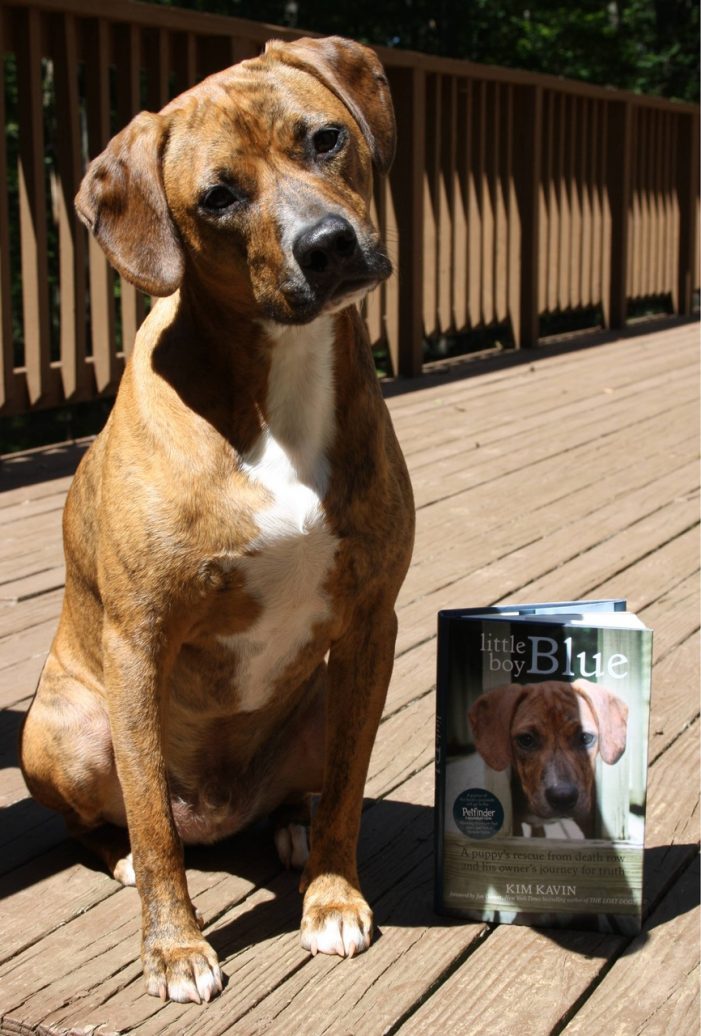 Blue poses happily with a copy of Little Boy Blue

“I was the kid who won the spelling bee in elementary school and ended up being the editor of the high school newspaper. My guidance counselor and all the English teachers all looked at me and said ‘off you go to journalism school’ and that’s what I did,” Kavin says.

If you sit down with Kavin, you’ll likely hear Blue barking in the background. He’s a lovable rescue with a heart of gold. It all started innocently enough as Kavin was searching for a new four legged family member.

Cue Little Boy Blue, a special story on Blue’s journey to New Jersey and Kavin’s efforts to learn more about where he came from.

“That book came about because I had adopted a dog 12 years ago online through PetFinder.com and that was something still very new back then. The way it worked was that you typed in your zip code and they showed you locally available dogs. I thought I was adopting a dog that was local and it was only after I went through the application and approval process that they told me that the dog was down in North Carolina,” Kavin shares.

When Blue arrived at the Kavin household, he had some minor health issues and off to the vet he went. The veterinarian was confused about some of Blue’s health issues and questioned Kavin about where he had come from.

“The more and more I started to look into Blue’s story of where he came from and how he got here, I realized it was much more than just a story about a dog. This was a story about how the nature of dog rescue in America was changing,” Kavin says.

Little Boy Blue was one of the first books on the market that delved into the changing business model of dog rescue in the country and how Blue was an example of the good things and the not so good things that came along with these changes.

Blue’s background eventually revealed that he came from a shelter with a really high kill rate. The shelter that Blue came from euthanized their animals in gas chambers. After the book came out, Blue and Kavin were interviewed on CNN to promote the book itself and with the books help, the gas chamber at that particular was dismantled forever.

After the success of Little Boy Blue, Kavin’s publishers really encouraged her to do a follow up book. She thought and thought about how to make a good follow up piece. As she looked around for an angle that was different, she attended a No Kill conference. While there, she was at breakfast and a few women sat down at the same table. As they sat, the women were in the midst of a conversation that they had just returned from a dog auction. That’s when Kavin’s ears perked up.

“I’m listening to them talk and I said ‘excuse me? What are you talking about that you are just back from the dog auction?’ and they said ‘yes, if you go to Missouri, they have dog auctions where you can get rescue dogs.’ I had never heard of anything like this so I naturally felt that I needed to check it out,” Kavin recalls.

She boarded a plane and headed off to Missouri. These auctions are open to the public and Kavin spent the whole day at this dog auction. What Kavin discovered was that the auctions were mostly breeders in the room selling dogs to each other to use as breeding stock.

“As I was there, I was thinking about what I heard at this No Kill conference and I’m watching as non profit rescuers are bidding on and buying these dogs from commercial breeders. These are the same non profit rescuers who go online and say that commercial breeders are puppy mills and are evil, awful people who need to be shut down. I’m sitting there watching them give money in this room for hours and hours on end. I’m slowly realizing that this is very different from what happened with Blue,” Kavin remembers.

It struck Kavin as a real different definition of the word “rescue”. She traveled back home and wrote down her thoughts. After composing those thoughts, she realized she had the very first chapter of her next book, The Dog Merchants.

All in all, Kavin’s love for animals shines through in her books. From rescuing Blue to shining a light on how the business end of rescue is run, at the end of the day, it’s all about the animals. Kavin herself is an animal foster mom, having had about 20 foster dogs and puppies come through her house. She also adopted and rehabilitated a challenging dog that nobody else wanted.

“I often get accused of hating rescue, and I can promise you that isn’t what is happening. I’m the biggest proponent you’ll ever meet of responsible rescue. How we’re going to define that is an interesting conversation and that’s what a lot of my stories are about,” Kavin says.

All of Kavin’s books are available on Amazon.com. To learn more about Kavin, visit www.kimkavin.com.