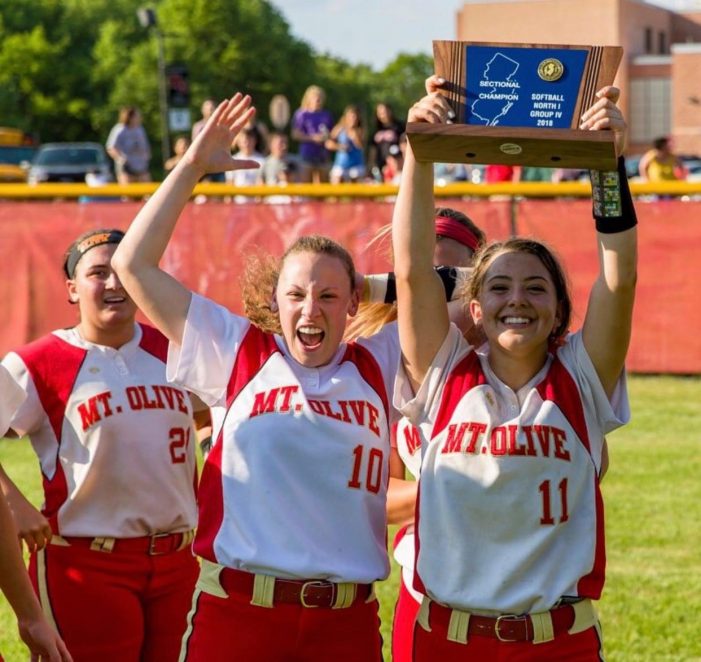 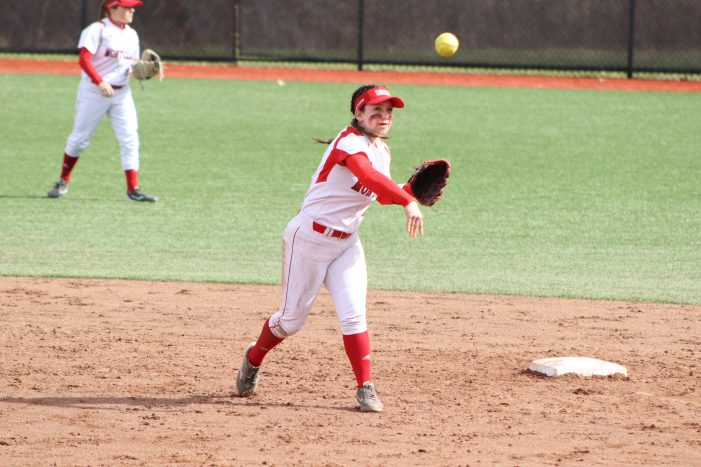 For Alyssa Borozan, playing shortstop this season for the Montclair State University Red Hawks softball team was certainly a change, but she was up to the task.

“I hadn’t played shortstop since I was younger,” Borozan says. “So, to be back in the position, it’s different than being an outfielder, so I had to just get back into learning it, and the biggest challenge I think was just getting my confidence in the spot.”

Challenge accomplished. After all, the MSU senior is no stranger to inheriting different defensive positions on the diamond to help her team. During a softball career that has taken her from Mount Olive youth sports to Mount Olive High School, and then to County College of Morris and now Montclair State, she’s been a catcher, left fielder, and both a starting and relief pitcher. “I’d been playing left field all four years of high school – I was a left fielder and a pitcher – and at CCM I was a catcher, and I came here and I was a left fielder all last year,” she explains. “I really felt confident in left field. I was a good player, I could make good plays, and I wanted to have that same confidence at shortstop. I think as we play more games, that confidence has been building for me.”

If wishing to tag Borozan with a nickname, perhaps “Confidence” is it. The attribute is perfect for her, as is gratitude. Prior to Montclair State, Borozan spent two years at CCM, and she recognizes the special times in Randolph under coach Greg Wardlow. “That was a great team to be a part of,” she says. “We went to the Junior College World Series my freshman year. I was a catcher there, and I hadn’t been a catcher since I was 10 or 11 years old, but they needed a catcher.” She adjusted, and was named Second Team All-American in the junior college sect. “That program provided a great stepping stone for me in my transition from high school to a four-year college. It was just a great transition place for me.”

It all started in Mount Olive, where in addition to softball, Borozan also played field hockey and basketball. “Playing sports at Mount Olive was always such a great experience,” Borozan says happily. “It was probably one of my favorite parts of going to Mount Olive High School, just because the school, the teachers, and the coaches all supported all the different sports teams.” Borozan was a freshman starter for head coach Billy Romano, and the newcomer was welcomed and played like a veteran. “I think I really proved myself as a left fielder, that I could hang with the older girls, play at the level of the seniors. Throughout my career, there were different trials and tribulations, but there were also some great moments.”

Borozan feels her sophomore year was perhaps her best. One highlight reel moment that 2016 season was her two-run homerun in the last inning that gave the 8th-seeded Marauders a huge 2-1 upset over the top seeded Ridgewood Maroons in the North I Group IV tournament’s second round. “That was one of my favorite memories. We won that game, and upset the number one seed.” She got her 100th career hit during her junior year against Pequannock, and then in her senior season, in addition to playing left field, she recorded 25 strikeouts as a pitcher while posting a 4 -2 record, and she finished her Mount Olive career by batting .513 with 28 runs batted in and 24 runs scored. The 2018 Marauders finished with a 21 – 6 record, and the club won the North I Group IV title. “That was also an amazing memory,” Borozan recalls. “I remember so distinctly pitching eight or nine innings. We had Lindsey Walter come in in the 10th, and winning that game just meant so much to me as a graduating senior and to my team. It was just a really great softball program. It made me the softball player I am today.”

Entering MSU after her time at CCM, Borozan during her junior 2021 season batted .308, and had 20 hits and 19 runs batted in while starting every game. She also led the team with six stolen bases while being named to Second Team All-NJAC (New Jersey Athletic Conference), and she credits 32-year head coach, Anita Kubicka, with encouraging her. “Coach Anita pushes you to be the best player you can be. Even when you think you’re doing all you can, she tells you that you can do even more than that. And when you’re down on yourself, she always still believes in you, that you can do better, every time you go out on the field. She’s always reiterating that to us.”

And Borozan, who thus far in 2022 has 42 hits and is batting .404, may play in 2023 for the Red Hawks. She has applied to graduate school at Montclair State, and hopes one day to be a family and child therapist. “If I get into this grad school, which I should hopefully, I could actually play a fifth year as a graduate student at Montclair if my schedule allows.”