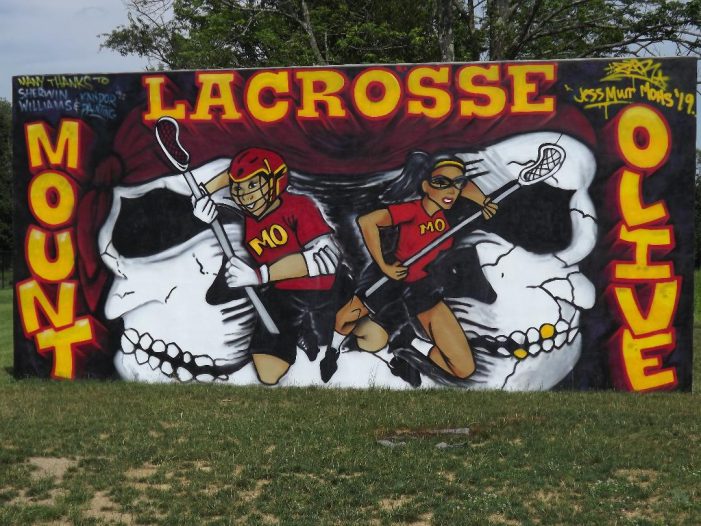 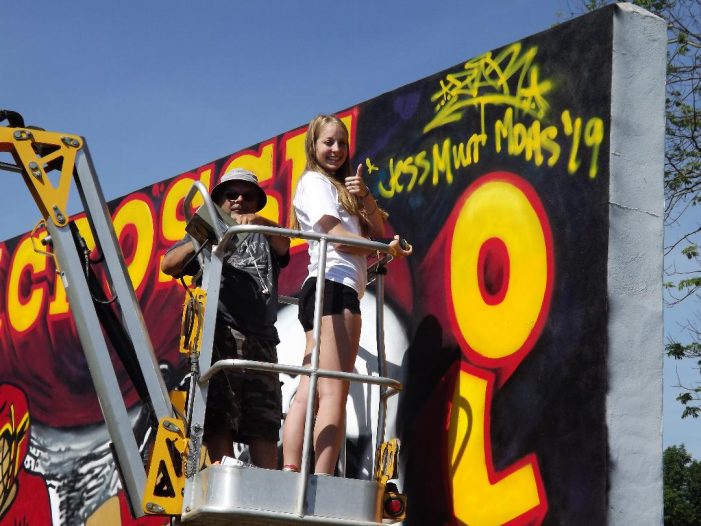 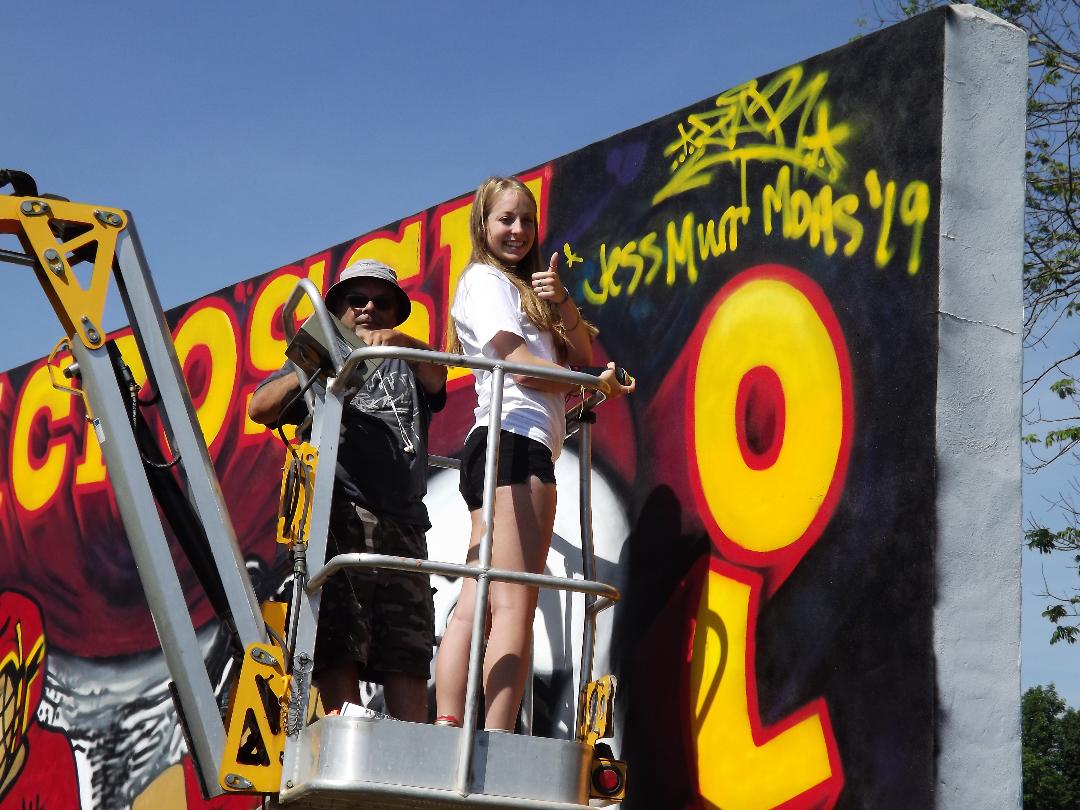 The Mount Olive Lacrosse Club used to use a gray, drab concrete stone structure as its bounce back wall for throw-and-catch practice for lacrosse players.

But John Helder, president of Mount Olive Junior Lacrosse Club, said that the club wanted something more eye-catching and enticing to help inspire players to practice that particular skill for longer stretches of time while displaying community pride.

Murr, now a freshman fine arts major at the Savannah University of Art and Design in Savannah, Georgia, is a friend and former art classmate of Lexi Helder, John Helder’s daughter.

After a few artist renderings, Murr came up with an awe-inspiring poster of two lacrosse players busting out of side-by-side skulls in a 3D style that she noted represents power and grace, with superhero-like qualities.

A self-taught graffiti writer/artist from New Jersey assisted with spray painting the empowering, breathtaking street art-like drawing onto the wall, which is located at Drakes Brook Park in Flanders.

“The president (of the lacrosse club) wanted to show the competitiveness of the team while showing Mt. Olive pride,” said Murr, an ex-two-sport high school student athlete at Mt. Olive. “I actually spent a lot of time researching different ideas and styles. I actually came up with a few designs, and people seem to like the final one.”

Helder said lacrosse players and people from other towns have had favorable reactions to the mural, giving it thumbs up praise.

“The kids are up there all the time playing and commenting how cool the wall is,” Helder said. “Visitors from other towns are always commenting about it.”

Murr grew up painting and drawing as a form of self-expression. She has decided to pursue a career in art making, studying visual effects such as prop making, including creating fake gore, of course, for TV/films for that ultimate hands-on creative experience.

But the creation of the mural helped Murr, a former Marauders soccer player and track and field athlete in high school, get in touch with her art roots while connecting with other athletes and friends. She said it gives her a sense of accomplishment and a measure of community notoriety.

“It brought my name out,” she said. “It was a good opportunity to get my artwork out there, and support my town. It was nice to see some of my friends out there on Instagram, and other people being positive about the mural on social media.”

While Murr loves being an artist in beautiful, sunny Savannah, she does miss her family in New Jersey and competing in sports, as she said it taught her so much about working as part of a team.

“I miss my family, my teachers, and my coaches,” Murr said. “I really miss playing sports because it was great being on a team and being competitive. It taught me so much on how to work on group art projects, which I’m doing a lot of now.”

But how does Murr feel about the mural? “I’m proud of it. As long as the people in the lacrosse program like it, I’m going to be proud of it.”