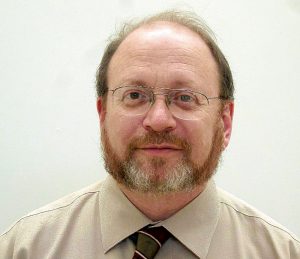 Rabbi Steven Bayar, rabbi emeritus of Congregation B’nai Israel in Millburn, will lead an insightful three-part series at 1 p.m. on Thursdays, Jan. 13, 20, and 27, via Zoom. The series, titled “Jewish Perspectives on Freedom,” is coordinated by the National Council of Jewish Women (NCJW), West Morris Section Our Jewish World program, co-chaired by Ilene Dorf Manahan and Melanie Levitan, both of Morristown. The program is free and open to the public.

The first session, on Jan. 13, will focus on this question: What is religious freedom? What does “religious” freedom mean? How did Jewish sages and traditional texts interpret the concept of freedom? “We will be delving into the concepts of free will and look at how both ancient and modern sources interpret this concept,” Rabbi Bayar notes.

For the second session, on Jan. 20, Rabbi Bayar will examine what constitutes political freedom. Is political freedom a requisite in Jewish tradition? “We will explore the texts and events of the destruction of the Second Temple and relate the rabbinic response in its aftermath to the present-day state of Israel,” he says.

Finally, on Jan. 27, the emphasis will be on this question: What is free will? That is, how do people define “free will” today? How did the traditional texts and modern philosophers interpret free will? Is free will related to freedom? What are the practical applications of these answers?

Rabbi Bayar was ordained by the Reconstructionist Rabbinical College and served pulpits in Greenbelt, Maryland and Spring Valley, New York before coming to B’nai Israel Congregation in Millburn in 1989. He is the co-author, with Francine Hirschman, of Teens & Trust: Building Bridges in Jewish Education; with Ilene Strauss, of Rachel & Mischa, and with Naomi Eisenberger, of You Shall Teach Them Diligently to Your Children: Transmitting Jewish Values from Generation to Generation.

He was the lead author of the ZIV/Giraffe Curriculum (Righteous Persons Foundation) and, as co-founder of Ikkar Publishing, has written more than 40 curricula, ranging from the “Philosophy of Moshe Chaim Luzzatto” to “Teaching Jewish Theology through Science Fiction and Fantasy.” Rabbi Bayar is a member of the Rabbinical Assembly and Rabbis Without Borders, and has trained as a hospice chaplain, a Wise Aging facilitator, and served as a trainer for #GamAni (the Jewish #MeToo Movement) for creating safe workspaces. He proudly teaches at the Golda Och Academy in West Orange. He is also the director of JSURGE (jsurge.org).