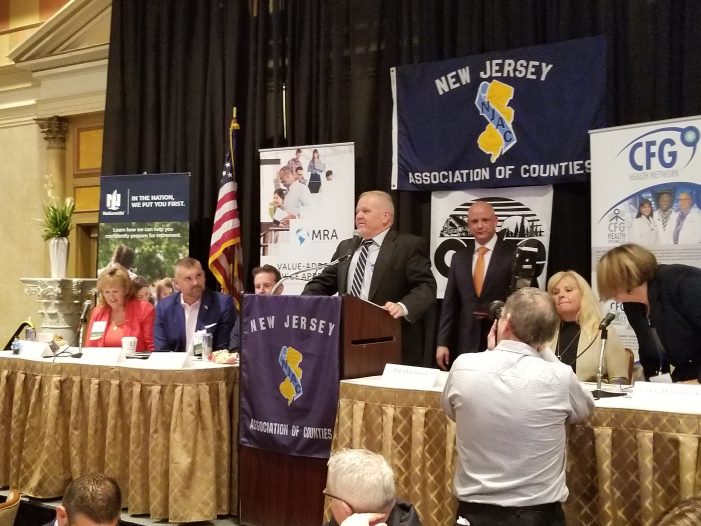 Cabana, who is a Boonton Township resident, was one of a dozen freeholders from across New Jersey to be honored for their leadership, commitment to county government, and 20 years of public service as elected freeholders.

The award was made during the President’s Luncheon at NJAC’s 69th annual county government convention, this year at Caesar’s in Atlantic City.

Freeholder Cabana is the longest-serving member of the Morris County Board of Freeholders, having joined the board in April 1997.

A past president of the New Jersey Association of Counties, it was under Freeholder Cabana’s leadership in 2006 that the association became an initial driving force behind the now popular concept of “shared services.” He continues in 2019 as Morris County’s representative to that statewide association, a role he has held since 1999.

Freeholder Cabana is an attorney who received his law degree from Seton Hall University School of Law.  He also has a degree in business management from Ithaca College.