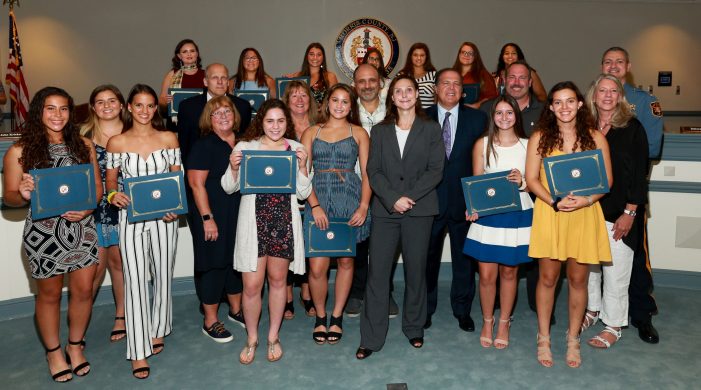 BOTH TEAMS MADE IT TO 2019 LITTLE LEAGUE REGIONAL SEMI-FINALS

The Morris County Board of Freeholders last night honored two outstanding Little League teams from Morris County, both state champions who battled to the Eastern Regional semi-finals this summer in bids to make it their respective Little League World Series. 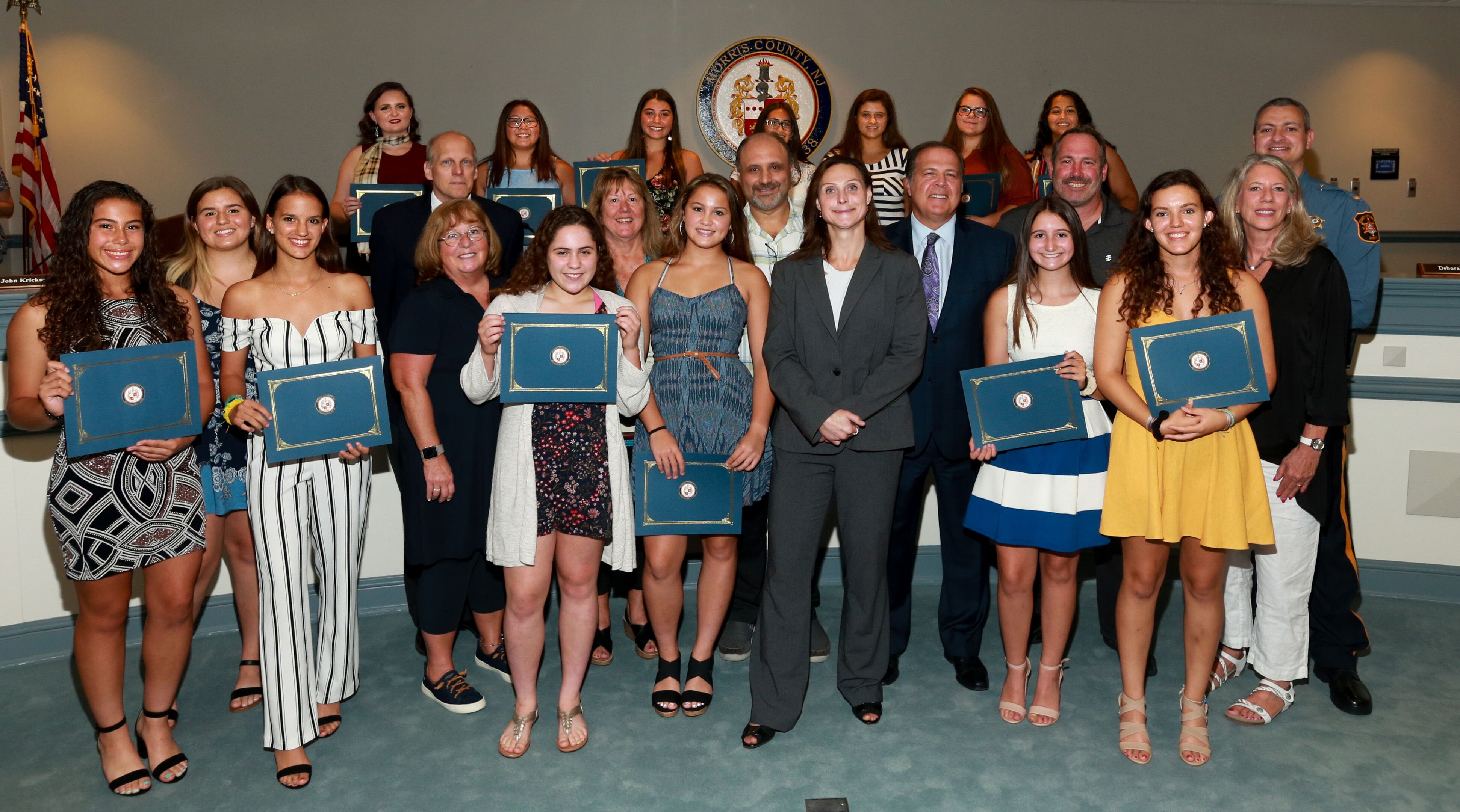 “On behalf of all of the residents of Morris County, we are extremely proud of these talented young men and women who represented themselves, and their state, county, and hometowns with strong resolve, impressive teamwork, and a great attitude,” said Morris County Deputy Freeholder Director Heather Darling.

“Their efforts against the best-of-the-best teams from states across the Northeast were outstanding. “We could not be prouder of these young people,’’ said Morris County Sheriff James M. Gannon.

All of the players on both teams received county and sheriff’s certificates of congratulations for their excellent play and sportsmanship.

The Morris County’s girls softball Little League District 1 All Stars, comprised of players mostly from Dover and the Rockaways, plus a few players from Parsippany and Wharton, went to the semi-finals in the East Regional Tournament before succumbing to the team from Pennsylvania, which played in the finals.

The Dover/Rockaway girls went 4-2 in the regional tournament, defeating Maryland, Delaware, New York, and Connecticut, and losing only to the powerful Pennsylvania team.

The Morris County girls earned a spot in the regional event as New Jersey Senior League state champions with victories over Northfield and Jersey City/Bayonne.

The boys baseball team from Randolph represented New Jersey as state champions at the East Regional Senior League Baseball Tournament in Bangor, Maine after winning the 2019 Senior League State Championship. The Randolph boys defeated teams from around the state, including Secaucus, Buena and Freehold, after beating Vernon in the sectional tournament, to advance to the regional competition.

The Randolph boys finished 2-2 in the regional competition, defeating New York and Maryland, while losing to Delaware and then to Pennsylvania in the semi-finals — that one a heartbreaking 11-10 loss in extra innings.

Making the regional tournament was quite a noteworthy achievement for the Randolph players, coaches and manager since this is the first recreational level team from North Jersey to represent the state in this double-elimination tournament in more than 20 years.