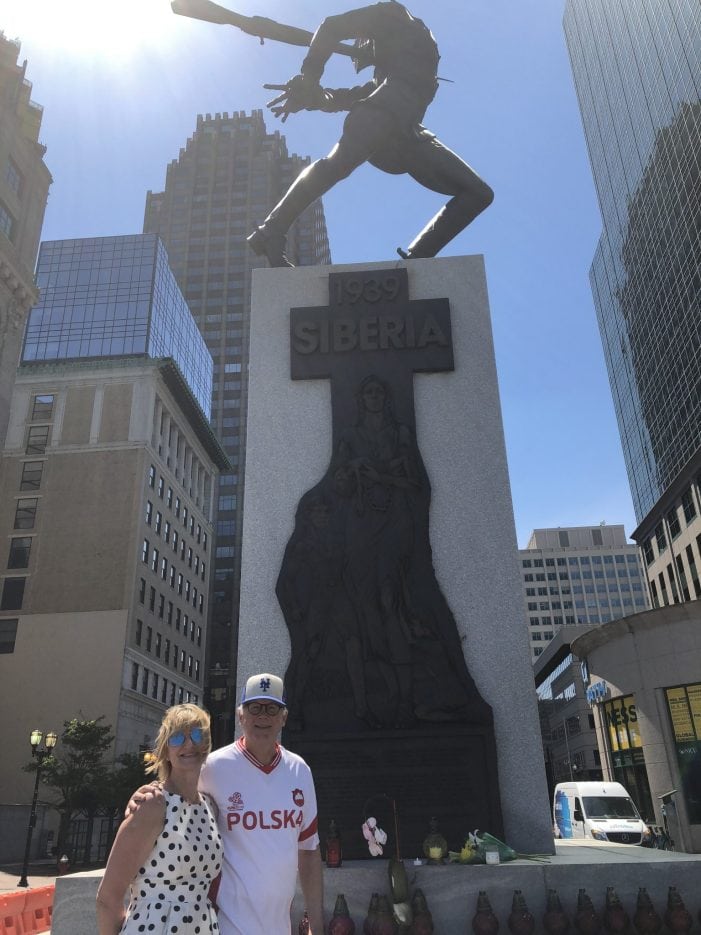 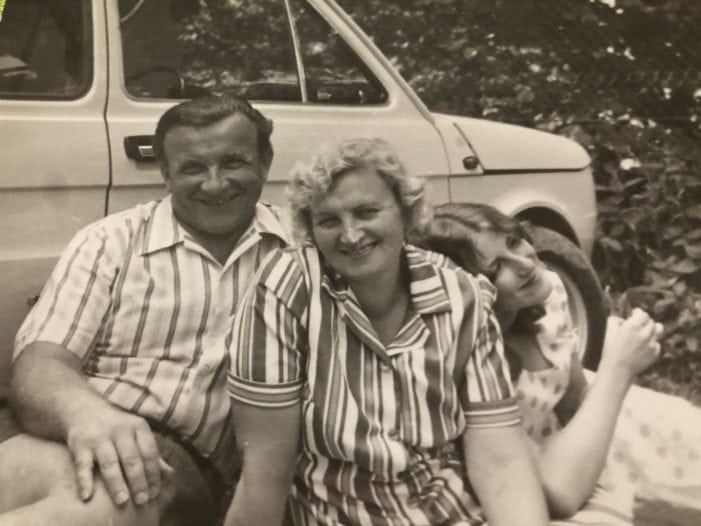 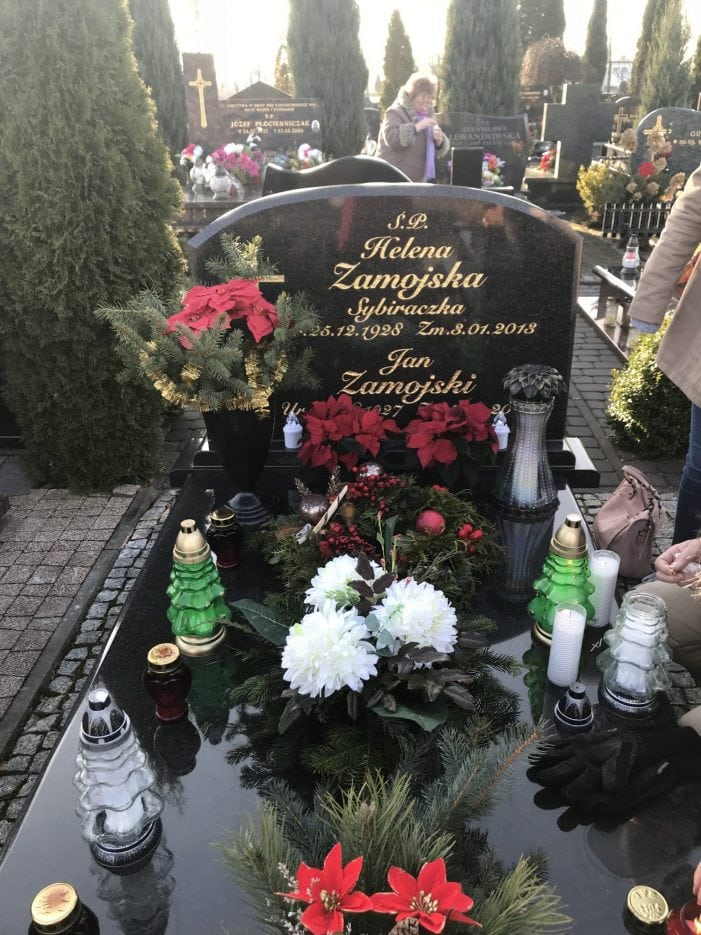 “A picture speaks a thousand words” holds true for Budd Lake resident Dorota Kearney who was recently surprised when she opened the “New York Times” and saw her late mother’s picture. 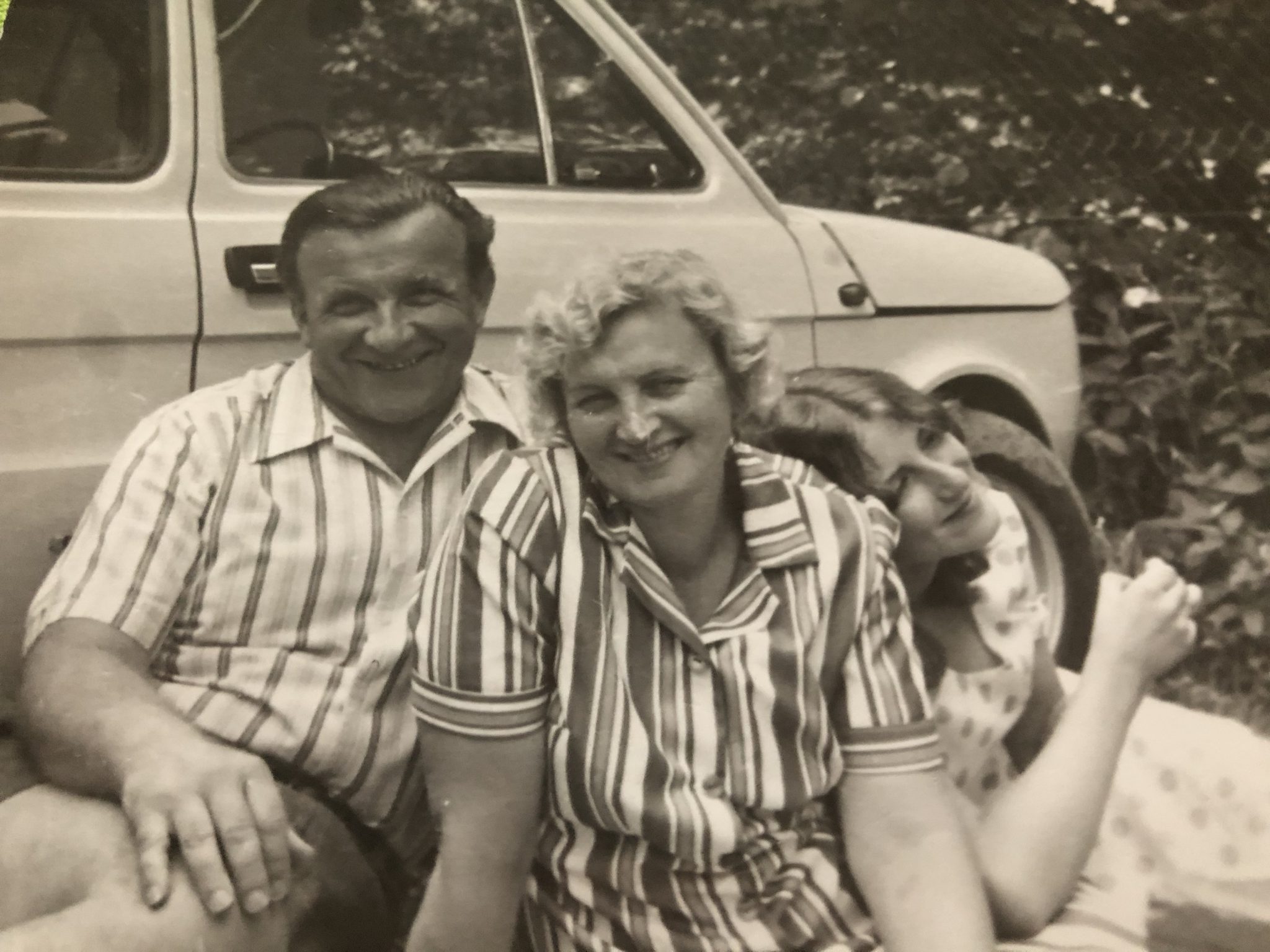 Kearney, a teacher at St. Joseph School in Mendham, has been closely following the controversy over a World War II memorial on the Jersey City waterfront, near the Exchange Place PATH Station. Renting an apartment in Jersey City near the monument since 2017 with her husband, Tim, so he could be closer to his job in New York City, got her connected.

The sculptured monument, known as the Katyn Statue designed by artist, Andrzej Pitynski, was erected in the 1980s to commemorate the World War II execution of 22,000 Polish officers by the former Soviet Union in 1940 as well as the wartime Siberian exile of some 350,000 Polish citizens, according to Kearney.  The monument also memorializes sacrifices in the World Trade Center attacks on 9/11.

This past April, Jersey City Mayor Stephen Fulop attempted to relocate the sculpture to allow for a redevelopment of the current Exchange Place site.  Since then, an ordinance passed in June by the Jersey City Council authorized the relocation of the monument one block south to York Street has been put on hold with the gathering of 6,796 signatures from the community protesting the move.

The situation is personal for Kearney, who grew up in Poland and is the daughter of a Siberian exile.  Her mother, Dr. Helena Potoniec-Zamojska, was deported to Siberia in 1941 at the age of 13 and was kept there until 1946.

“My mother and grandmother were a part of the last deportation in June of 1941,” says Kearney. My mother was 13 when they were deported to Siberia and the soldiers gave them 20 minutes to pack; the train ride took weeks. They spent the five years in Krasnoyarski region of Siberia. My mother attended Russian school and my grandmother worked on cooperative farm (Sovchoz).  They suffered shortages of everything basically and my mother was sick with typhoid fever and malaria several times while there,” as well as malnourishment, and homesickness. 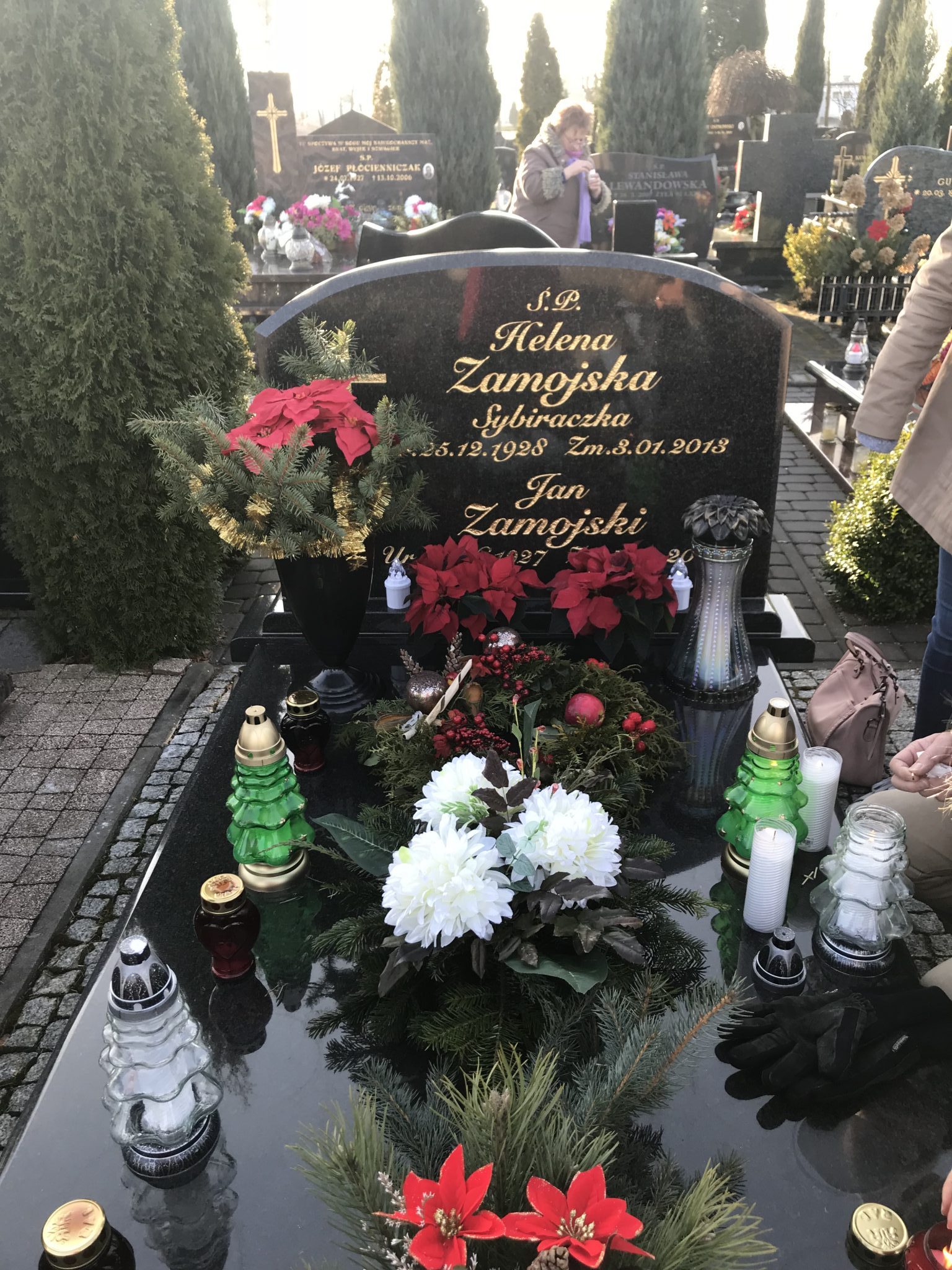 “My mother and grandmother returned to Poland in 1946,” says Kearney. “She was fortunate to return to Poland; Polish Catholics and Jews were allowed to return though Polish citizens of Lithuanian or Ukrainian nationality had to remain behind,” explains Kearney. Upon return, her mom studied dentistry, “was one of the first graduating dental school classes in post war Poland,” practicing for more than 40 years.”

Kearney grew up in western Poland and came to the United States with her fiancée in 1981, living in Mt. Olive since 2012 and in Mendham 14 years prior. While her mom visited her a few times in the U.S., her parents remained in Poland, until her mom died five years ago in 2013, followed by her dad last year.

Kearney regularly goes to the monument in Jersey City to place flowers and reflect.  During a demonstration she added a photo of her mother and her friend Luzia Hoch in Siberia, just before repatriation.  They were friends in Poland, had been deported together and remained in contact well into the 1970s.

“I put my mother’s photo at the monument at the beginning of May just as the controversy started,” explains Kearney. “I actually recently found that photo when my sister and I were liquidating my parents’ apartment in Poland after my father’s death last year. I always believe that photos of real people make any story more human, and it was the best I could do to bring my mother here since she is no longer living.”

Kearney later learned that “when a reporter from the “New York Times” came to the monument in April during the height of that controversy, he took a picture of the picture I placed there,” she explains. “The picture is still there actually as I place a new copy almost every week.”

When she saw her mother’s photo in the May 12 paper she says “I totally started crying; couldn’t believe my eyes.   At first I was surprised that the “N.Y. Times” even covered the monument controversy in such detail, and then I looked to the bottom of the page and saw the photo. I was so happy and proud of my mom.  I emailed the link to all my friends and relatives. It was a bit surreal; I just wished my parents were still alive so I could show it to them.”

Her parents are gone and her only sibling, her older sister Margaret, lives in Paris, France. Visiting the monument allows Kearney to hold on to her roots and not forget the past struggles her family and other Polish people went through.

As a teacher and daughter, Kearney says she believes that this and other such monuments are important reminders of how human sacrifices impact the world. Whether the monument stays or gets moved to a new, contemplative park on the waterfront, Kearney plans to be “a frequent visitor.”

“The monument always gave me comfort knowing that my mother” suffering is not forgotten,” explains Kearney. “My childhood was deeply affected by her experience, similar to other type of children of survivors.”