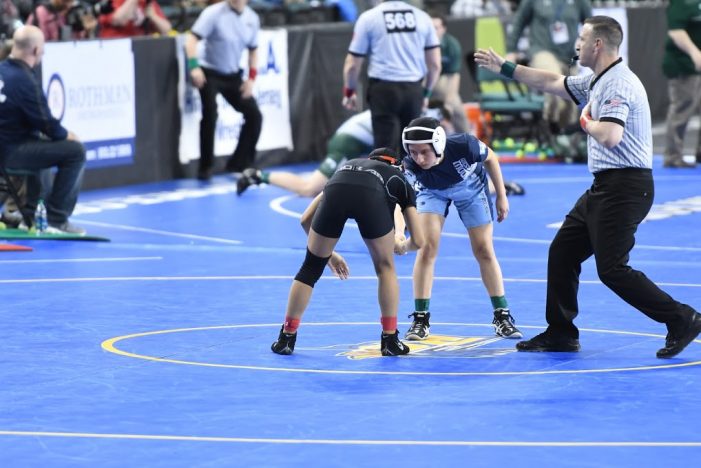 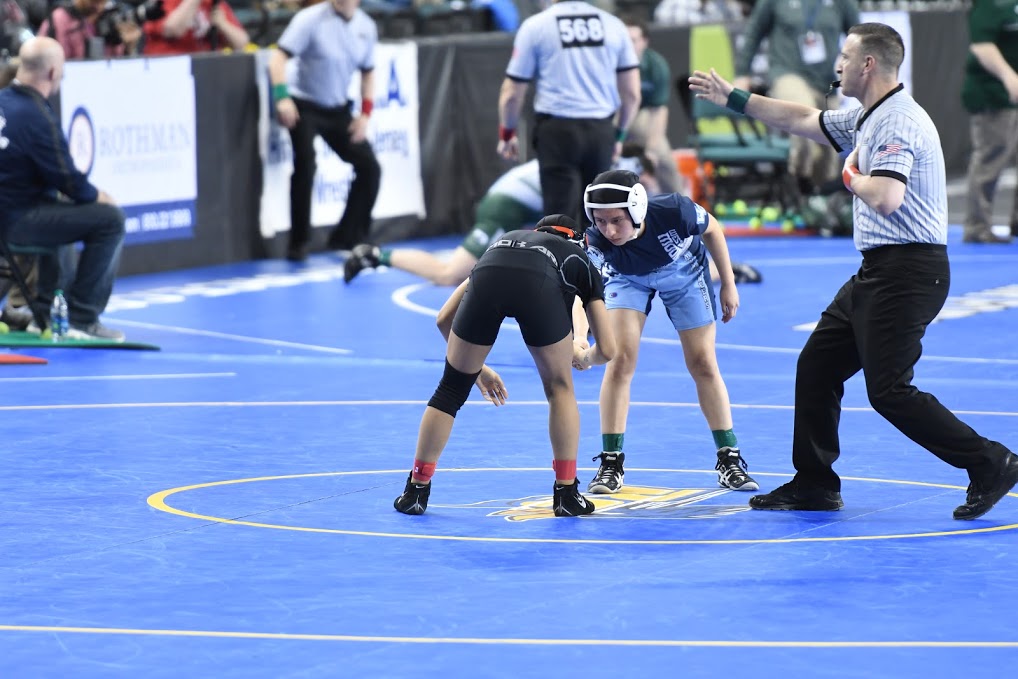 A freshman at the time, Daniela Tacuri joined the West Orange boys high school wrestling team to stay in shape for soccer.

“I never heard of female wrestling until my friend Sandy talked about it,” Tacuri said. “I didn’t think girls could do that. I did not know how wrestling worked. I didn’t even know how to do a takedown.”

From a complete novice who took her lumps, to a fierce competitor, the junior came close to beating Manasquan’s Bella Serrano, a senior who was ranked No. 1 going into the tournament.

In fact, the second-seeded Tacuri was ahead, 4-2, but Serrano scored a takedown with 20 seconds remaining in regulation to force overtime.

In the extra session, the more experienced Serrano took Tacuri to the mat again, for the win and Garden State title.

Though Tacuri — who posted an impressive 13-4 record against females during the season — went down in defeat, she said she walked away with several positives and is ready to work hard to reach her aspiration of winning states next year.

“It was amazing,” the Mountaineer grappler said of wrestling at states. “It was mind-blowing. It felt overwhelming. Not a lot of people get to go to A.C. I learned from that (the loss), so I understand that type of intensity (now) and what it takes to be a state champ.”

As for Tacuri’s parents, they weren’t completely sold on their daughter competing in a rough-and-tumble sport such as wrestling. However, Tacuri said they had a change of heart after they witnessed her mat prowess at Regionals, which she won.

“At first, they didn’t understand what I was doing,” she explained. “I came home with bruises and ice on my shoulder. But they came around once they went to Regionals. That’s where it clicked (for them). They saw that I was good at wrestling.”

But Tacuri wasn’t always a gifted grappler. She said she poured every ounce of her being into the sport and persevered through hard times to become the wrestler she is today. She made history along the way by becoming the first female on the team to beat a male on the varsity level.

“Everyone was cheering and screaming,” the Orange-born Tacuri recollected of the historic victory. “When I got to the bench, everyone hugged me. It was a great feeling.”

Tacuri would love to pursue wrestling on the collegiate level, but she said academics come first for her. The plan is to study nursing in college and find a school that fields a female wrestling team as well.

“If I’m able to do both, even competed at the D-I level, that would be great,” said Tacuri, who volunteers at a physical rehabilitation institute in West Orange. “But I love nursing. I’ve learned that education comes first since my parents grew up poor.”

Tacuri will play lacrosse for the Mountaineers this season and will train with Total Force Wrestling Club in Pine Brook in order to improve her conditioning and mat skills.

She said she knows that being a top, successful wrestler doesn’t occur by happenstance. It takes tons of painstaking practice and conditioning.

“You need to know what you’re doing (on the mat),” she said. “It’s (wrestling) extremely technical. You just can’t go on the mat without being prepared.”

With that mindset and relentless work ethic, Tacuri plans on being second to none next season.