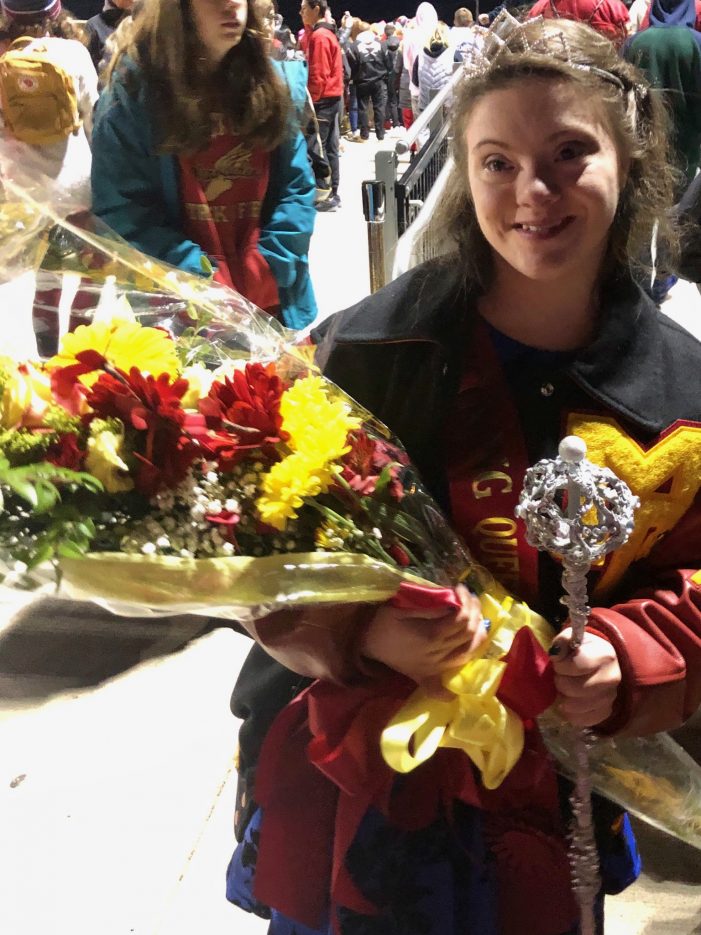 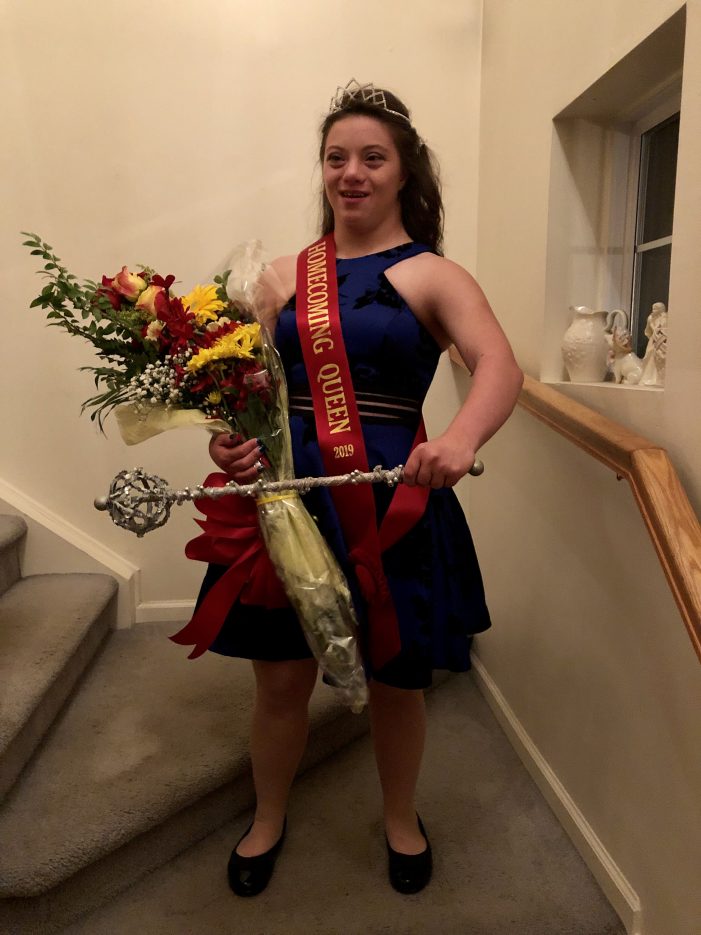 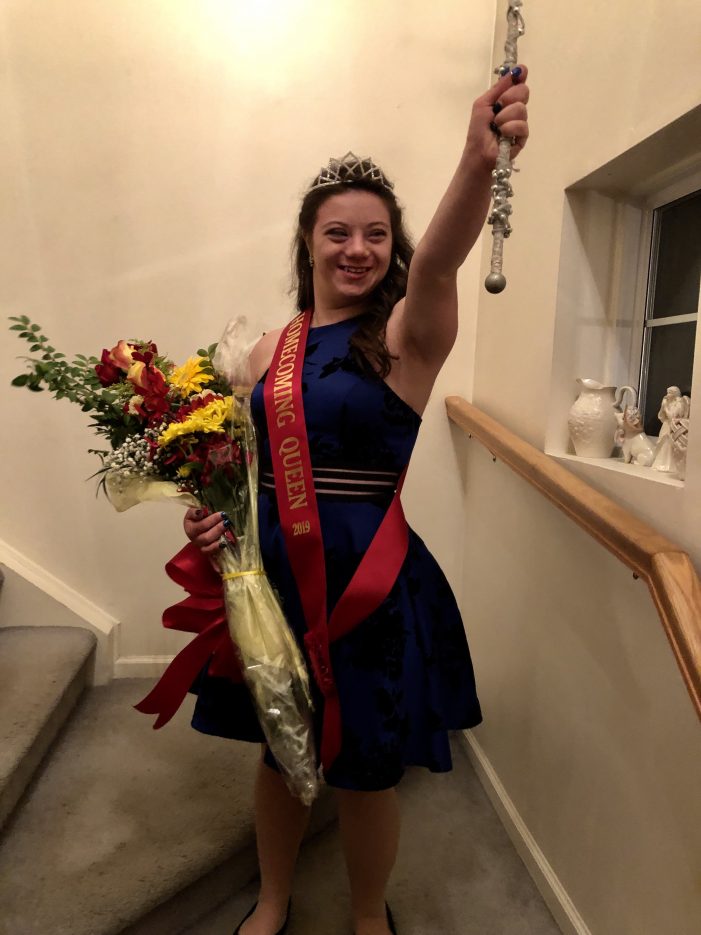 It was a wonderful evening.

Homecoming Game at Mount Olive High School is always a very sparkling event, and Friday, October 4 was perhaps the most special of them all. 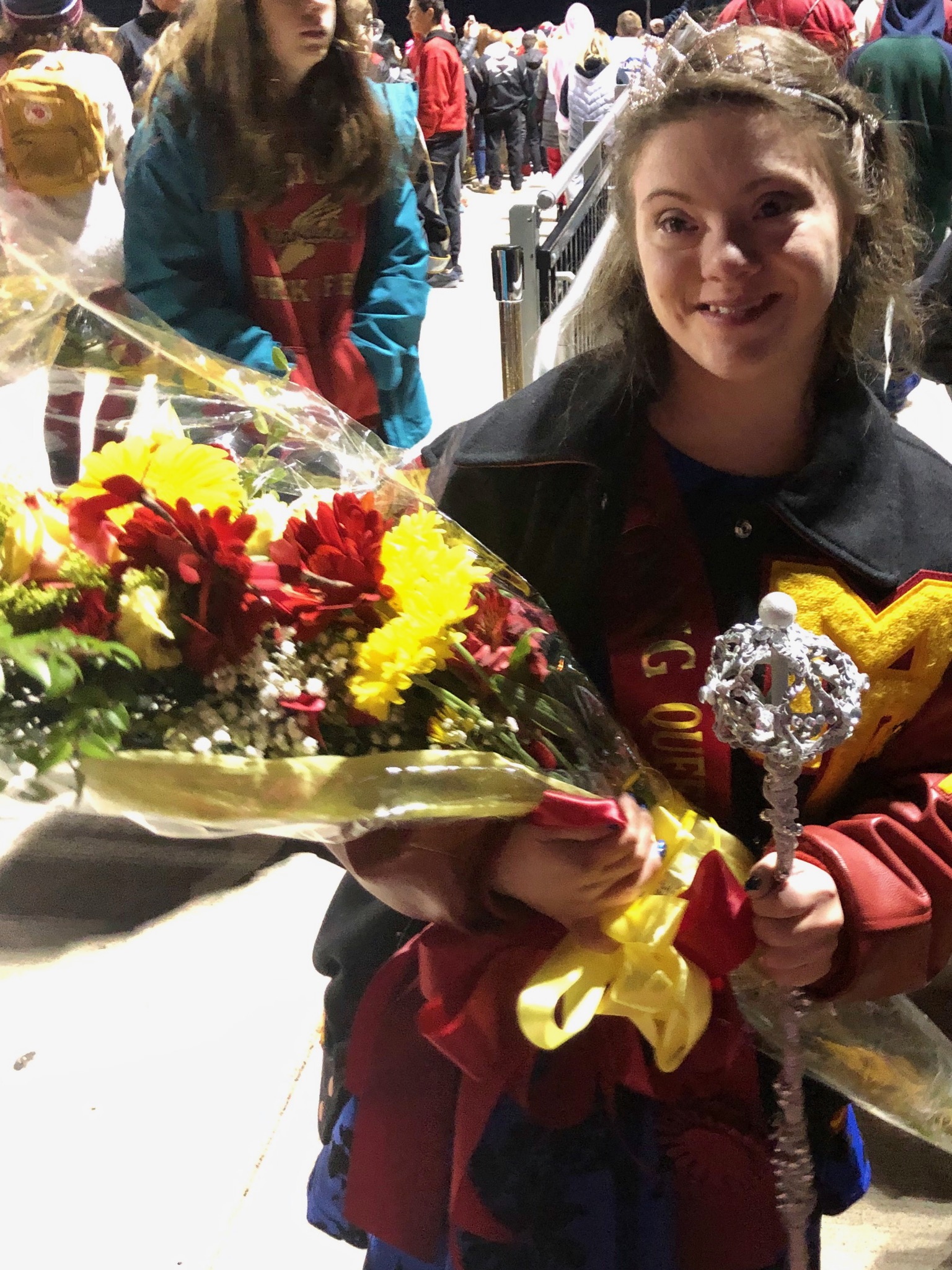 Not only during the chilly evening did the Mount Olive Marauders hold off the Randolph Rams, 15 – 13, in a terrific game, the awarding of the Mount Olive 2019 Homecoming Queen was a heartwarming tear-jerker.

19-year-old Gabriella Grace Parisi (aka GiGi), a senior at Mount Olive High School who has Down Syndrome, was announced as Mount Olive 2019 Homecoming Queen.

“The moment when Gabriella was crowned Mount Olive 2019 Homecoming Queen was surreal,” says her mom, Rosemary Parisi. “All my fears and worries for my daughter were washed away in an instant.  I realized love surrounds her, and not just familial love, but societal as well. The Mount Olive School community just elected GiGi as their Homecoming Queen. Her life is great! She is safe, loved, and appreciated for her uniqueness.”

GiGi was elected to the Homecoming Court a few weeks prior by her peers. “Mount Olive did a photo shoot and we prepared a resume together. These items were then displayed in the Homecoming Election Showcase in the high school,” says Parisi.

Gabriella is a lifelong student in Mount Olive, very active in the community, and currently interns at the House of the Good Shepard in Hackettstown, where she affectionately calls everyone her ‘grandma’ and ‘grandpa.’ She is also a participant in the Mount Olive PEAK programs, is a two-time varsity athlete in basketball and field hockey, a member of the Mount Olive Track & Field team, and captain of Mount Olive’s Unified Sports teams. Tack on that Gabriella is a gold medalist in the Special Olympics Track & Field division, has been active in Mount Olive’s Best Buddies programs since middle school (where she also volunteered in the Mount Olive Childcare and Learning Center), and you recognize this special young woman enjoys a very rich, rewarding life.

“Gabriella enjoys a full life and loves giving back to the community that has been so good to her,” states her mom. “GiGi doesn’t let anything stand in her way and she proceeds through life with zeal, charisma, and grace.”

Parisi says GiGi was so excited to win the Homecoming Queen Crown.  “She felt love in her heart. She felt like a model as she walked across the football field, onto the risers.  When she heard her name called for Queen, she stated, ‘That’s me!’ GiGi said that her crowning was the most exciting thing that ever happened to her, except for when she was escorted onto the field by the Prince, John Pignataro and crowned alongside King, Bennett Tilves.  GiGi’s favorite parts of school are her teammates and her bus rides to away games, where she is just one of the ‘gang’.” 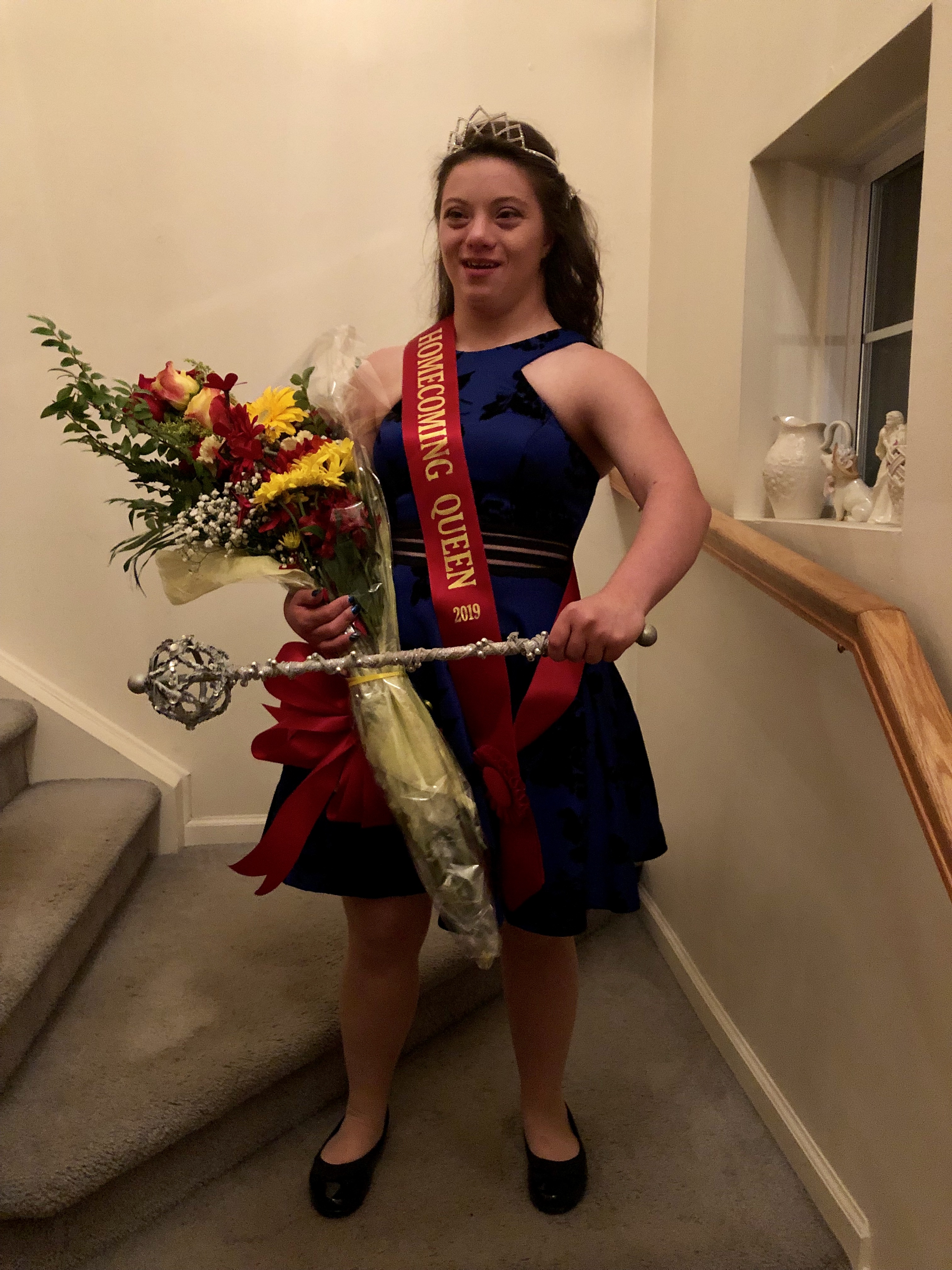 And for the Parisi family, the township of Mount Olive has been, in Parisi’s words, “a lifesaver.” “Our daughter has been embraced by a community that promotes inclusivity,” says Rosemary. “Mount Olive focuses on kindness and acceptance, throughout all grade levels. Mount Olive staunchly promotes the ideals of character. We believe that these initiatives have paid off.  We are witnesses to the kindness and acceptance shown to those who are different. GiGi has been treated fairly, and equally, as she rose through the grade levels in the Mount Olive School System. The school is true to its mission statement of commitment to excellence and creativity in education by fostering a physically and emotionally safe environment. This environment promotes individual initiative and responsibility, while encouraging lifelong learning. For Gabriella, school has been her whole world.  It is a place where she is academically and physically challenged. It is the center of her universe, where she finds friendships and camaraderie among peers.”

“The Mount Olive School District is her second home.”