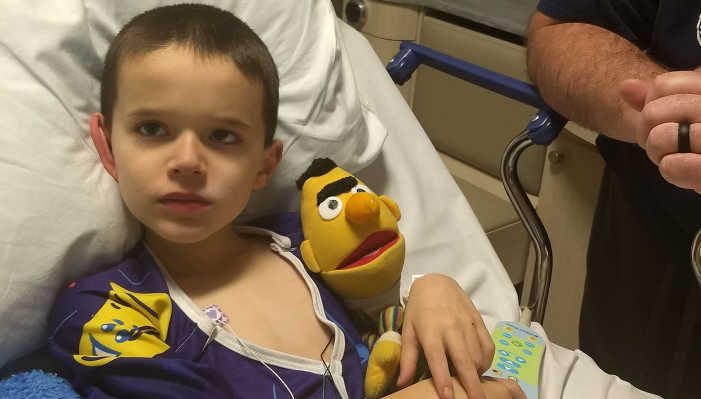 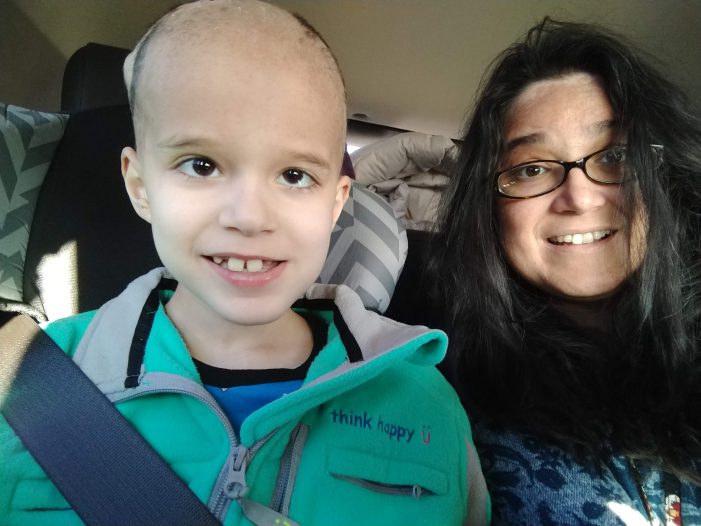 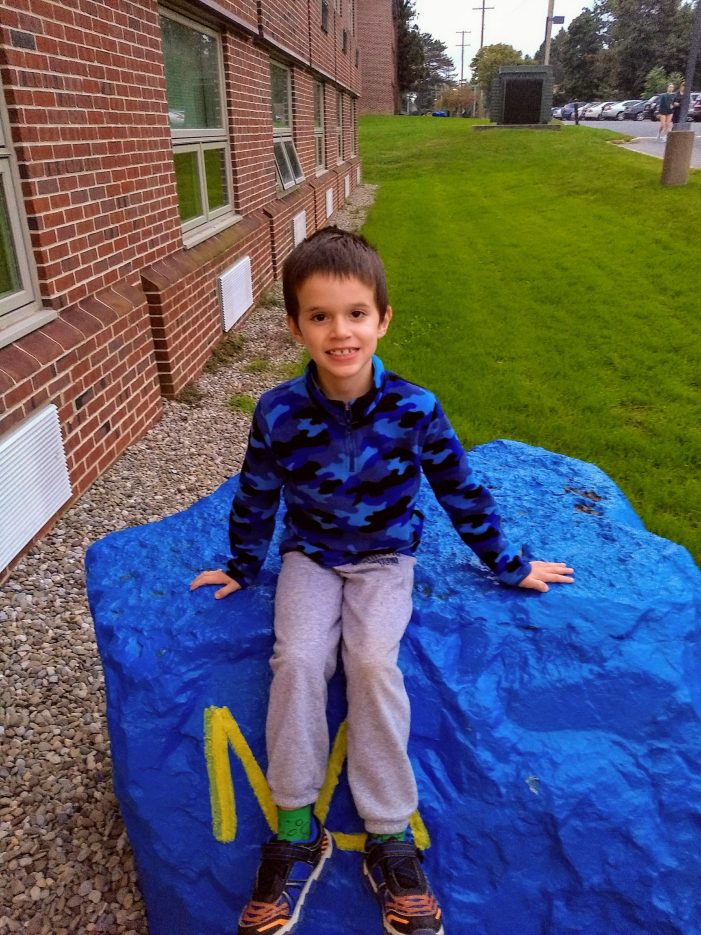 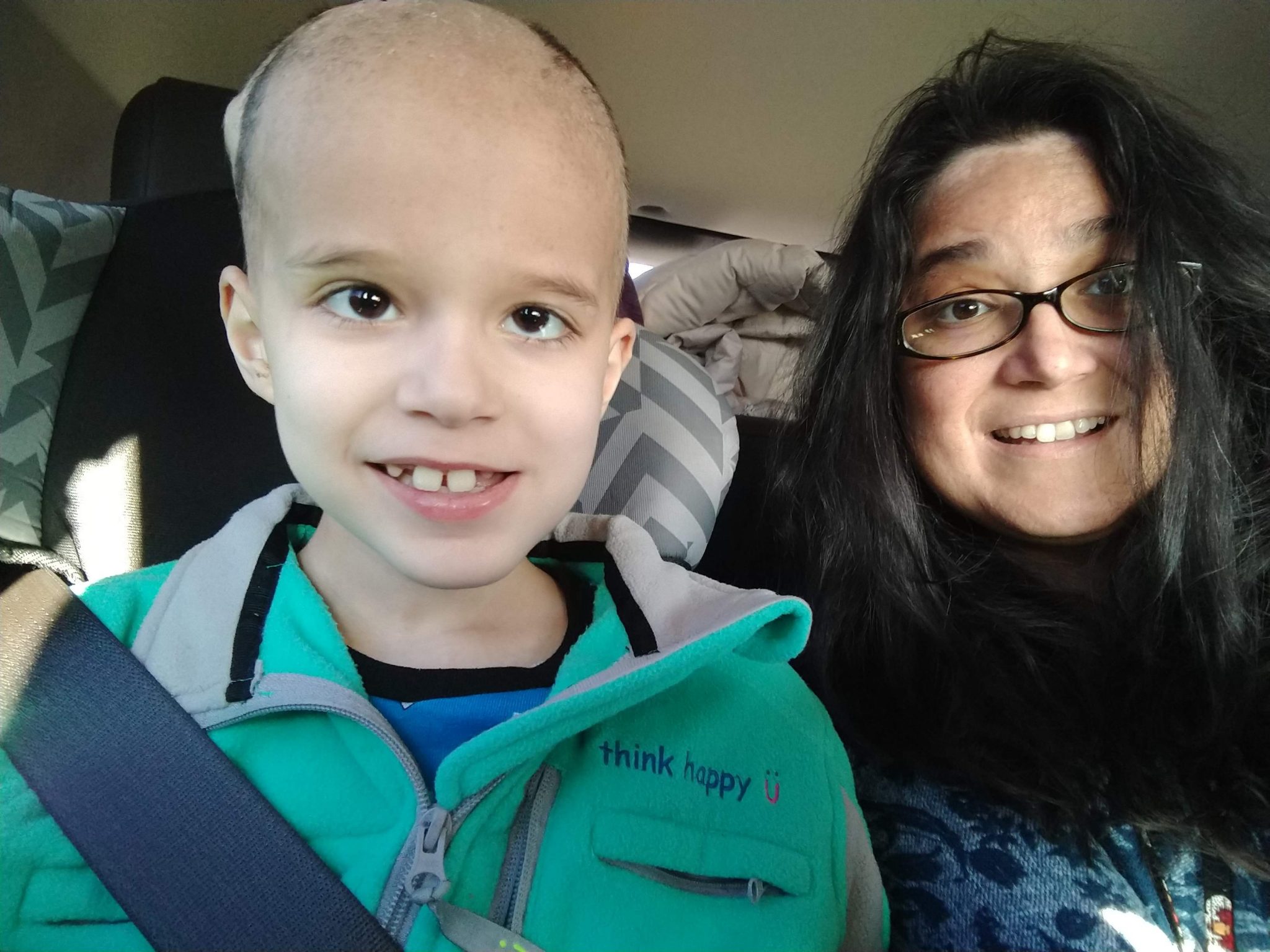 Everyone is familiar with the PBS Classic Television Show, Sesame Street. For years, characters such as Ernie and Bert plus countless others, have been entertaining, inspiring and educating both boys and girls with quality television that is both enjoyable and enriching.

It has both taught and stimulated the curiosity and intelligence of kids everywhere, striking a cord with them. Since the show began, for so many subsequent generations, the show is also synonymous with comfort.

This is particularly true with seven-year-old Hackettstown resident, Henry Aulenbach. He might be just like any other boy out there: He loves Star Wars and riding his bike (without training wheels) and Sesame Street’s Bert. But, Aulenbach is much more than your average seven-year-old. He is battling Medulloblastoma–a form of brain cancer.

Going to the doctor because he was suffering from severe headaches and vomiting on January 5th, the Aulenbach family received the shock of their lives when their son was diagnosed with a brain tumor. Three days later, when he had surgery to remove it, he was diagnosed with brain cancer.

“Henry’s first six weeks of treatments were 30 days of proton beam radiation from Monday through Friday with weekends off to the brain and spine once a week chemo treatment,” Mother Chrissie Aulenbach tells. “He is now in the middle of a one month break before beginning a six month course of heavy duty chemo for which he will be admitted to the hospital for several days out of every month. The treatments have been very difficult,” she says, noting how Henry has experienced severe exhaustion, weakness, nausea, and pain. Treatments are slated to last until mid-fall. 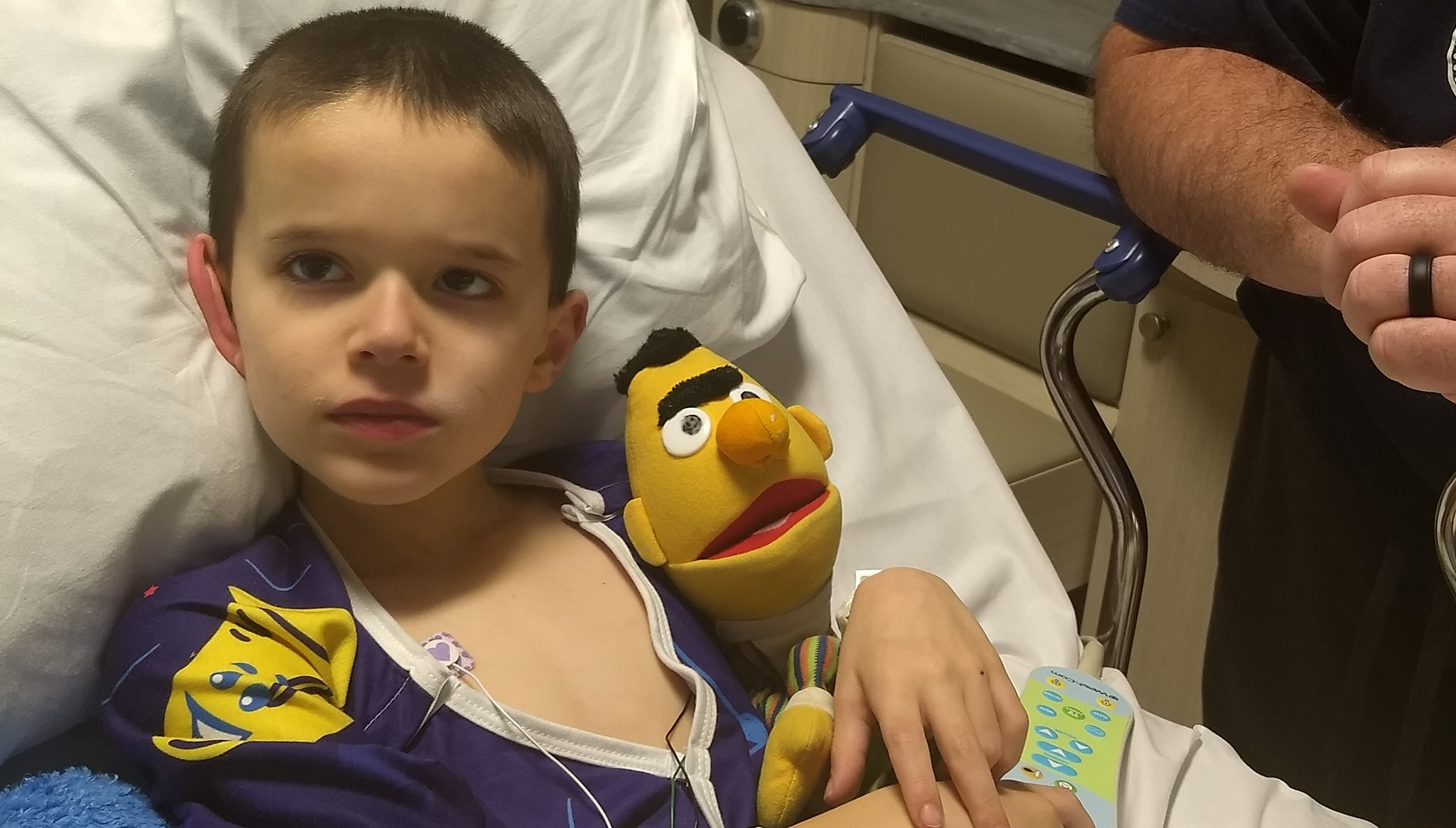 It didn’t take long for the public to rally around this courageous fighter and the whole Aulenbach family. Everyone is seeking Hope for Henry. From family and friends, to the community, to the GoFundMe page set up to help the family with expenses so they could concentrate fully on helping their son, Hope for Henry isn’t just the name of various accounts that people have made for him, it is so much more.

“The family is no stranger to helping others,” states Randolph’s Stephanie Coleman, organizer of the GoFundMe Page. “Dave and Chrissie are the most positive people that you ever want to meet. Their positivity spreads all over the community–even from their kids.”

As friends and former neighbors, Coleman relates that her kids grew up with the Aulenbach’s twin sons, who are now freshmen in college. “They both really care about the important things in life: children, education, family, making a difference,” she says. “Chrissie was on the Randolph Board of Education, she was musical, tutoring children in trumpet. Dave was not only a music teacher at Randolph, he was Vice Principal of the high school as well.”

Mentioning that Chrissie stopped working to take care of her son, Coleman shares, “I wanted to set up a GoFundMe page, not just to help out with the expenses that could really pile up, but because they have done so much for our community. They think nothing of giving back and helping others. Now it’s their turn. I believe in karma, what goes around, comes around.”

Henry Aulenbach has not only captured the hearts of the community, he has even heard from his favorite character on Sesame Street–Bert, a companion that is always with him.

“He loves Bert from Sesame Street,” Aulenbach relates. “It all started when he was a baby. I gave Henry his big brother Charlie’s old stuffed Bert from when he was little, and he just took to it. Even long after Henry stopped watching the show, Bert never leaves Henry’s side. Before he was sick, Henry just slept with Bert, but now Bert keeps him company everywhere.”

In a video message, Bert said, “Hi there, Henry. This is your old pal, Bert. I heard you were a big fan of mine. Well, guess what? I’m a big fan of yours, Henry.” The character mentioned Henry’s love of basketball, his brothers, Pokemon and even The Beatles.

“Wow, wow, wow, this is unbelievable!” Aulenbach enthused on Facebook. “Gosh this was such an unbelievable surprise for all of us, but especially for our little guy, Henry. I tried to record Henry’s reaction to it, but he asked me to just sit and watch it with him once it started. This is truly a selfless gift from everyone at Sesame who took their own time to record this video for our son who loves Bert so very much.”

“The Bert video came to fruition because of a wonderful family who lives in Wayne, where my husband Dave is a middle school principal,” she discloses. “Mike Catalano, husband and father of two, tweeted to Sesame Street about Henry and one thing led to another and next thing we know we received a package with a bunch of Bert’s from the Sesame Street Workshop and then the video, so incredible!”

A couple of weeks after, they additionally sent another video with even more characters wishing Henry well. Henry has even received videos from Mark Ruffalo, and the cast of the TV show Henry Danger.

“Henry’s prognosis is to be cured, that is the path we are on, and that is our only focus,” Chrissie Aulenbach asserts. “Henry is a very sweet, loving and empathic boy. Even with all he is enduring, he is still worried about me, his mom. I have a rare disease known as Scleroderma, which is a hardening of the skin, vascular system connective tissue and organs,” she shares. “He is very kind to me, telling me that I’ll be okay. He’s the most beautiful kid you’d ever want to meet. The nurses say they don’t see children like him, sweet and kind even when they are so sick. He’s one of a kind. He’s a bright shining star.”

For the Aulenbach family they are so touched and honored by the outpouring of affection, generosity and goodwill from others, that they are truly bowled over. From the cards, letters, Pokemon Cards, and mail packages that Henry has received, to the GoFundMe Campaign, to donations, fundraisers and utter support of the community, Chrissie Aulenbach considers herself blessed.  “We are very grateful to everyone,” she praises. “It’s been incredible so far to see such a cheering section for Henry.”

For further information or details on how to help Henry, or to donate please visit https://www.gofundme.com/henry-aulenbach-helpforhenry.