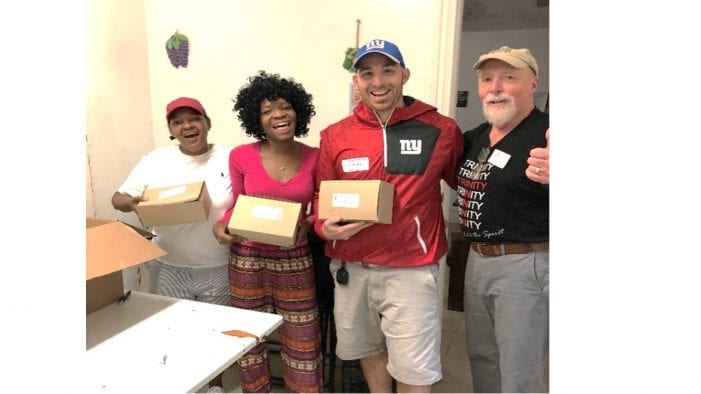 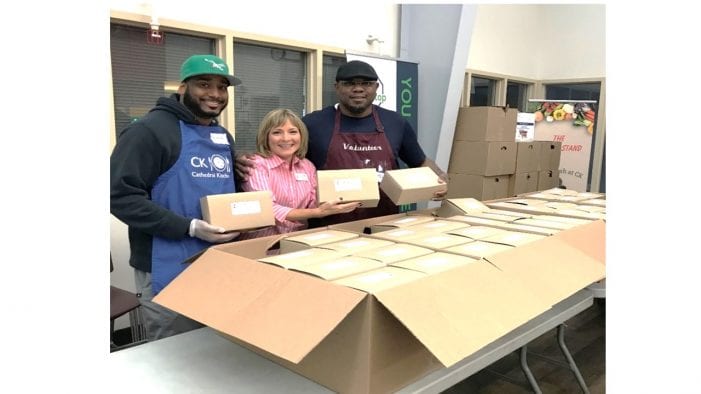 The Bible tells of Jesus Christ’s miracle of feeding 5,000.

Following in the spirit of that action, Trinity United Methodist Church started a project called Caravan of Hope. People of all generations worked Sept. 7 -9, assembling 5,532 boxed lunches for needy people in Hackettstown and a variety of other areas. Not only did they give the recipients something to fill their stomachs, but notes included inside the boxes let them know someone cared.

“It was a great mission to be a part of and be able to deliver so many meals to so many people in our nearby community,” said Jane DeWitt of Hackettstown, chair of the Caravan of Hope Committee. “It was amazing, the behind the scenes work the committee members did to put this project together in such a short period of time, and awesome how the community came together to help with donations and volunteer hours.”

Rev. Dr. Frank Fowler, pastor of the church, explained some of tasks involved in making the project successful.  He noted that monies had to be raised to pay for the items inside each box lunch, which included a turkey sandwich, apple, water, and more.

His idea was to include all ages in the project.

In preparation for the September meal assembly and delivery,  children and youth drew pictures and made notes, saying things like “God loves you,” to be put in each box.   In addition, seniors in the congregation wrote notes to be included in the boxes, too.

There was a group tasked with finding partners, food ministries and outreaches that could use the lunches. Those they partnered with were located as close as Hackettstown and Newton as far as Atlantic City and Allentown, Pa.  In 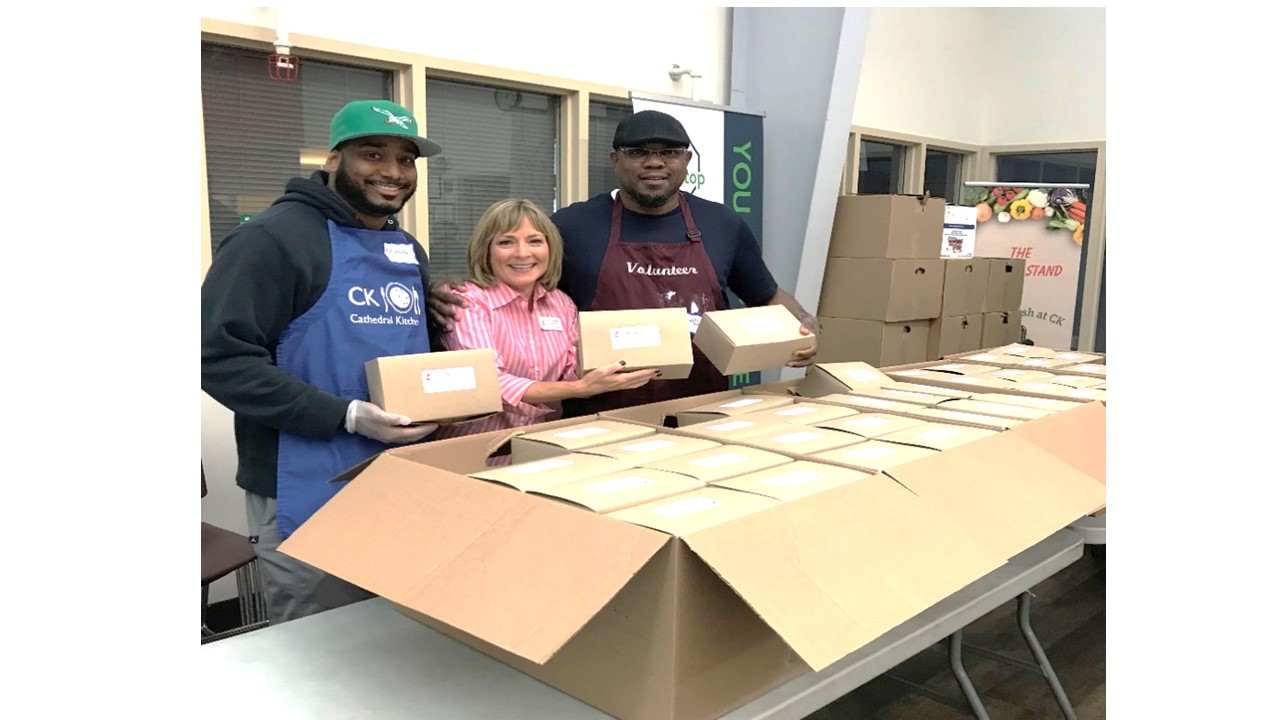 all, 45 partner locations were found.

Fowler shared that the church did not say how much it could give each partner, instead it said, “tell us how much you need.”   For example, 192 went to feed needy in Hackettstown. The most went to the Shiloh Baptist Church in Newark and a food ministry in Camden that’s affiliated with the United Methodist Church; each got 500 meals.

Not only did the project put together the box lunches, but they also delivered them to the sites, which was a key part of the project.

Fowler characterized the assembly and delivery of the meals “as amazingly organized.”  An assembly line was set up in the church gymnasium where 225 volunteers with supplies such as 1,300 lbs. of turkey, started assembling meals.  Fowler was surprised that it only took two and a half hours to put the meals together. Those assembled meal boxes were put in carrying boxes and put in a refrigerated truck.  Members of the Centenary University wrestling and baseball teams loaded the truck. The next two days, teams of two drivers, 72 people in all, picked up the meals and took them to their destination.

“I made lunch boxes on Friday night and delivered 150 boxes to the Morris Street Mission on Saturday,” said Barbara-Jayne Lewthwaite of Panther Valley. “It was both exciting and rewarding to be part of something that large and far reaching. It just goes to show how determination, dedication and team work can bring about change for good.”

Glenn Ashton, of Hackettstown summed the experience up as one of giving and fellowship:

“It was uplifting to be part of a team doing something good for the community,” said Ashton . “It was also an opportunity to bond with people from our church, our community, and in the tri-state area.   It was an amazing experience that touched the hearts of all who were involved.”