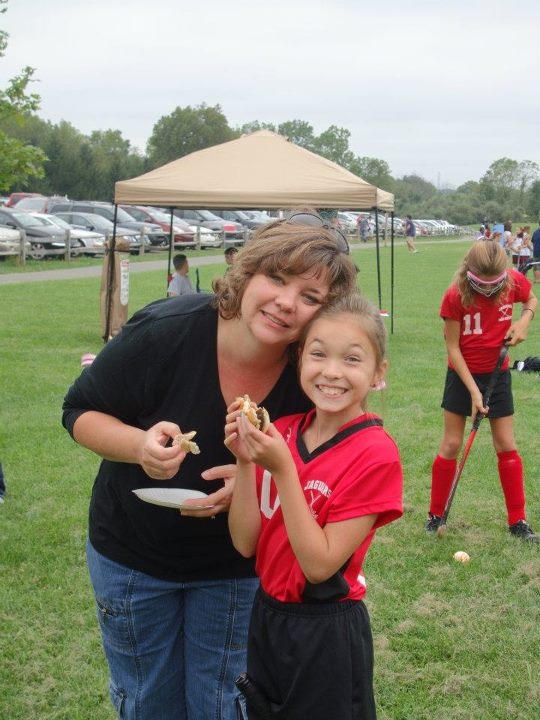 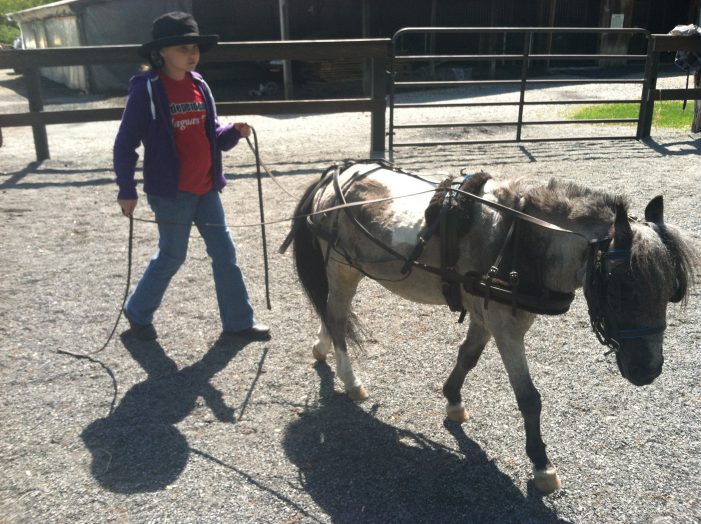 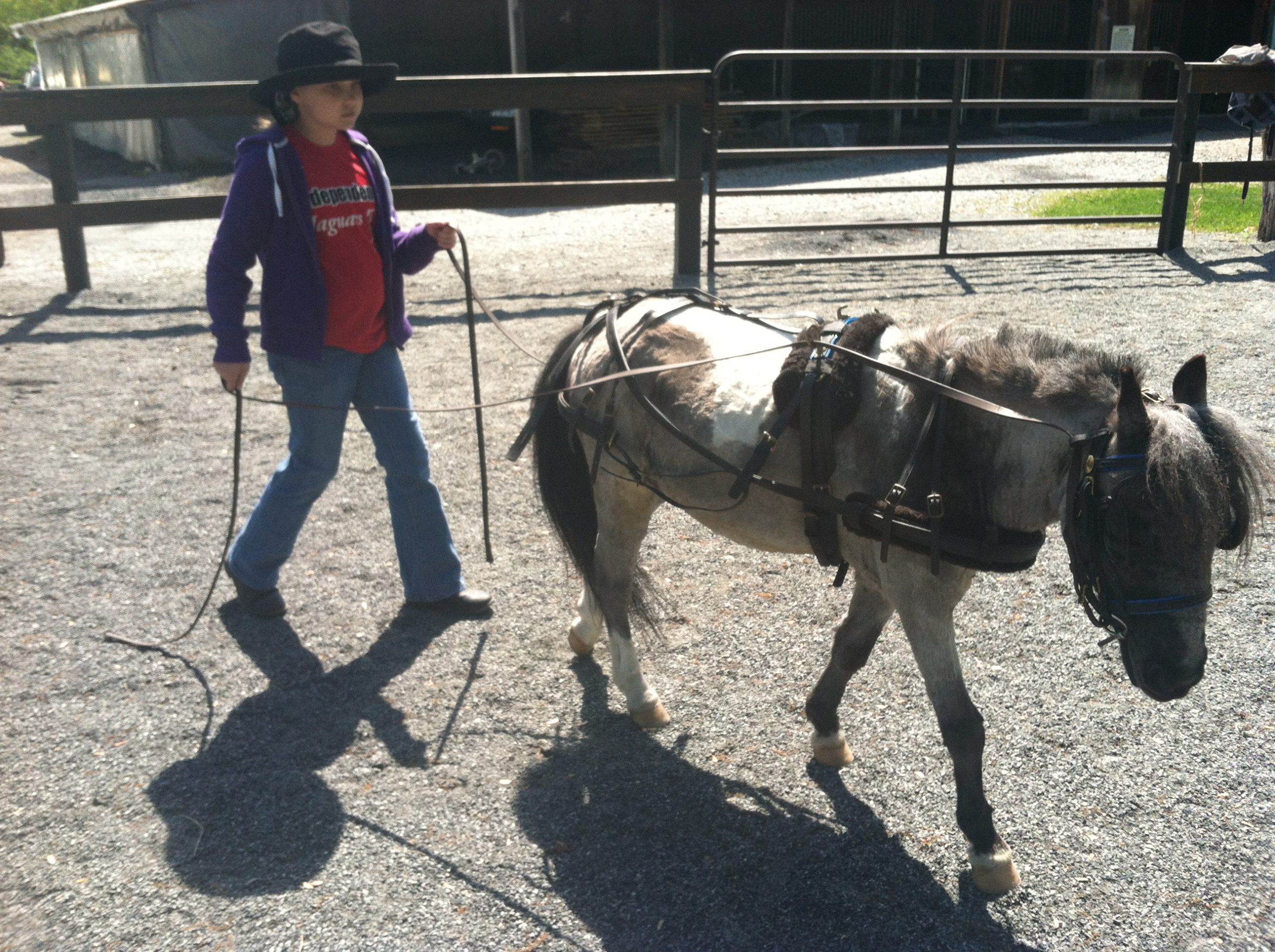 Parents are not supposed to outlive their children. Yet Donna Walling has had to face that agonizing journey.

Her daughter Margaret was diagnosed with a malignant brain tumor in November 2012 and passed away 13 months later at the age of 12.

“As she fought for her life, our friends came together and started Smiles for Margaret to raise funds for all the expenses that you incur: medical, driving back and forth for treatment and fun for making her smile,” says Walling, a Kienlen Lattmann Sotheby’s realtor.

Margaret and her mom discussed turning Smiles for Margaret into a charity when the 11-year-old was better because they never thought her diagnosis was going to turn so dire.

They didn’t get the recovery they prayed for. But Walling honored Margaret’s legacy, only wishing her little girl was there to see it.

“I made it into a charity, a 501c3 after she passed away. Remembering Margaret in that way means a lot to me,” her mother says.

Everything happens for a reason.

“If my reason was that I had to have a child that went through this so that I could help other people; that’s what I’m gonna do,” Walling says.

Smiles for Margaret is all about being there for those in need.

Sometimes an extra little something can make a world of difference, according to the realtor.

“I don’t look for gratitude, I just know in my heart it’s the right thing to do and it makes me feel better,” she says. “Somebody needs their rent paid, I can help you. Somebody needs to put oil in their tank so their house is warm for their kid, I can help you. I like to be the emergency phone call for the Valerie Center (supporting children with cancer and blood disorders since 1976). I like to take care of families that are local, either I know of or people refer me to.”

And Walling just keeps giving back.

“We’ve helped buy cars for people, there was a little girl in Vernon whose parent’s car died, she had no mobility, was in a wheelchair and (couldn’t) get to physical therapy in Morristown,” says the realtor. “We’ve paid for Ubers for people because they didn’t have a car — they lived in Hoboken and needed to get to Morristown to the Valerie Center for treatment for their child.”

She knows just how that feels.

“Margaret had radiation and chemotherapy and was one month away from the one-year mark, which is huge — and it (had) spread throughout her brain and spinal column within weeks,” Walling says. “October she had a clean scan, by November her spine was full.”

Then the 11-year-old stayed home and did a short round of radiation so she could still have mobility and not be incontinent. But it got to the point where she wasn’t able to do it anymore.

“It was just a few times to keep the tumor size on parts of her brain from growing that would cause more trouble. She was gone five weeks after they said that — in the time we spent driving back and forth to Morristown for that 13 months with radiation and chemo,” says the realtor.

When it comes to her daughter, Walling says ‘there was never a stage of Margaret that I didn’t enjoy.’

“From the moment she was born, she was just the best baby and kid,” she says. “She had some learning disabilities — apraxia, so she didn’t talk right away. But we were so in sync I knew exactly what she wanted and what she needed and she didn’t have to say anything.”

“She looked like me, she talked like me and she had the same bad attitude,” the realtor says.

According to Walling, Margaret’s brother is 20-months younger and speech-wise the siblings were pretty much on the same level.

“So when she was three he was just starting to babble. She had limited verbal ability at the time,” she says. “But as they grew up together a lot of their milestones were a lot alike and their language skills. She did surpass him at one point and it was kinda neat — like having twins.”

“She was just a great, happy kid,” says the realtor. “I was lucky to have the two of them because they were best friends and he misses her a lot, as do we all.”

And the youngster was always a fighter, as far as having obstacles, according to her mother.

“So when it came to all she had to go through, the radiation and chemo, she just kept fighting through it. “Alright, it’s one more thing; if you want me to do, I’ll do it,” Walling says Margaret would tell her.

She supported her daughter every step of the way and made her feel good.

“That’s how I wanted every doctor and nurse to come into the room,” says the realtor. “If you’re not going to cheer her on, don’t come in. You had to be 100 percent, ‘you’re going to get through this,’ prayers and all, everybody had to be in it. That’s how we dealt with it, positive attitude.”

Walling says you have to determine ‘quality versus quantity’ of life and what’s best for your child.

“It’s a sucky decision to have to make but parents have to have that conversation (with themselves),” she says. “So I brought her home and I took care of her from the beginning to the end.”

Walling and Margaret had an unbreakable bond and the realtor says she walked alongside her daughter.

“It’s a gift when you’re with somebody when they die ‘cause you really get to clear your soul — and they get to tell you things.  I call it the ‘gift’ and I received that gift.”