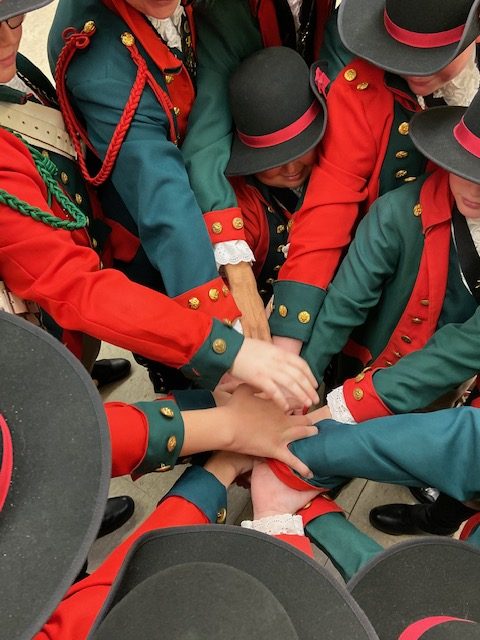 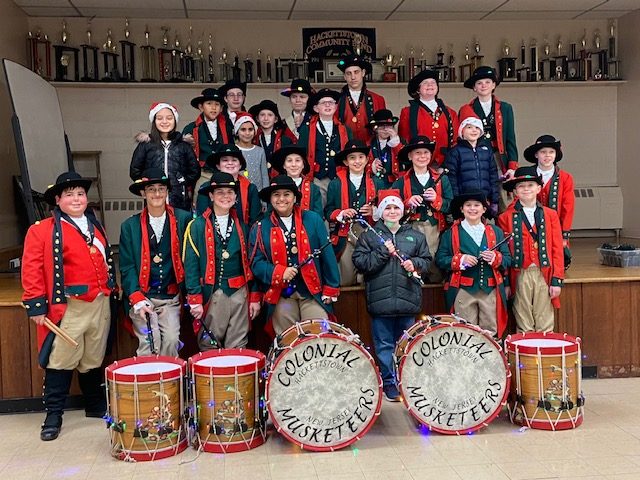 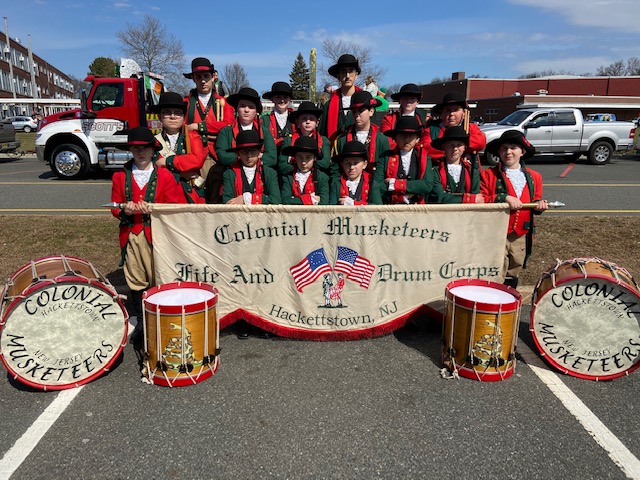 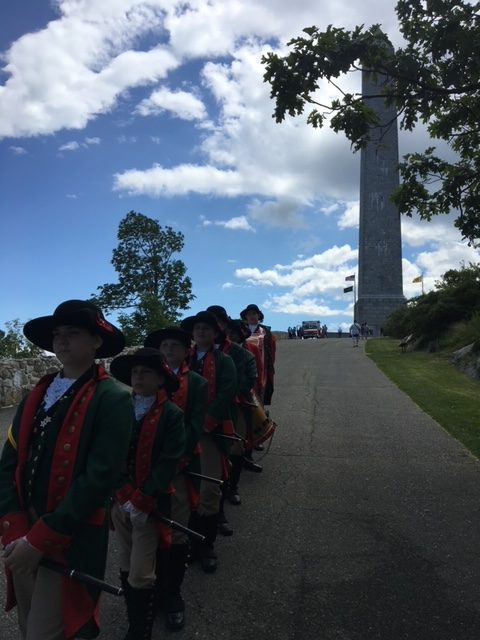 Started in 1975 in order to commemorate the United States’ 1976 Bicentennial, the Colonial Musketeers Junior Fife & Drum Corps of Hackettstown is celebrating 45 years in 2020.

“I actually grew up as a fifer in the Colonial Musketeers,” says Kelly Felsen, who joined as an 8th grade filler for the marching band and is now the Director. “I had already joined that in school, and I went all through high school as a marching member of the Colonial Musketeers, and I will say it’s truly unlike any other group that’s out there. Not only musically is it such an amazing opportunity, but it’s such a family and tradition the corps instills upon not just me, but all of its members is so incredibly unique.”

Morgan Graham, who is 23 years old and joined the corps as a fifer when she was 11, agrees. “The Colonial Musketeers Fife & Drum Corps is one of the most unique musical experiences you can have in our area. We have a very nurturing and supportive environment perfect for kids of all ages to expand their musical knowledge. We welcome any new kids who wish to join in our traditions.”

The group accepts both those with instrumental experience, and those without. “There’s no experience necessary in

order to join on fife or on drums,” confirms Felsen. “We encourage everybody to come and try it out. We teach everybody not only the musical skills but also the marching skills needed.” Also, if you are an active marching member, a scholarship for college is offered after high school graduation.

The corps has about 24 active members, and the group has an obvious strong patriotic side to it. Felsen, who teaches 4th and 5th grade band in the Sussex-Wantage regional school district,  explains. “Our uniforms and instruments are replica of the things the continental marines would use back in the 1770s. So that aspect, both drums are not necessarily you would see in a high school marching band. They are more like the ancient snare drums and base drums. We all learn all the patriotic tunes and we march in a number of different events. All of our corps members learn everything from “Yankee Doodle” to all of our service songs, and we interact with members of the American Legion, and the Elks Club. Just being able to have those connections with members of the armed forces, especially at such a young age, it’s something very special.”

For Graham, now an instructor, the junior fife and drum corps has been her home away from home. “I started playing the fife when I was 11. When I tested to march, I started in the color guard marching with the rifle. I worked hard and kept learning song after song until I earned my spot in the fife line. By the time I was 16, I made it all the way to a level 4 as a fifer. When I turned 17, I was chosen to be the fife sergeant and call commands and lead the corps.  It was in that same year that I was the sergeant for the Musketeers at the Northeastern competition. I spent many weekends on the Colonial Musketeer bus traveling all over the area, performing in parades, ceremonies, and

other gigs all year round. Even after I graduated high school, I still would come back to Hackettstown to perform and help teach the younger kids. Now, as an adult I am an instructor for the fifers, and occasionally, I dust off my uniform to perform.”

For Felsen, taking part is as special now as when she was in 8th grade, and she sees the pride in the current youngsters. “I am so proud of these kids and what they’re doing,” she says. “They work so hard, not just musically, but socially. We’re all a family.”