Hauntings Around the Area for Halloween 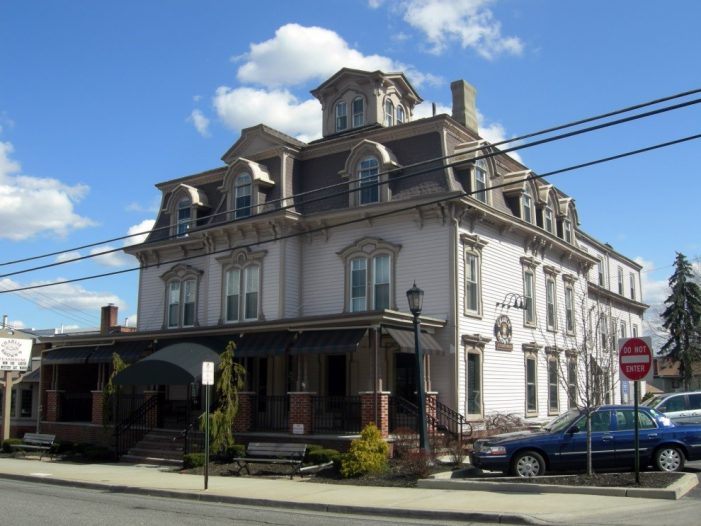 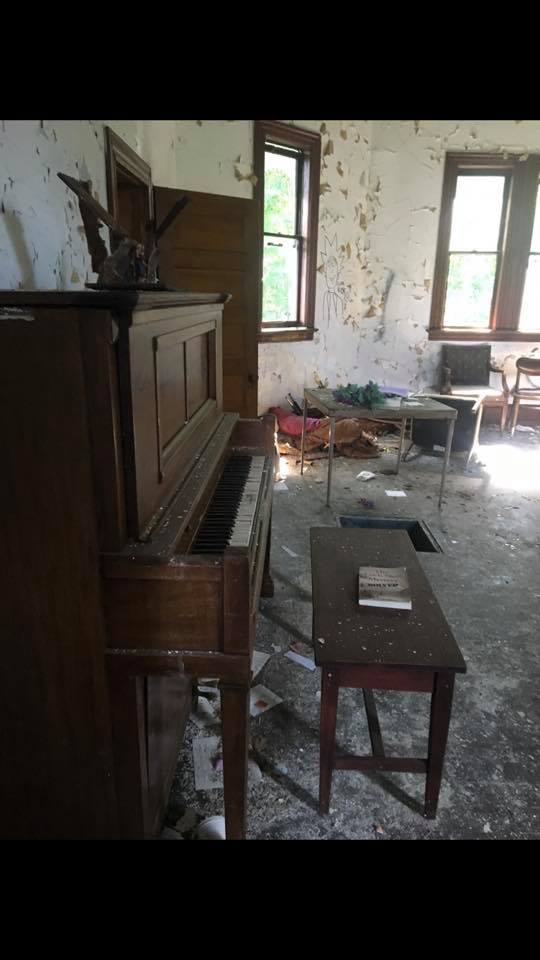 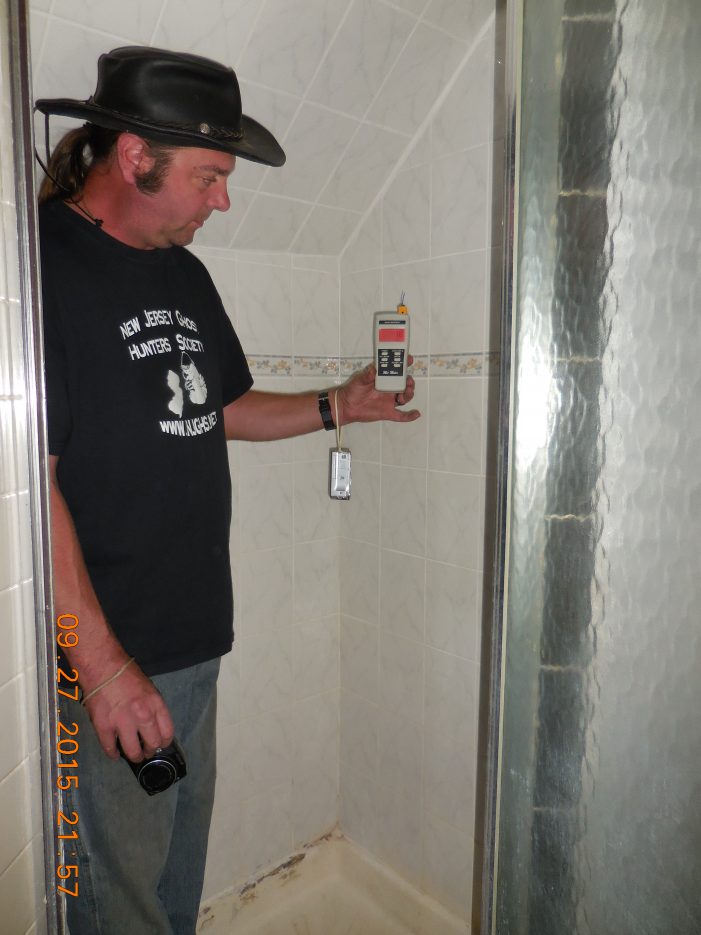 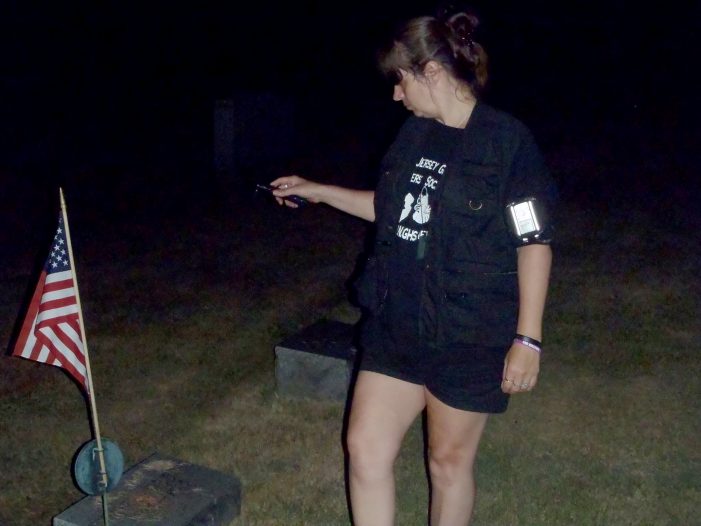 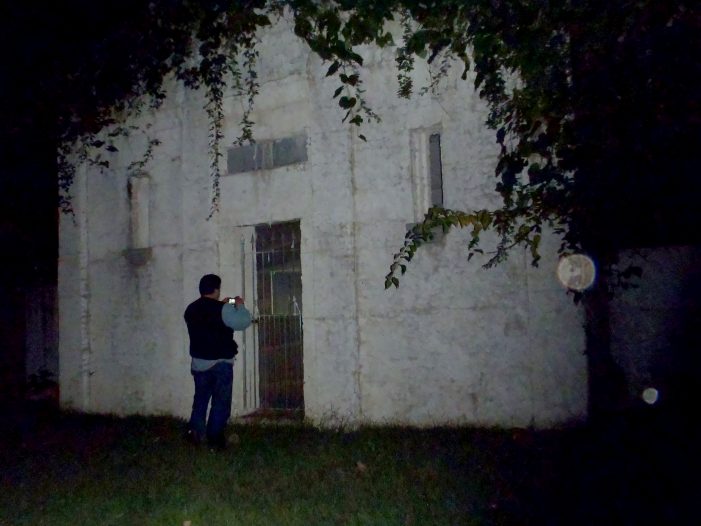 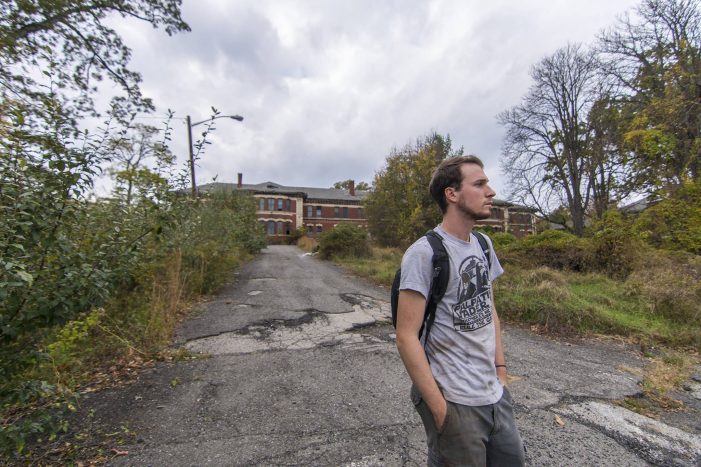 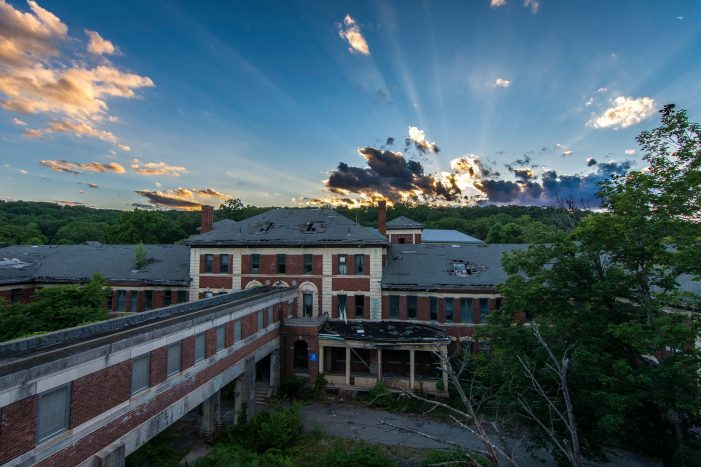 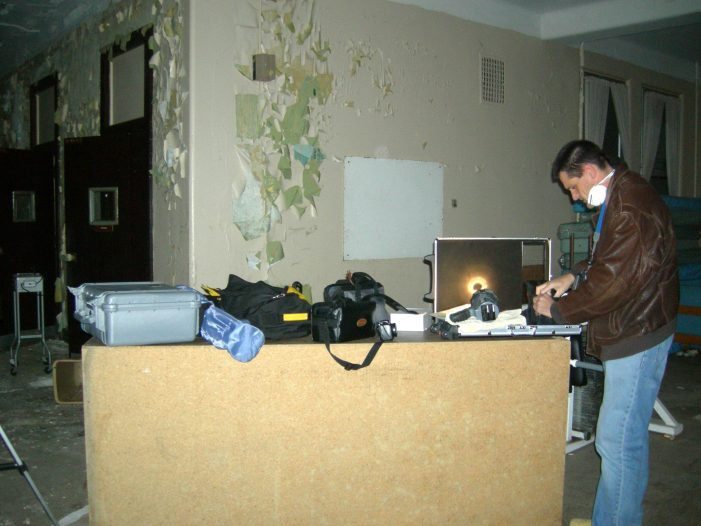 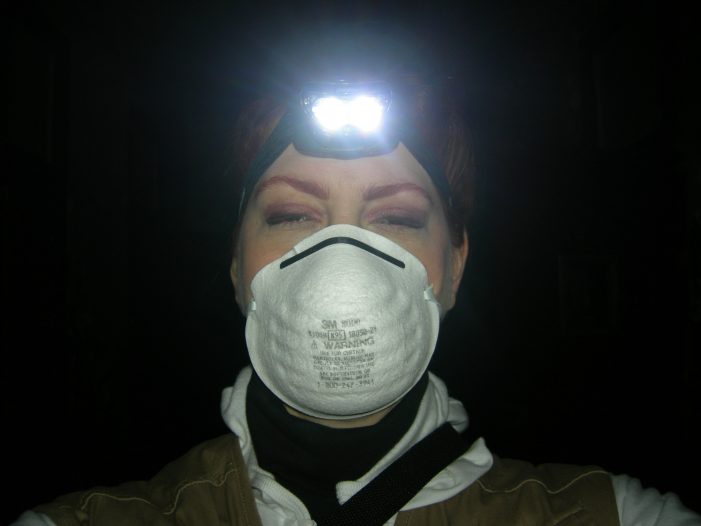 Halloween will soon be here.  Many times on Halloween, or around camp fires, stories of ghosts; strange, creepy or haunted places; and recollections of strange occurrences are shared.  Some people pass stories on from generation to generation until they become legend. However, others, like members of the New Jersey Ghost Hunters Society (NJGHS), investigate strange occurrences to see if there is a paranormal presence involved.  Recently, people from around the coverage area shared stories and sightings of local ghosts, rumors of haunted locations, and experiences with the paranormal.

Members of the online, “You Know You’re From Roxbury Township….” group recalled ghost tales and scary sights.  One popular ghost story was the Hooker Man. It is about a ghost seen by the Succasunna railroad tracks. “The Hooker Man lost his hand in some freak train accident, and now searches for it with a lantern,” shared Mike Stark, Roxbury.   However, it appears the Hooker Man has not only been seen in Roxbury, but Netcong, Flanders, Chester, and Long Valley also lay claim to the legend. Cheryl McClung, a former area resident, who now lives in Georgia, shared, “At night, people see his [the Hooker Man’s] lantern bouncing along the tracks in Flanders on the west side of [Route} 206.

Dawn Traetta Hair, of Florida, another former Roxbury resident, remembers the stories of the former location of the Church of the Mystic Light in Flanders.  The building is closed, but there had been claims that witches had hung chickens and have had seances there. People still stop by it, out of curiosity, if not scared away.

Kim Howell Candore shared that there have been ghost sightings at her childhood home, “I was raised at 11 Meeker Street [in] Succasunna, next to the cemetery. There has been many spottings of two men in Civil War uniforms smoking, sitting on a tree stump in front of our old house,”   said Candore, who now lives in Tennessee. Candore 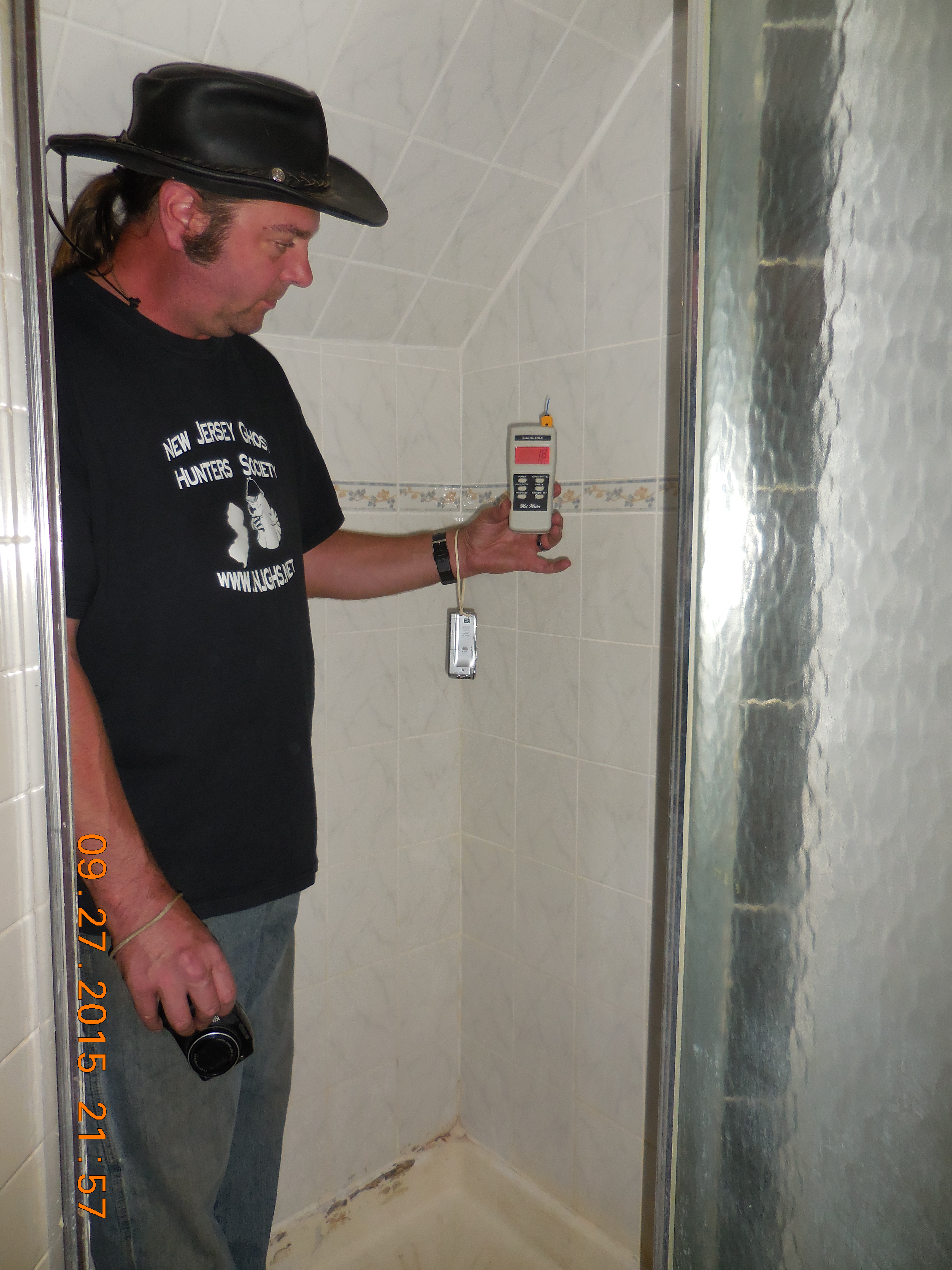 remembers that the two churches on Main Street, adjacent to the cemetery, used to be a military hospital.

Also shared, was that Roxbury has its very own “haunted house” in the form of the Halloween House, a tremendous display put on by the Heard family in Roxbury.

Hackettstown is the meeting site of the NJ Ghost Hunters Society.  The society’s mission statement is “To search out definitive proof of life beyond the grave.  To provide paranormal investigations to those who request them, free of charge. To train those individuals, who so desire and become members of the NJGHS, in the protocols of professional, ethical and scientific paranormal investigating..” L’aura  Hladik Hoffman is the society’s founder and director. She is the author of Ghosthunting New Jersey, Ghosthunting New York City, and  Ghosts of the Poconos and has a variety of presentations on the paranormal which will be given at area libraries this month  (listed on the bottom of www.njghs.net/presentations.html).

Recently, Hoffman recalled stories she was told of two ghosts who are said to haunt Bea McNally’s (formerly Charlie Brown Restaurant).  In 1878, the place was the Clarendon House (hotel) and from 1926-1947 it was the Hackettstown Inn.

“The ghost girl appeared to a young girl who was living at the hotel when her family owned it. She snuck down to the 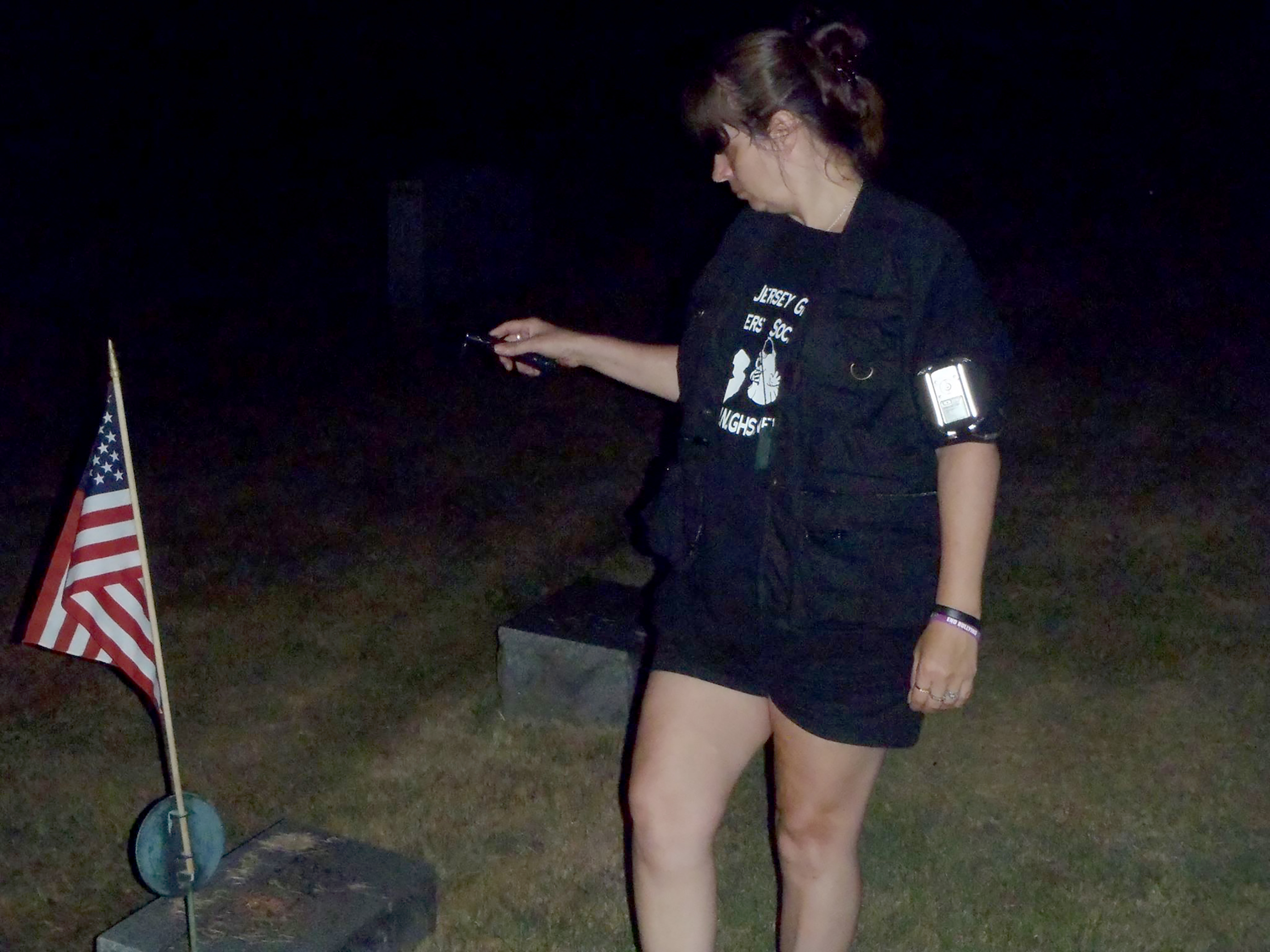 kitchen in the middle of the night for some ice cream. When she was headed out of the kitchen and into the dining room to sneak back upstairs, she was met with this bright, sparkling light and out of the light stepped a young girl – about the same age of the girl sneaking the ice cream – and the ghost girl was dressed from a different time period and clutching her teddy bear. The ice cream girl screamed, dropped the ice cream and ran up to her room. The next day when her parents confronted her about the mess in the dining room, they did not believe her about the ghost girl she saw. However, a couple weeks later, the father saw the ghost girl, too.”

As for the other ghost, Hoffman said there are various origin stories as to who he is. Most have to do with drowning. Two versions have him as a child who was staying upstairs and died while unattended in the bathtub.  Hoffman shared that in another version of the story, “A Lady of the Evening was distraught over unrequited love of one of her clients and she took a bath and drank a bottle of gin and passed out and drowned.” However, most seem to think the ghost is a child as they have got the sensation of someone wanting to ride on their shoulders or putting a small hand into theirs.

Over the years there have been other stories of ghostly presence at the location, such as unexplained footsteps and, when there was a pool hall at the location, how when it was unlocked for business one day,  instead of the cleaned pool hall, cues, etc. were strung all over.

In Pompton Lakes, Laura Jennings, a member of the historic commission there, shared about some caring spirits at 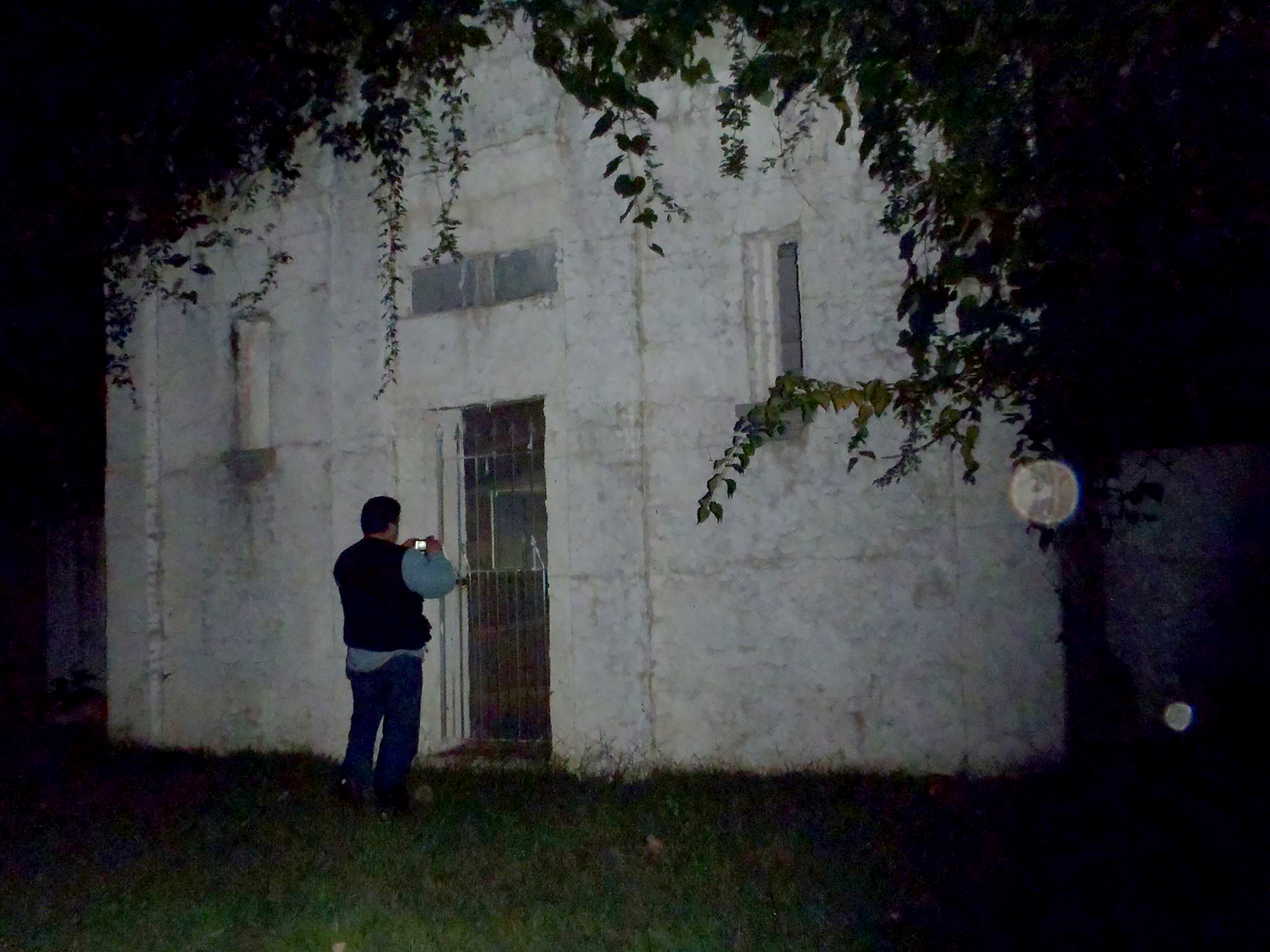 the Schuyler Colfax house ( Hamburg turnpike, Wayne)  “Dr. Jane Colfax Young grew up in the house with her father (Dr. Richard S. Colfax) and Aunt (also Dr. Jane Colfax). Katherine Young, daughter to Jane Colfax Young, shared that she spent a lot of time in the home until he was ten years old. Both her and her father felt and saw things in the house that they are sure were the spirits of their ancestors watching over them. The Colfax family is one of the founding families in the area.”

Jennings also shared that she had heard reports of ghost sightings at the Lenox School in Pompton Plains.

Morristown has had its own dealing with the paranormal.  Pat Goodfriend, Membership & Volunteer Coordinator for the Morris County Historical Society shared a short 2016 article by Y. McGreevy on Ford Mansion. The mansion at the Morristown National Historical Park is over 200 years old.  Once the home of George Washington (briefly during 1780), the mansion drew the interest of Gordon Thomas Ward, a paranormal investigator, who in 2016, did a presentation on the Mansion and his two-year study of it, including the noises said to be coming from inside its walls.  An article by B. LaMuraglia the same year shows that during the time of his investigation, Ward heard the voices of three male and two female spirits.  None were Washington; Ward felt at least one could have been a kitchen servant. 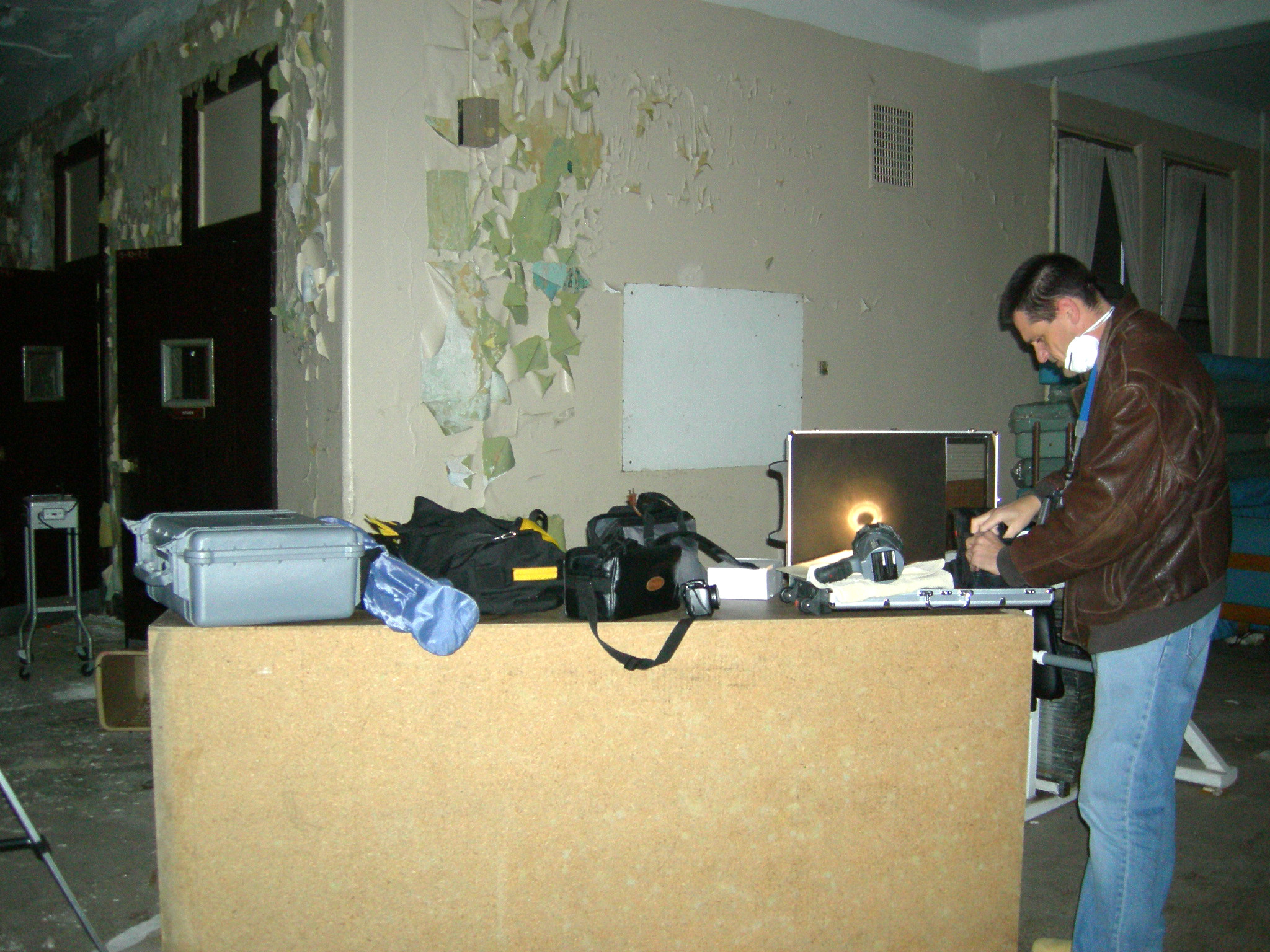 Bells Mansion, near the Netcong-Stanhope border has also been the subject of a paranormal study.  That was shared by Tom Lupo of Hopatcong, a producer who followed the NJ Ghost Hunters Society when it investigated the restaurant six years ago.  The segment includes a worker recalling seeing the spirit of a woman. He was cleaning up after the restaurant had closed. There are windows between the rooms.  He looked up and saw a woman, seated in the next room, looking out at the road. He watched her for about 10 seconds and then went to approach her. When he walked into that room, she was gone.

This Halloween, will the Hooker Man or the little girl ghost at Bea McNally’s be seen?  Will voices whisper through Ford Mansion or the Lenox School? Perhaps, this year, a new spirit will be seen and its legend begun.