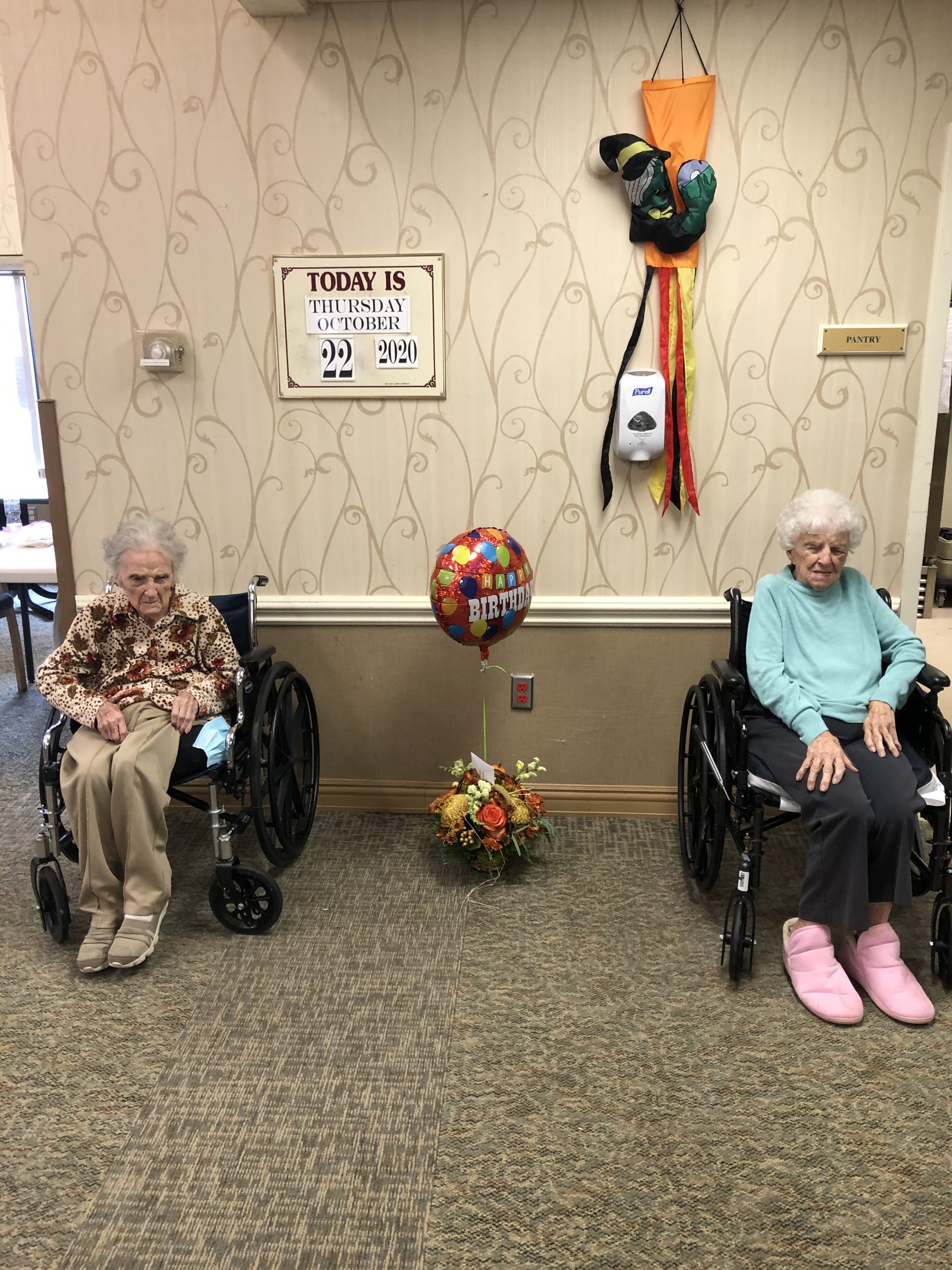 Heath Village Retirement Community wishes a very happy birthday to residents Mildred (Millie) Crater and Beatrix (Bea) Glover. The Herlich sisters, are celebrating turning 103 and 101, respectively. How amazing to have not just one centenarian in your family but two!

In 2012, Millie moved to Heath Village and was followed shortly thereafter in 2013 by her sister Bea.

Understandably the virus has been difficult on them both as restrictions kept them separated. We are thankful that we were able to bring them safely together (masks were only removed for the photo). They were thrilled to be reunited.