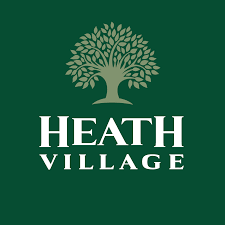 It is hard to believe that during its 55-year history, Heath Village has only had three Executive Directors – founder The Reverend Clarence W. Sickles, Charles Peters, and finally, arriving in 1988, Patrick E. Brady. Prior to his arrival at Heath Village, Brady worked at the Green Hill Memorial Center for Women in West Orange.

Brady was instrumental in overseeing Heath Village’s expansion during the 1990s and establishing many of the traditions, services and amenities that currently exist. Indeed, Heath Village stands today as one of the finest retirement communities in the state in large part to Brady’s leadership, strategic planning, and dedication to serving the senior population.

“I can hardly believe it has been a quarter of a century serving on the Heath boards with Pat Brady.  During all that time, I never had a worry that he was anything but the perfect person in the ED/CEO position.  Every time I went to a Leading Age national conference, I came away proud that our communities are cutting edge and often years ahead of almost all other facilities, even larger and more expensive organizations.  I never want to think that anyone is irreplaceable, but Pat comes as close as anyone I have ever worked alongside.  I especially commend him for his support and empowerment of women in leadership roles,” said Carol McKinney, Chair, Heath Village Board of Trustees.

Brady is particularly proud of his role in establishing Heath Village’s award winning intergenerational childcare center, The Friendship Center. “A retirement community hosting a childcare center with resident volunteers was a novel idea 30 years ago. Many of my fellow Heath Village board members had doubts about it, but Pat saw it as a plus for the residents and for the children, and he has always liked novel ideas,” said John Reynolds, Friendship Center founder and Board member. “A thousand or so kids and who knows how many Heath Village volunteers and Pen Pals later, the success of the Friendship Center has proved him right,” said Reynolds.

The Board is pleased to announce that current Chief Operating Officer Mary Ellen Bove has been named to succeed Brady in his role both as Chief Executive Officer of Heath Alliance for Care, Heath Village’s parent company, as well as Executive Director of Heath Village. Bove who joined Heath Village in 2009, brings with her more than 35 years working in the senior living industry. Her extensive experience includes leadership roles not only at retirement communities like Heath but also at both assisted living and long-term care facilities.

“Mr. Brady has been an excellent mentor during my twelve years at Heath Village. I have learned much from him and have always been impressed by his commitment to the community’s residents and staff,” said Mary Ellen Bove, Heath Village Chief Operating Officer and Administrator. “I am grateful for the opportunity I have been granted to succeed him and look forward to building on his legacy,” said Bove.

“We look forward to writing the next chapter of the Heath Village story with Mary Ellen at the helm as our new CEO and Executive Director,” said Heath Alliance for Care Board President Herb Korte.