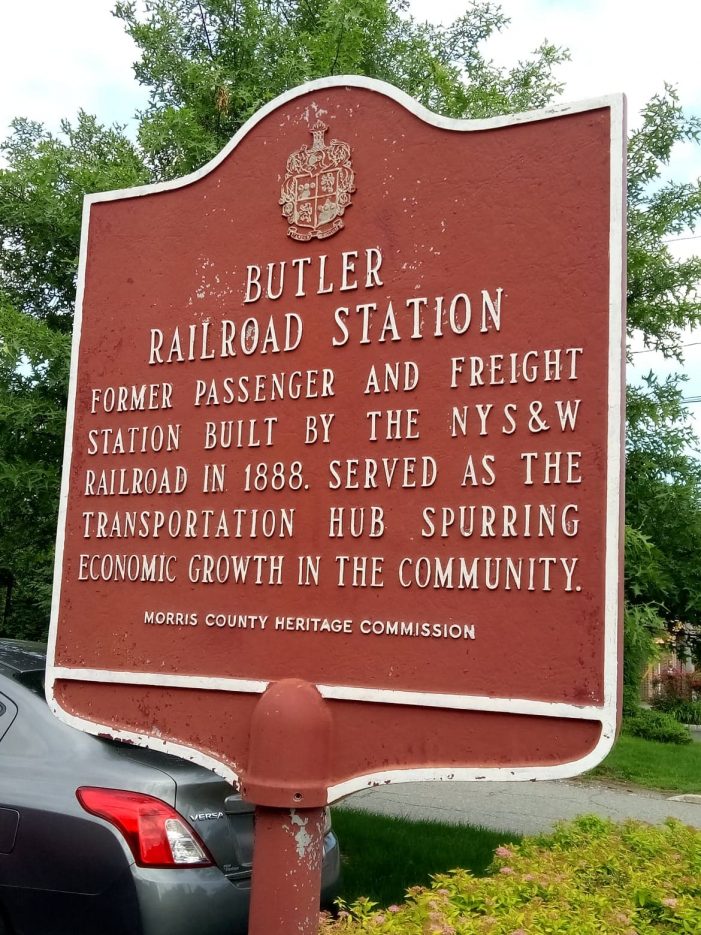 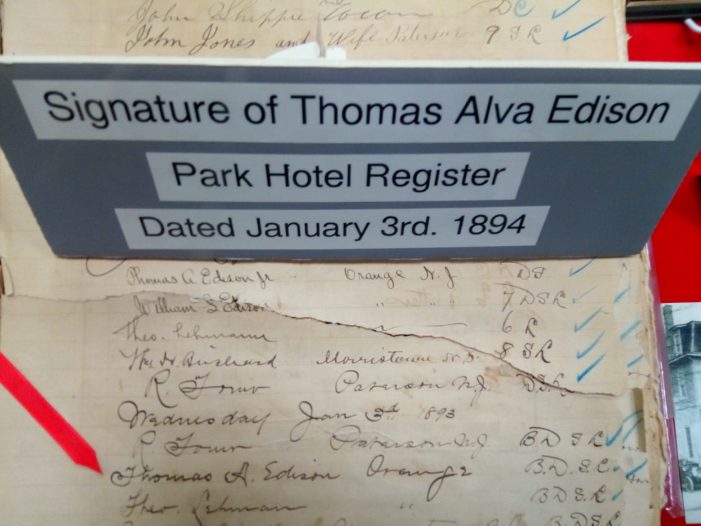 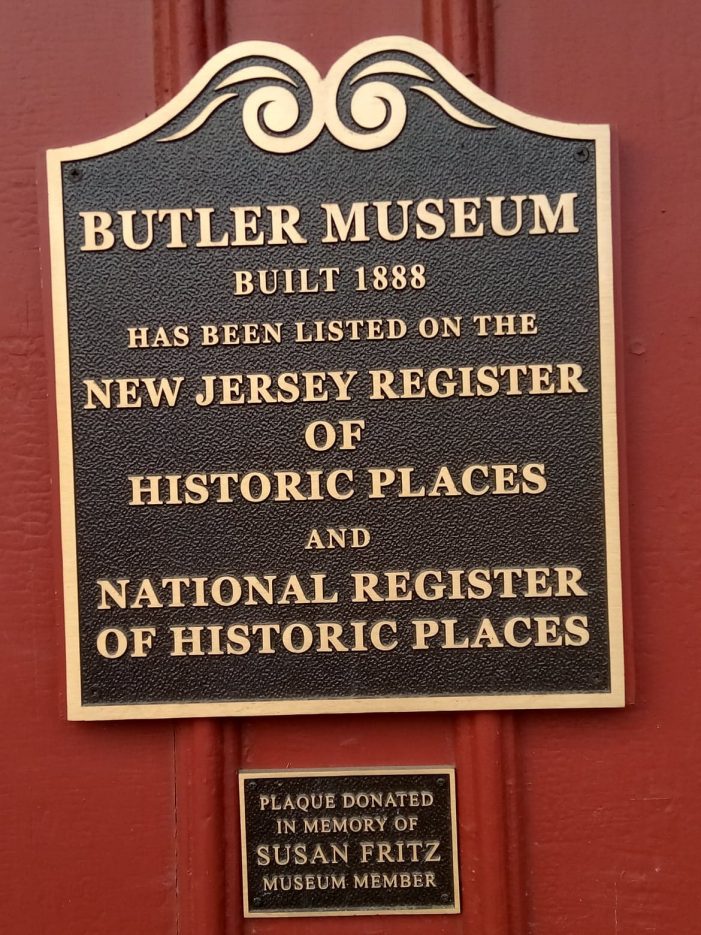 For a history on anything Butler, New Jersey, a visit to the Butler Museum is recommended.

In fact, you’ll need a few visits to really digest all that is displayed.

The museum is located in an apropos spot: a 1888 former railroad freight house at 221 Main Street.

Call it history at home within history itself. 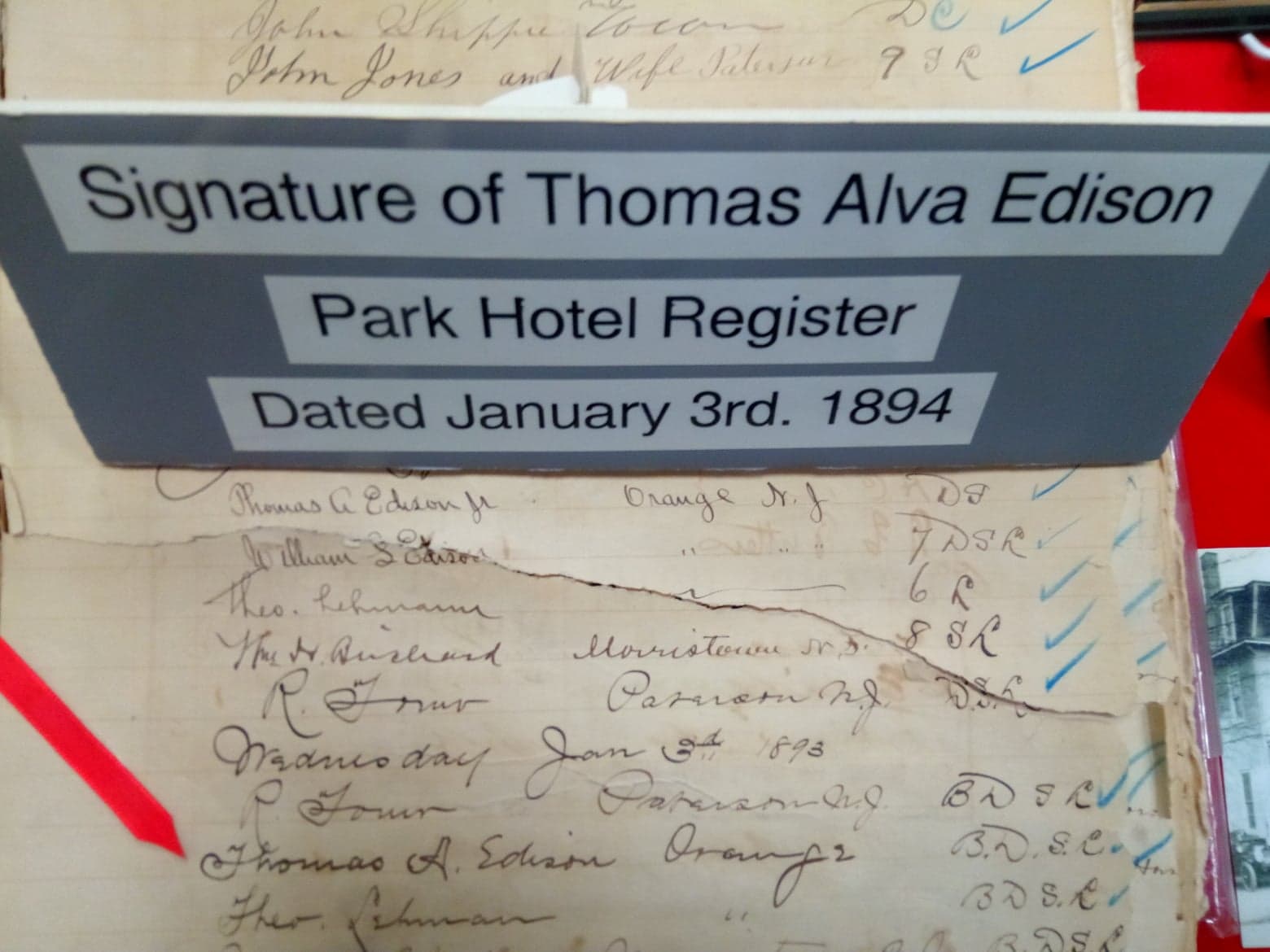 “It was in the early ‘60s that Ken Carpenter from the high school was getting together history fair projects and stuff like that,” says Ken Montanye, a Co-Chair and member of the Butler Museum and Historical Committee, as he explains how the museum was developed. “They had a building up by the high school that burned down and a lot of stuff was lost, and stuff was moved around. So, in 1976, for the Bicentennial, the opportunity came for the town to buy this building from the railroad, because they (the railroad) didn’t need it after the mid ‘60s because they had no more passenger service.”

Mary Anne Holdsworth serves as the other Co-Chair of the museum, Cindy Sokoloff is Corresponding Secretary, Alan Bird Curator, Carolyn Mynett serves as Recording Secretary, Remy Donnard is Sergeant at Arms, and they are aided by Sherry Bednar Mosier, Helen Ebers, and Board Liaison Bob Meier.

The railroad’s decided loss was Butler’s gain. Although freight service still runs Monday, Wednesday and Friday, the museum reigns, four rooms full of a variety of Butler history. Montanye explains why it’s such a gem. “Because it’s history, and if you don’t preserve history, then it’s lost.”

Need to check out some history in a Butler High School yearbook? You can do so in the Butler Museum in the Reference Room, the years represented are 1920 to the present. Want to learn more about Frederic Bartholdi’s (for whom Bartholdi Avenue is named) involvement with the building of the Statue of Liberty? You’ll learn a lot here, where original documents and models are on display. Famed inventor Thomas Alva Edison stayed in town at the Park Hotel, as did his son, William. Both of their signatures are in the hotel ledger book, as is Roy Roger’s, who stopped in town with his companion, Trigger. As you peruse all of this, former Mayor Richard Butler views the room in entirety from a framed wall photo.

Depending on interest, there is bound to be something here to be fascinated by, and maybe the opportunity to learn about something new.

Located in the Home Goods Room are bottles and artifacts that relate to home life, per Montanye, “back in the day.” Also, on display are self-built rockets courtesy of Montayne, he fond of that arena. Entering the Ticket Master Room, you encounter the still-intact ticket window where tickets were sold for passenger trains, as well as microphones and speakers used to announce arrivals and departures. Visitors can also see part of a jail cell from the original Butler police station. “It was deemed unconstitutional because of the design where you could hang yourself, so they got rid of that and created new jail cells,” says Montanye.

Vicky Peine is a volunteer at the museum (“I enjoy it so much,” she says), and 99% of the labeling of items at the 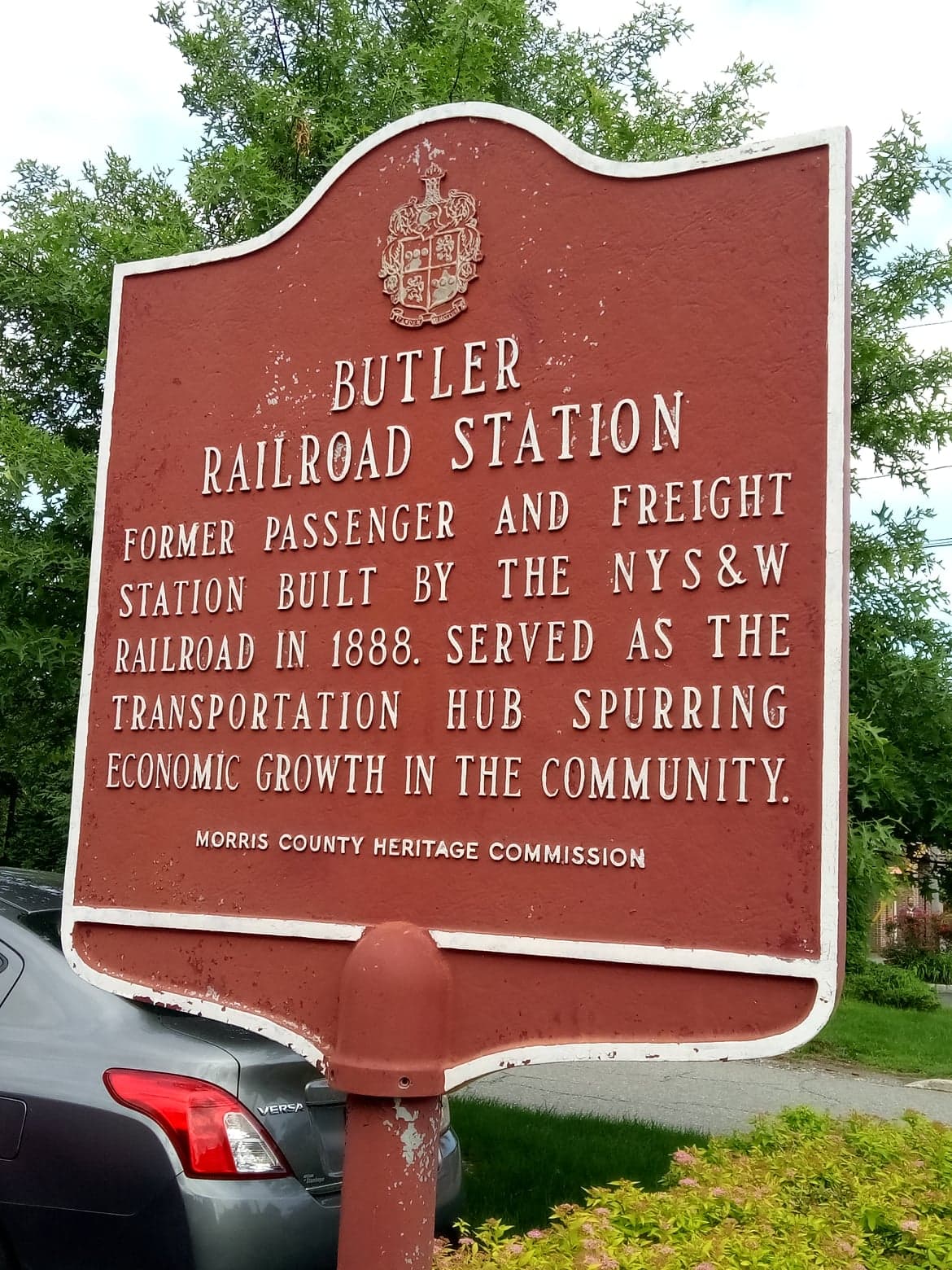 museum is credited to her. In fact, she and Montayne for 30 hours researched and labeled anything related to the Military Room’s  American Hard Rubber Company display. Also, in this particular room are significant items pertaining to the Butler police, fire, and first aid squad departments, including ticker tape machines, a hose cart, original boxes where alarms that could be pulled were housed on the street, and more. In prominence at the top of the wall is the clock that was saved from the Butler High School fire. “I believe it was 1963,” says Montanye.

All eleven museum showcases now feature recently installed LED showcase lighting, which makes all artifacts behind the glass and wording they’re labeled with easier to read.

“We want to make this the showcase of downtown Butler,” says Montanye. “We’re proud of it. We’re preserving history for future generations.”

The Butler Museum is open the first and third Saturdays monthly from 10:00 a.m. to 4:00 p.m. Visit www.butlermuseumnj.org. Admission is free. Volunteers are welcome.