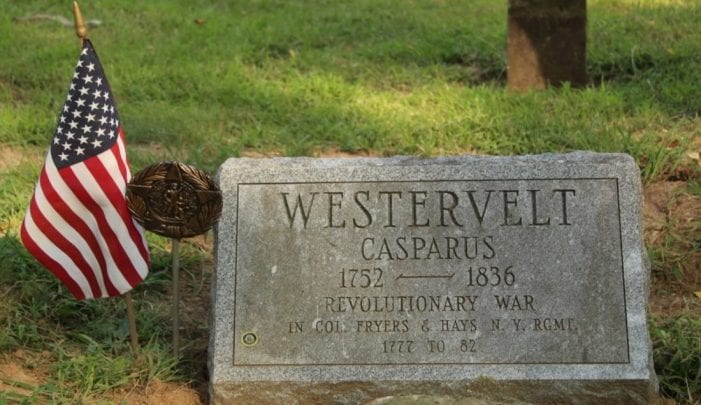 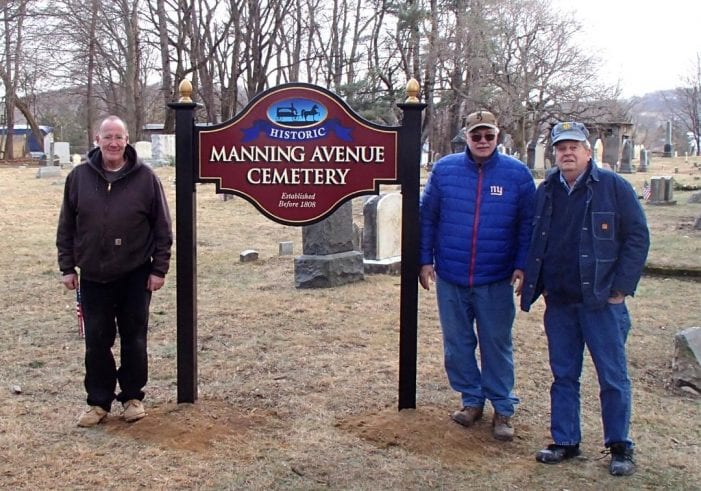 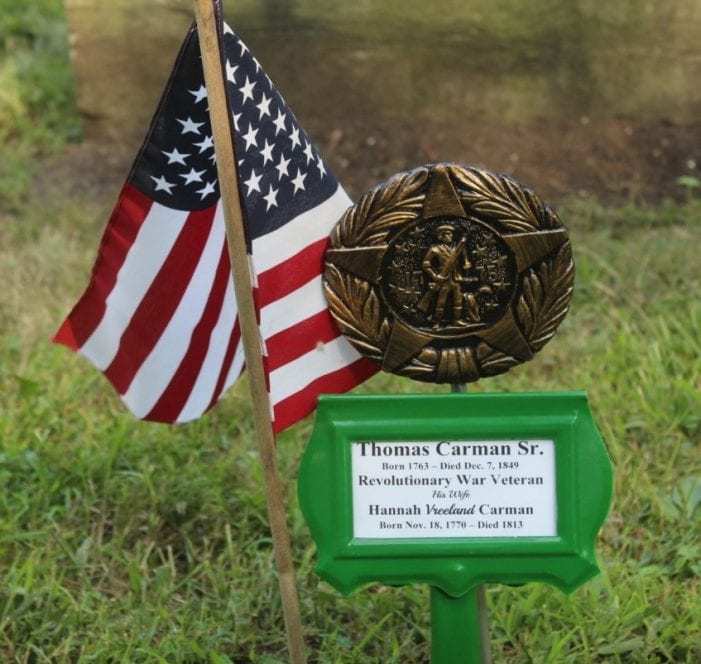 Tom Riley, Alan Bird, and Bob Meier have been busy.

For the last two years, the three have been restoring Manning Avenue Cemetery in Butler, their project bearing fruit as most of the approximately four hundred headstones, which had been severely vandalized for the last 50 years, knocked over and in pieces, have been fixed. 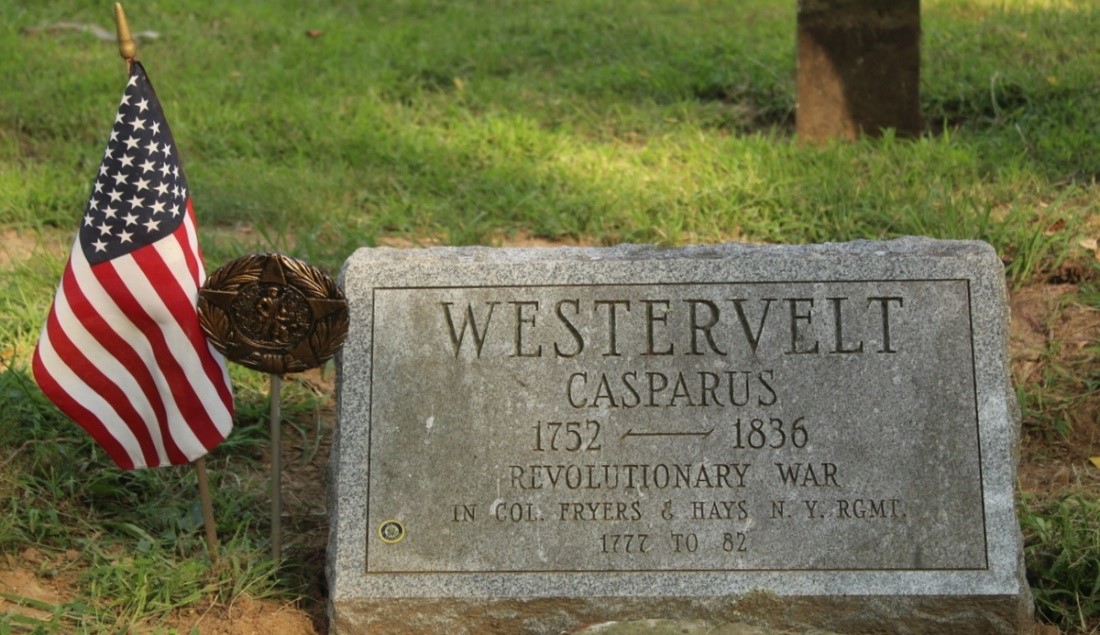 “No more” says Riley. “Every stone has been reset and repaired.” The trio collected $1,500 in donations, and a new sign has been placed at the cemetery.

To prevent future vandalism, the cemetery is under 24-hour video surveillance.

“The worst desecration, the Veterans’ graves,” says Riley, who was recognized as Bloomingdale’s Hometown Historian during its Centennial Celebration in 2018, and whose great-great grandmother, great grand-father, and many other relatives on both sides of his family are buried in Manning Avenue Cemetery.

Manning Avenue Cemetery contains much history; Butler, yes, but also United Sates History. The earliest known burial is 1808 and there are possibly unmarked graves prior to that date. There are two Revolutionary War veterans, two veterans from the War of 1812, 26 Civil War veterans, one from World War I, two from World War II, and one Korean War veteran.

Originally the Francisco Family Cemetery, it was incorporated as the Bloomingdale Cemetery Association in 1867. Interestingly, the cemetery predates the formation of the town of Butler in 1901. “It was re-organized as the Butler-Bloomingdale Cemetery Association in 1895, and when the last association member died, the cemetery fell into a state of neglect and that’s when the vandalism started,” claims Riley, who is writing a book (his sixth) about Manning Avenue Cemetery. It will include a history, photos of every gravestone, and obituaries and biographies of some of those buried.

No one after 1984 remained to care for the property, and then senseless vandalism ensued. The ledger book and remaining association funds of the cemetery association, but not ownership or the cemetery, became the property of the Borough of Butler. Except for mowing the grass around the toppled gravestones and efforts by a few folks to restore, little could be done to address the issue. 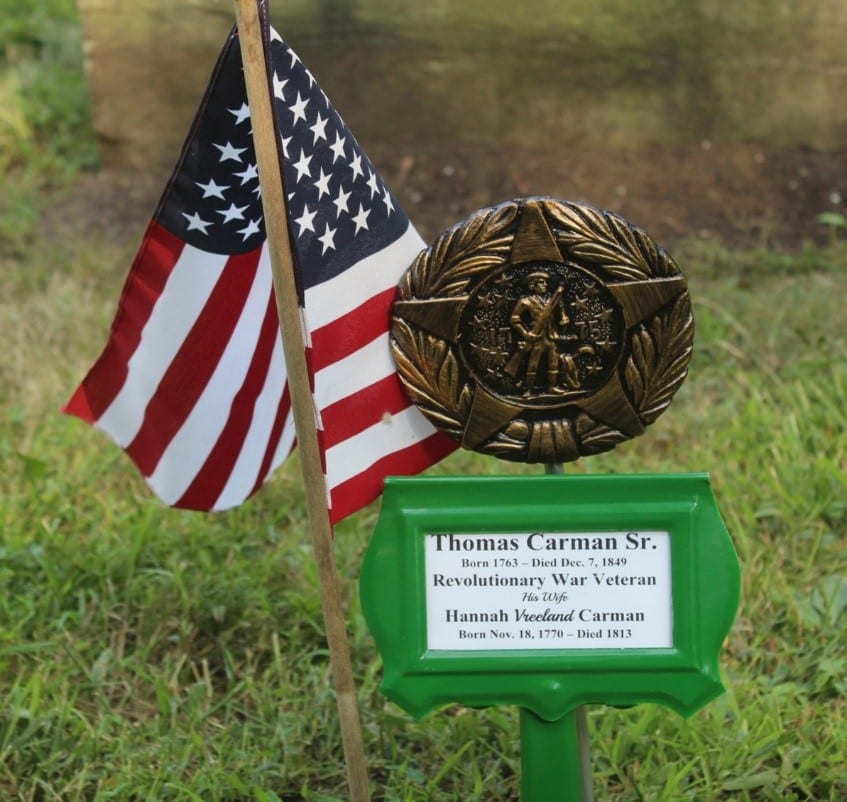 After completing a project that documented the burials at the Brown/Sanders Cemetery for the Butler Museum in 2016, Riley embarked on the same for Manning Avenue Cemetery. However, when Bird got involved, discussion of total restoration took place, both deciding to locate as many buried and knocked over headstones they could and manually lift them. Meier then stepped in and used his masonry skills to repair the broken stones and set them back in place. The goal, which had previously been documentation of the burials, became a complete cemetery restoration.

The restoration was completed in the fall of 2018, and Riley’s upcoming Manning Avenue Cemetery book fulfills the documentation end. For Riley, Bird, and Meier, it’s about history, and remembering and respect for that past and its people.