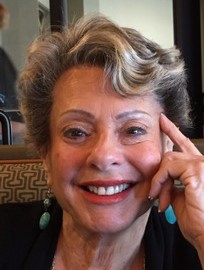 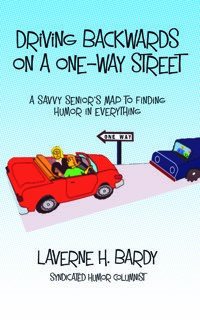 In a time where we could all use a few laughs comes “Driving Backwards on a One-Way Street: A Savvy Senior’s Map to Finding Humor in Everything,” from the irreverent mind of New Jersey humor columnist Laverne H. Bardy.

Featuring 71 of the humorist’s favorite columns, “Driving Backwards on a One-Way Street” explores aging in America with a delightfully wicked humor and wit that appeals to any age. Divided into themes like “Oops!”, Bardy, who lives in Green Township by Newton, explores topics both timely and timeless.

These stories will appeal to both.

Readers of a certain age will relate to the struggles of getting older while finding solace that they aren’t alone in finding themselves in embarrassing situations: Take, for example, flirting with a young, handsome waiter only to have him retrieve your walker a few moments later.

Meanwhile, readers of a younger age will learn just what they’re in for, like realizing that retired life might not be so glamorous as one thought: “What he loves most is going out for breakfast. Every morning. It was a treat the first 253 times…”

Bardy captures life’s little quips in a way that might even make some readers blush. After a DNA test, she phoned her friend:

“Elsa,” I said. “You’ll be surprised to learn I have a little Scandinavian in me.” “Size doesn’t matter,” she said. “What’s important is that he’s kind to you.”

With content like this streaming from her fingers, it’s surprising to know that Bardy hadn’t always dreamed of being a humor columnist.

“I never consciously thought about writing a column, I just knew I enjoyed writing,” she said of the origins of her column, which for many years now has been nationally syndicated. “All my life I’ve been told that I am funny. It was early on, while the children were all in school, and I was sitting with a group of friends around my kitchen table, that I realized each of the stories we were relating were similar. And, they were funny.”

At the time, she was in charge of a PTA newsletter at her children’s school, so she began cataloguing everyday, relatable events and putting her unique touch to them. Eventually she submitted a few columns to a local newspaper. They were accepted and her “career” as a columnist officially began. Decades later, she’s still at it.

“I can’t imagine ever starting a day without paying a visit to my office, sitting in front of my computer, and writing something. Anything,” she said of her passion. “Writing is one of few occupations that a person can continue doing clear into senility.”

To buy “Driving Backwards on a One-Way Street” or learn more about Laverne, visit LaverneBardy.com. The book is also available on Amazon.