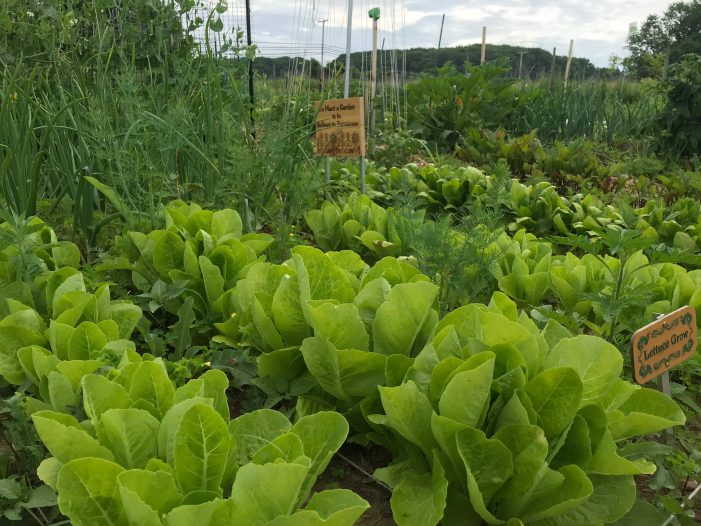 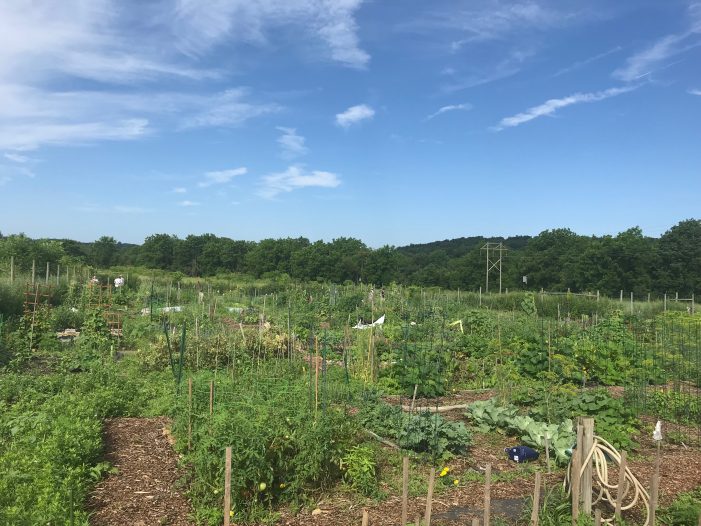 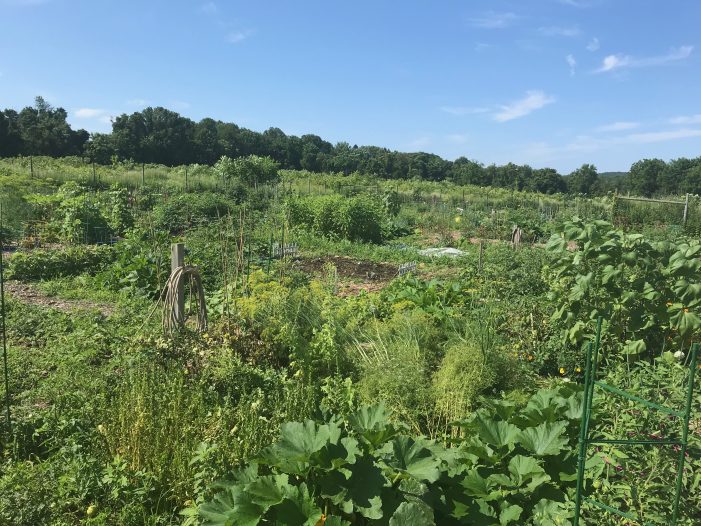 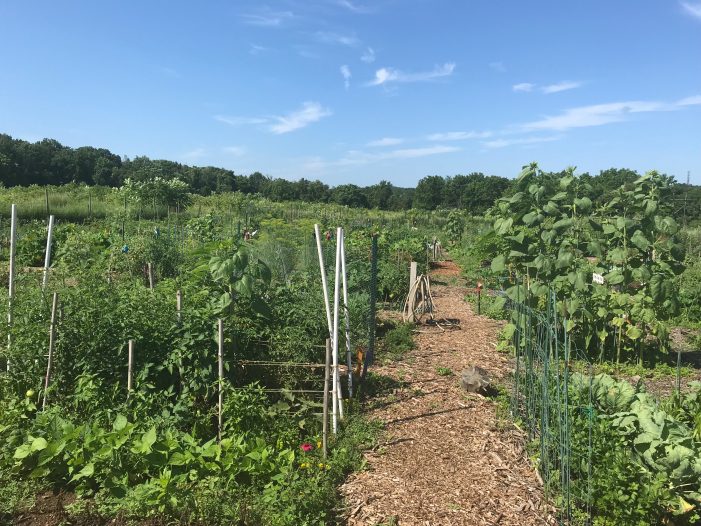 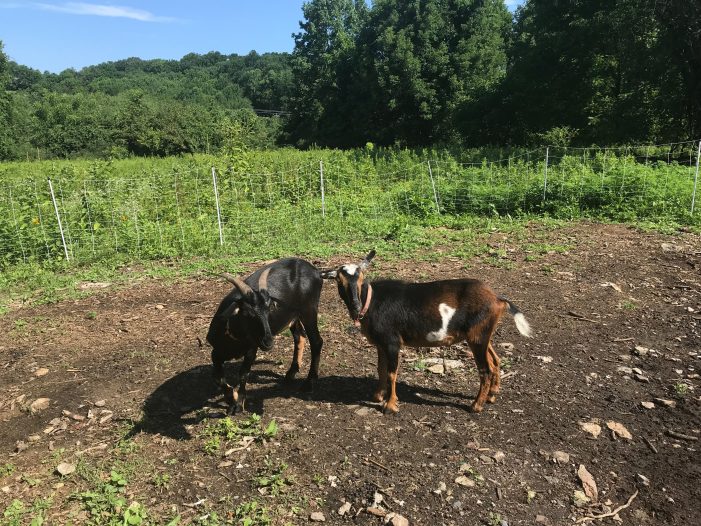 The township of Mt. Olive is unique in several aspects, its early tendency towards land and water preservation perhaps one of the more remarkable. In 1999, when the concept of water stewardship was no more than a buzzword to many municipalities, Mt. Olive had provided for it in the newly created Open Space and Recreation Plan (OSRP). The ambitious goals of the OSRP, which ranged from preserving existing open spaces to securing watershed and aquifer protection, sought to make use of a special tax that had been approved by Mt. Olive residents in 1996 for the express purpose of open space development. 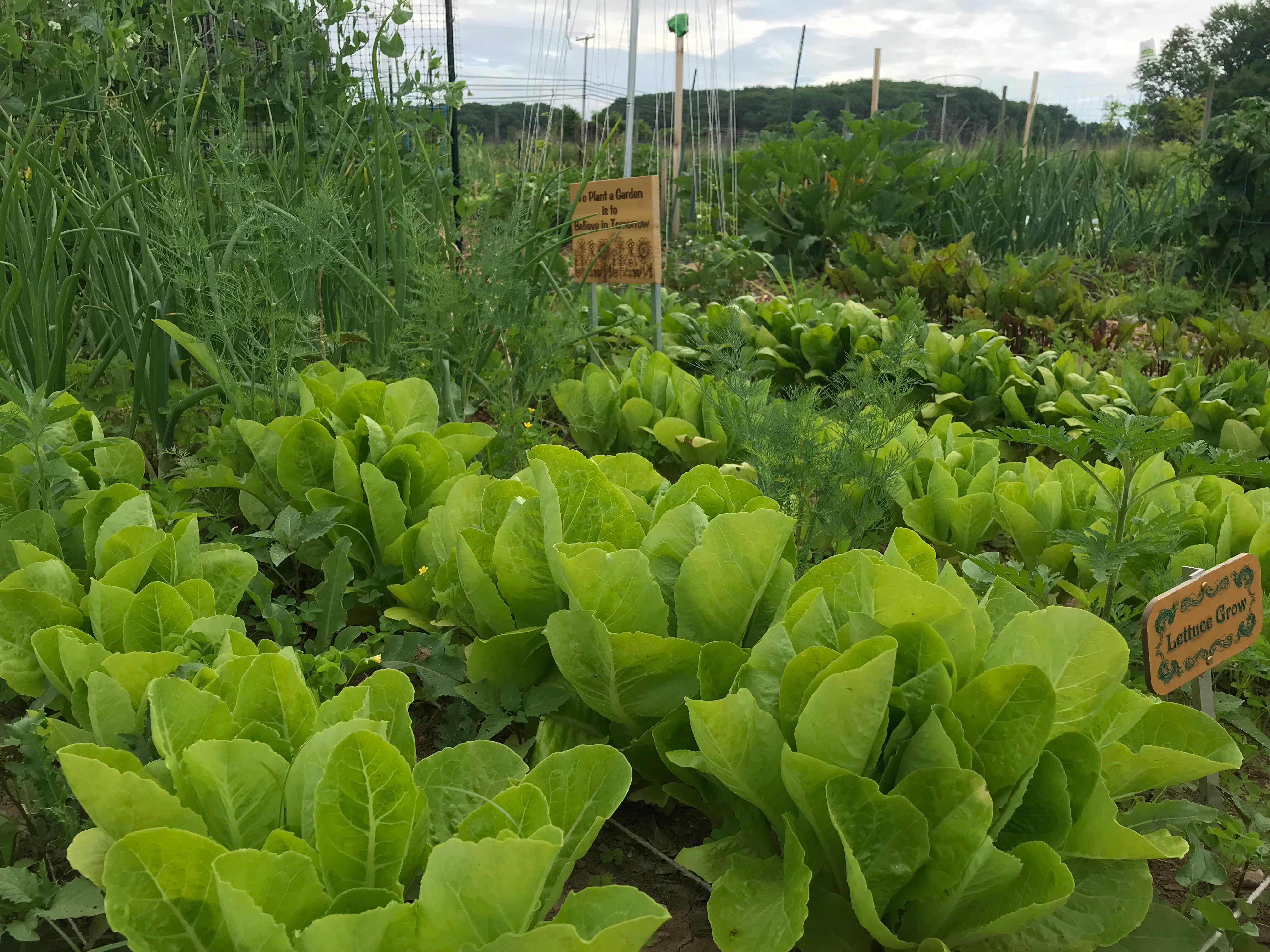 On Tuesday, July 23, the Mt. Olive township council witnessed a presentation that expanded on updates to the 1999 plan. The meeting opened with a welcome and introduction by the township’s Open Space Committee Chair Bob Delpizzo and Vice-chair Kathy Murphy.

The Open Space Committee is a volunteer board appointed by the township council. Its primary purpose is to advise the governing body about the use of the Open Space Trust Fund (OSTF) as it relates to land acquisitions. The Committee is inclined towards acquiring properties that demonstrate a mixed use of outdoor recreation activities, connecting with existing preserved lands and a potential for attracting funding partners.

Barbara Heskins Davis, Vice President of Programs at the Land Conservancy of New Jersey, took the floor following Delpizzo’s introductory remarks. Davis works in concert with the Chair of the Open Space Committee, and spoke at length about the state of open space programs in Mt. Olive in a presentation that looked at the updated OSRP and included a review of the map of preserved and public land. Davis’ presentation concluded with an explanation of the next steps to be taken, opening the floor to comments and questions by the public.

The Land Conservancy of New Jersey is an accredited land trust that preserves land and water resources, conserves open space, and empowers individuals and communities to protect natural land and the environment.

Preserving land is at the heart of the organization’s work, and it has been an important partner for the Open Space Committee in this endeavor. Additionally, the Conservancy strives to ensure plentiful supply of safe, clean drinking water, productive land for agriculture, sustainable land for wildlife and forests to thrive, and neighborhood parks and natural areas for people to enjoy a healthy lifestyle.

The Conservancy’s staff and Board of Trustees is a group of dedicated experts that include certified planners, wetland scientists, GIS mapping professionals, project managers and land preservation specialists. 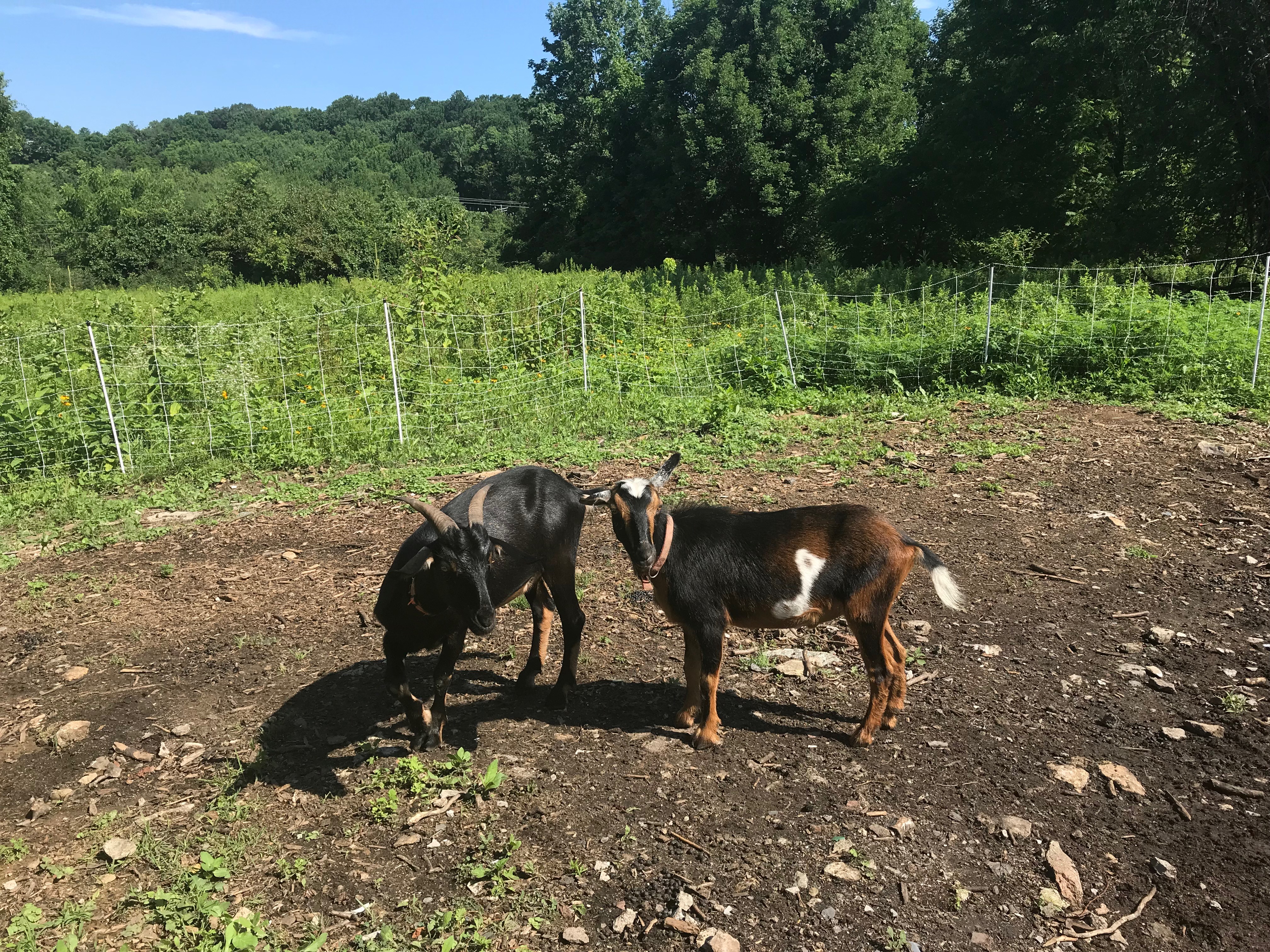 Davis joined the Conservancy staff in 1999, and currently leads the nonprofit organization’s award-winning municipal services program, Partners for Greener Communities. This program has helped New Jersey towns receive $232 million in federal, state and county grants for land preservation, and preserve 16,000 acres in their communities. Davis’ responsibilities include the supervision and completion of Open Space and Recreation Plans, Farmland Preservation Plans, Trail and Greenway Plans and Environmental Resource Inventories for towns and counties. Davis is a licensed planner certified by the American Institute of Certified Planners.

According to Davis, Mt. Olive is the first township in Morris County to create an open space program that is supported by a levied tax.

“It’s truly remarkable the way that the township residents have leveraged the grant to preserve acres of land,” Davis said. “For example, within the first few years [of OSRP’s implementation], they bought the Kantor property.”

The Kantor purchase that Davis refers to effectively expanded the Budd Lake Bog Natural Area in 1998, one year after the creation of the Open Space Committee and the trust fund for land preservation. Budd Lake is New Jersey’s largest natural lake and contains a bog that is one of the state’s most unique natural features. The lake is the headwaters of the South Branch Raritan River, a drinking water resource for over a million residents downstream. Acquisition of lands around the north end of the lake maintains a natural buffer around the bog, protecting the natural resources.

Since the special tax to preserve open space went into effect in November 1996, the township has preserved over 2,000 acres of land in addition to funding a diverse array of recreation facilities. The collected tax is placed in the OSTF, where funding is dedicated solely towards open space and farmland preservation and recreation facility development. The OSTF helps Mt. Olive remain a community with a healthy mix of natural lands, diverse places to play, and commercial and residential development.

Some of the more notable expenditures of the OSTF resulted in a dog park for Mt. Olive pets and their owners in 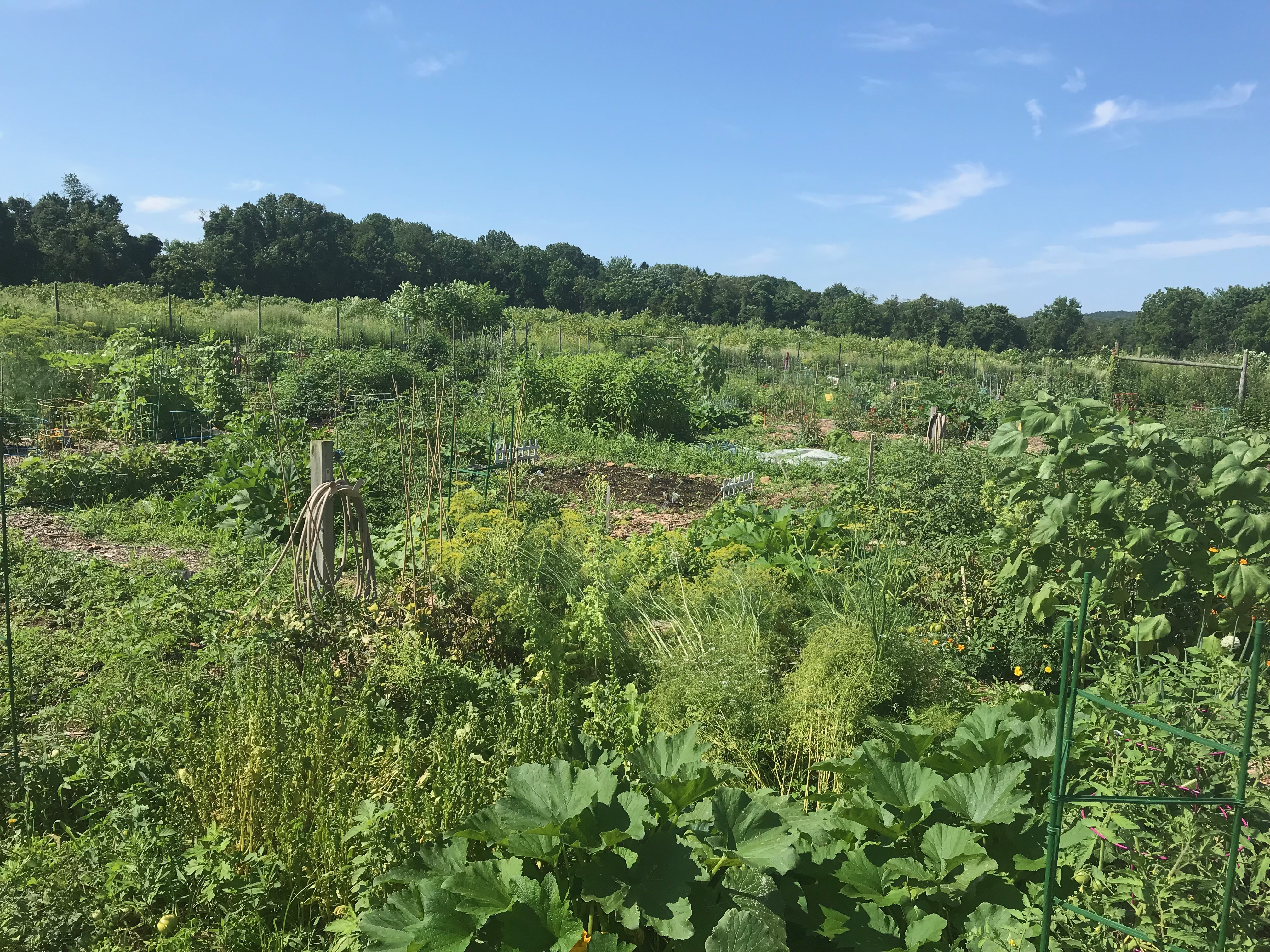 Turkey Brook Park, and a property on Budd Lake that will provide a place for residents to enjoy all that the unique lake has to offer. Throughout the history of the OSTF, the township has purchased a total of 17 properties, nine of which are located in Budd Lake and seven in Flanders. The remaining property, Turkey Brook Greenway, is in the geographic center of Mt. Olive.

The properties acquired by the OSTF over the years are diverse, with the largest being 600 acres (the hillside overlooking Budd Lake) and the smallest 12 acres. Significantly, the trust has allowed some of Mt. Olive’s most treasured natural and historical landmarks to remain a part of the community in perpetuity. This integration of historical and geographical preservation is a point specifically outlined in the original OSRP.

Mt. Olive and its incorporated areas have a history of being primarily farming communities balanced by a number of wooded preserves and bodies of water. Notable structures that speak to the township’s scenic farmland are the Charters Farm on Stephens State Park Road, the Devlin Farm and the Church of Illumination Farm.

The township is also home to the Mount Olive Village Historic District, located along Mount Olive Road and Flanders-Drakestown Road. The district was added to the National Register of Historic Places in 2015 and includes the Mount Olive Baptist Church and Schoolhouse. The OSTF paid for renovations to the 18th century church and adjoining cemetery, as well as a roof on the Seward Mansion – Mt. Olive’s premier historic site located in Turkey Brook Park.

“Some of the areas are not what you would traditionally consider ‘open space’; there are a lot of historic spaces, as well as churches and farms,” Davis said.

Historical preservation in the township has been almost synonymous with its environmental efforts. Written into the original OSRP is a plan to “save scenic landscapes and features that evoke memories of Mt. Olive’s natural and cultural heritage.” The township open space is likewise meant to “complement historic and cultural areas.”

Other goals of the original plan include the establishing of a park within a 10-minute walk or bike ride of every resident; ensuring an adequate supply of recreation lands for residents of all ages; protecting water quality and quantity by keeping streambanks and their shores in a natural state; safeguarding landscape diversity by encouraging farmland preservation; and creating incentives for regional resource protection by extending Patriots’ Path through Mt. Olive. 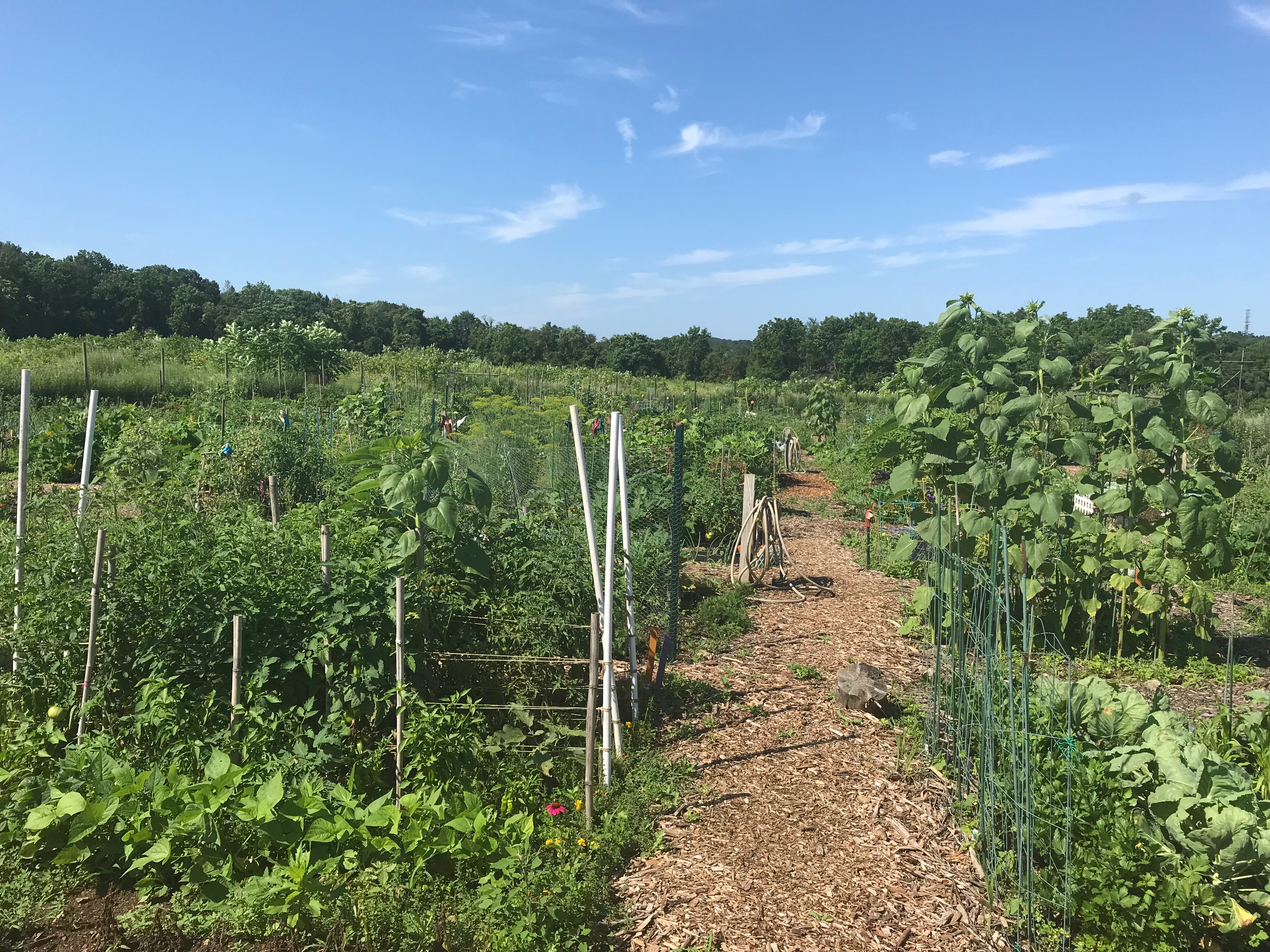 “Mt. Olive has a very engaged community, with a very robust volunteer base,” the licensed planner said. “They have always been ahead of their time in terms of land and water preservation.”

The trust, which had started as a one cent levy for every $100 at its inception and increased to three cents within a couple of years has been an advantageous deal, economically, for Mt. Olive residents. For every dollar used by the trust taxpayers to preserve land in Mt. Olive, other partners have contributed $8. According to the Open Space Committee, if this land had not been preserved, over 800 new homes could have been built, further taxing stretched educational and municipal service budgets.

Partners in Mt. Olive land preservation have included the State Green Acres Program, Morris County Open Space and Farmland Preservation Trust, Federal Forest Legacy Program, and nonprofit conservation organizations – particularly the Land Conservancy of New Jersey. Historically, about 57 percent of expenditures from the OSTF have purchased land, with 40 percent of the funds being used to develop recreation facilities, primarily in Turkey Brook Park. The remaining three percent have been spent towards historic preservation in recent years.

The next steps for the Land Conservancy, as outlined by Davis at the July meeting, include conducting an open space tour of the township, reviewing the Recreation and Open Space Inventory (ROSI) and private Homeowner Association, updating goals and submitting a draft report to the Open Space Committee and the township planning board. The report will then be finalized and adopted as an element of the master plan, before finally being submitted to NJDEP Green Acres.

“Right now we are getting a good lay of the land – that is where we’re at [in regard to the OSRP],” Davis said. “The question now is ‘Where do we go from here?’”

Lately, the Land Conservancy has been at work on South Branch Preserve along Wolfe Road. The property is owned by the Conservancy and recently saw a farmer from CityGreen farming part of the land.

“We are restoring land for a butterfly/pollinator meadow, and in addition to the garden we have goats helping to eat all of the invasive plant species (our ‘Chew Crew’!),” Davis said.