In the Land of the Chamorros, Peapack Native Serves with the U.S. Navy’s “Silent Service” Half a World Away in Guam 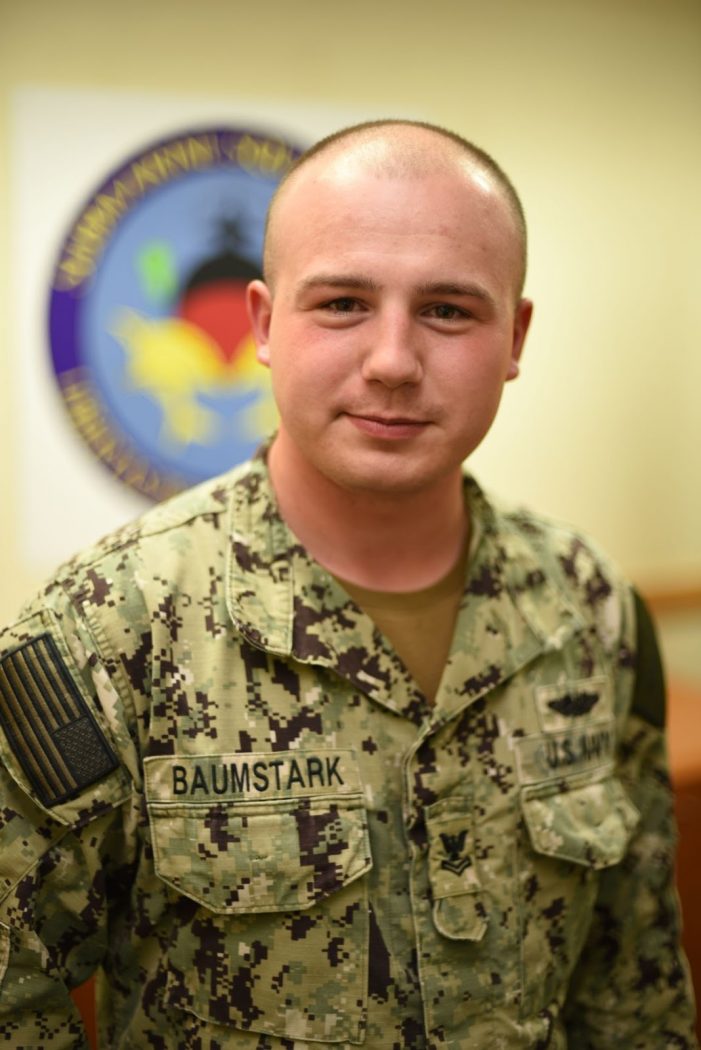 A 2014 Bernards High School graduate and Peapack native is serving with the U.S. Navy aboard one of the world’s most advanced nuclear-powered submarines, USS Asheville.Photo by Mass Communication Specialist 1st Class Heidi Cheek

Petty Officer 2nd Class Joshua Baumstark is a sonar technician (submarine) aboard the Guam-based submarine, one of four Los Angeles-class submarines forward-deployed on the island.

A Navy sonar technician (submarine) is responsible for being the eyes and ears of the ship and making sure the submarine does not collide with any other vessels.

Baumstark credits success in the Navy to many of the lessons learned in Peapack.

“I learned how to set goals for myself and how to thrive in a close-knit group of people,” Baumstark said.

Jobs are highly varied aboard the submarine. Approximately 130 sailors make up the submarine’s crew, doing everything from handling weapons to maintaining nuclear reactors.

Attack submarines are designed to hunt down and destroy enemy submarines and surface ships; strike targets ashore with cruise missiles; carry and deliver Navy SEALs; carry out intelligence, surveillance, and reconnaissance missions; and engage in mine warfare. Their primary tactical advantage is stealth, operating undetected under the sea for long periods of time.

“As the only forward deployed submarine squadron, we are the quick reaction force for the Navy. We can respond quickly to any crisis,” said Capt. Tim Poe, Commodore, Submarine Squadron 15. “It’s spectacular the work our Sailors do. We ask a lot of them and they always meet the challenge.”

According to Navy officials, because of the demanding environment aboard submarines, personnel are accepted only after rigorous testing and observation. Submariners are some of the most highly-trained and skilled people in the Navy. Regardless of their specialty, everyone has to learn how everything on the ship works and how to respond in emergencies to become “qualified in submarines” and earn the right to wear the coveted gold or silver dolphins on their uniform.

“I enjoy being close to where all of the action is and having to have a high level of knowledge,” Baumstark said.

According to officials at the U.S. Navy’s Pacific Fleet headquarters in Pearl Harbor, Hawaii, the ships, submarines, aircraft and Navy personnel forward-deployed to Guam are part of the world’s largest fleet command and serve in a region critical to U.S. national security.  The U.S. Pacific Fleet encompasses 100 million square miles, nearly half the Earth’s surface, from Antarctica to the Arctic Circle and from the West Coast of the United States into the Indian Ocean. All told, there are more than 200 ships and submarines, nearly 1,200 aircraft, and more than 130,000 uniformed and civilian personnel serving in the Pacific.

Though there are many ways for sailors to earn distinction in their command, community, and career, Baumstark is most proud earning the submarine Dolphins and earning the Battle “E” award in 2017.

“I accomplished these achievements through hard work and working together as a team,” Baumstark said.

Serving in the Navy means Baumstark is part of a world that is taking on new importance in America’s focus on rebuilding military readiness, strengthening alliances and reforming business practices in support of the National Defense Strategy.

“Our priorities center on people, capabilities and processes, and will be achieved by our focus on speed, value, results and partnerships,” said Secretary of the Navy Richard V. Spencer. “Readiness, lethality and modernization are the requirements driving these priorities.”

As a member of one of the U.S. Navy’s most relied upon assets, Baumstark and other sailors know they are part of a legacy that will last beyond their lifetimes, one that will provide a critical component of the Navy the nation needs.

“I’m proud of being able to serve my country and protect freedom and democracy around the world,” Baumstark said. “Through my service I get to honor the legacy of my grandfather.”