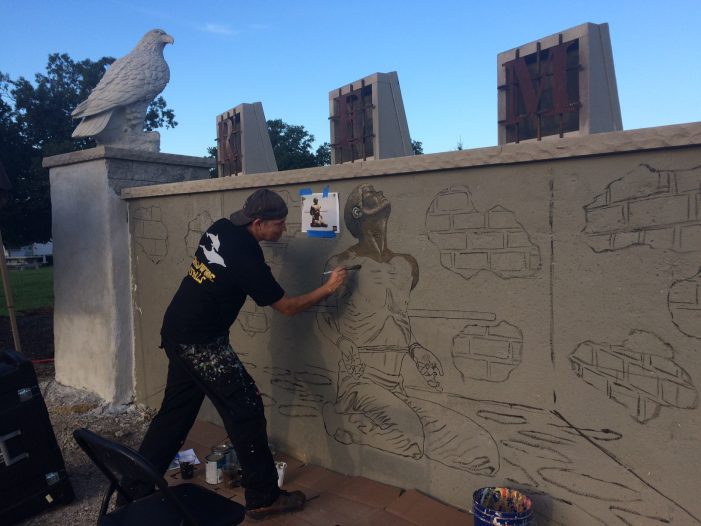 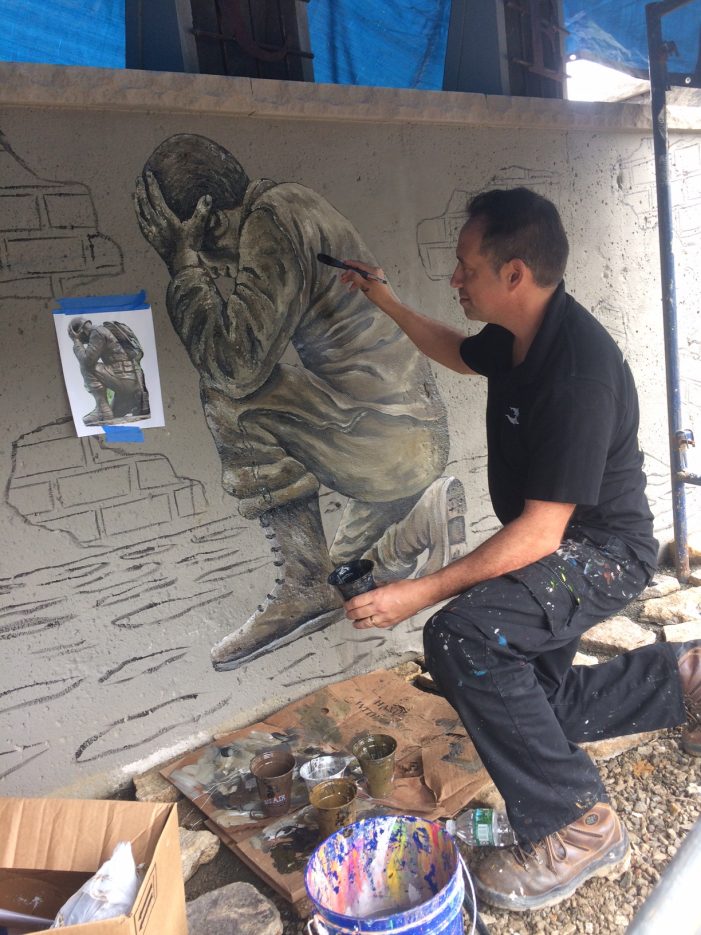 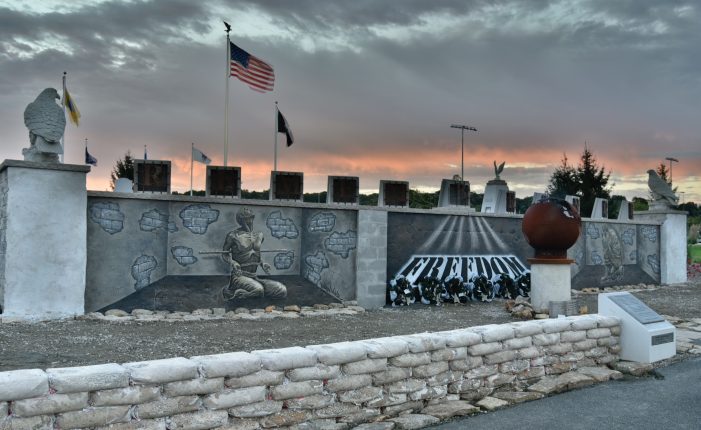 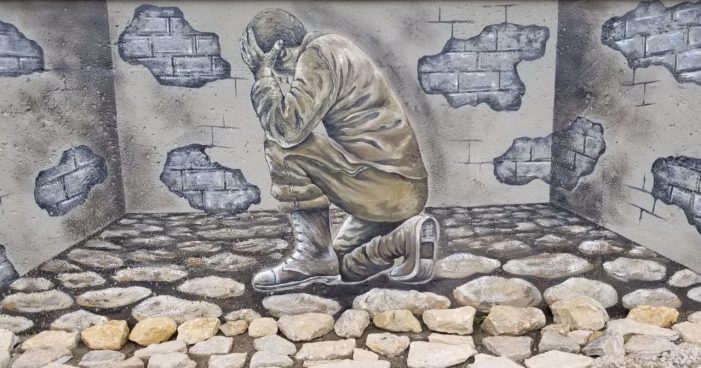 Mount Olive is now home to a mural created by an internationally known artist from Israel. 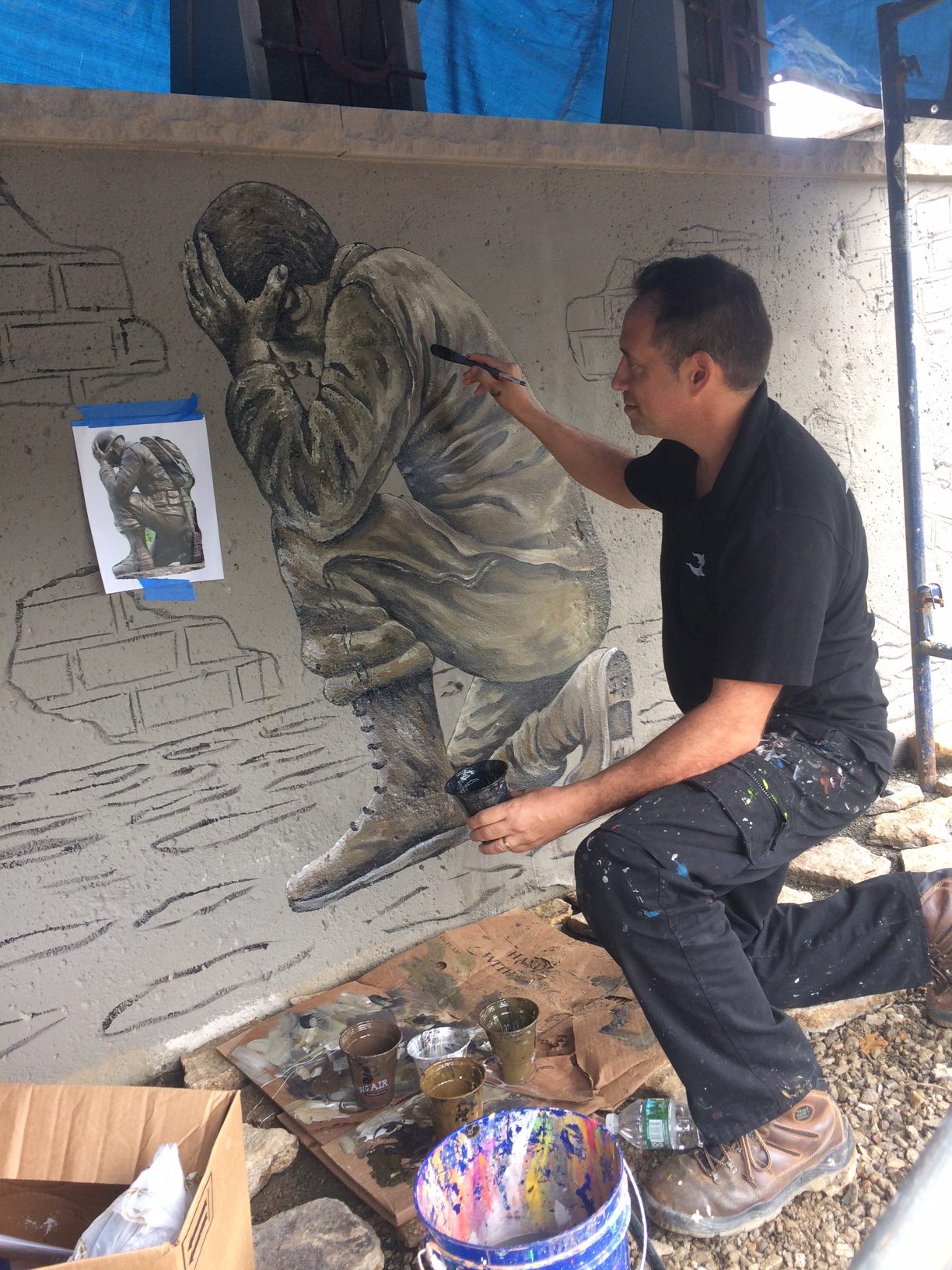 Viner, 43, grew up in Israel and has been an artist for more than 20 years. He met with the All Veterans Memorial Board of Directors and got a sense of what they wanted for the mural.

He painted soldiers who are captured in a jail with their hands behind their back, representing prisoners of war. 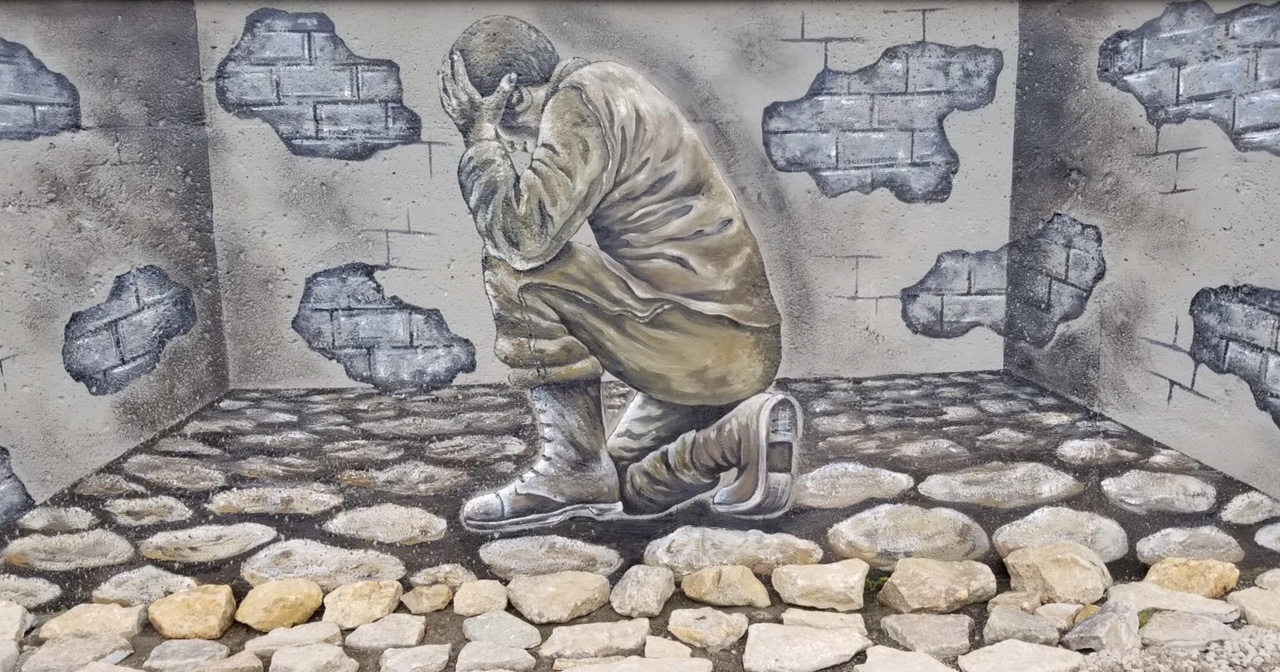 “They (the soldiers in the mural) wanted you to feel what they felt,” he explained. “It’s meaningful for me because I was in the Army.”

Mount Olive Township gave him a medal in recognition for his mural.

While Viner is known throughout the country and Israel, he didn’t start out that way. He was born in Israel, raised in New York City and then at the age of 18 returned to Israel, where he stayed until 2017.

He fell in love with art at an early age and knew one day he would show the world his creativity.

“I was born with talent,” he remarked. “I decided to create my murals in Israel.”

He recalled how people in Israel questioned how he could make a living off being an artist. While he loved the Jewish 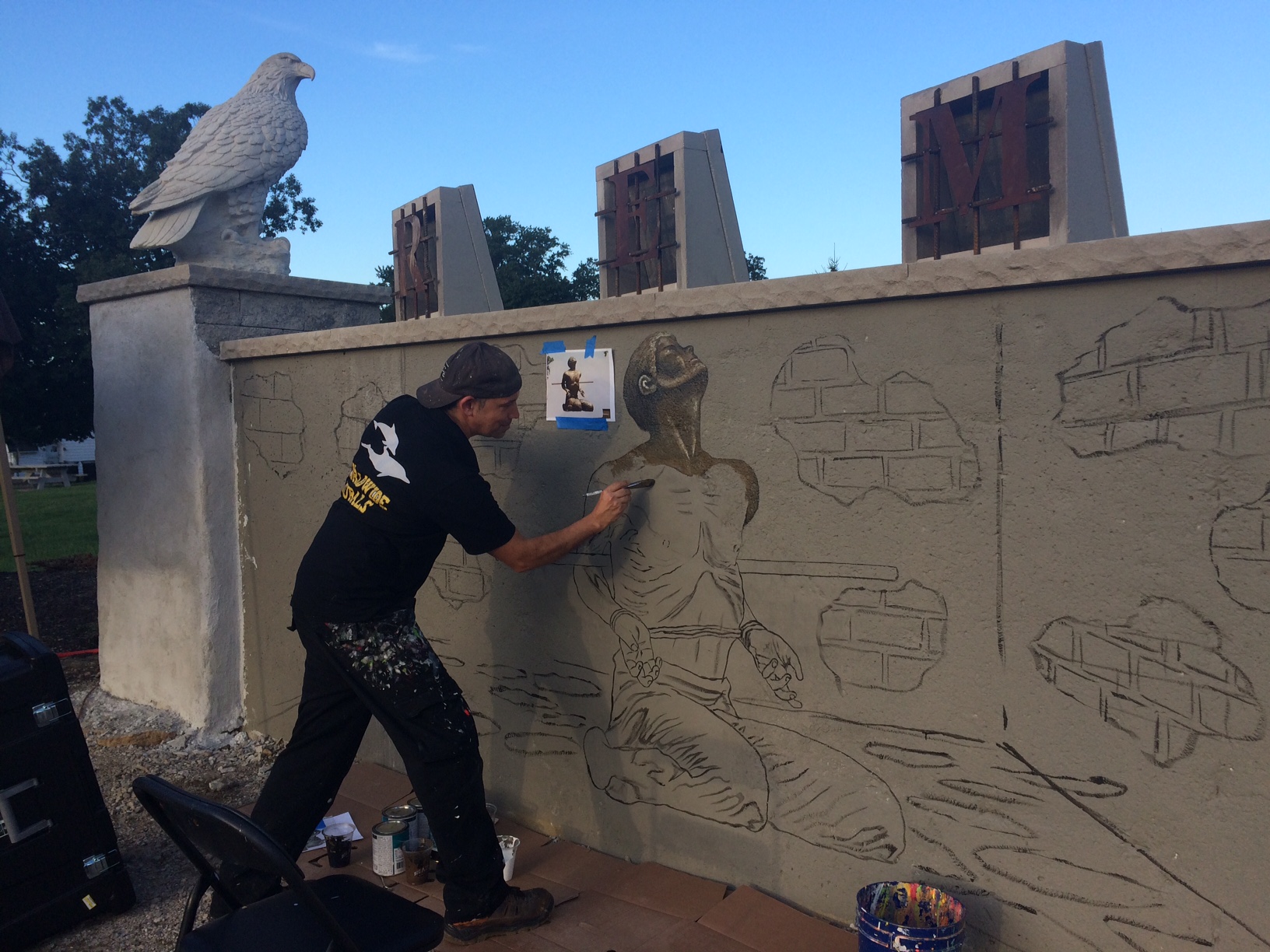 homeland, he was a big fish in a small pond there and wanted to expand.

As his popularity grew in Israel, he knew it was time to move on.

Since returning to America, he founded Worldwide Murals and has created murals all over the U.S. including stores, companies, hotels chains, big corporations and theme parks.

He was even on the show “Extreme Makeover,” where he used murals to transform rooms.

Viner noted that in addition to being able to paint, he gets to see different states and cities, which he has never been to before.

Viner lives in New City, N.Y. with his wife Leah and three kids.