IT HAPPENED IN OUR TOWN: Forged in Fire: The Story of Denville’s Wayside Inn 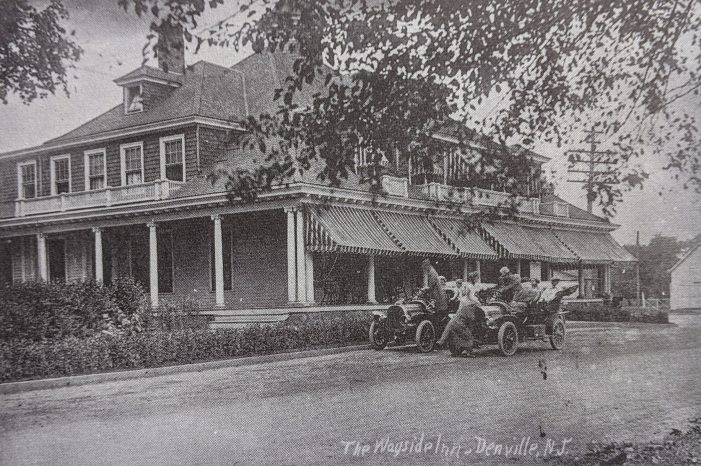 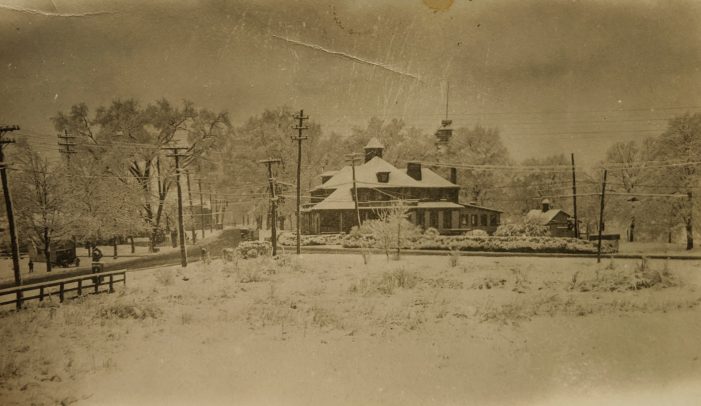 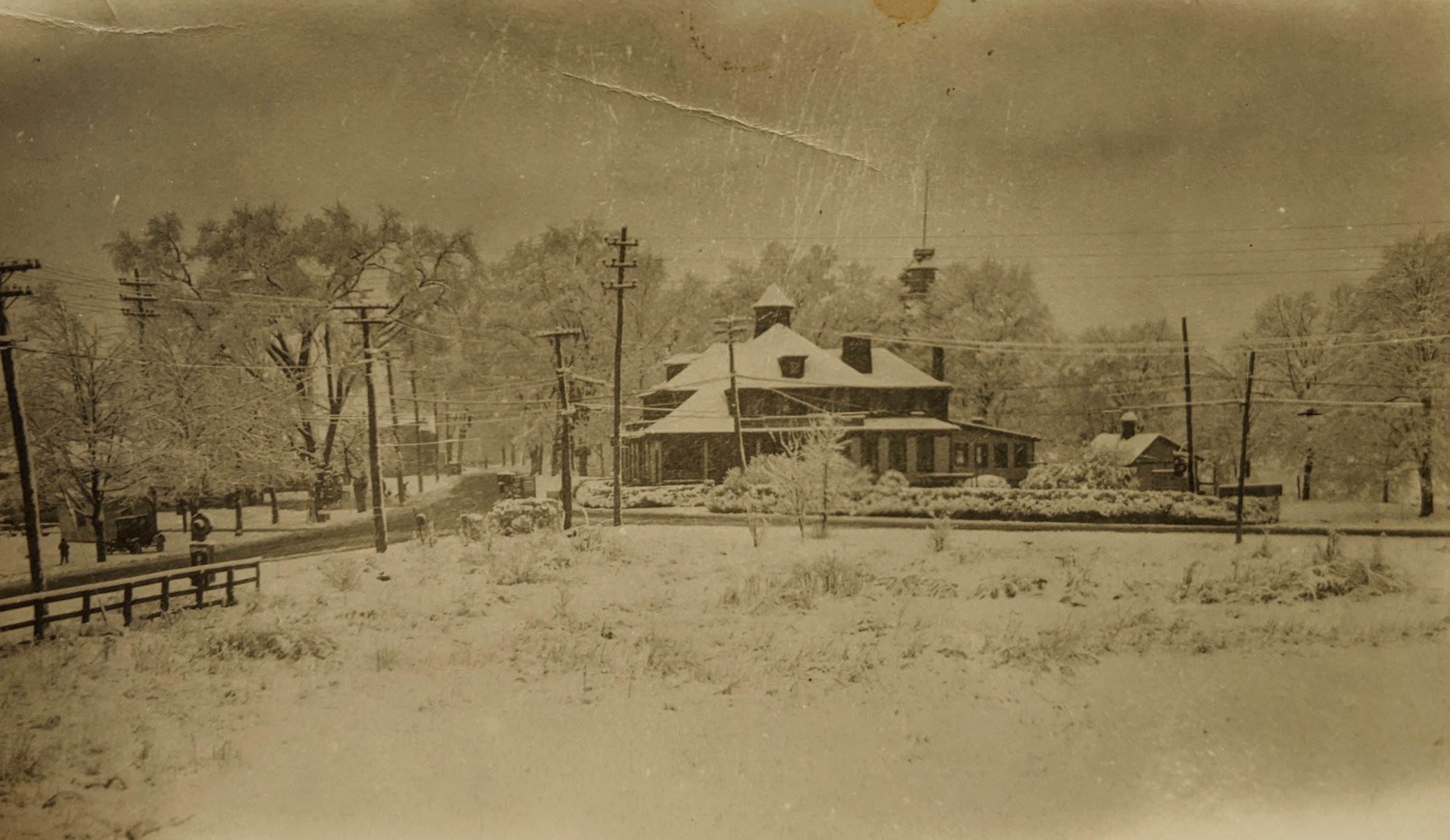 The Denville fire whistle sounded at 6:29 A.M. It was a chilly Monday, January 18, 1953 and Denville’s historic landmark was on fire… again.

Denville’ Wayside Inn, once located on the corner of Main Street and Bloomfield Avenue was a sight to behold. Before there was a Denville Dairy, it was the Wayside Inn and the Denville Hotel before it, that served as an impetus for folks making the trek to the quaint town. The hotel and restaurant’s 75-foot-high windmill and water storage tank made up the town center’s highest vantage point, seen from miles away. It was the sight of the resort-like-hotel that greeted all those entering the town. It was also the sight of it burning that drew those same folks to the scene on that cold Monday morning. A moment, which many still remember as the day that an integral piece of Denville was lost forever.

Denville’ first hotel proper was established around 1811. It was known at the time as the Denville House and stood in the place eventually inhabited by the Wayside Inn on Main Street. Before it, the site is believed to have been occupied by a pre-Revolutionary hostel built in 1769. Evidence points to it already being referred to as the Denville House at the time of the war when it was known for miles as a place for refreshment and rest. Here the weary traveler could find protection from the elements for himself and his horses and partake of hospitality from the men who in those early days were ideal hotel proprietors with a firm handshake for each guest and a cheerful fire in the fireplace. According to newspaper accounts from 1930s, it was believed that when George Washington and his staff passed through Denville on their way to visit Hessian prisoners in Hibernia and Mt. Hope, Washington stopped for lunch at the old Denville House.

After its renovation in 1880s, the hotel benefitted from a building addition and gained more grandeur and luxury. It also gained a new name, The Denville Hotel. It was on the porch of this resort where we now see a picture of President Grover Cleveland relaxing under his top hat in the 1890s [the hotel ledger with his signature is currently on display at the Denville Museum]. Yet just as it was coming into prominence, the building mysteriously caught fire and burned down on October 20, 1902. It was out of its ashes that the folks in Denville rebuild “the most impressive new hotel” for hundreds of miles – the Wayside Inn. It was named after an Inn in Massachusetts made famous by Longfellow in his “Tales of a Wayside Inn.”

The building, exchanging owners and being remodeled numerous times since then, became the town’s center for gatherings of all kinds – dinners, lunches, dances, meetings, and even weddings and townhall conferences. By the 1930’s it could even boast of having its kitchen presided over by Baron Franz von Wurl, former chef to the King of Saxony. The interior of the building had its final redesign following World War II in 1946. It was noted by the press at time to have been “one of the most beautiful eating places in Morris County.” In fact, one would be hard pressed conducting research about the town of Denville from 1902 until the 1950s without coming across some reference to the Wayside Inn. In time the building became synonymous with the town of Denville. Consequently, it was this which made it that much more shocking when the building once again caught fire.

The fire was reported by Michael Novak, a Public Service bus driver who turned in the alarm from the Denville Restaurant. Eight of its employees were in the building at the time the fire broke out. William Wiggins, the head waiter told the Denville Herald that a dishwasher noticed the fire originating from the kitchens. Luckily, nobody was seriously injured. By the time all managed to get out of the building shortly after 7:00 A.M., flames had already burst through the roof of the two and a half story, 100 square foot building. Fire trucks battled the fire as the two inn owners, Fred and Alan Henn, worked with the firemen, removing what little there was not ruined. By the time the building was considered safe enough to enter, the basement was completely filled with water, and much of the structure above completely destroyed.

The Herald reported hundreds of people lined up on Main Street to watch the firemen at work and many more could be seen silhouetted in the early morning light on the bridge where Route 46 overpasses Route 53. Parents allowed kids to stay home from school as they brought them downtown to see a part of Denville’s history go up in flames. People joined the firemen trying to save the town’s most famous business and symbol, yet the flames got the best of them. Nobody knew if the restaurant would be fixed, yet many suspected that it would simply be too expensive to do so, especially with the type of damage it sustained. The newspapers dubbed it the “biggest and costliest fire in Denville’s history.” When it was all done, the Wayside Inn, a historic township landmark – and what was known to have been one of the oldest Morris County taverns – was reduced to nothing but a foundation and the first floor exterior walls.

Today, many without knowing, walk past the bank which now occupies the space where the town’s most famous building once stood. Yet, there are still those among us who will never forget it. Where were you on the day that a piece of Denville died?

Peter Zablocki is a local historian and vice-president of the Denville Historical Society. He is also a co-host of a weekly podcast, “History Teachers Talking.”