It Happened in Our Town: The Story of the Denville Museum 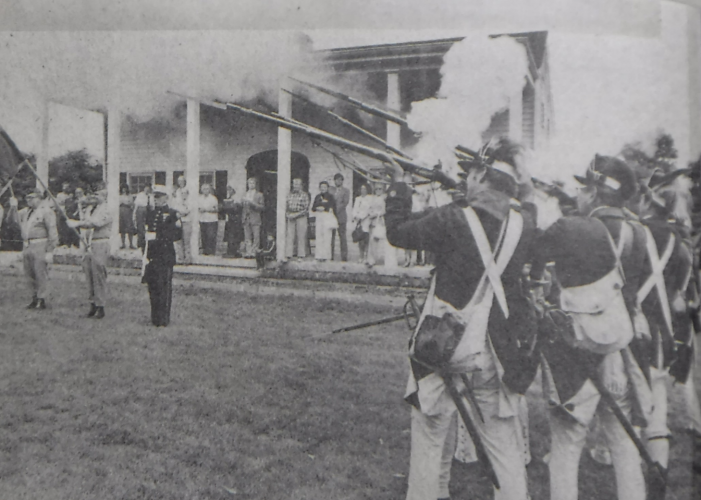 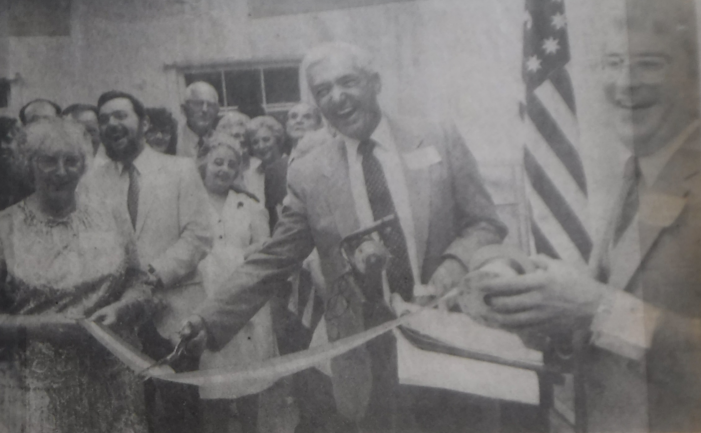 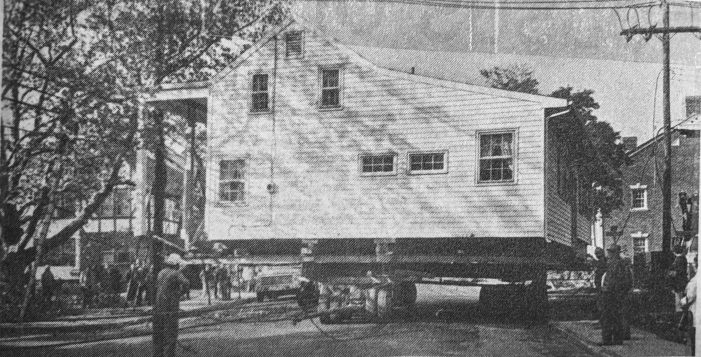 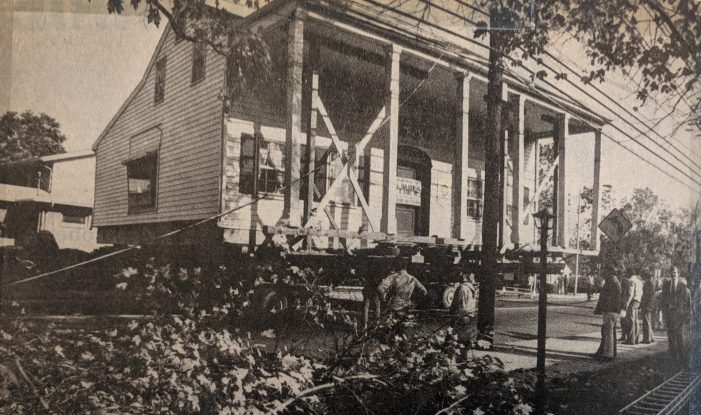 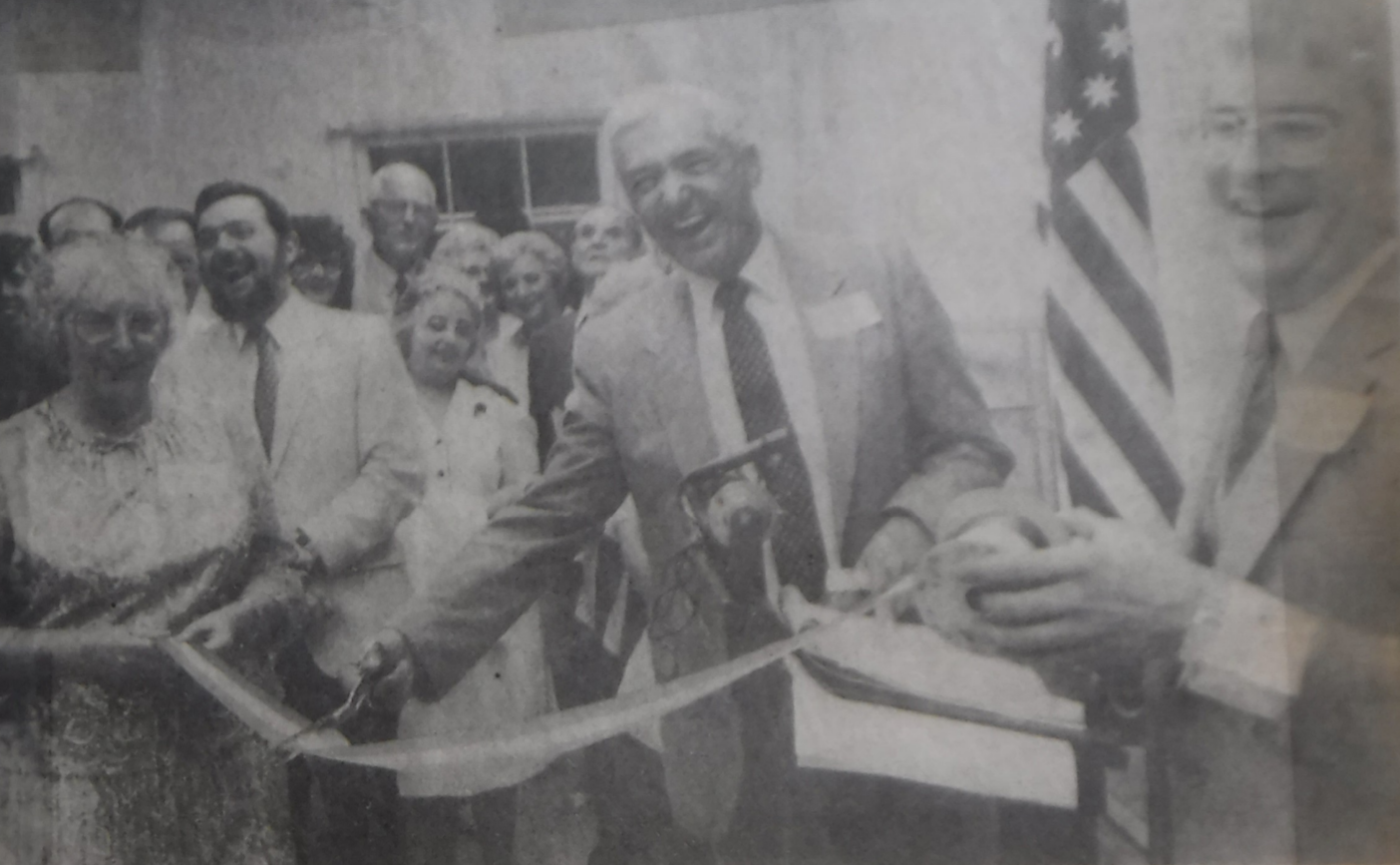 No one wanted it to rain that day, but then again, there was not much anyone could do about it. The men of New Jersey Light Infantry company commandeered by Brigadier General William Maxwell who oversaw all of the state’s infantry regiments during the Revolutionary War, stood patiently in the rain. The colonial soldiers’ encampment could be visible to all those that passed by it on old Diamond Spring Road in the township of Denville. The men, numbering sixteen, raised their rifles to the weeping skies and fired a volley. The date… Saturday, July 3rd, 17… no wait, 1982. The ceremony for the opening of Denville’s newest museum had begun.

Despite the fact that the Denville Historical Society had been around since 1971, the wish of having a proper town museum had eluded the organization for years – that is until 1979. Enter Peggy Gray, a 71-year-old retired dietician and one of the pioneering members the town’s historical society. Having learned that a local branch of the Charter Savings Bank was looking to replace its century old building with a modern brick structure – a 1834 home that once belonged to one of the original Denville families, the Righters – she came up with an ingenious idea. Peggy would take the building off the Bank’s hands; saving them money that would otherwise go towards its demolition and in the same token making them look charitable to the community for having donated it. However, there was a catch. The building would have to be moved from its current location, as the bank would not be donating the property the structure currently stood on.

Peggy, an industrious spirit, successfully petitioned the town officials into letting the historical society use the 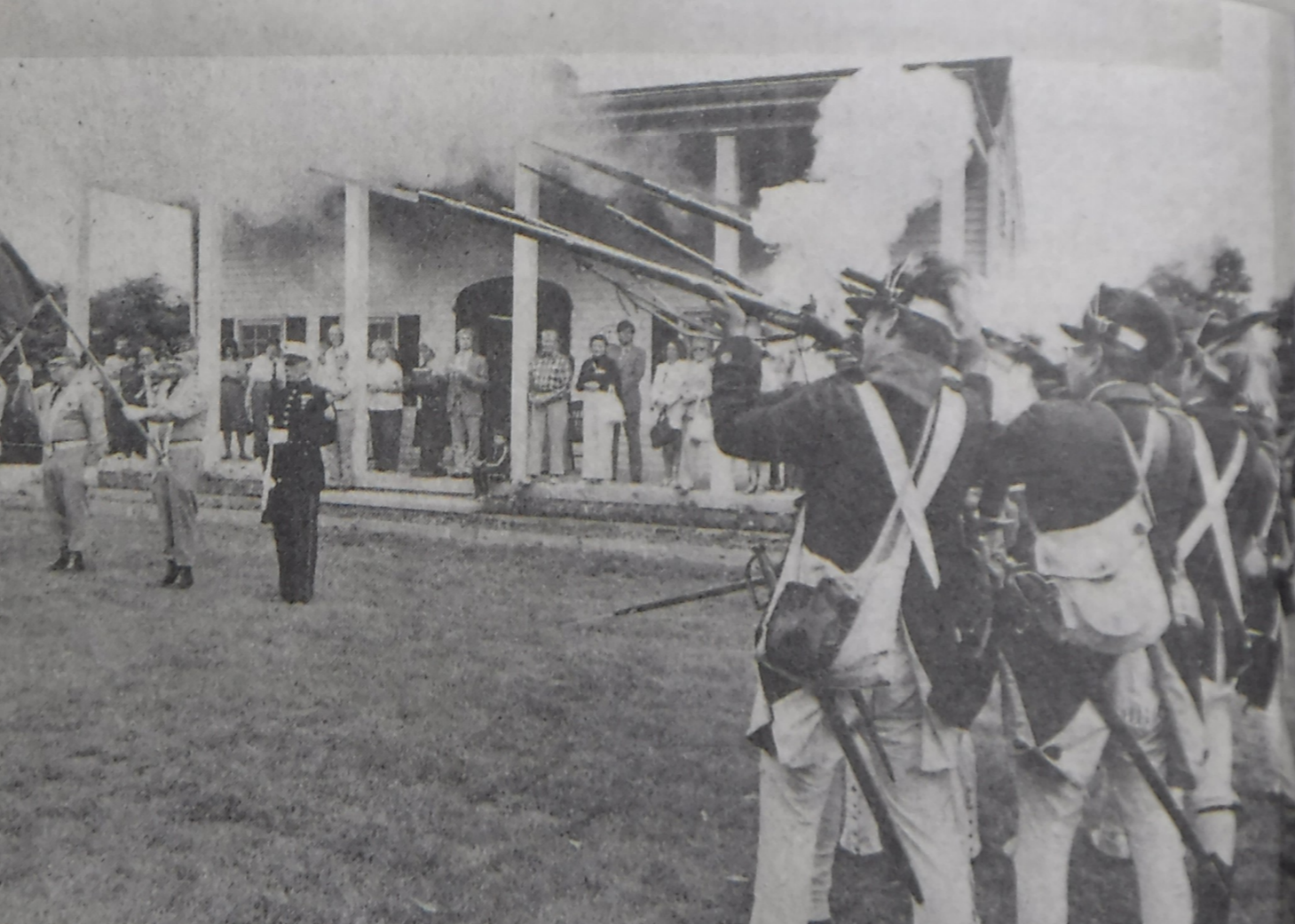 “donated” building to open a proper Denville Museum. She then convinced the town council members into donating town property on Diamond Spring Road and across the street from the St. Francis Residential Community for the location of her newest endeavor. With the help of countless people, including the Historical Society’s board of trustees and its President Robert Musko, as well as the town Mayor Jack O’Keefe, and Walter Luger, a country freeholder and former Mayor of Denville, the deal was made for the structure to be donated to the township and then rented out to the Historical Society for a $1 a year.

Traffic on Diamond Spring Road came to a halt on October 16, 1980, as the 150-year-old structure was being moved by truck a quarter mile down the street to its current location – at the time of purchase, the museum building was located closer to town, where today’s Chase Bank stands. And since a two-story building being moved down the street can be considered a once-in-a-lifetime experience for many, the Citizen reported that hundreds of persons lined the streets as amateur and professional photographers took advantage of the unusual shots. In the end it took a five-man crew operating massive machinery approximately three hours from the time the house was lifted off its former location until it was settled at its new resting place.

In the end, the creation of the museum truly was a whole town affair. Apart from thousands of dollars in donations for the project, a local contractor excavated the new site for a proper foundation, local electricians, plumbers, and carpenters fixed up the building, and the township water superintendent oversaw the connection of water and sewer – all at no cost. As for the new foundation on which the building was settled; it was constructed through labor donated by students from the Vo-Tech School, with the school also donating all the needed materials. The payment? A smile, a thank you, and a one-year membership in the historical society. 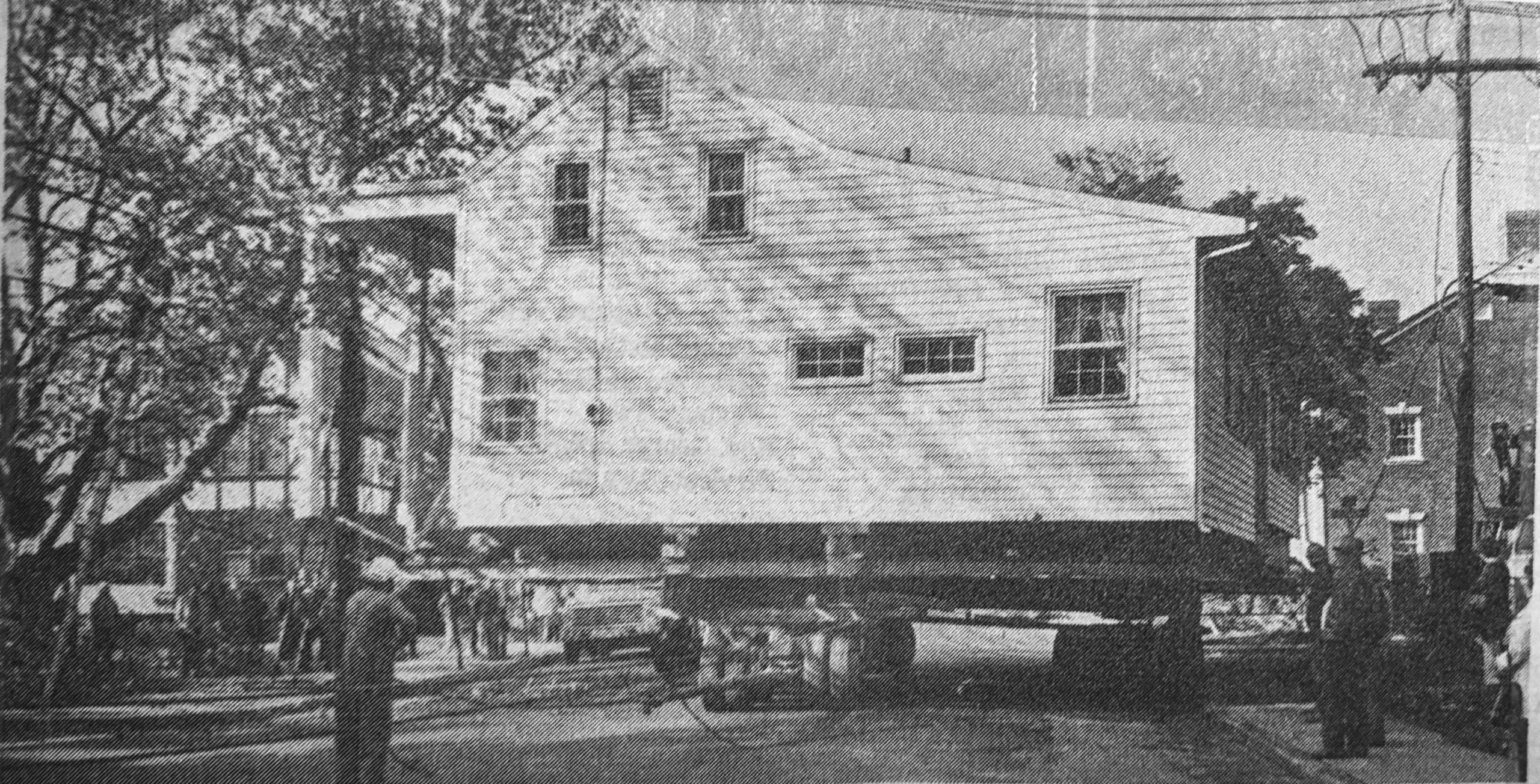 After years of planning and with the aid of nearly $25,000 – roughly $85,000 in 2021 money – raised entirely through community efforts, the museum was finally ready to open its doors on Saturday, July 3rd, 1982. Proceeded the night before by an invitation-only reception and dedication, the weekend was jampacked with events. Processions of local Color Guards led by Maxwell’s Light Brigade Revolutionary War reenactors were followed by the official opening ceremonies, ribbon cutting by O’Keefe, and of course a speech by Peggy Gray. Together with Reverend James D’Angelo, pastor of the nearby Union Hill Presbyterian Church, part-time archaeologist and energetic new member of the historical society, Peggy insisted that the new museum would be a “living one, not just a collection of [irrelevant] artifacts in dusty cases.” After the singing of the national anthem and the hoisting of the American Flag, the doors finally opened to the public at 1:00 p.m.

The first exhibits consisted of Indian artifacts, early American tools from the Ebling Collection, reproductions of early American modes of transportation crafted to scale, and a presentation on the forge and mill sites once located on the Den Brook. The patrons were also invited to come back for a display of 18th and 19th century chairs and antique cameras which was planned for the near future. Perhaps most important, was the museum’s call for anyone willing to donate any artifacts or old photographs pertaining to the town’s history – the basis on which the museum now thrives. One of the first donations? Old donkey shoes which were used by the donkeys pulling the boats on the Morris Canal!

Today, the Denville Museum is home to thousands of pictures, old deeds, documents, maps, letters, diaries, etc. All pertaining to one thing – the history of Denville. It also features many artifacts and exhibits, such as the history of Denville schools, as well as that of the Morris Canal, and the most recent exhibit showcasing the town’s experience in World War II. And that is just the tip of the iceberg. Open each Saturday from 10:00 a.m. until 2:00 p.m. – and closing only for winter – the museum is located next to the Denville Public Library and is free of charge to enjoy! We hope you look forward to reading about Denville’s history in our monthly column here at the Denville Life Magazine, as much as we enjoy sharing it with you; and we hope to see you at the museum soon! For newest news and information please visit our website at www.denvillemuseum.org.

Peter Zablocki is a local historian, author, and vice-president of the Denville Historical Society. He is also a co-host of a weekly podcast, “History Teachers Talking.”