It Happened in Our Town: The Town that Almost Wasn’t 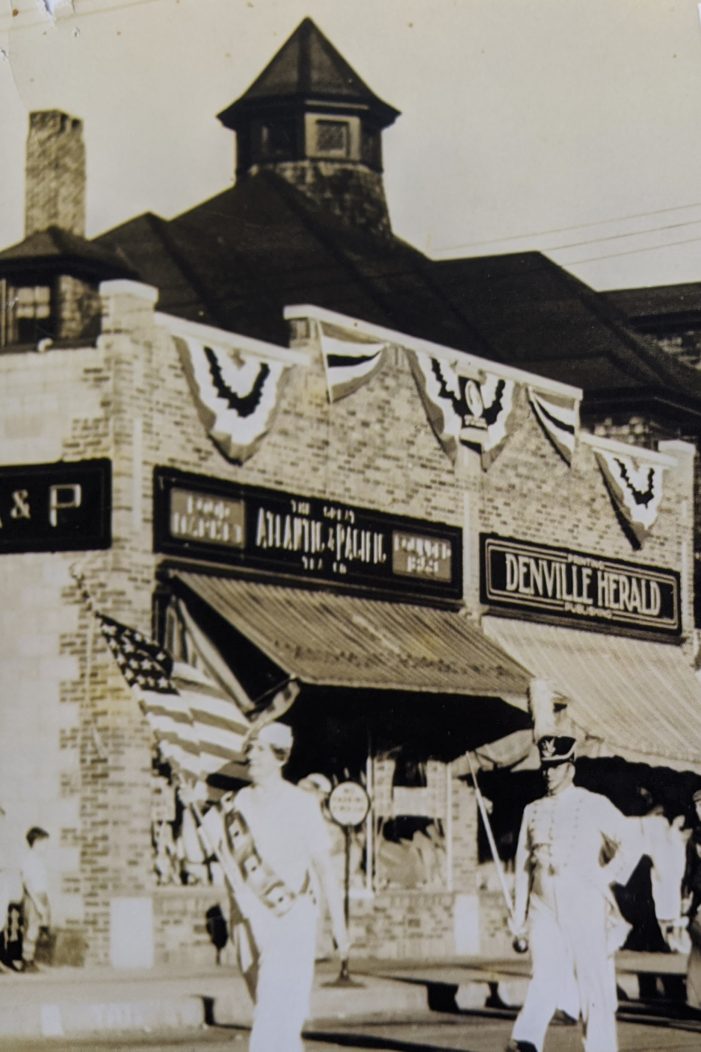 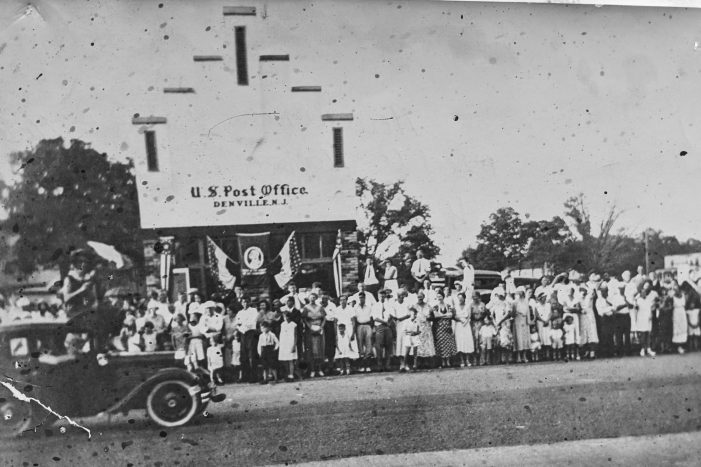 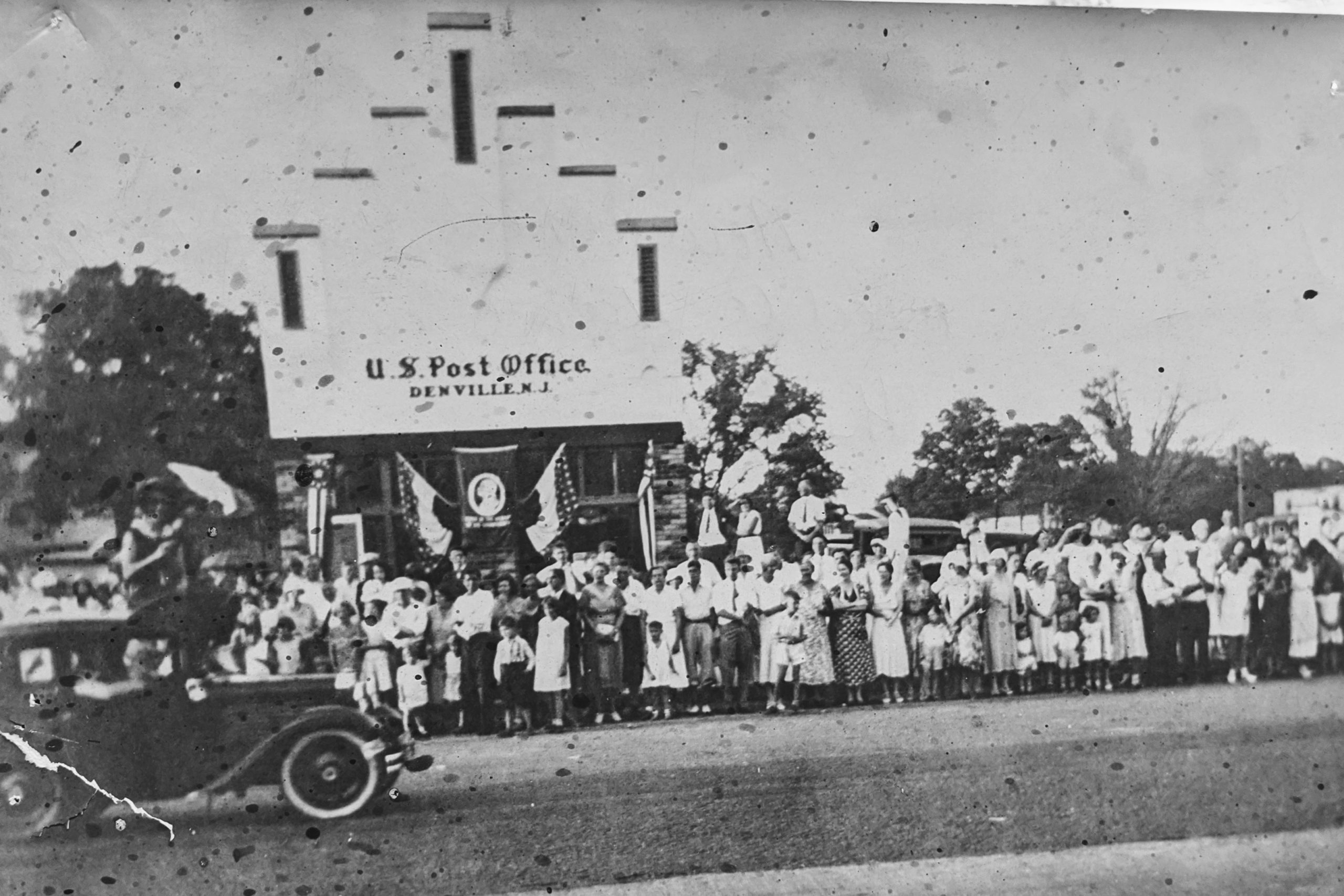 Don’t you just love going to Lakeland Dairy on Broadway during the hot summer days to get some ice cream? Or Edenville’s Hardware on 1st Ave when you need that last-minute box of nails because once again you misjudged how many you had left before you started fixing those flower boxes. And let us not forget Denbrook Pizza on Diamond Spring Road, or rather River Road, as it was called back in 1931?

Normally when one turns 18, it is a sign of maturity and embarkment on a journey to adulthood; in Denville’s case it was a year it nearly ceased to exist. At least, in its name. As reported by Denville Herald, on August 6, 1931, the post-office department at Washington was anticipating the change of the name of Denville, N.J. to some other name not so easily confused with similar names elsewhere. The news from D.C. was that Denville mail found its way to Downsville, N.Y., and the several Danvilles in Pennsylvania, Virginia, Kentucky, and Illinois. The National Postal Service had decided that since Denville N.J. was the newest addition to the group, and presumably also quite small in relation to the others, a change of name would not affect it as much as it would its older and larger cousins.

The Denville Herald formalized the discussion that was abuzz in the town, by creating an editorial section designed to hear out the citizens’ suggestions on the issue. And thus, as the Denville Municipal Offices worked behind the scenes to reject the Federal proposal, the views of people of the quaint town began to appear in the paper in the weeks that followed.

There was uproar, anger, but also if the change was indeed unavoidable, a mature discussion. On the suggestion of the newspaper, the new name needed to be short, easy to distinguish and pronounce, and one that would attract people either by its descriptive quality or its sweetness.

Some suggested “Edenville” which was quickly dismissed as a cheap play on “Denville.” Another suggestion, “Lakeland” was seen as too similar to “Lakewood.” For a while, the suggestion to simply become “Lake Arrowhead” was discussed, but it was quickly squashed by the residents of the other lake communities.  One citizen went even as far as calling “Denville” a “hick” name and suggested “Meadowbrook.” Others were a little more creative, with one suggesting the name “Uncas,” the name of the Indian tribe that formerly occupied these lands. “Denbrook” was not deemed as being very expressive. And the suggestion by one zealous scribe from a neighboring Dover paper suggesting that the name of “Denville” be changed to “East Dover,” was quickly contested with lots of angry editorials.

In the end, the most favorable suggestion was for “Denville” to be called… “Denville.” While arguments were given both for and against the change, those against it seemed to be in the majority. Some of the citizen responses can only be described as angry while others attempted to come up with logical justifications for keeping the name intact. One reader called out Rockaway as a town that should have to change its name next as there are plenty of Rockaways in the nation. Another, self-proclaimed long and loud protester, expressed that mail goes to different towns all the time. Adding that unlike towns such as the Oranges or even Rockaway, Denville, N.J. was the only town by that name on the map. He was not wrong, as could be proven by looking through Postal Guides and Railway Official guides from the time.

One real estate dealer whose business was located in the center of town pointed out the stark reality that if the name was changed it would wipe out in a single moment, years of advertising and the town’s healthy growing commerce; be it from the various lakes or the numerous town center businesses. After all, the name of Denville was already widely and favorably known. This was further addressed by yet another citizen who pointed out that the town had more signs on main highways than Dover, Morristown and lots of other bigger places.

By August 13, 1931, barely a week after the news that shook the small town appeared in the paper, Mr. Vanderhoof, the Denville Postmaster, exclaimed that he had not officially heard anything about the proposed change of the town’s name. He was able to confirm that the postal service did receive a bulletin from Washington that was issued to all mail clerks in the nation, advising them to use care in routing mail to Denville N.J. And just like that, the town that almost wasn’t, could grow old and learn from the mistakes of its youth. That maybe a rumor that seems too farfetched to be real, is just that, a rumor.

Come visit us at the Denville Museum located on Diamond Spring Road, next to the Denville Public Library to learn more of our town’s fun history. Until then enjoy some ice cream, or some pizza; or get that extra box of nails you need for your next project. And feel safe that when you walk into those places in town, you will find a familiar name looking down at you from their awnings. One that is perhaps, short, easy to distinguish and pronounce, and one that attracts people by its descriptive quality and/or its sweetness…Denville.