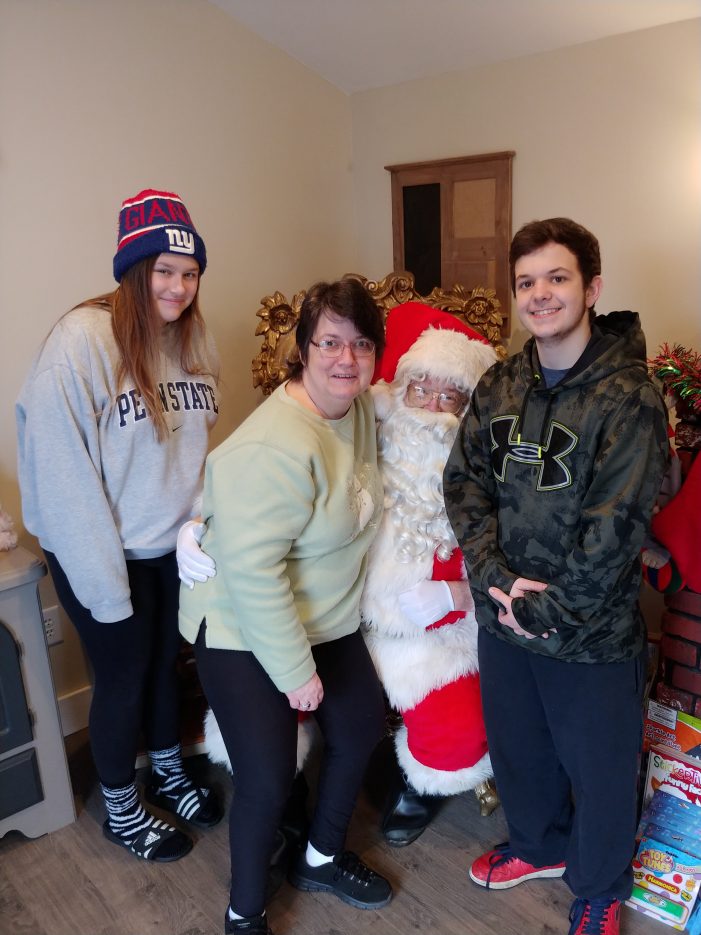 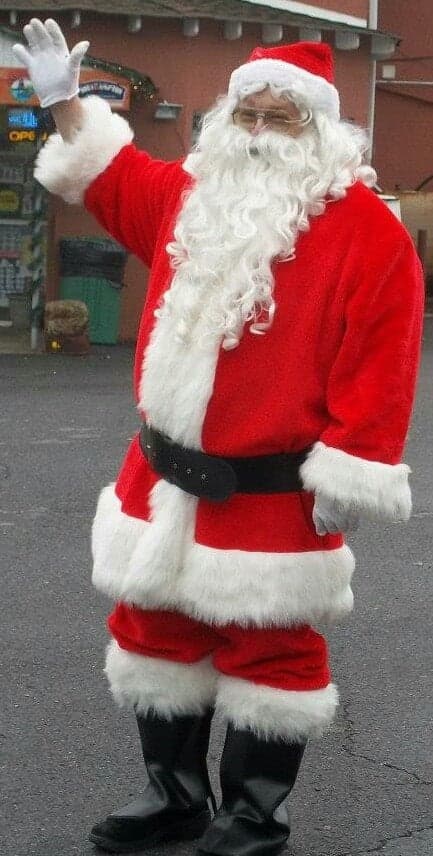 The Santa House, which is located in Turkey Brook Park, has quite a history. It originated as a Jaycees event, then 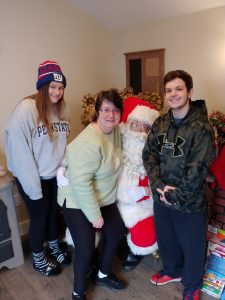 was inherited by Kiwanis Club of Mount Olive Township, which was founded in 1995. Richard Moore, Jr. has served as President of both. “Before 1995, I was the last President of the Jaycees in town. During that period, I brought forward with me to Kiwanis the Easter Egg Hunt which started at Chester M. Stephens Elementary School and the Santa House, which was created by the previous owner of George’s Liquor, George Pollyak. George Jr. was part of the Jaycees, and that group decided that it would be a good idea to use the building at George’s Liquor, the shed, for a Santa House. It served its good purpose for about 25 years.”

There was a concern, though: safety. The shack was just 15’ away from busy Route 46. “We never had a problem,” says Moore, “although it’s a dangerous situation.” After Christmas 2016, an invitation was made to use a new shed. “Dorsey & Semrau Law Firm, Hunkele Entities and McGarry Electric donated the cost for a concrete slab, a new shed, and then the deck and the lighting were all done by the town. The shed was really built with us in mind coming off of 46 to go to Turkey Brook.”

“It was in our best interest to take advantage of the opportunity.”

Moore also credits the Mount Olive High School Key Club, whose members help out at the Santa House, checking to make sure that everything is proper and set up. And in addition to the youngsters benefitting from the Santa House, so does Kiwanis, so they can give back to others. Recipients are local schools, Mount Olive Child Care & Learning Center, fire departments, the Mount Olive Food Pantry (at Christ Episcopal Church), and much more. For every child who enters the Santa House front door, they are the recipient (at the very least) of a new toy and candy cane. Photos with Santa Clause are $10.00, and if folks take their own pictures, a donation is kindly requested.

“The purpose of Kiwanis is two-fold,” says Moore. “One is to build leaders for community service. On top of that, we also make an effort to donate to the general population as well as children in need.”

In addition to seeking donations (cash and new toys) for the Santa House and beyond, Kiwanis is building their membership. Those interested can contact Moore at 201-841-7783 or rjmoorejr@optonline.net. Visit www.mtolivekiwanis.org.

Matt Jones this month enters his 18th year as Pastor of Mountaintop Church (6 Naughright Road, www.mtopag.org) in Mount Olive. He is in charge of the township tree lighting for the eighth consecutive year, and this year for the first time it transfers from Town Hall to Turkey Brook Park –with a brand new, 20’ tree purchased and planted by the township. The new tree is located near the Santa House.

This year’s coinciding events and lighting will take place on Saturday, December 14 starting at 4:00 p.m.

“We started about eight years ago. We started with the Christmas carols, the Christmas story, lighting the Christmas tree, and now St. Jude’s (Catholic Church) comes in and does a Christmas Pageant, and we have some great music and the candle lighting ceremony, and we light the tree. We’ve had a great time with it, we really have.” 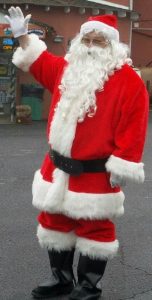 Being the church that sets the tree alight means much to Jones. “I’m beyond honored to plan this each year, to work with other churches, to work with our community people, and with some businesses who have donated in the past, to really make this work. Lisa Brett (Mayors Assistant Special Projects Coordinator) is an amazing person to work with out of the Mayor’s office, and what I love about our Mayor (Rob Greenbaum) is that he realizes that religion is a major part of community. So he’s tried to reopen up as much as they can without violating church and state, that there can be expression within Mount Olive, and as a  pastor, I’m grateful that I can share the hope that Christ brings at Christmas, and that we can encourage people.”

The event for Jones and all involved has become more challenging with so many events in town occurring. “That’s one of the reasons we’re moving to Turkey Brook. There’s a number of winter events in Turkey Brook on December 14th and then when those events are over, we’ll be doing the Christmas tree lighting, so we’re trying to consolidate things for people, and make sure people don’t have scheduling conflicts. So sometimes we have to coordinate, and re-coordinate,” he says with a laugh, “but it works out every year.”