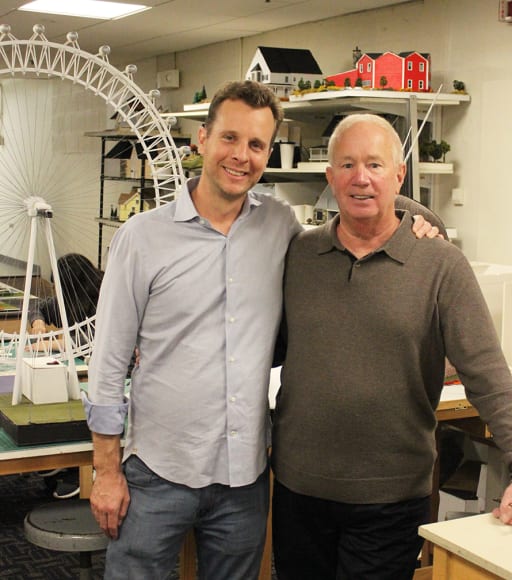 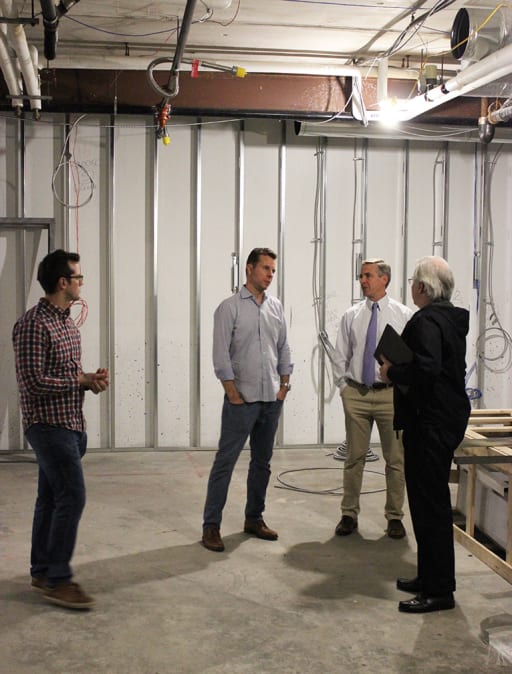 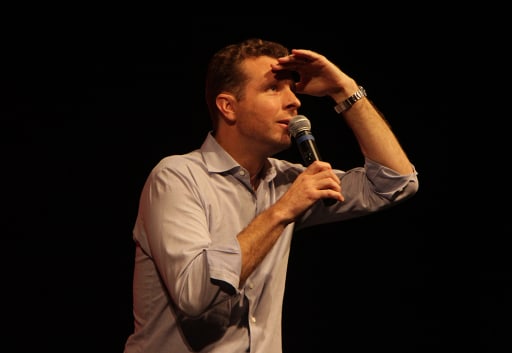 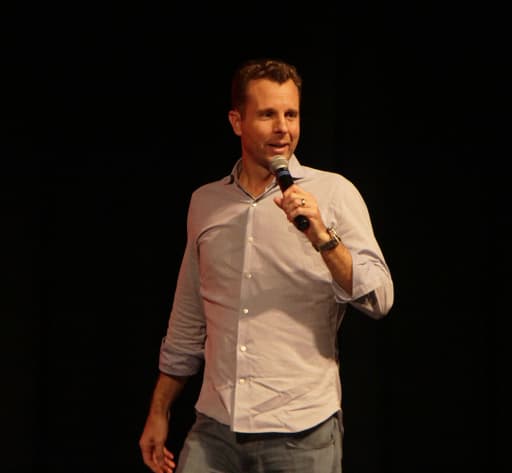 All pics courtesy of MBS

Jamie Siminoff, a successful inventor and entrepreneur, recently returned to his alma mater, Morristown-Beard School, to speak with students about the challenges he has faced, as well as remind them about the power of perseverance.

The 1995 graduate is now the chief executive officer and founder of Ring doorbell systems, a company that is considered to be an industry leader in the home security market.

During his May 10 visit, Siminoff also toured the private school’s campus, stopping in to see many of his former teachers, which left him feeling a little nostalgic.

“It’s exciting to be back,” the 41-year-old Chester native said. “This place has done a lot of special things for a lot of kids.”

“The best part of my visit today was that although the school has changed and evolved, the feeling on campus felt the same,” he said.

Siminoff credits his education from the school as being something that ultimately inspired him to invent Ring, a Wi-Fi enabled video doorbell company, in the garage of his California home back in 2013. The company manufactures a wide range of home security products, which use outdoor motion-based cameras and doorbells that allow users to monitor and remotely operate their front, back and garage doors.

From an early age, Siminoff had a desire to build things. His father co-owned a plant that forged steel pipes for oil refineries, and he would often use his father’s tools to take apart television sets and build small inventions in his basement after school.

During his visit, he swung by to see Rich Timek, his former architecture teacher, and someone who helped fuel his passion for “building stuff,” Siminoff said.

Siminoff recalled his experiences in architecture class, saying that Timek “was a really special teacher.”

“For our final architecture project, we had to build a model of a house, and that was probably one of my favorite things I’ve ever done. To this day, I am so proud of that project – it was so meaningful. I actually saw photos of it today when I visited Mr. Timek’s room,” Siminoff said.

After graduating from Morristown Beard School, he later studied entrepreneurship at Babson College in Wellesley, Mass.

Though he ultimately found success, the path wasn’t without setbacks.

After he graduated, he founded PhoneTag, the world’s first voicemail-to-text company, and Unsubscribe.com, a service that helped email users clean commercial emails from their inboxes.

Though the products were “mildly successful,” he decided to shift his focus back to inventing. One afternoon, he was working in his garage on his next invention when he realized he couldn’t hear the doorbell because his cell phone didn’t have signal, so he’d wind up missing packages or people stopping by to see him.

In 2013, he made an appearance on CNBC’s “Shark Tank” to pitch his business idea to the panel, but ultimately walked away from the show without any bites from the panel.

Shortly after his television appearance, billionaire Virgin founder Richard Branson teamed up with Siminoff and worked with him to develop the product further.

In February 2018, Ring was acquired by Amazon for more than $1 billion – the second largest Amazon acquisition after Whole Foods.

During a question-and-answer session with students, he fielded questions ranging from how he started his company

to his favorite memories of Morristown Beard School to how he coped with his rejection on “Shark Tank.”

He told students:  “Being on ‘Shark Tank’ was like being in the Olympics, so to walk away without a deal was devastating. Now we’re the biggest company to ever appear on ‘Shark Tank,’ so that makes it a little bit easier.”

“Money is a very bad form of motivation; it’s very short-term. The most successful people I’ve met are people who are following their passion while trying to do something better for the world,” said Siminoff.