Jenissa Arnette voice of respect and equality in Livingston 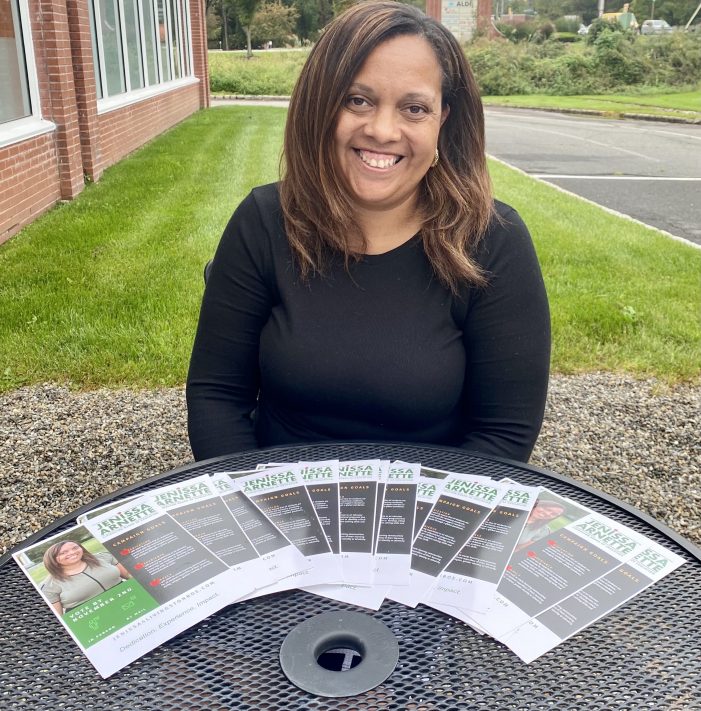 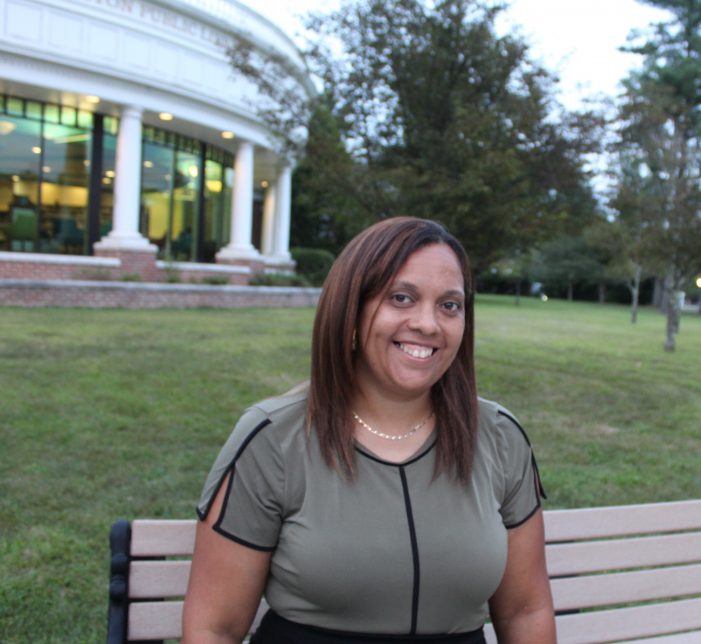 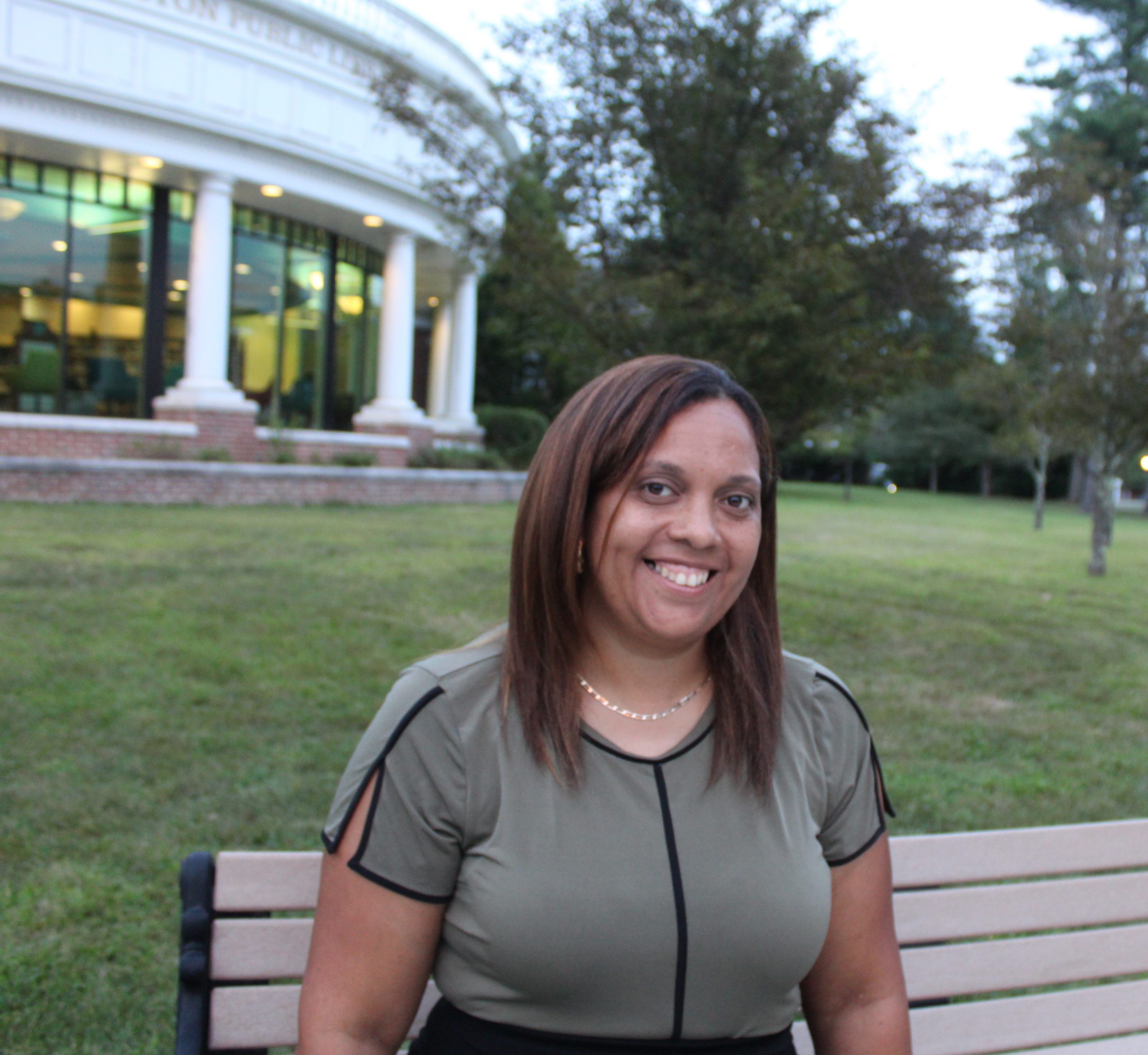 It’s a groundbreaking year for Jenissa Arnette, not speaking as a representative of the Livingston Board of Education, but as a community member who is experiencing several firsts.

“You would think this wouldn’t be the case right now but it is,” Arnette says, of being the first Black person elected to the LBOE and also the first Latinx person to hold an elected position in town. “In order for things to happen, we have to break barriers.”

And she is… George Floyd was the catalyst.

“It got to a point where I’m like, everyone has to do their part,” says Arnette. “Jump in and be part of making that change.”

She’s taught in a lot of districts — both suburban and urban and is currently in Montclair, which is diverse.

“I’ve done it all and feel like I have a perspective a lot of people don’t have,” Arnette says a valuable perspective and she needs to use her voice. “I started my career working at a preschool and I’m an adjunct professor at New Jersey Institute of Technology.”

She first spoke to the board in 2018 and told them she’d be in the district for a while and would appreciate it if Livingston could work on some things. She didn’t see any progress or movement, or says maybe there was movement but it wasn’t quick enough.

Not only is Arnette passionate about providing an inclusive environment for all students, but the math educator knows Livingston School District’s weakness is math. They’ve been working on their curriculum and rolling out a new third grade curriculum.

“Every year they bring it down to the lower grades to catch everyone back up to speed,” she says it wasn’t as far as inclusiveness, it was also in terms of math and mental health. “All these things matter to me as an educator.”

According to the math teacher, kids go to school every day and you hear some have committed suicide because they didn’t feel included. And not black students, LGBTQIA students and it’s a real issue.

“I decided to do this to make sure inclusive decisions and diversity of thought was put into perspective,” says Arnette, whose school is a pilot school for restorative justice. “I think it’s a great program and extremely important.”

Livingston does not implement restorative justice (empowering students to resolve conflicts on their own and in small groups) practices, at least not a formal curriculum but she would like them to because one of the issues when kids get to high school is they don’t interact. Restorative justice in schools starting at a young age can build and strengthen those relationships.

She says even if they’re not the best of friends, you don’t want to see them hurt people they know and have a connection with.

When it comes to anti-racism and building relationships, Arnette says the district needs to make sure they’re working on these issues because many children feel isolated.

“And education isn’t the only thing kids need, they need to feel like they’re coming to a safe and welcoming environment. It’s not all academics,” she says there’s a lot of emotional stuff that plays into this. “The emotional wellbeing of children is a big concern of mine.”

It happens everywhere, but what we can do here in the Livingston community is the important part.

The new COVID normal is a continuing daily reality and couple that with the stress of high school and middle school; it’s tough for both kids and adults.

“You have to make a well-rounded child and a child cannot learn at their best if they’re not emotionally well,” says Arnette, in order to make sure children are emotionally well through the pandemic, a lot of support needs to happen in the school district.

A single, divorced mom with three children, her daughters graduated Livingston High School Class of 2019 and 2020 and her son is in fifth grade, the math educator says she is happy with the school system.

“I feel like I’ve chosen a good district for them and they’ve gotten a great education,” Arnette says. “But there’s always room for improvement (and) that’s my purpose.”

Livingston kids have a built in advocate.

She has a strong voice as an educator, speaks for teachers, for what’s happening in the schools, she taught remotely and hybrid, and knows what that’s like, as well as understanding the structure of the school, inner workings, policies.

“I can’t sit back and just watch anymore,” Arnette says.