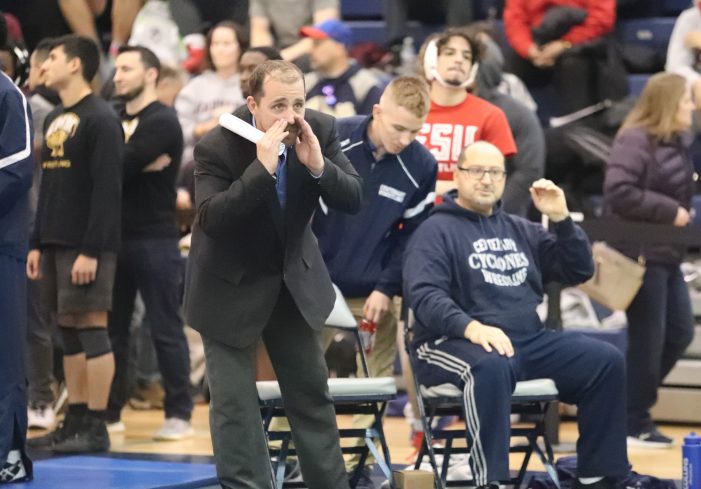 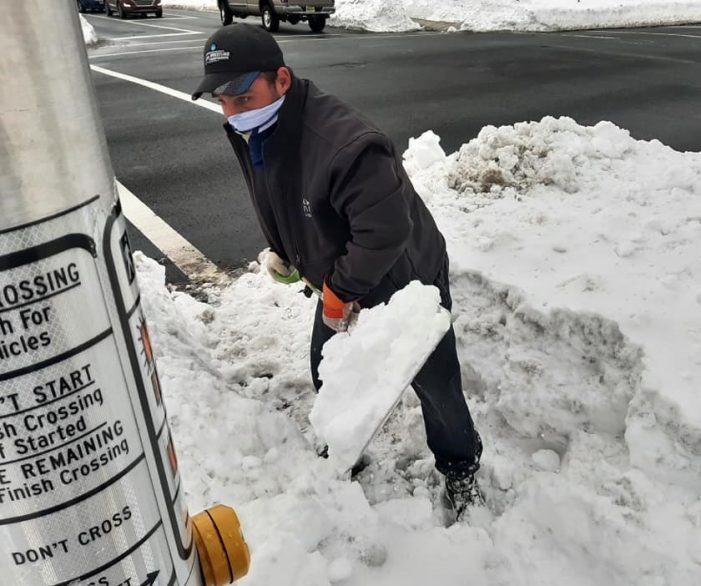 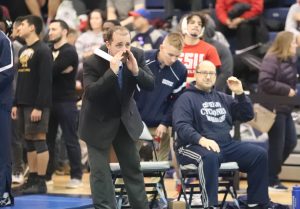 The award is part of the College Impact Awards program (formerly Athlete CRUSH College Impact Awards), which recognizes SPRINTERS (student-athletes, coaches, administrators, sports business professors, and students) from across the U.S. and Canada who have displayed acts of selflessness worth sharing.

In order to be considered for the esteemed honor, Garriques, a former Junior College (JUCO) All-American, said first someone has to nominate you. While Garriques is not exactly sure who the person was, he said he has an idea that it may be one of his former Cyclone grapplers.

“It feels awesome,” Garriques said of the award. “It proves you’re successful when you’re recognized by one of your own alums.”

Garriques was set on instituting positive change, on the mat and in the community, for Centenary’s wrestling program when he first became the program’s coach over 12 years ago.

“It started in 2010, when I took over the program, our wrestlers had a bad reputation for being sort of disruptive,” the Phillipsburg resident said. “I instituted a motto: be respectful, be humble, be grateful, give back to communities, and be relentless in what you want in life.” 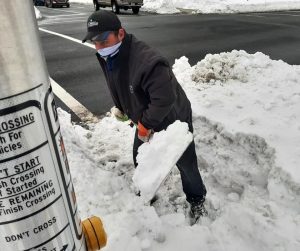 pots for the Hackettstown BID, and shoveling snow for the elderly, all of which you will find Garriques working alongside his student-athletes.

Garriques said he hopes to adopt a highway in the near future for the wrestling squad’s next benevolent act. But he noted that every team member is included in the unforced, democratic process.

“Nothing is mandatory,” he said. “Everything we do is voted on, and I’m right there doing it with them. I believe in leading by example. Helping people is contagious with my team.”

Since taking over the head coaching reins, not only has Centenary been active in the community, it has excelled on the mat.

Garriques and his troops captured the 2011-2012 Metropolitan Conference Championship, their second consecutive title, and sent four members of his squad to the NCAA Division III Wrestling Championships.

Additionally, the Cyclones shined in the 2010-11 campaign, as Garriques led the Cyclones to their highest-ever national ranking, No. 8 in the country, won the Metropolitan Conference Tournament for the first time in team history, sent a program-record five wrestlers to the NCAA Division III Wrestling Championships, and saw three achieve All-American status, also a program-first. Plus, Centenary placed 10th overall at the NCAA National Tournament, which was the best finish in school history.

Wrestling accomplishments aside, Garriques said the Catalyst Award is something he has earned with the help of everyone connected to the Cyclones’ wrestling program.

“I share this award with everyone involved with the wrestling team,” the former Seton Hall and Hofstra wrestler said. “We’re a family.”