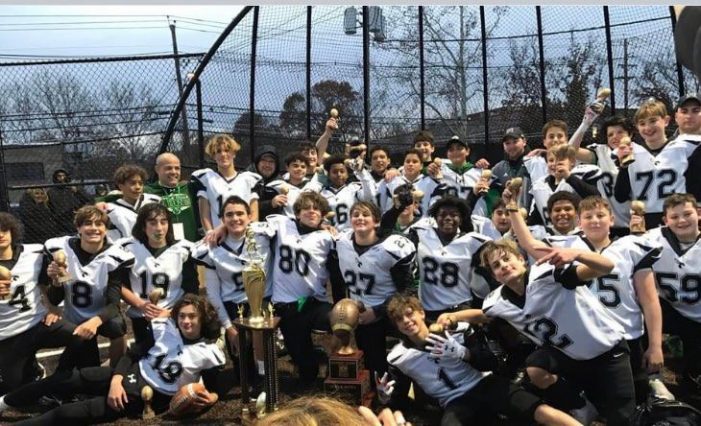 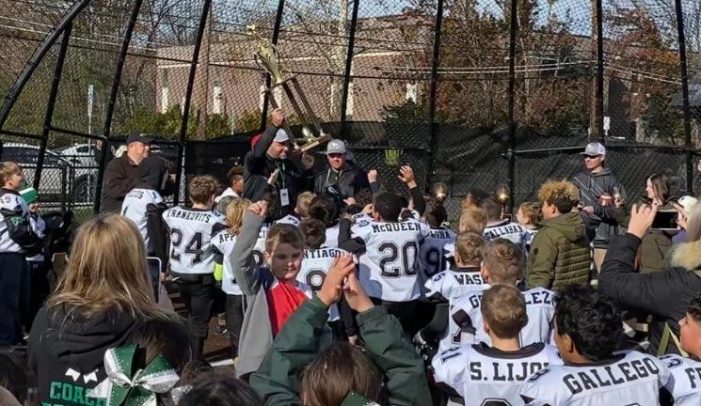 The three division levels of 3/4, 5/6 and 7/8 played in their championship games at the Little Falls Sports and Recreation Complex on Nov. 20.  According to Mike Pocius, LF Football Commissioner, both winning teams faced first seeded teams on their division level. The Pee Wee Division (3/4) faced Kinnelon, and Senior Division (7/8) faced Franklin Lakes.

“Both teams avenged their loss in this Super Bowl,” said Pocius. “I’m extremely proud that they were able to overcome adversity and bring back two championships to Little Falls. It was a great night!”

Pocius added he was informed that the last time two championships were brought to the Township was 17 years ago. He said he felt both teams definitely had a chance because they were set on their goal and pursued their quest never doubting themselves.

“They worked very hard for this,” Pocius further added. “They practiced sometimes six days a week. It definitely paid off and we’re so proud them.”

Photos courtesy of The Township of Little Falls