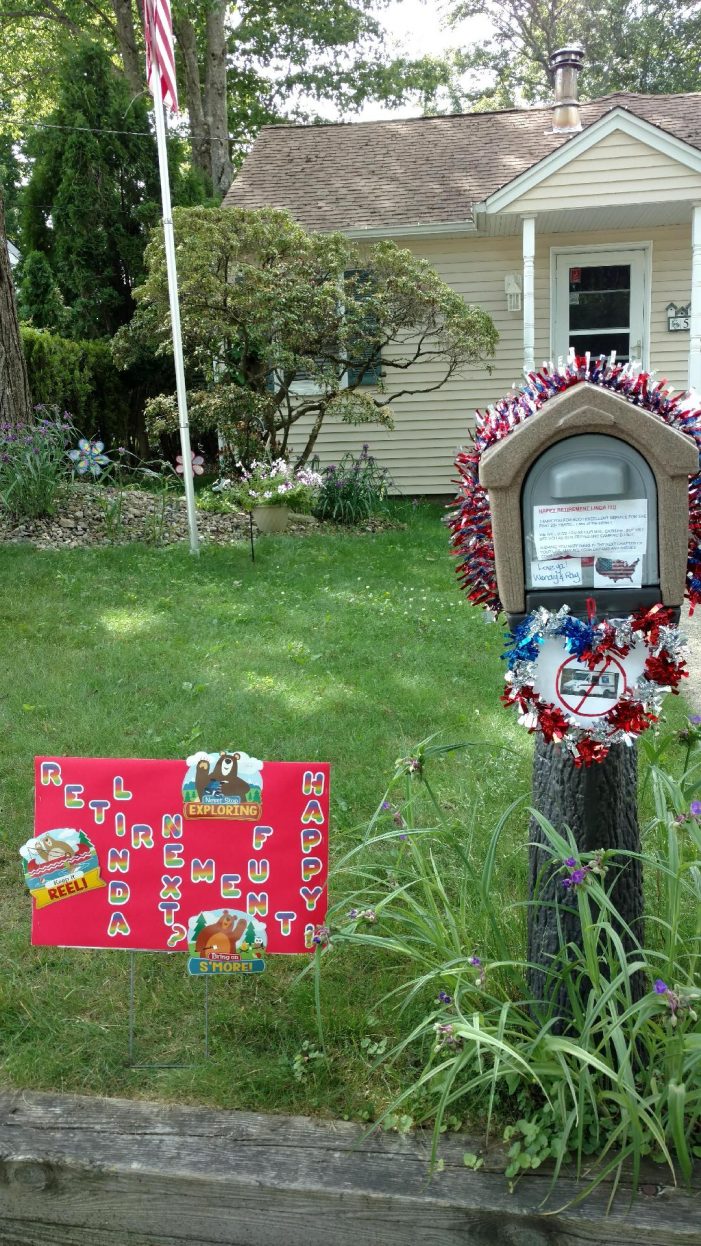 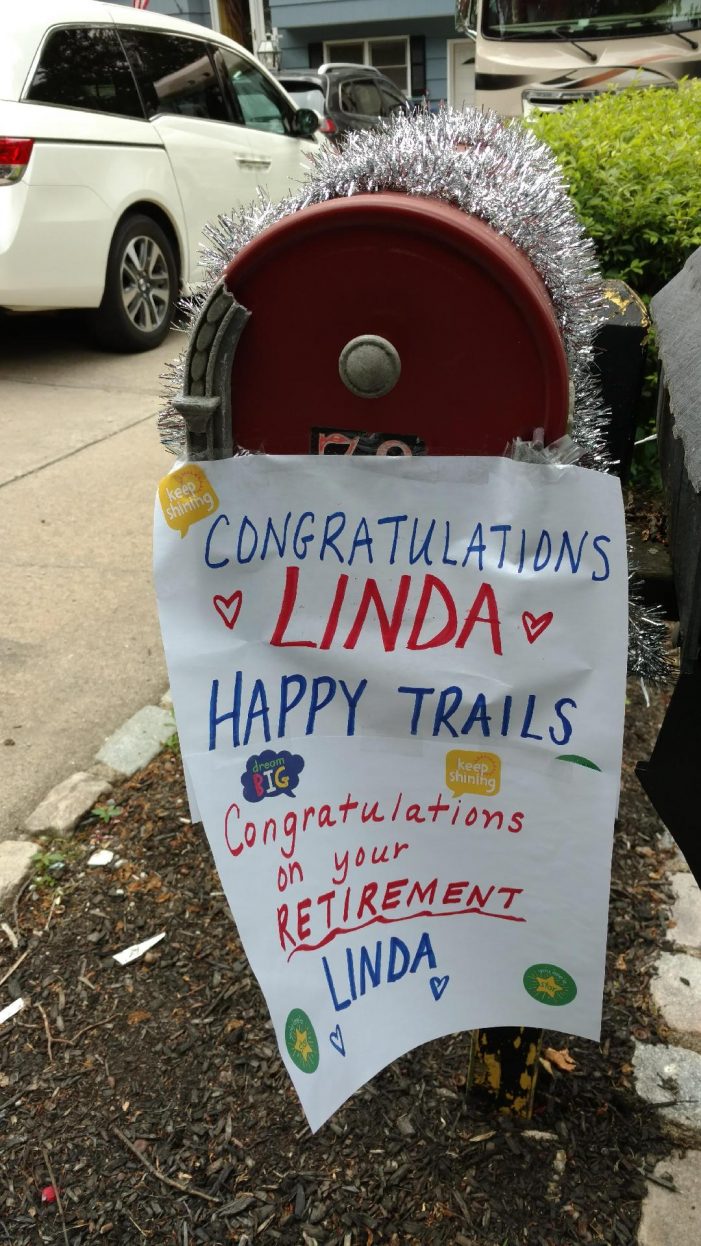 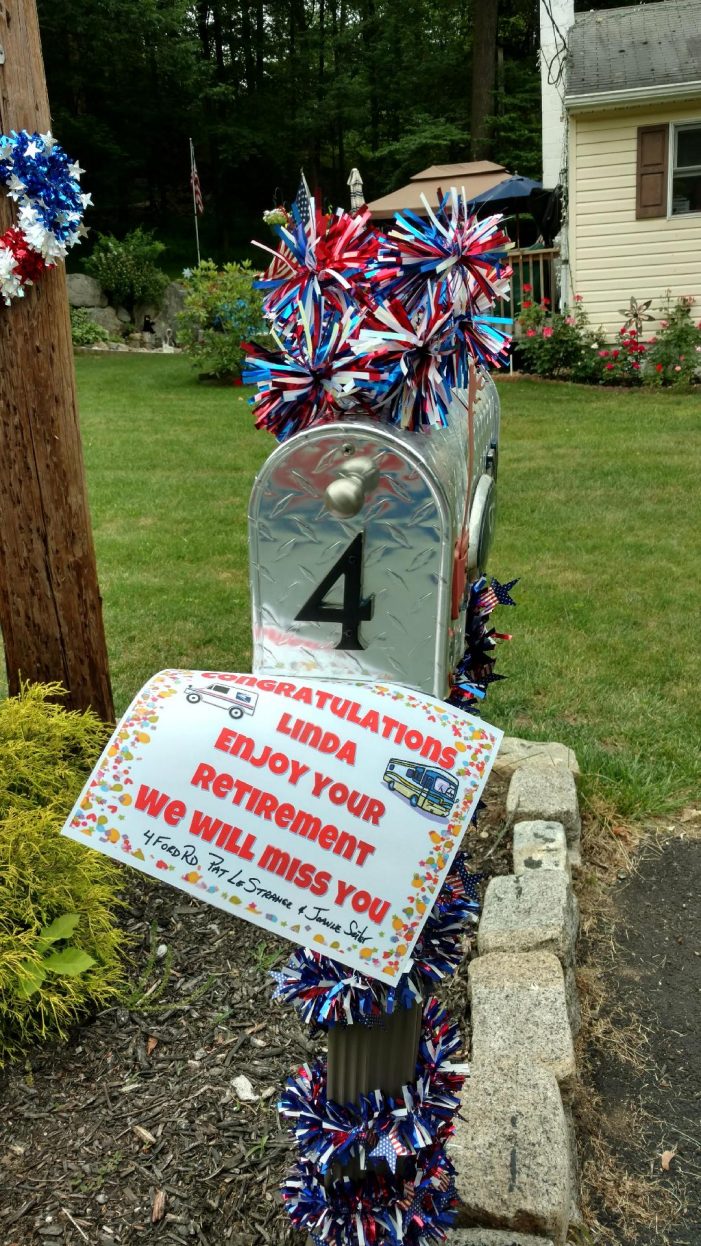 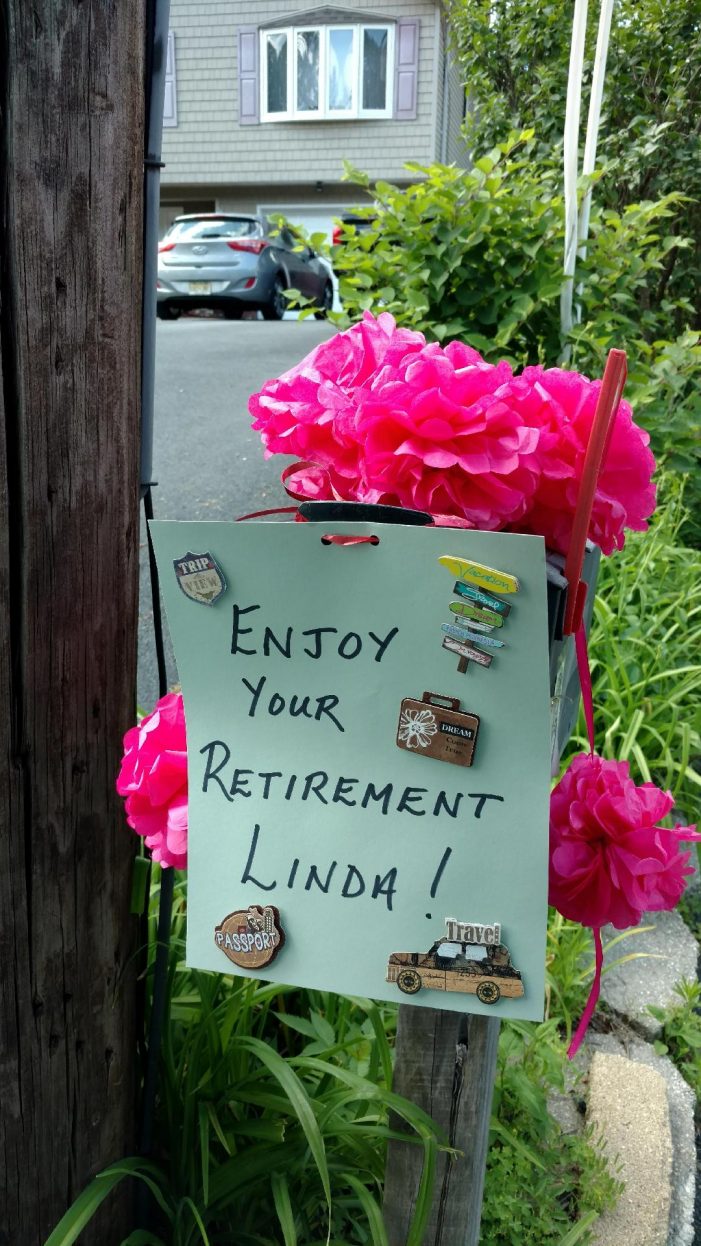 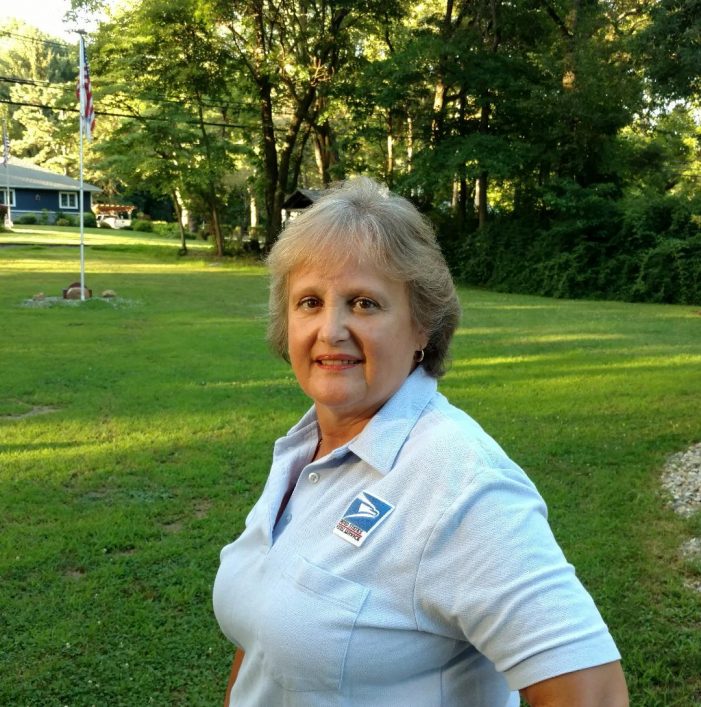 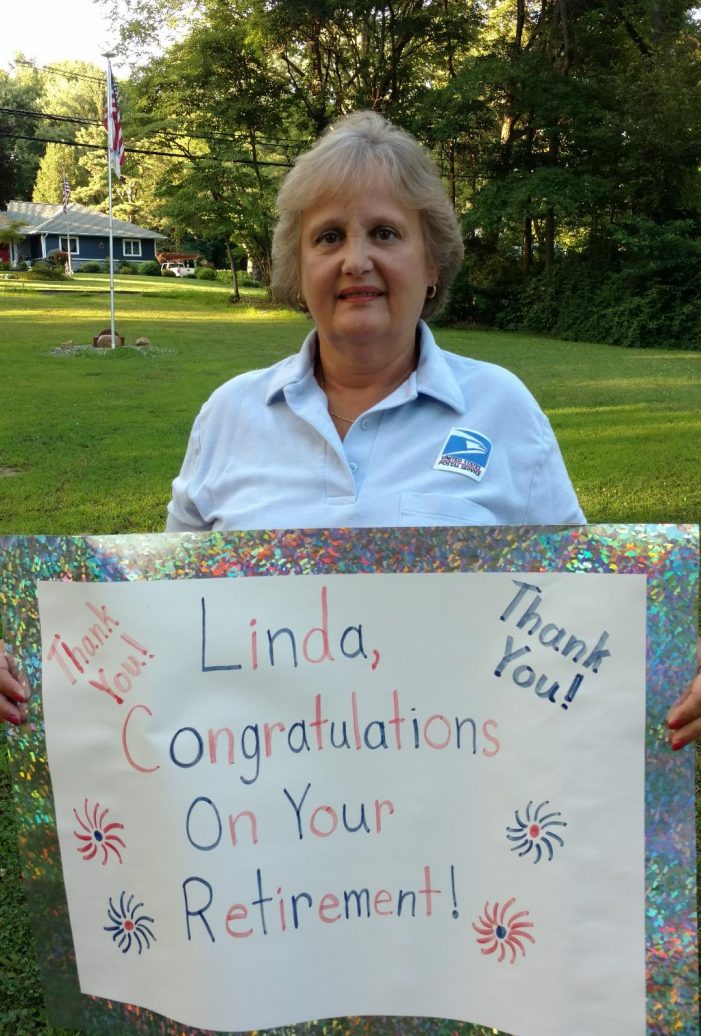 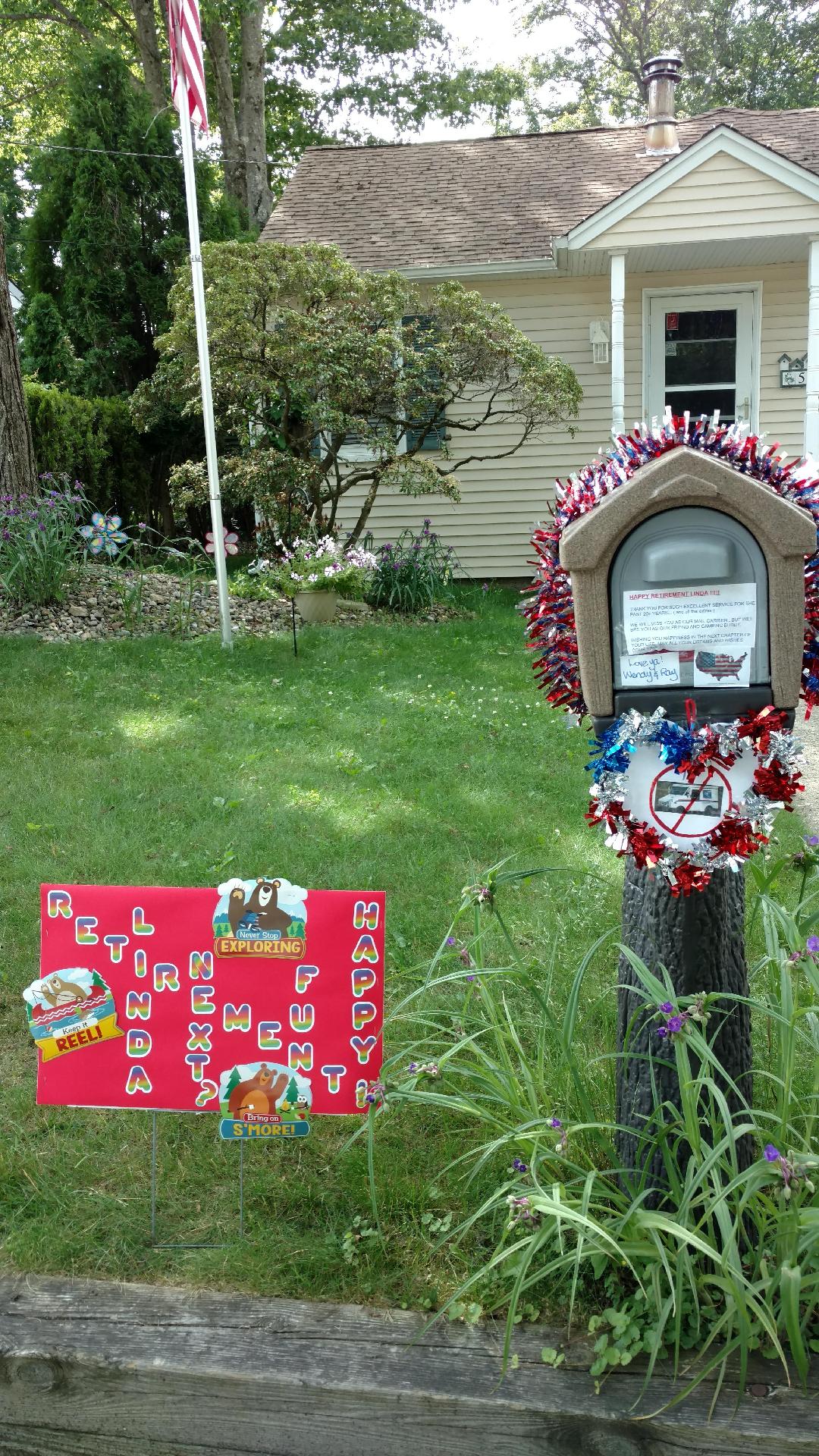 One day in June, mailboxes along streets in the Shore Hills area of Landing were decorated.  However, it wasn’t for a holiday. It was to say good-bye to a special person.  They say that neither rain, nor sleet, nor snow, stops the mail.  Linda McCabe of Succasunna lived that motto while bringing a smile to all she saw as she delivered the mail for 32 years. June 18th was her last day on the job.

McCabe grew up on Mooney Mountain in Roxbury, on what she describes as a lazy 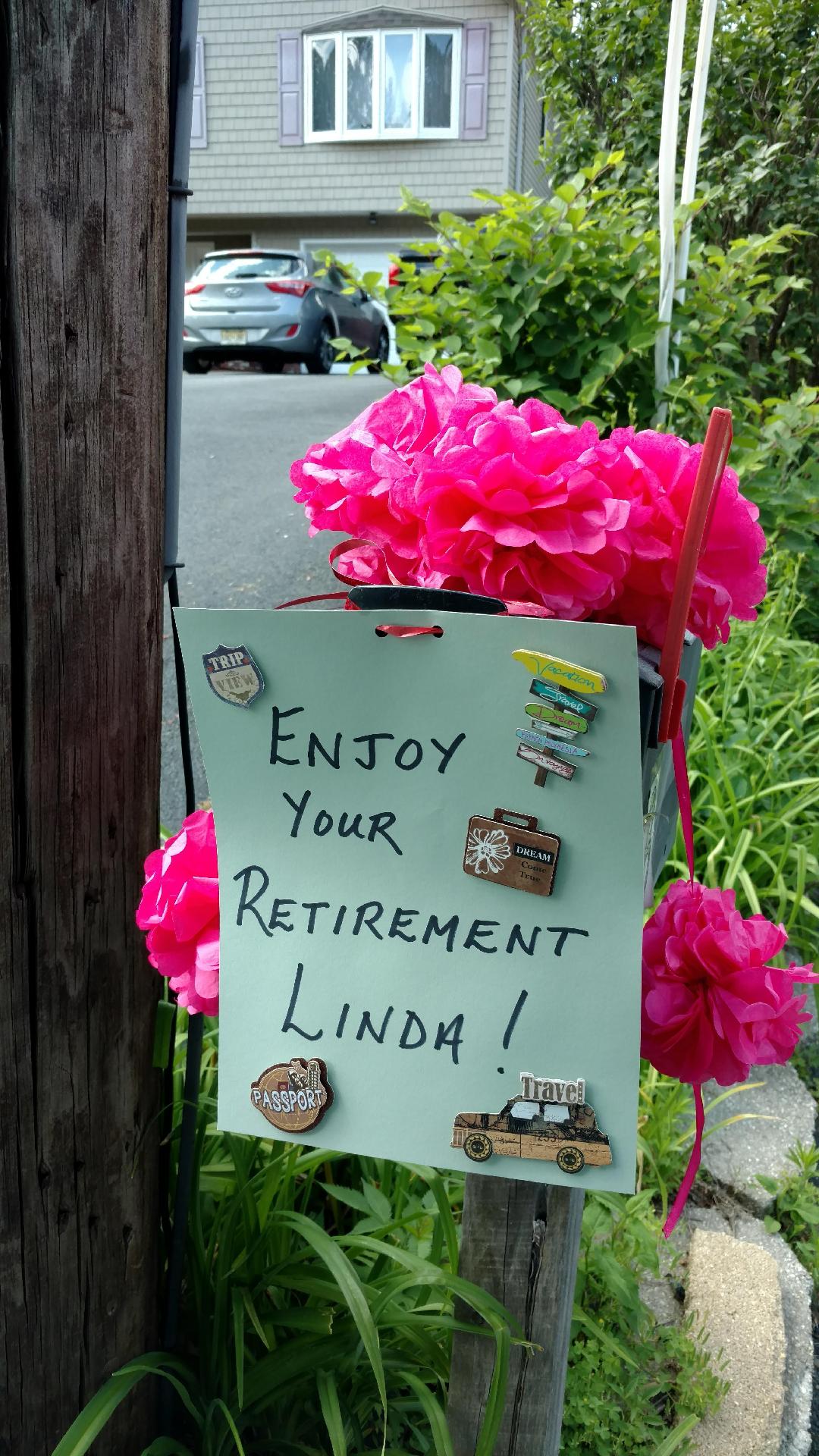 man’s farm.  Her first job was as a legal secretary, but she found that she missed being outdoors and looked for a job that would let her be outside, and also had good benefits.  She found that in the U.S. Postal Service.  In May 1988, she started her postal career, delivering to the walking route in Port Morris.  From there, she went on to become a full time sub, filling in for other carriers when they were out.  At one time, she knew every house in Landing, Port Morris, and Lake Rogerine.  For the last 22 years, she had a mounted route, delivering mail with a vehicle to over 600 stops in Shore Hills and pivoting to also deliver to about 100 in Lake Rogerine ( three – four times a week).  For many years, she was the only female mail carrier in the Landing area.

McCabe said the most challenging things about being a carrier during her career were snowstorms and the Anthrax scare. However, she noted that even with the winter storms, “Nothing deterred me. I can count on one hand the times I brought mail back.”   She noted the other challenge, the Anthrax scare, was a trying time for those in the postal service.  “You never knew what you’d receive when delivering the mail,” McCabe shared.

There are many good memories, too. McCabe said she loved to “bring a smile to people’s faces”.   While operating out of the Landing office, McCabe would give out lollipops to the kids on her route.  She found joy in helping Santa answer letters he would receive from children on her route or write ones to children on her route whose parents let her know the kids would enjoy hearing from Santa. This year, she even helped Santa write letters to children whose parents had received letters as kids. Also, McCabe said the elderly on her route got to know and trust her and would be looking for her to come up to their homes.  “I was the sunshine in their day,” said McCabe. 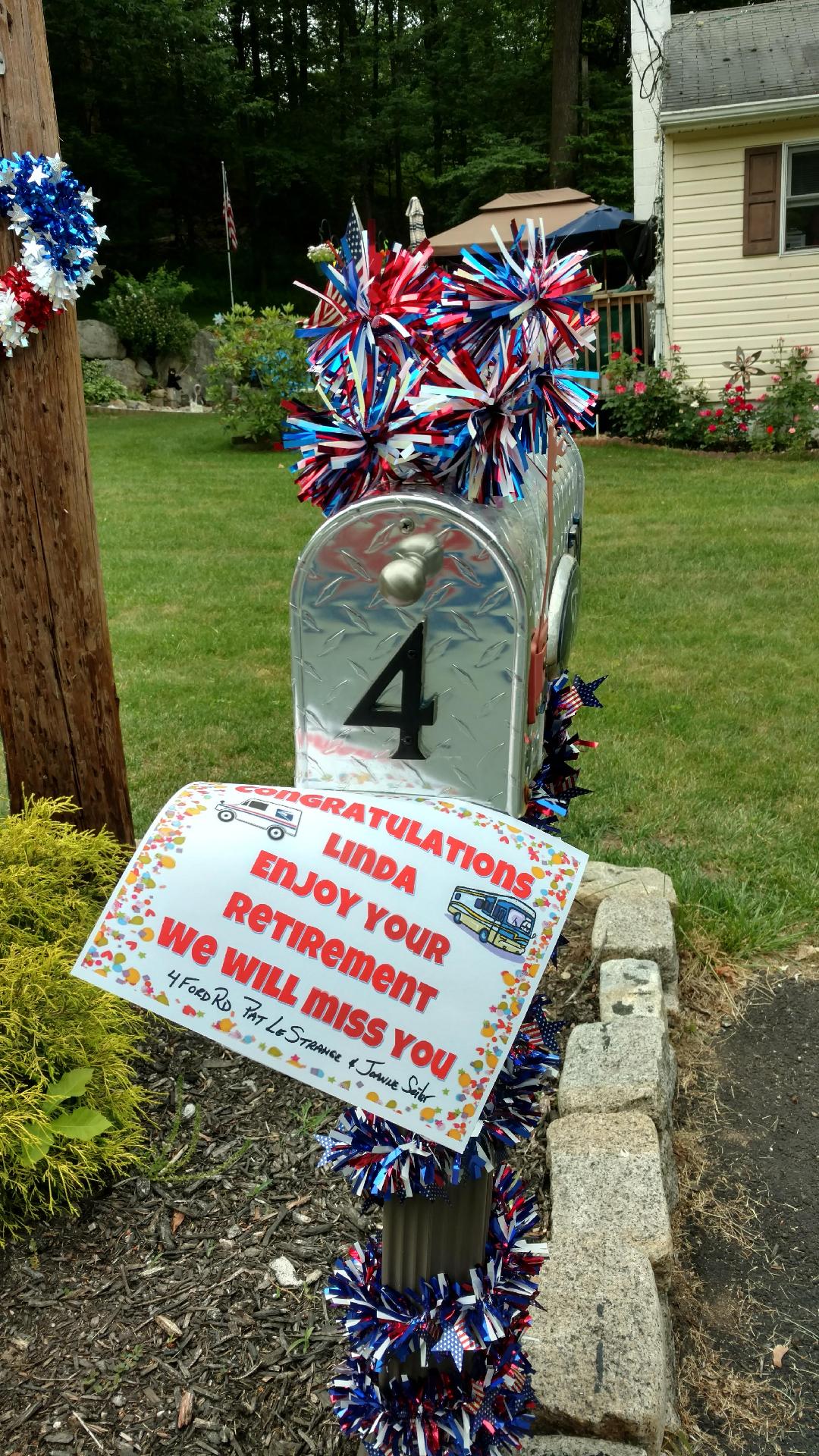 comradery she shared with those at the Landing Port Office. McCabe delivered mail to Dave Moore and his family when he was a high school student living in Port Morris. McCabe proudly notes that Moore went on to play for the NFL.  As for the Landing Post Office, McCabe spent all but her last nine years assigned there. “The people I worked with [there] were like my second family.  That’s what made the Landing Post Office special.”

On McCabe’s last day delivering mail in Shore Hills and Lake Rogerine, those along her route made it special with decorated mailboxes, posters, and treats.   McCabe was overwhelmed by the greeting;  the day was bittersweet as she said good-bye to people who had become friends.  The feeling was mutual.  “I am one of those ‘Amazon’ people who got a delivery almost every day and Linda always provided service with a smile. Linda was not only my mail carrier, but a friend and I will miss her very much,” said 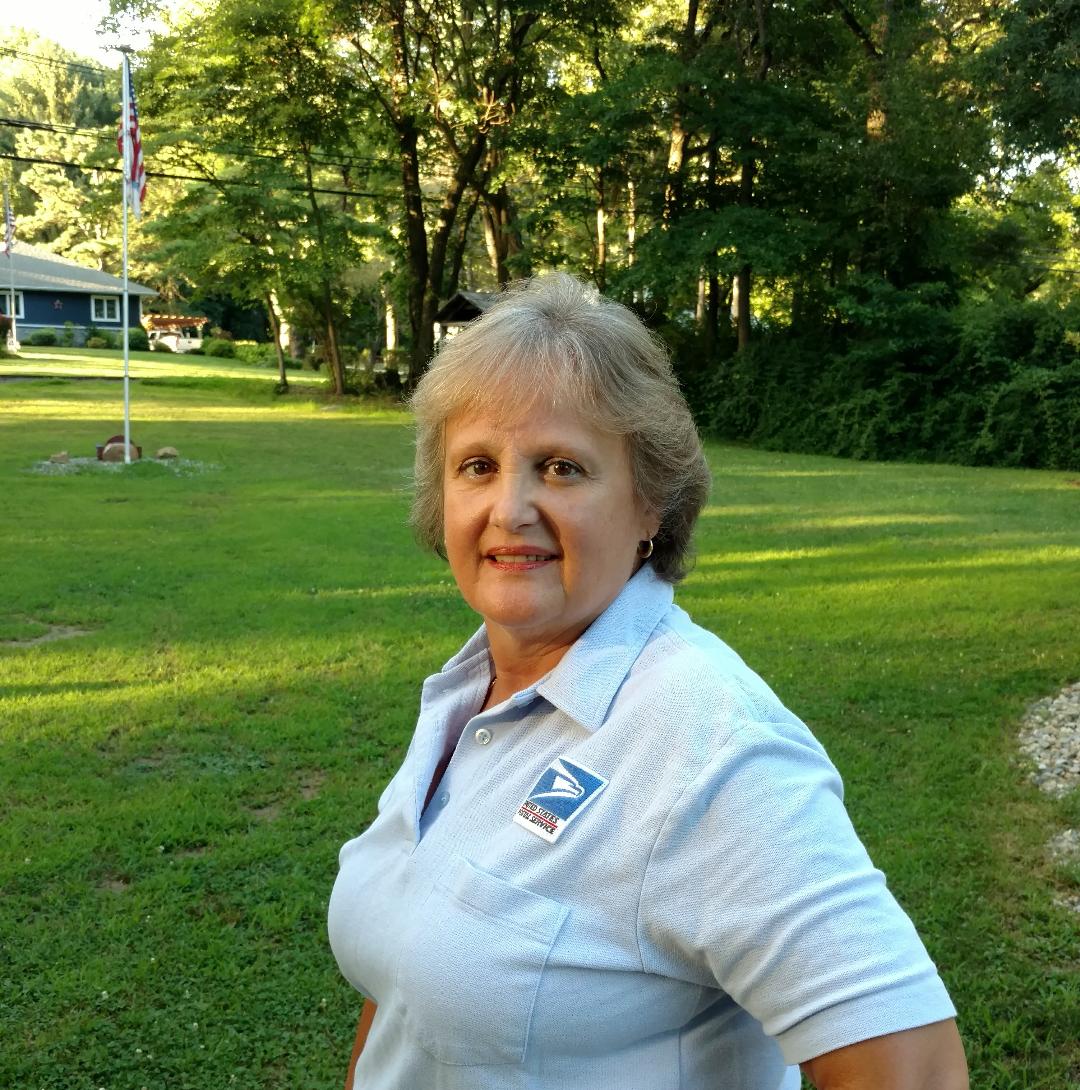 As for her plans in retirement, McCabe and her husband, Bill’s goal, since they met 13 years ago, has been to have some RV adventures.  “Our first trip will be to travel to Texas to visit with our granddaughter, then on to Tennessee to meet up with friends and family,” she shared.

When she announced her retirement to those on her route, McCabe shared this poem she’d found on the internet:

I have spent many years at the USPS,

I’ve delivered your mail, and gave it my best.

But now it is time that I’ve got to part ways.

The friends that I have made are countless I’m sure.

And many of you I’ll always adore.

The time has come now, for me to retire.

I want to live life, before I expire.