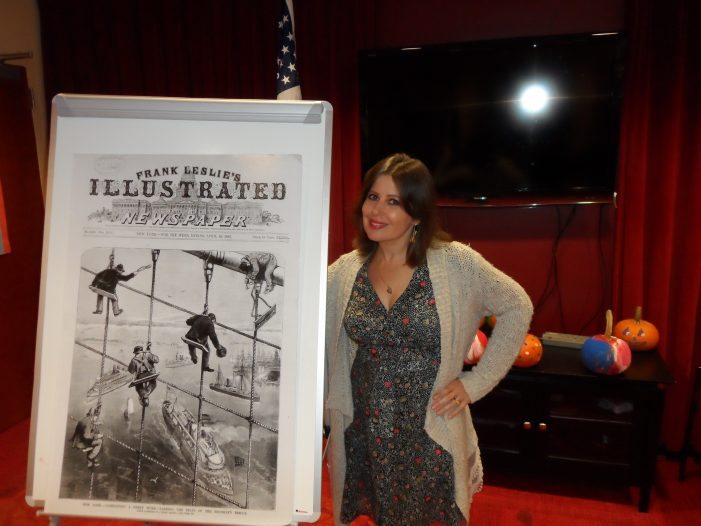 Maryanne Christiano-Mistretta has found a way to transform learning by combining storytelling with music. She is the founder of “Learn and Listen,” a recently-created program that illustrates the lives of famous musicians.

Every Wednesday for the month of July Caldwell Library has hired Christiano-Mistretta to present her “Learn & Listen” music program. “I present a half hour biography on a famous entertainer followed by live music,” she says.

The program is two-fold: the first part involves Christiano-Mistretta reading the biography of the musician and then the second part consists of live music from performers acting as the musician.

Christiano-Mistretta of Kenilworth aimed to create something that would engage listeners of all ages through the lives and musical styles of different musicians. She has other lectures that libraries often host, but the “Learn and Listen” program is the most popular one by far.

Christiano-Mistretta started up coming up with public speaking programs for libraries during 2013. She started the “Learn and Listen” series about a year ago. The first one was held last summer and it has since grown to a crowd-pleasing event that local libraries often book months in advance.

She emphasized the broadness of music’s reach, saying that not only could seniors enjoy it through reminiscing on artists such as the Beatles, but additionally younger people could also gain a deeper appreciation for that music, despite the age gap.

“Music transcends all generations; it’s something that everyone can relate to,” explained Christiano-Mistretta.

Christiano-Mistretta plays a dual role in each program. Not only does she individually write each biography but she also acts as the host of the show, reading the biographies aloud to the crowds.

The biographies are each about five pages long. Despite the length, Christiano-Mistretta doesn’t memorize the material. Instead, she knows it well enough to naturally present it to the audience.

Each show encourages audience interaction. Christiano-Mistretta tries to be upbeat as possible, illustrated by the plethora of fun facts provided in each biography. She also includes facts such as number of records, notable accomplishments and other achievements from their lifetime.

The famous musicians are portrayed by performers Ruben Castillo, Stephen Fuller, and Keith Beck, depending on which performer is shown. The program has been performed over 22 times.

Usually held at libraries, the “Learn and Listen” program receives funding from different sources, including the government and Friends of the Library.

The crowd at a show can vary anywhere from 15 people (which would be considered a small crowd) to over 100 (the turnout for the recent show at Teaneck Library).

Christiano-Mistretta mentioned the possibility of adding more people to the series, specifically female musicians. She looked forward to the thought of including notable women, such as Stevie Nicks.

“I’d also like to have more women come back. I had a woman who [performed as] Ella Fitzgerald [but] she’s taking a temporary break.”