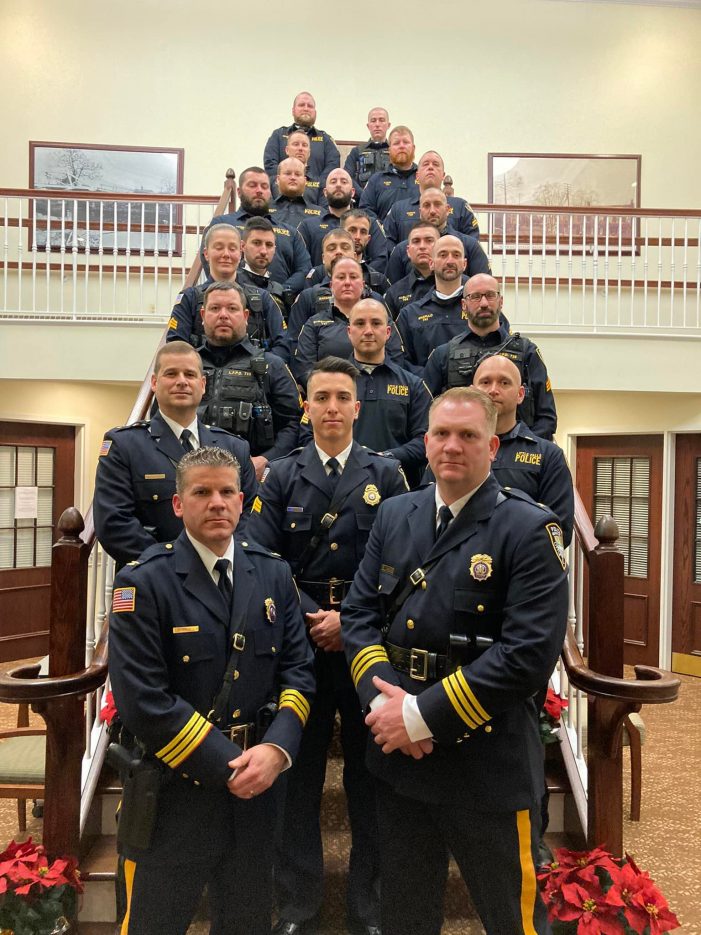 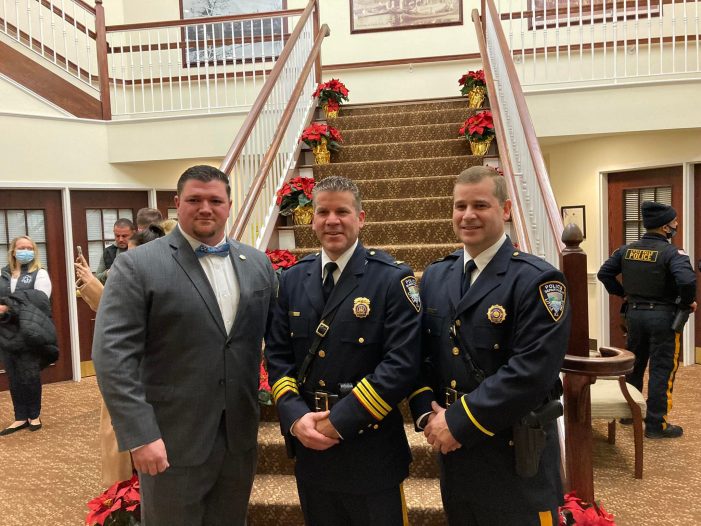 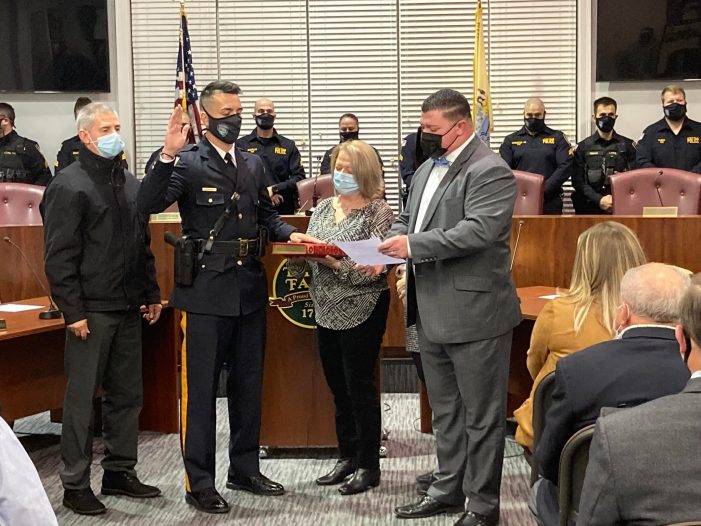 Sgt. Jon Cespedes is sworn in by Mayor James Damiano with his parents by his side. 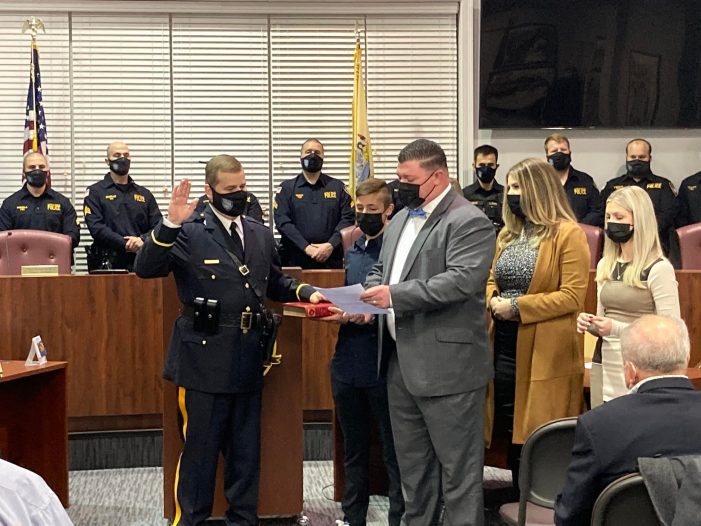 Pictured is Lt. Robert Prall being sworn in by Mayor James Damiano, with his family by his side. 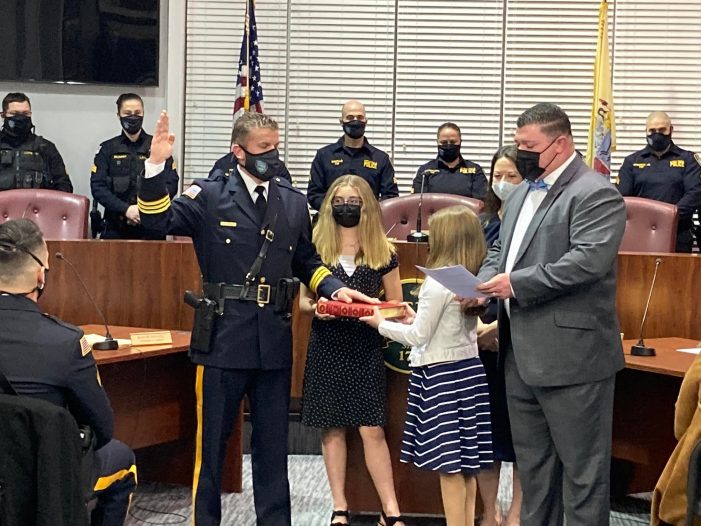 Pictured is new Deputy Chief of Police Bryan Prall being sworn in by Mayor James Damiano, with his family by his side.

For the first time in recent history, the Little Falls Police Department (LFPD) has a new Deputy Chief of Police. Bryan Prall was sworn in by Mayor James Damiano at the Township Council meeting on Dec. 20. Two additional officers, Lt. Robert Prall and Sgt. Jon Cespedes, were also promoted. Damiano commented during the ceremony.

Lt. Robert Prall and Sgt. Jon Cespedes on your promotions this evening,” Damiano said. “Over the past six years under Chief Steven Post, this department has made tremendous strides in the right direction.”

Deputy Chief of Police and looks forward to his commitment to the community. He was previously with the U.S. Marine Corps before becoming a police officer with the LFPD in 2006.

“I look forward to meeting with the various stakeholders within our

community to ensure that we, at the Little Falls Police Department, continue to live up to the high expectations that everyone has grown so accustomed to,” Prall said.

Damiano said it was an honor to promote all three officers at the ceremony.

“Moving forward under Deputy Chief Prall, the future of the Little Falls Police Department is in good hands,” Damiano added.

Photos courtesy of The Township of Little Falls