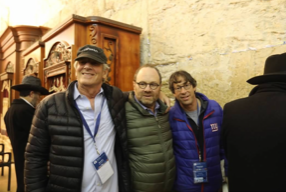 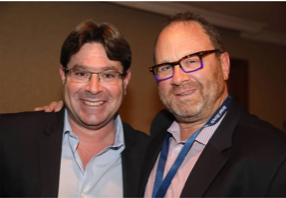 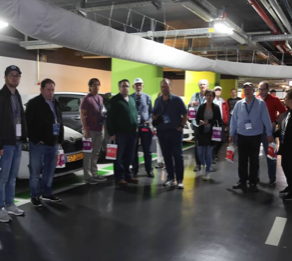 The trip, titled Maimonides Medical Delegation, is funded through Israel Bonds and takes doctors from throughout the country every other year to learn about medicine and doctors in the Jewish homeland. He started the program a decade ago with his friend and colleague Dr. Burt Herbstman. In March he went on the sixth trip with the group.

Hutter is a board-certified orthopedic surgeon based in West Orange. He is the secretary of Development Corporation for Israel Bonds National Board of Directors and the co-chair for its medical missions to Israel.

“The goal is that they come back, spread the word and connect more people to Israel,” Hutter said. “It gives you an appreciation of how medicine is different across the world.”

He said while Israel has a centralized health system with free healthcare, doctors treat people just like here. Doctors don’t care if the patient is an Arab or someone from a neighboring country, if someone is hurt or sick, they get help.

During the excursions to Israel he has met with fellow orthopedic surgeons, observed trauma hospitals, visited Schneider Hospital just outside of Tel Aviv, a medical center that has treated children for everything from the flu to cancer, learned about promising new developments for medical marijuana’s use in treating everything from osteoarthritic pain to lower back problems and fibromyalgia and even witnessed a hospital treating a child from Syria.

He noted that one of the cooler experiences on this past trip was meeting doctors from Shayetet 13 – Israel’s Navy SEALs. They were among the people who rescued the boys trapped in a cave last year in Thailand.

Israel often gets a bad reputation because of the media and the Boycott, Divestment, Sanctions (BDS) and hopefully

“By getting people there, they really see what’s going on,” he said. “They see the truth.”

The group also met with Magen David Odom, the EMS unit in Israel and saw what it is like to respond to trauma firsthand.

He recalled how when he started the program 10 years ago he was just getting involved with the Israeli Bonds Board. But ultimately, it was his goal for doctors to experience Israel, learn and have fun.

The trips usually have between 20 to 40 people and often many go more than once.

“I thought it would be really cool if we did a doctors trip to Israel,” Hutter said.  “Israel doesn’t discriminate and that’s the message that doesn’t get out to the public.”