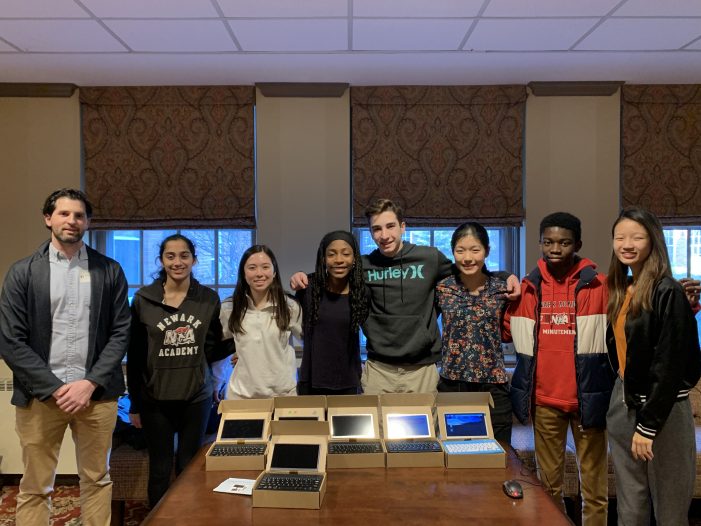 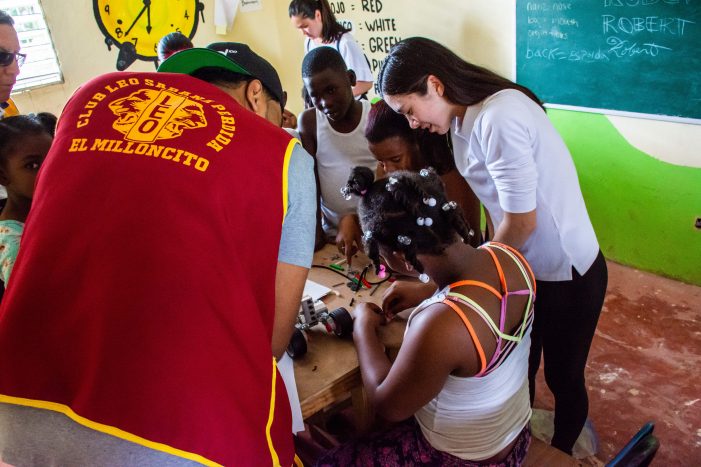 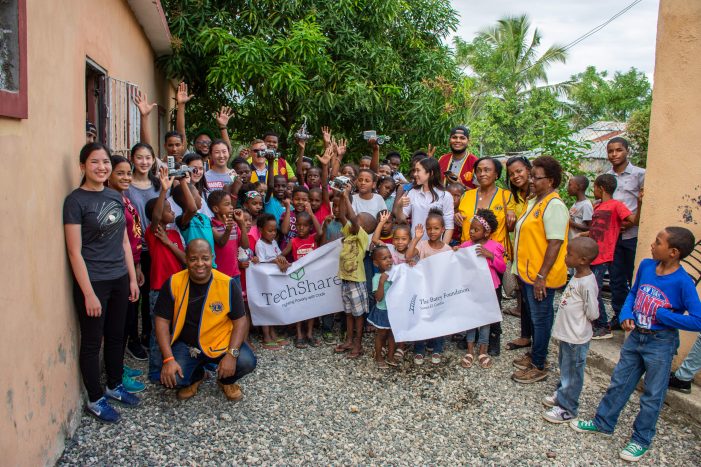 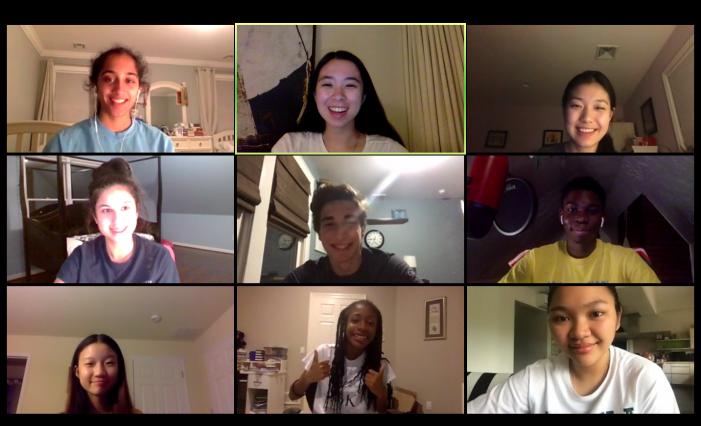 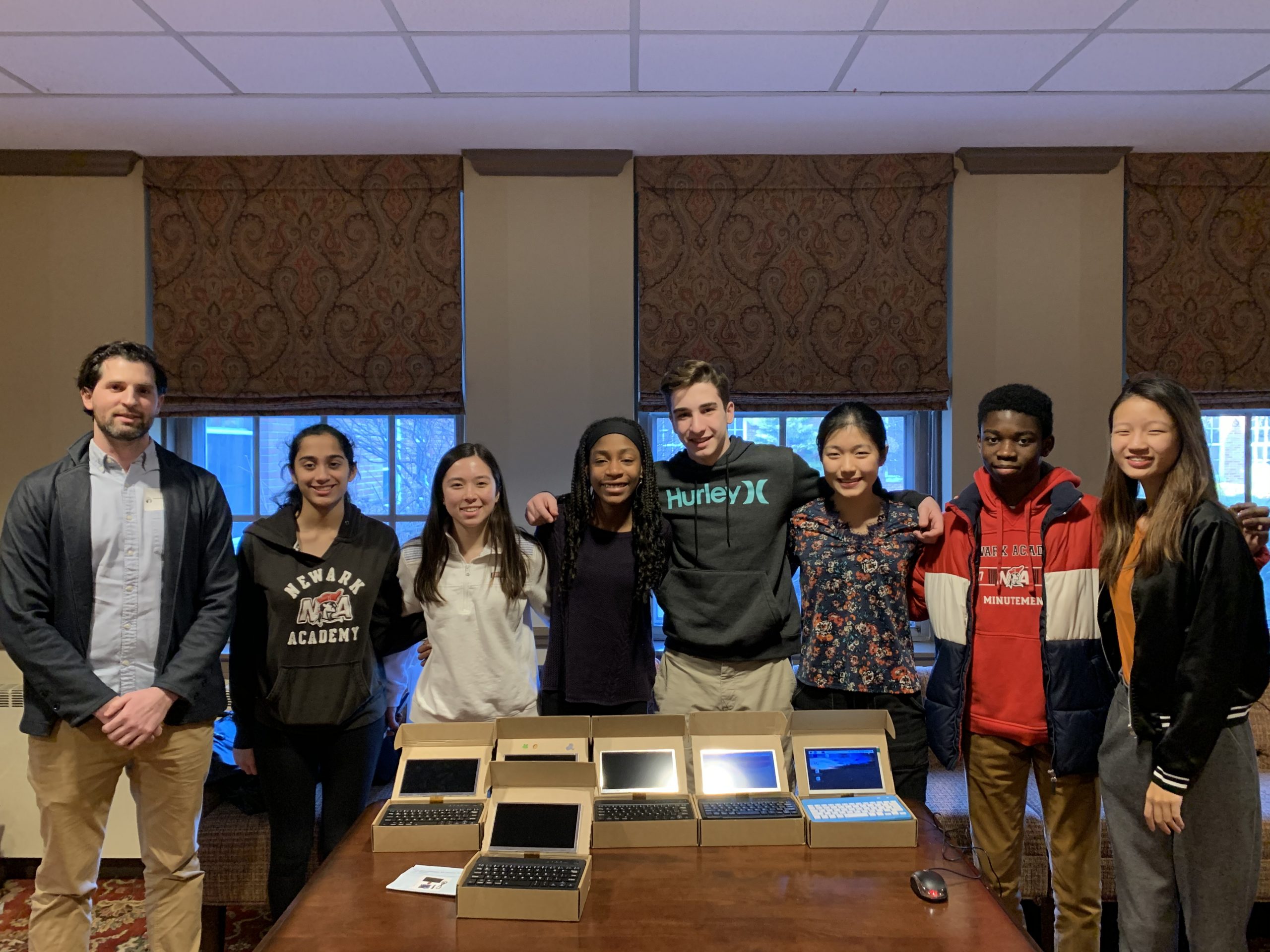 A group of Essex County students wanted to change the world; they tried science, technology, engineering and math. And they are bringing underprivileged children along for the ride.

“Because without it, they risk being left behind in our rapidly advancing world and perpetuating this cycle of poverty that already plagues so many families and communities,” says Molly Cantillon, founder and CEO of Techshare Project.

According to the social entrepreneur, for many of the children they teach it’s often their first time holding a cellphone, building a robot and controlling that robot from a remote device.

“It’s definitely a special feeling to be able to witness the children’s joy and captivation with something I had been enthralled in since childhood,” she says.

Cantillon founded Techshare in 2017 after being inspired by a visit to her grandfather’s village in Guangxi, China for the first time, and discovered that STEM education was severely lacking there.

“Being told that STEM was the so-called ‘industry of tomorrow’ for most of my life, I was disturbed by the 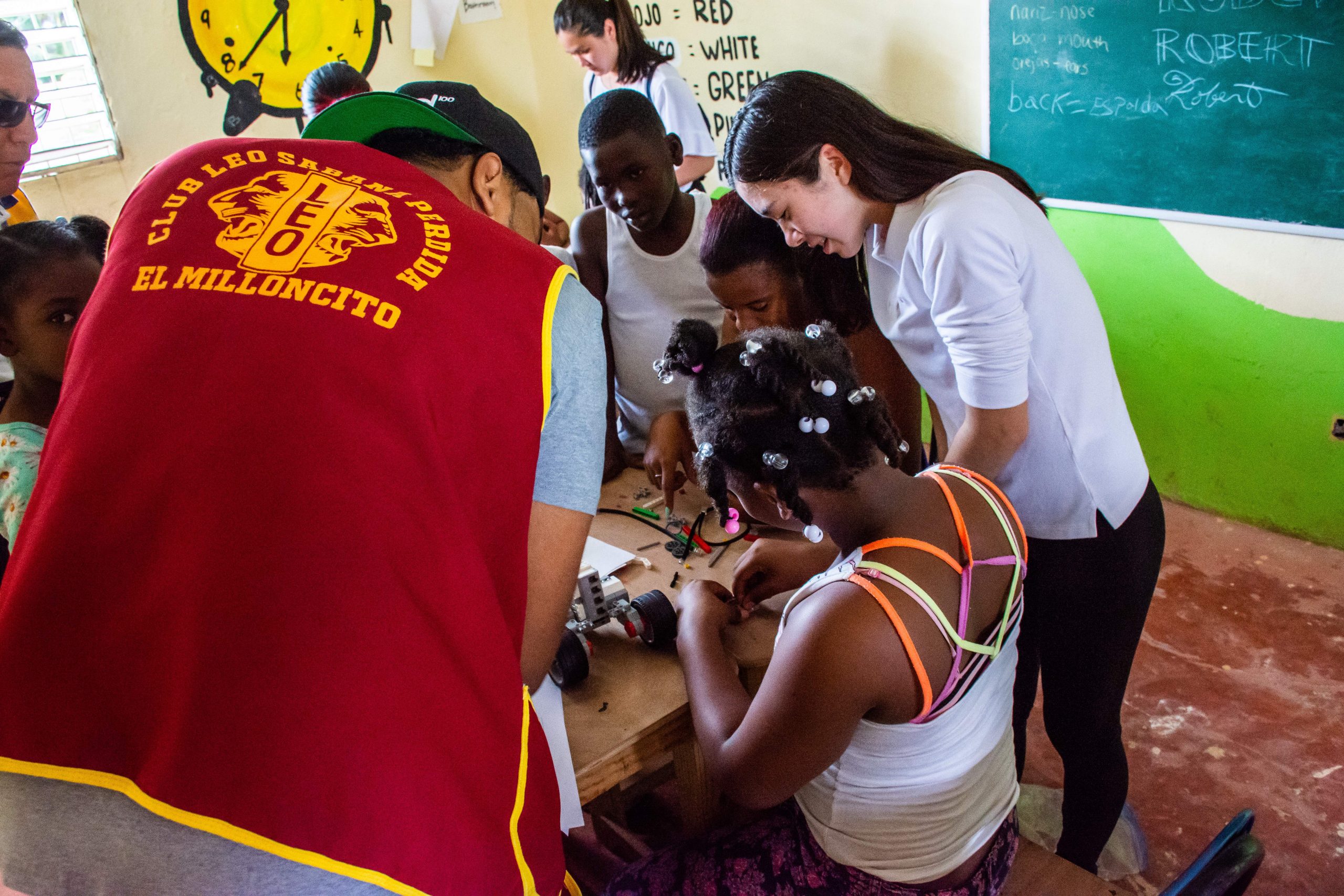 inequitable spread of that education, leaving potentially huge contributors to the field in the dark and limiting society’s innovative potential,” the CEO says.

So it was imperative to her that the students have access.

“Scouring the internet for resources about my new projects, taking apart countless devices including my phone to reach a deeper level of understanding about circuits and electronics, and teaching myself obscure coding languages, I grew more and more captivated with technology and my endless appetite for creating technology made it impossible to keep to myself,” says the CEO.

For Cantillon, the success of her company has been everything. Even the students are  genuinely dedicated to the cause and developed their personal ambitions.

More than 700 kids have been impacted by the entirely student-led organization, of over 150 volunteers, and to date they have raised more than $3,000. 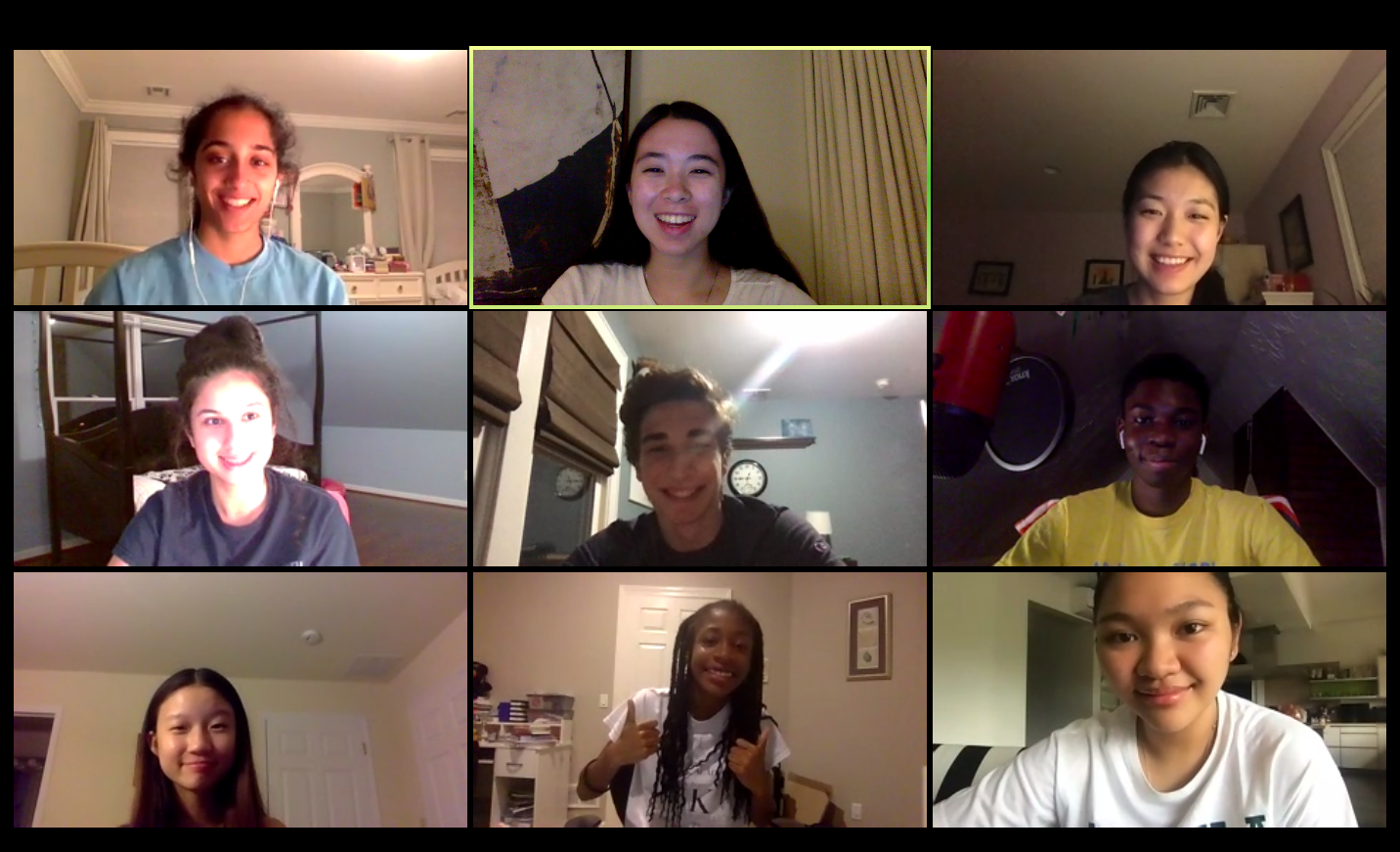 “I’m very grateful for all the support we received from our school sponsoring various projects to partnering with organizations like the Boys and Girls Clubs, the Peace Corps and the Batey Foundation,” she says.

On the impact of Techshare, Leyri Garcia, program director of Batey Foundation in the Dominican Republic, says this is an unforgettable, eye-opening experience.

“Because now these kids know that there is a world of possibilities out there with technology and they are capable of archiving a lot more of what they think they can,” says Garcia.

“We are taking a pretty conservative approach to expansion where we concentrate our efforts rather than rapidly expand and risk diluting our purpose,” Cantillon says. “We look to establish regional chapters in schools across the US in the upcoming years, eventually building a network of schools that strengthen Techshare’s impact and equitable STEM education.”

The group typically holds events at the Boys & Girls Club of Newark, providing a basic overview on how to build a LEGO mindstorms bot, code a scratch game, put together a  raspberry pi board and more.

“Then we’ll allow the kids, under our guidance, to be more creative and see what modifications they can come up with,” says Jack Cleeve, 17, of Techshare promotions. “Typically, we’ll have some kind of demonstration or competition at the end, perhaps racing those LEGO mindstorms bots or everyone trying out someone’s scratch game.”

According to Tiffany Agkpo, 17, the group’s chief operating officer, knowing that their activities made the students so happy only encourages the team to organize even better activities in the future.

“Our partnership with the Girls and Boys Club is also particularly meaningful to me because during this event (Friendsgiving 2020), I was able to reconnect with so many kids I had met previously and start new friendships with others,” Agkpo says.

For event coordinator Juliet Bu, the first Techshare program she attended was through the Boys and Girls Club of Newark.

The 15-year-old loved the experience since she was able to directly interact with the kids they were teaching, and felt that she was actually making a difference.

“The effectiveness of Techshare’s execution of their goals was the biggest factor that convinced me to become a part of the team,” says Bu.

Over quarantine, they hosted an interview series of STEM professionals who led various introductory workshops to UX design or Programming or Founding a Nonprofit.

“We are still hosting online Zoom workshops and talks, but are hoping to work with some groups in person when it gets warmer and we can do them outside,” Cantillon says.

And they are currently focusing on the second phase of the GCCP, where they plan to send 10+ computers equipped with coding material to schools in Southeast Asia.

“We are working on assembling the computers since there were delays in some parts arriving,” says the CEO. “We hope to provide them to the schools in the Philippines to start their next school year.”

The first phase sent six computers with coding curriculum to scholarship students in the Dominican Republic, with the help of the Batey Foundation.

From every angle, technology has always felt like magic to the social entrepreneur.

“It excites me, fascinates me, challenges me,” she says. “From a very young age, I became mesmerized by the intricacies of software coding with mechanical components, consuming me with finding explanations to no end.”

She is hoping that the students are equally captivated by technology and the group’s events will act as a catalyst, empowering self-exploration and potentially a career in the field.

“For me, providing an opportunity to discover and engage in STEM is unparalleled,” Cantillon says. “Not only is it self-rewarding, but it is exciting to see interests develop and incredible that we can make a short, but tangible impact in these children’s lives.”