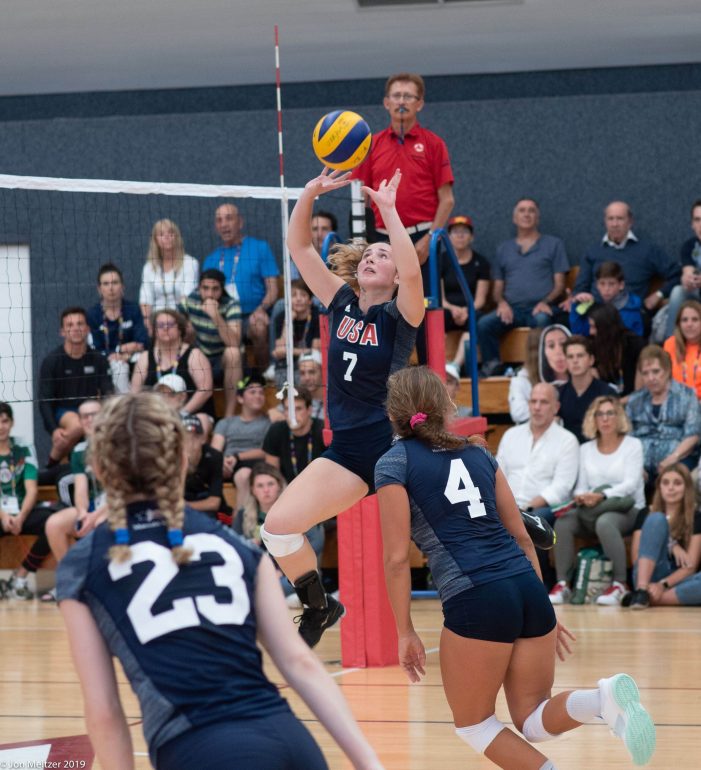 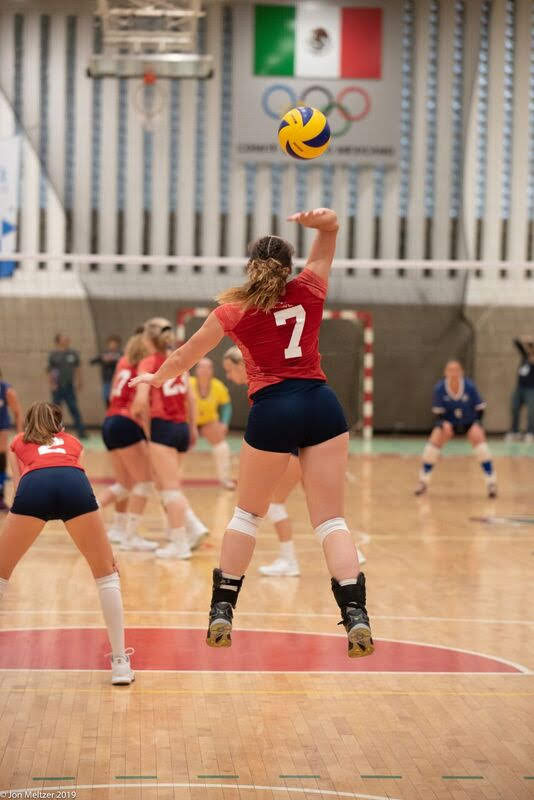 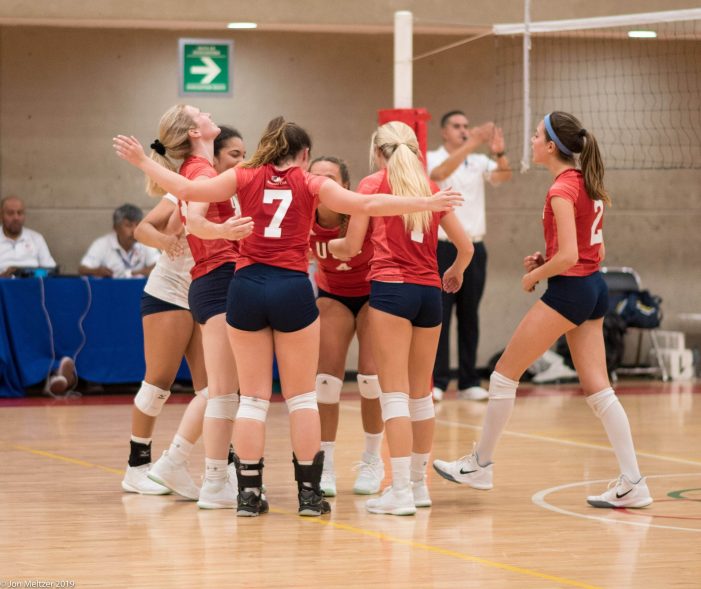 The PanAm Maccabi Games, which take place every four years, is a multi- athletic competition for athletes of Jewish origin. 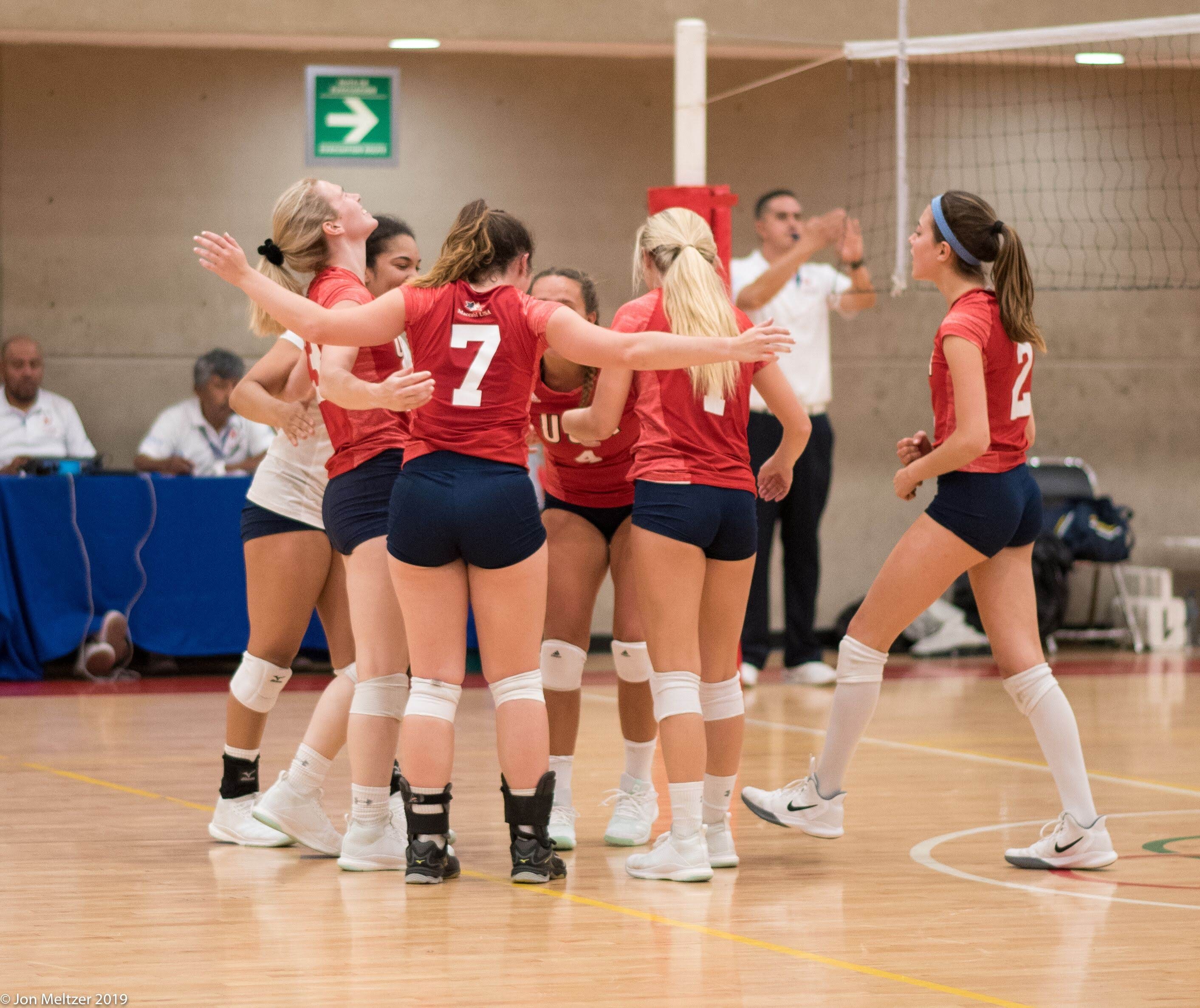 As a member of the USA Junior National Volleyball Team, Edelstein helped Team USA captured a Gold Medal in the 2017 Maccabiah Games that were held in Israel. That year, the red, white and blue crew defeated national junior teams from Cuba, Canada, Argentina and Israel for the Junior Division Championship.

While the 18-and-above Team USA lost in four sets to Team Brazil this time around, the whole wonderful experience didn’t get lost on Edelstein one bit.

“It was awesome,” Edelstein recalled. “I had a lot of fun. It was very different than Israel, but it was great. “The skill level was a lot better than in Israel. We beat Cuba, 25-6 in the first round, but lost to Brazil in the end.”

Edelstein plays the setter position for her Division III college squad, McDaniel College — a private liberal arts institution in Westminster, Md. She said the Pan-Am Games were a good way to prepare herself for the rigors of a long college volleyball season, which starts in August and ends in November.

“During the summer, I don’t get much real competition,” she said. “But this international competition really helps get me more than ready for college volleyball,” adding that Team USA played against older players of top skill level from all over the globe.

Edelstein, a soon-to-be 20-year old college junior, has played all versions of volleyball, including beach volleyball. But she said the indoor variety suits her the best.

“I love the indoor game the most, but I do enjoy the beach game,” said Edelstein, who also played a year of softball in high school. “But the beach game is totally different, and I should stick to the indoor game,” she said with a chuckle, citing the contrasting styles it takes to excel on the sand, especially playing as one half of a two-member team.

With the 2021 Maccabi Games approaching in approximately two years, Edelstein said she would like to get one last crack at the international event in Israel. At that point, she’ll more than likely start working full time and enter graduate school for psychology not too long after graduation.

“My experiences (in international play) have been extremely positive,” the five-foot-six-inch Atlantic Valley Volleyball Club player exclaimed. “I hope to play again in two years with thousands of Jewish athletes coming together; it’s pretty incredible. Who knows what will happen two years from now, but playing in Israel would be a great opportunity.”