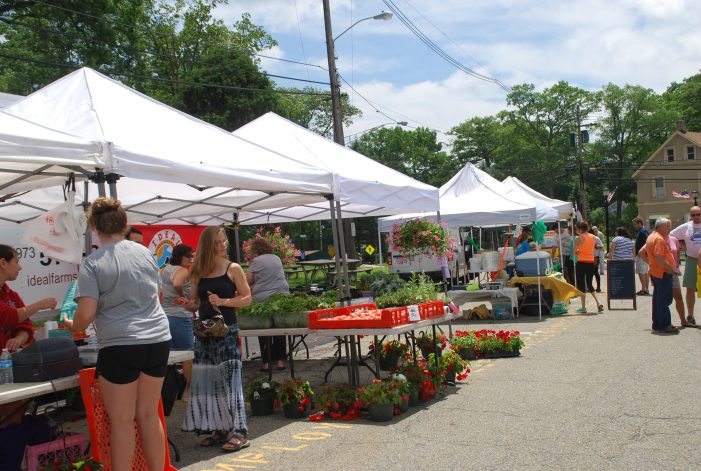 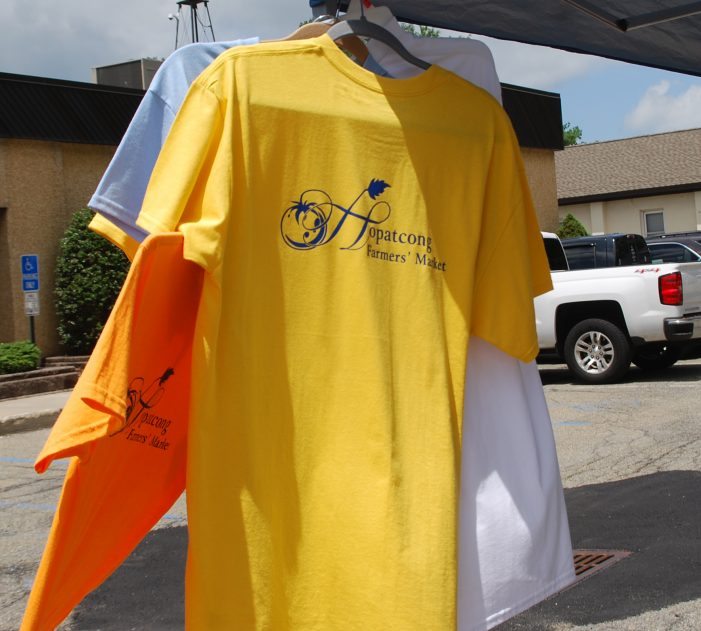 A selection of the new Hopatcong Farmers' Market t-shirts hangs at the sign-in tent.

For one day every year, Chatham Borough turns from an upscale, sophisticated bastion of Morris County wealth into the epitome of small-town America.

The Fishawack Festival was held Sat., June 11, from 10 a.m. to 4 p.m., featuring vendors, not-for-profit groups, children running around in gaudy face paint, folks walking their dogs, everything that makes a tight community.

This year, Fishawack coincides with opening day of the Farmers’ Market. The market, starting its 10th season at the railroad station parking lot is run by a volunteer committee and, for the past seven years, a Youth Volunteer League.

According to the borough website, in 2014, volunteers worked more than 2,000 hours keeping the market going. Volunteer John Ball is known for being on site by 5:30 a.m. each Saturday during the season to greet and assist the vendors, according to the website. Community volunteers, including teens, are on site for the duration of the market, which runs from 8 a.m. to 11 a.m. each week.

Chatham’s is not the only super-organized farmers market.

The Chester Farmers Market, which will run this year on Sundays from June 19 to Oct. 2 is sponsored by the Chester Rotary Club.  It is held on Perry Street in the heart of the borough shopping district.

Chester always features music. McGuire said Rotary was still working on confirming the acts. A Grateful Dead cover band often plays, but McGuire said they also look for other performers, “something quieter than a rock band so vendors can communicate with their customers.” An a capella group from West Morris Mendham High School performed a few years ago, he said.

Councilwoman Marie Galate is in charge and she and other elected officials are always there to help out. They are known for watching customers’ dogs while they shop.

The market runs through Oct. 9, from 9 a.m. to 2 p.m. Like many markets, Hopatcong welcomes bakers, wood carvers and other local vendors along with farmers.

Another Sunday market is in Morristown on Spring Street from 8:30 a.m. to 2 p.m. All of this year’s vendors will be returning and the town is not accepting any new vendors, according to a spokeswoman at Town Hall.

A former mainstay, the Netcong Farmers’ Market will not be open this year. No one at the borough hall could give an explanation. The market was at the railroad station parking lot and often featured cat adoption days from Netcong Trap, Neuter, Release.