Local Teacher And Her Mom Compete In Hot Dog Contest 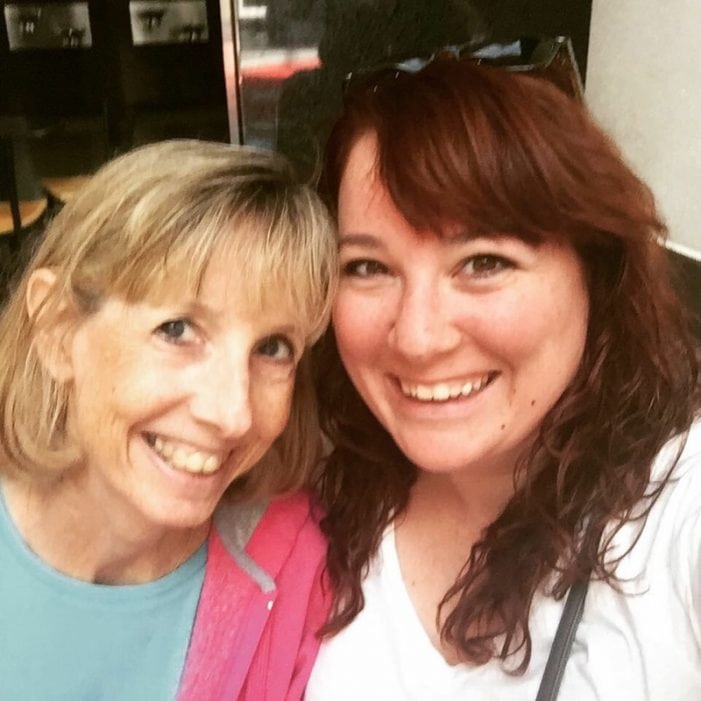 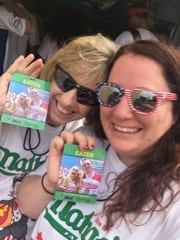 By Jason Cohen
Competitive eaters stuffed their faces with hot dogs at the Nathan’s Hot Dog Eating contest on Fourth of July.
While their professions are more on the table of giving lessons, these two local educators received a lesson on hot dog eating. Among them was Hanover Park Regional High School teacher Kristina Rovtar and her mom, Rene, superintendent of Montville schools.

This was Rene Rovtar’s second year in a row at the competition in Coney Island, N.Y. and the first for her daughter. The superintendent chowed down eight franks last year, but due to the excessive heat, only managed five and a half this time. Kristina Rovtar ate five.
“I think it’s something you wouldn’t think a superintendent of schools is getting involved in,” Rene Rovtar said. “When I reflected on it, I did have so much fun. I realized I wanted to go back.”
Rene Rovtar, 59, the oldest woman in the contest, explained that participating was on her bucket list. She didn’t know what to expect last year, but the warm atmosphere and the friendly people made her want to return. She added that the students in Montville were definitely impressed that their superintendent competed.
In order to take part in this year’s event, she and her daughter had to qualify. Nathan’s holds 20 events throughout the country. Kristina Rovtar won a competition in Syracuse, N.Y. and her mom in Norfolk, Va.
“Competitive eaters train to eat massive quantities in their training,” Rene Rovtar said. “That has not been our approach. We focused on how to eat the hot dogs as quickly as you can.”
The duo explained that eating a hot dog without mustard or sauerkraut is not easy. Furthermore, they also had to get used to dunking the bun in water and eating it.
Their fellow eaters stressed to them how important it is for the water to be room temperature or warm.
Kristina Rovtar, 30, who is an art teacher in Hanover, said she and her mom are best friends. The two of them participate in numerous activities together and recently ran a half marathon in Chicago on July 22.
“There is a comparison to marathon running,” Rene Rovtar said. “When you run a marathon you get to certain point that you have to have mind over matter. When eating, your body mentally
telling you have to push through.”
Their competitor, Miki Sudo, ate 37 dogs and won the women’s title for the fifth consecutive year.
The women are taking a break from hot dogs for now, but are open to doing it again next summer.