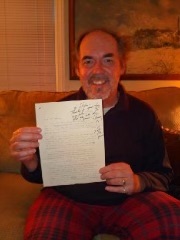 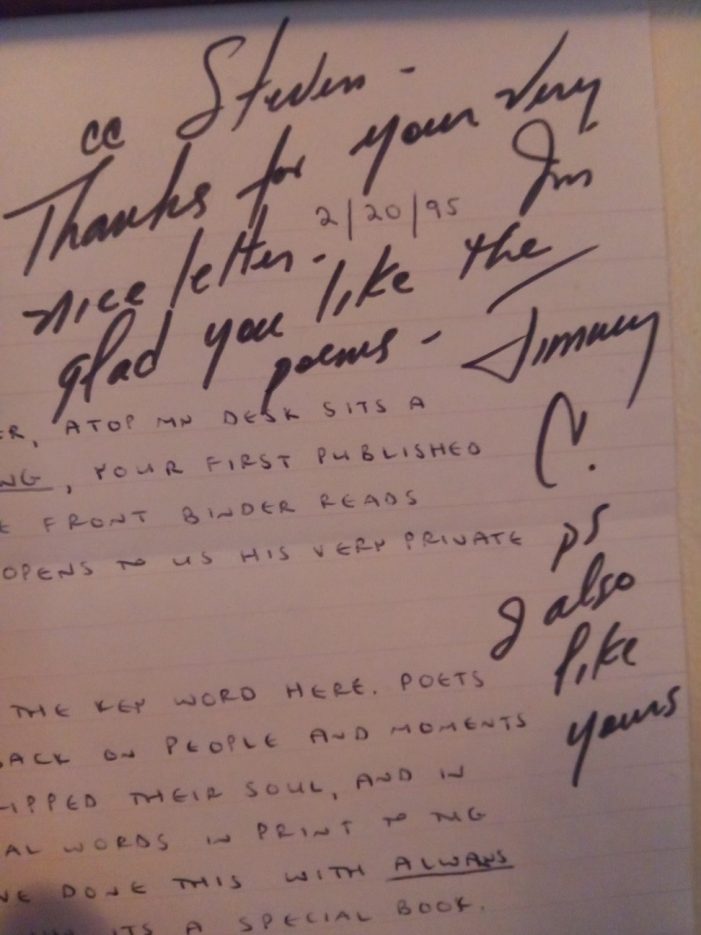 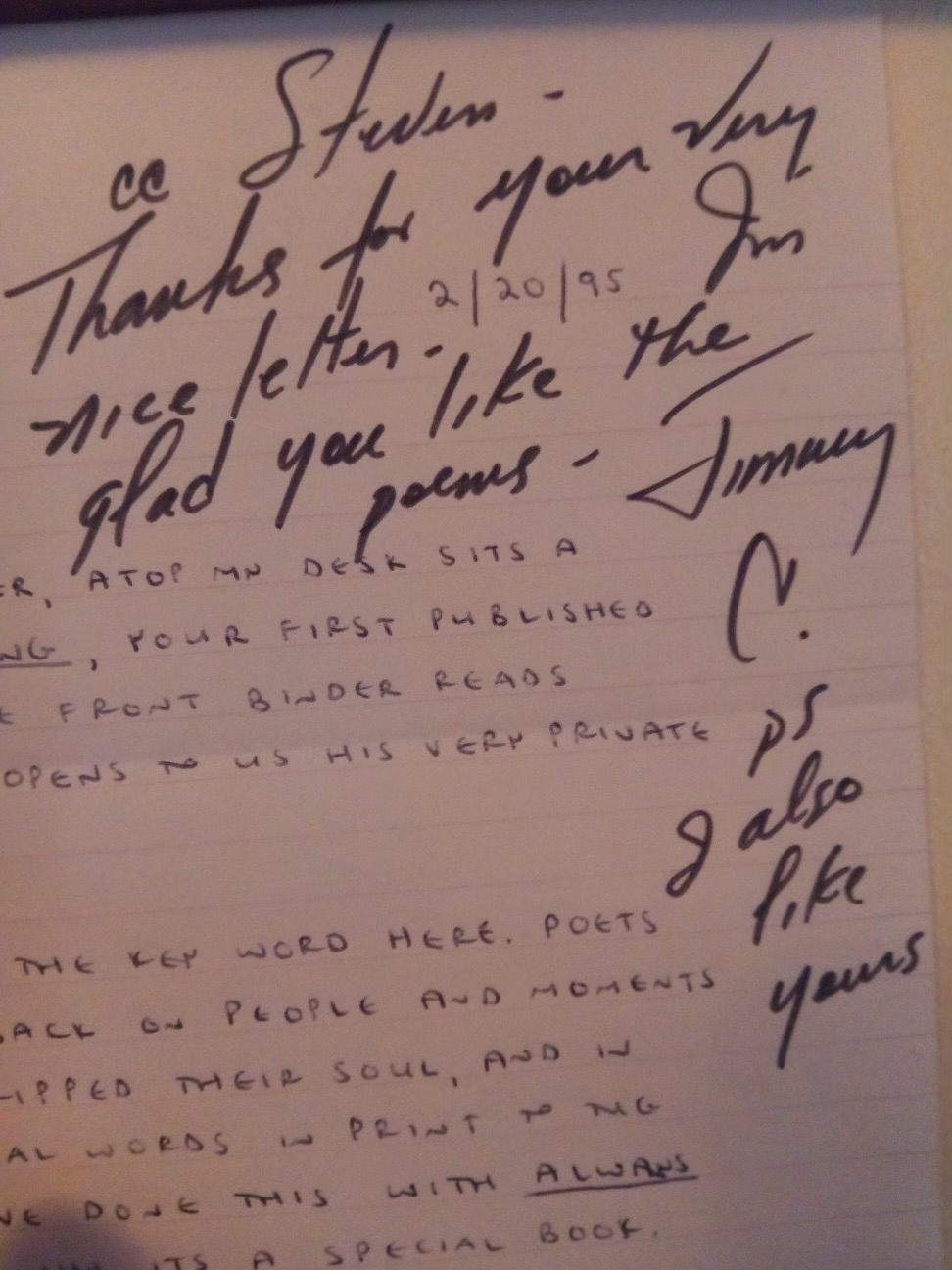 For then 33-year-old Bloomfield resident Steve Sears, the computer operator was slowly finding that his work was no longer fulfilling to him. Always having an interest in writing, Sears submitted many of his poems for consideration for publishing. That’s when all sorts of rejection letters came.

Stopping by a bookstore after a long day at work, Sears found former President Jimmy Carter’s book of poems, Always a Reckoning and Other Poems, and picked it up. A fan of what he read, Sears penned the former president a letter, thanking him for keeping poetry alive while in the White House. After attaching some of his own poetry, Steve put the letter in an envelope, placed the stamp, and off it went to the Carter Center in Atlanta, GA.

Fast forward about a month to March 1995, an envelope from the Carter Center arrived in Bloomfield.

This was no official correspondence though. Sears received a personal, handwritten letter from the former president.

“What’s unique about the letter is that he just handwrote a response on the first page of my letter. There was no official letter sent from the Carter Center on official letterhead. There wasn’t anything really presidential about it at all. It was like he was writing to a friend. I remember telling my mom, and my mom said, ‘that sounds just like him.’ He was just so down to earth and that and the document itself is something I value to this day,” Sears said.

That was the humble beginnings of where Steve Sears started his freelance writing career.

The letter still draws inspiration for Sears; it sits right next to his writing desk in his basement in a frame. Now 58 years old, Sears has made the freelance writing career lifestyle work for him. Looking back on his longevity in the freelance world, Sears passed along some advice to others who are looking to start their own freelance careers.

“Don’t let your career kill you and wear you down to the point where you don’t enjoy it anymore. You have to do something that you enjoy. No matter what you select, there are always going to be drawbacks, hard days, and peaks and valleys. But, you need to find out where the joy lies for you,” Sears said.

That letter from President Carter came in 1995, and this year marks the 25th anniversary of Sears receiving the reply. Sears plans on sending a follow up letter to the Carter Center with a photo of the original letter, just to thank the former President for providing some inspiration for a very new writer.

“A lot of people don’t know this, but when you write a letter to the White House, the interns respond to the letters. Our Presidents and Vice Presidents rarely see the correspondence that is sent to them, except in rare cases. This letter was very important to me, it was a huge source of encouragement, and it fueled my thirst for continuing on this writing journey.”