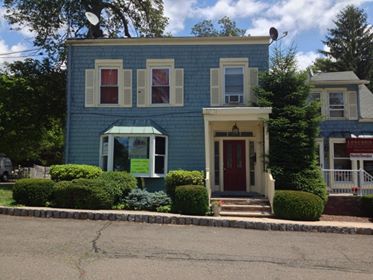 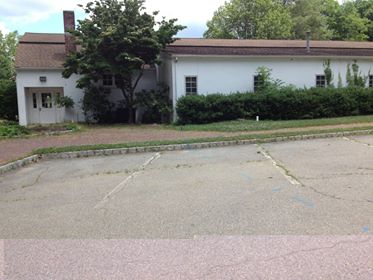 There are many folks  who are familiar with the “new” (circa 1963) St. Lawrence the Martyr Parish church building, which is located at 375 Main Street in Chester. However, the genesis of the parish itself goes back much further, almost 80 years.

Joanne Carr has been a parish member since 1959. “I have a history of St. Lawrence Church,” she says, “and it says June 1941 (was the date of the first Mass).” That Mass, prior to the formation of the actual parish itself, was held in Mrs. Water Serbe’s home parlor. Her house (which has since been moved) was located across the road from the eventual first St. Lawrence the Martyr church building. That old church structure, which is currently abandoned, became Chester Borough’s Town Hall for a period.

Dr. Joseph Cillo became a parishioner in 1962 and has sung in the choir since 1964. “The house (Mrs. Serbe’s) was moved to downtown Chester,” he says. “The power company had to move power lines, they had this great  trailer truck with many wheels, and they put the house on it and moved it to downtown Chester.”

Families in town had been attending Mass at St. Joseph’s Parish in Mendham in the early 1940s. “The people in Chester,” says Cillo, “there were not a lot of Catholics, so they used to drive down to Mendham for Masses at St. Joseph’s. Finally, that’s when they started having like a mission church at Serbe’s house. The priests from Mendham – they were not assigned here – came up and said a Mass at Serbe’s house.”

It was supposed to be a  temporary setup, but instead lasted for almost 9 years, and eventually attendees stretched from the parlor to the hallway and stairs, and the number was close to 100. The first Catholic priest in town arrived in 1947, and soon plans were developed to build a new church to house the faithful. Property across from the Serbe home was purchased, ground was broken in 1949, and the first Mass in the new church was celebrated on Easter Sunday in 1950. The number of families had grown to 300 by 1957, and a new church was built on Main Street. “The Borough of Chester bought the old building from the church,” says Cillo. “And those funds were used to help build the new St. Lawrence church.”

The first Mass at the new 800-seat church was celebrated in November 1963. The opening celebration was to be held on Thanksgiving Day, but the assassination of President John F. Kennedy changed things drastically.

“I remember,” Carr says, “going in and cleaning up the pews and getting it ready for that Mass.”

Carr serves as a Eucharistic Minister, has served on the parish advisory board, is a member of the Rosary Society, and is still in charge of the Environmental Liturgical Committee.  She credits parish growth to the priests and their associates, and all of their volunteers from the parish who gave up a lot of time for their talents and treasures. Rev. Nicholas Bozza has been Pastor since 2013. “The growth of the parish, it’s grown to probably over 1,000 families now,” Carr says. “We have so many new programs; evangelization is a big thing. We have excellent religious education programs for the kids, and for adults, too, lots of religious education programs. We have a good youth ministry program, and now we have permanent deacons in the church that help the priests.”

More information about the current St. Lawrence the Martyr Parish can be found at www.stlchester.org.