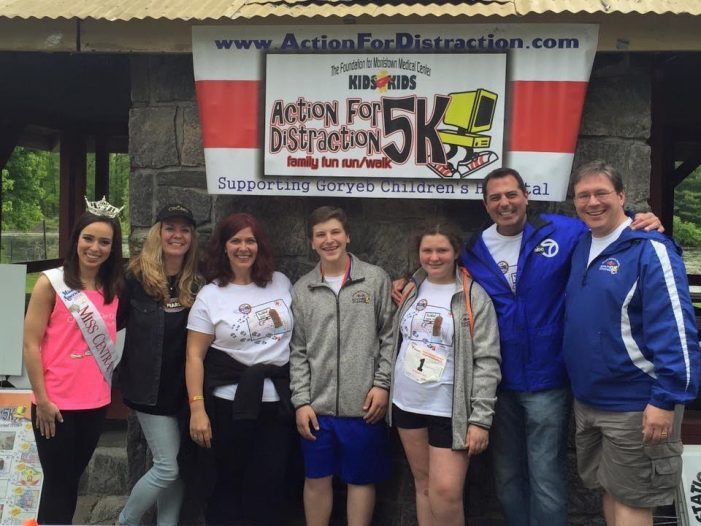 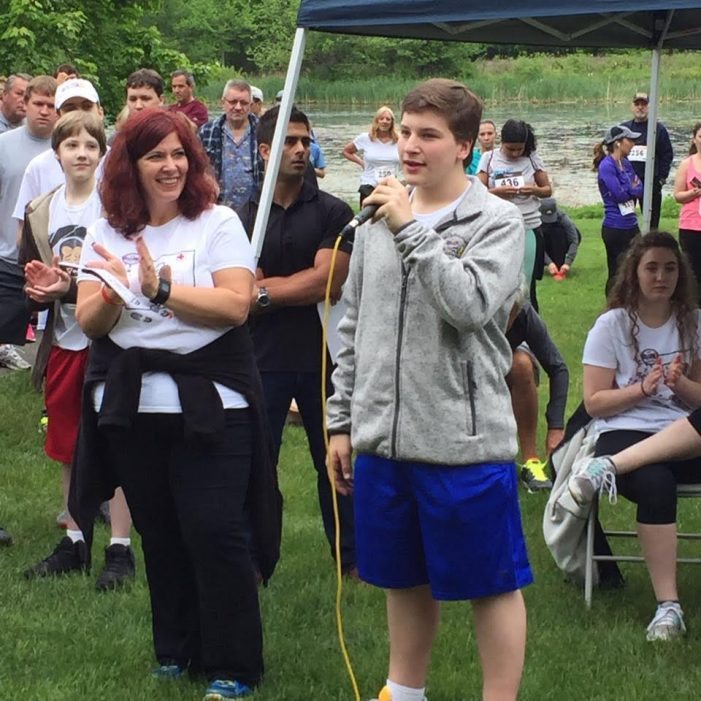 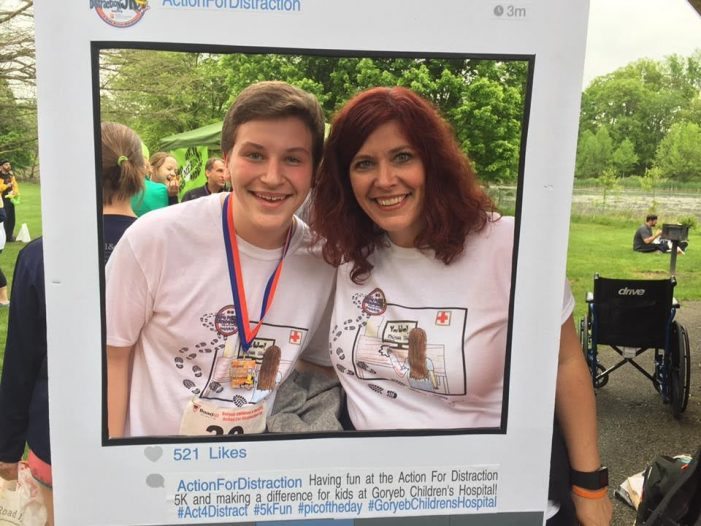 The fourth-annual “Action for Distraction” 5K charity run that Rice founded was held Sat., May 21, at Loantaka Brook Park in Morristown. The event raised $25,000, the most the charity has ever raised in one event. All of the proceeds will go to buying gaming systems and funding other activities for Goryeb’s Children’s Hospital so that children in the hospital rooms have something to distract themselves from their pain.

“This is the best 5K we had,” 13-year-old Rice said. “The event was great; everything fell into place.”

Close to 500 people were registered for the “Action for Distraction” event, the largest 5K since the charity was started in 2013.

In 2012, Rice was admitted to Morristown Medical Center for a septic hip infection. Rice was later diagnosed with avascular necrosis of the hip, an extremely rare disease for children.  After a big surgery in Oct. 2012 to attach an external fixator, Rice’s pain levels were tremendously high.

“The doctors said he would adjust to the pain level,” Rice’s mother, Shannon Sohn-Rice, said, “but he never did.”

“I had a rough time without a distraction,” Rice said. “Having nothing to keep me busy made the pain even worse.”

Rice recalled one day in the hospital when his father, Dan Rice, brought a PS3 gaming system in his room to distract him from the pain.

And that’s when an idea was born.

At the age of 10, while Zach suffered through the pain of the fixator, he looked at his mom and said, “I want to run a charity to help kids in my position.”

“The look on my mother’s face was priceless,” Rice chuckled in fond recollection.

“I didn’t understand how this idea could have come to him,” Sohn-Rice said. “All I wanted to do was to just get through each day with him, and he wanted to start a charity to help others kids. I knew that there was no way that we couldn’t do this.”

The charity planning was what got Rice and his family through his last few months with the fixator until Rice had surgery to get it removed March 2013.

Together, with the help of Rice’s parents and Morristown Medical Center’s “Kids 4 Kids” organization, Rice was able to establish the charity, “Action for Distraction” and create his first 5K event to raise money for the cause.

“We decided to go with a 5K to raise money because it promotes a healthy lifestyle,” Rice said.

At this year’s race, a parent—whose child is being treated for Leukemia at Goryeb’s Children’s Hospital— spoke about how an “Action for Distraction” gaming system has helped her son. Not only does the game distract their child from the pain, it helps their child’s friends when they come to visit; it gives them all something to bond over.

“Her speech brought tears to my eyes,” Rice said. “I never realized [the charity] would be this good.”

Rice was honored May 2 in Washington D.C. as one of the 10 recipients of the Prudential Spirit Award, which goes to students in elementary through high school who have shown amazing acts of volunteerism.

Overall, “Action for Distraction” raised more than $70,000.  Every room in Goryeb’s Children’s Hospital is equipped with a gaming system, and Rice plans to fund even more distractions for kids in the hospital.

Will there be another 5K planned for next spring? “Oh, yeah!” Rice eagerly confirmed. “We can’t quit on our bench mark year!”

Rice’s zeal does not stop with “Action for Distraction.” He is an avid singer, saxophonist and cook; he enjoys performing and speaking in front of people. In the future, Rice would like to fulfill his dream of becoming a musician.

When asked how he felt about making such a significant impact on the lives of young people, Rice said, “I really can’t describe the feeling. If there was a word, I would say ‘floating.’”

“It’s a great thing to help kids and people, in general,” he said. “It may seem hard to help others, but it is really easy to make an impact.”

Rice’s favorite subject in school is history: “I like to learn about the past and how this world came to be,” he explained. “I find it so interesting to see how the world is formed by people.”

He may not realize it now, but Rice is playing a formative role in his favorite subject. The eighth-grader’s determination has shaped history for the better, as “Action for Distraction” continues to help children in need.