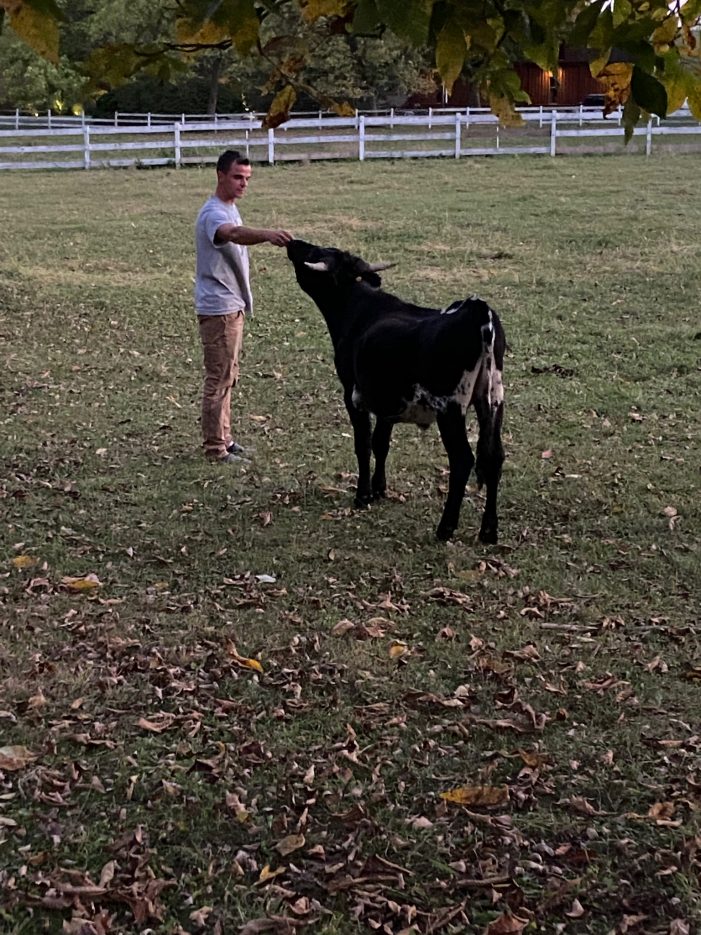 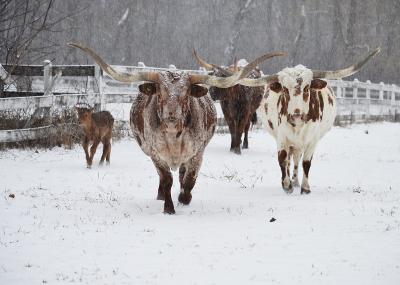 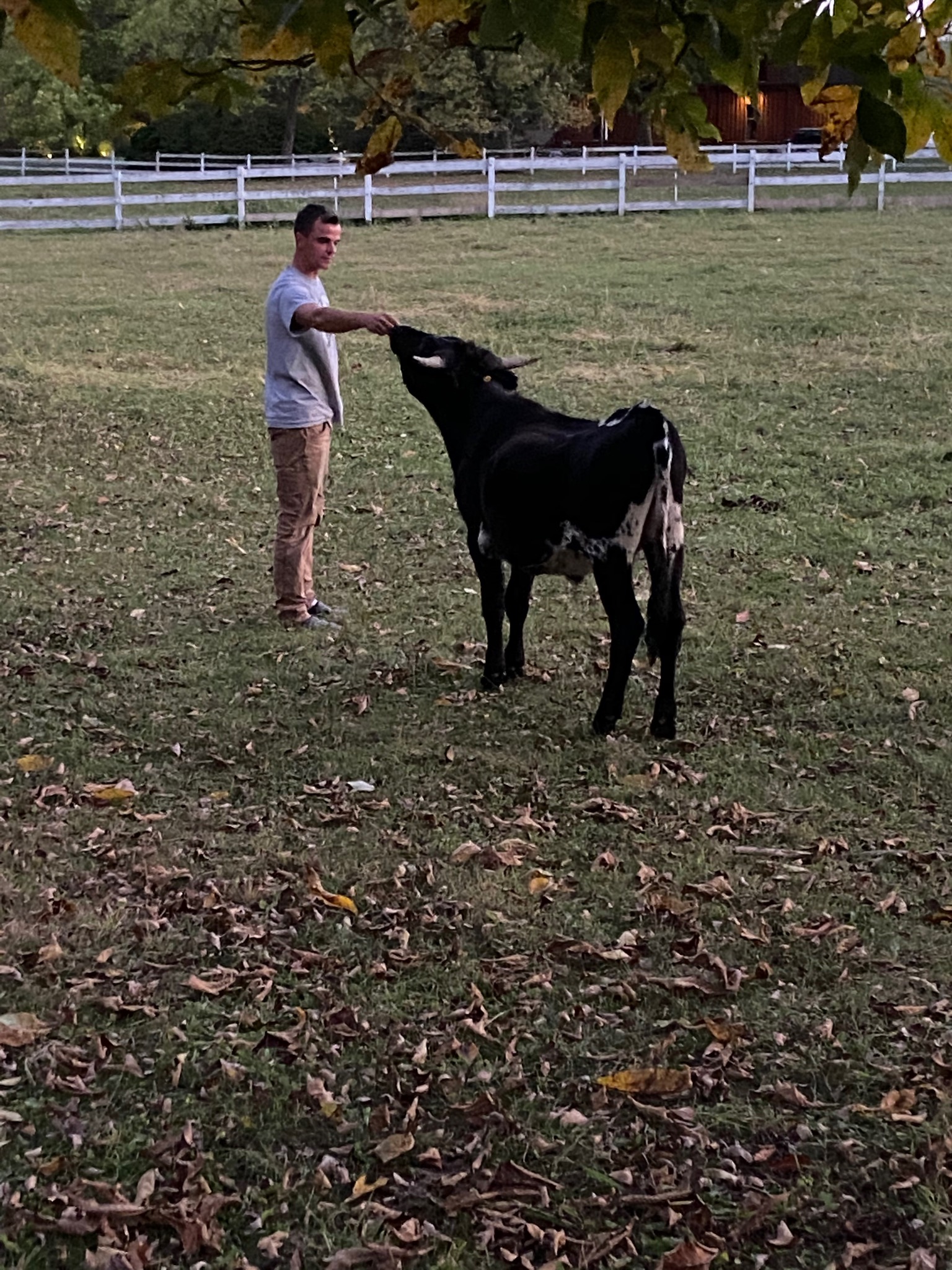 As a light drizzle falls on Hidden Meadow Farm, a snowstorm’s approach just a day away, Al Nieuwenhuis talks about the doubters, those who say that farmers can’t make a living. “It can be tough dealing with this as you’re trying to find traction,” he says.  However, it gives him a special, inner strength. “It does however make me dig in deeper and hang on tighter. I might be stubborn, but I love farming. I will work around the clock to try to make this work.”

“This” is Hidden Meadow Farm, a longhorn farm in Lincoln Park, which is about as “hidden” as you can get, its 34 acres set well back from the main road.

And then there’s the seasons. Whether snow is falling in winter or it’s in the heat of the summer, “lovely” defines it. “In the summertime, when the foliage is on the trees, it’s even more beautiful. It’s even more ‘hidden,’” adds Nieuwenhuis (who runs the farm with his wife, Danah) with a smile.

“I have a lot of farm blood in me,” he continues. “My father (who raised longhorns for another rancher) was a farmer, both of my grandfathers were farmers, so I come from a line of farmers.” The same is true of his wife’s side. Hidden Meadow Farm is part of a trio of family farmers in the township. Danah’s dad, Kenneth Van Wingerden, owns the nearby over 50-year-old Van Wingerden Greenhouse LLC, and her sister and brother-in-law, James and Lindsey Stam, own and run the turn-of-the 20th century Old Windmill Farm.

Nieuwenhuis, 26, when younger wanted to be a cowboy, and then turned his eyes and heart to beef farming. After high school, he became a mechanic, lost sight of that farming vision for a short period, then started dealing with his father’s longhorns, loved it, located an ad placed by a dairy farmer selling a herd, and then in December 2018 with “spare change” purchased his cows. “Just the way life goes, right?” he asks with a grin. He was raising beef with his brother in Norwich, Canada when he decided that he would start a longhorn farm and transported a total of four longhorns down with him to Lincoln Park. He and Danah, who met in Canada and married in the fall of 2020, both now live in the farmhouse on the property that her dad owns. The house has been renovated, the character and charm of the structure speaking to its heyday in the 1800s. “My wife spent a lot of time here (when she was younger),” Nieuwenhuis says of the former horse farm location. “She would mow all the lawns, and she still has a horse here. Danah spent so much time here and loved it so much, you could tell she had farming aspirations – and she was an animal lover, that’s for sure. It was such an opportunity for us.”

The couple has farmed the land since December 2019, focusing on antibiotic and hormone free products. “This goes hand in hand with our strivings for healthy ecosystems and a healthy planet,” says Nieuwenhuis. He is passionate about intensive, rotational grazing, the animals always moving. “They’re always getting fresh grass, and in turn the grass has more rest, and the soil health – the soil health is actually paramount. You know, sometimes I’m thinking instead of going out to feed my cows, I’m going out to feed the microbes in the soil. We believe if you take care of your soil and the planet, everything else will come after that.” The animals are born at the farm and then sold right out of the farm freezer. “We deliver our beef to your door,” says Nieuwenhuis of the still young operation. “We started selling beef this summer, and with coronavirus, it was a really nice gig for a lot of people. And just the simple concept of the rancher himself bringing this locally grown beef to your door is what a lot of people really like. Plus, it’s coming out of the hands of the producer himself; there’s something about that.”

2020 was the year for Hidden Meadow Farm, in Nieuwenhuis’s words, “quite simply to just get the ball rolling.” He envisions in 2021 adding pasture-raised chickens and pork, and farm fresh eggs.