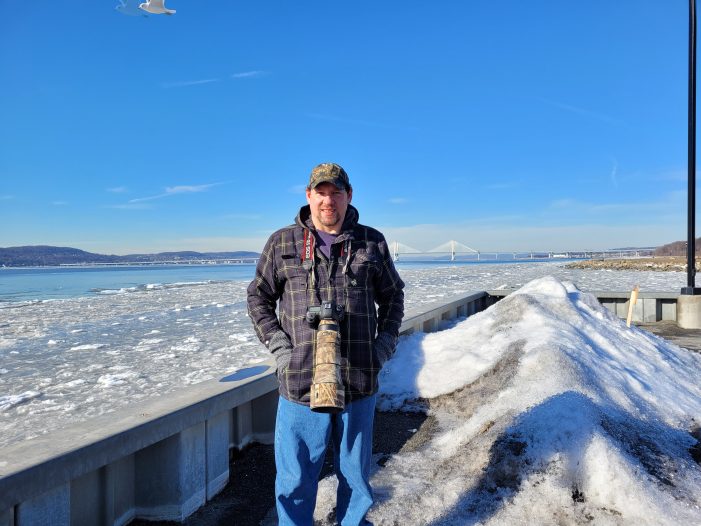 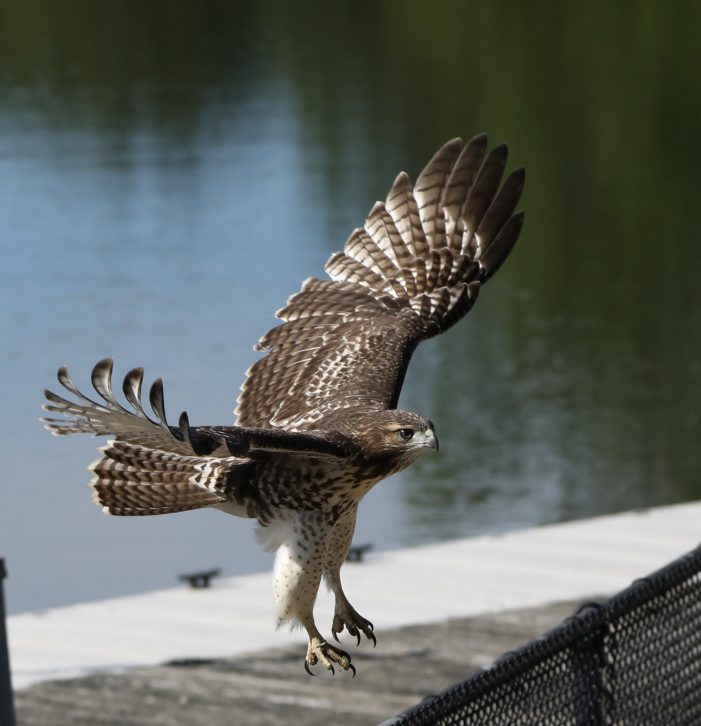 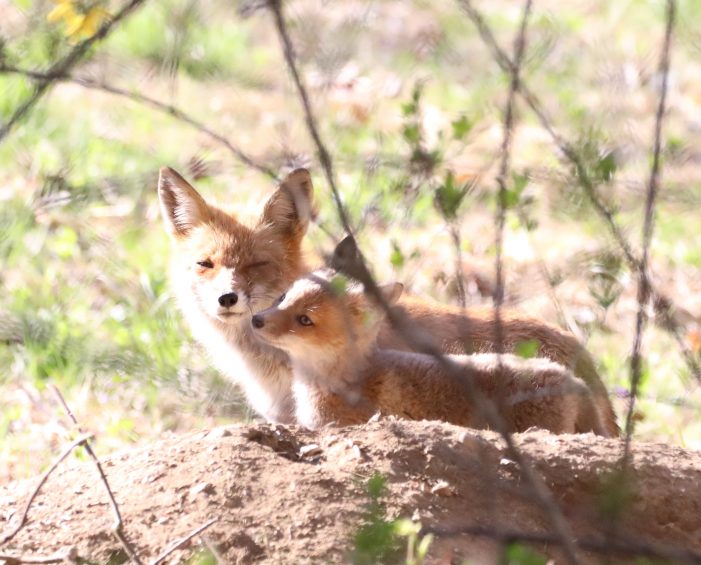 Red Fox and Kit and Juv 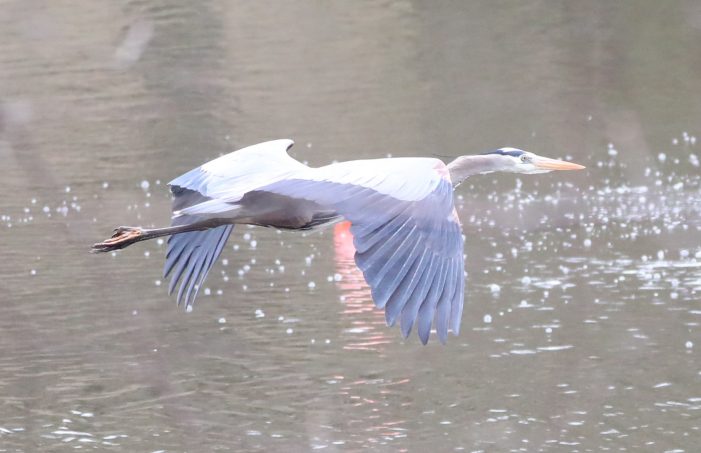 Nothing stands in the way of Butler’s Robert Bortolot getting a great bird photo.

Not even a snowstorm.

“I was just out looking at my backyard birds,” Bortolot says on a recent Saturday morning. “I did get a couple of pictures of the White Throated Sparrow on my deck railing in the snow.”

Bortolot, 49, who uses a Canon 5D Mark IV camera with a Sigma 150 – 600mm lens, has taken a plethora of bird photos, but also occasionally snaps a picture of a bear or mammal. “I love the reptiles. There’s nothing like a great reptile shot,” he says. And he got a great one in December while on a hike. “I saw a salamander. Unfortunately, it was pouring rain and all I had was my cell phone, so I took a picture with that. And I tell people you don’t have to buy top of the line, fancy cameras to take pictures of stuff. It does help in certain instances. But sometimes, cell phone cameras work just as well.”

Bortolot was introduced to the love of the outdoors and birding at a young age. “My grandfather got me started years ago,” he says. “He was a big outdoors person, and I kind of followed in his footsteps. I enjoy the outdoors; I like hunting, fishing, photography, hiking. It’s just fun being outside.”

Canon Rebel TI – an actual film camera – with a Phoenix 100 – 400mm lens. “I started playing around, getting used to my camera, how it worked, different aspects of the photography, and basically just really learning the camera,” he recalls. As he became better as a photographer, he added lenses and eventually switched to a 7D camera before his current 5D Mark IV.

Bortolot’s favorite shot has been of a Red Tail Hawk and family. He explains. “I found a nest, I think it was last year.

They were nice enough to accommodate me to photograph them from when just born right up until the day they fledged the nest. I got pictures of them bringing food into the babies and feeding, and then I actually got to watch them practice their hunting skills, too, which was kind of fun.”

Bortolot as well does landscape shots, and he has a partner in his photography love: his girlfriend, Anne Fardo. “She likes to do cell phone photography, like landscapes and people,” Bortolot says. “That seems to be her forte. And you know, I embrace it, too, just like she embraces my stuff.” Fardo, who lives in New York, accompanied Bortolot when he ventured over state lines to get a shot of the new Tappan Zee (now known as the Mario M. Cuomo) Bridge. “At sunset, just as it was getting lit up,” he says.

Bortolot’s work will be on display from April 29 – May 1, 2022, at the 21st Annual Festival of Arts at Saint Francis of Assisi Parish in Haskell. “It’s a fun one,” he says of the festival, which is open to children up to adults. “They put you in with amateurs as well as professional photographers, and it’s a judged competition. And it’s not only photography, but they do art, all forms of art sculptures, oil paintings, pastels, and watercolors.”

Bortolot, a 1991 Butler High School graduate, feels beauty is there to be seen (and photographed of course, if one chooses). “A lot of people, when they go for their walks, life is just so busy that they don’t really take the time to look and enjoy what is in and around at a particular time.  I’ve seen Baltimore Orioles up here at Silas Condict Park, actually the best ones (photos) I’ve ever gotten, I think. At Goffle Brook Park (Hawthorne), I’ve gotten really great shots of the Orioles over there, too. I just really enjoy it, and always enjoy adding new species to my collection.”

Bortolot’s work can be viewed at www.viewbug.com and the “Kinnelon Kodachrome” Facebook page.