Luan and Rust, Roxbury High School Valedictorian and Salutatorian, Prepare to Say Goodbye to the Halls of RHS 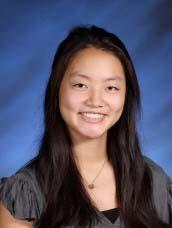 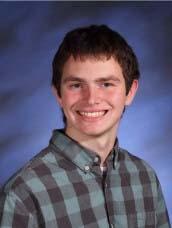 It’s that time of year again. Graduating seniors are ready to don their caps and gowns, receive their diplomas, and pave the way for their post-high school journey. Embarking on exciting new changes is part of the step into adulthood, moving towards a bright and prosperous future. Like so many students around the world, the 2019 Roxbury High School graduating class is filled with high hopes for tomorrow and dreams they’ll dare to follow.

Two standout Roxbury students who are receiving special recognition this year are the class valedictorian – Carrie Luan, and salutatorian – Robert Rust. Both are highly accomplished both in and out of the classroom, pleased that their hard work has paid off, and eager to graduate and step confidently onto the college campus.

Get to know these two stellar students a bit more, learn what has led them to the top of the class, and understand just what it takes to be named valedictorian and salutatorian.

Starting off with humbleness, class valedictorian Carrie Luan says, “Being valedictorian is an honor for me, but I couldn’t have done it without support from my parents, teachers, and friends.” Such encouragement surely shaped Luan, who not only achieved great grades and high accolades, but took her talents beyond test scores by participating in a variety of extra-curriculars that helped form a well-rounded and respected individual.

Finding time for it all was a challenge, but Luan was able to tackle the to-dos and find a way to work things out. “My biggest obstacle throughout high school has definitely been trying to balance all my extracurricular activities with my academics while still maintaining some personal time for myself. It took a little while for me to get used to the pace of high school, jumping from middle school into a sea of honors and AP classes, and after-school activities and responsibilities. However, despite my workload, I learned to prioritize, enabling me to stay as involved as I wanted to but still leave time to sit back and enjoy my high school experience. I worked hard and played hard,” she explains. With a mature mentality like hers, the “real world” should be a piece of cake for the graduating senior.

But her extra-curriculars don’t end there. Greatness comes to the most gifted, proven by what Luan considers her “greatest accomplishments.” “Being accepted to the New Jersey Governor’s School of Engineering and Technology at Rutgers University and having the opportunity to present research at an MIT undergraduate research conference were amazing experiences that exposed me not only to a realistic representation of the engineering field, but also to an incredible body of students from all around New Jersey who were truly inspiring. In addition, I had the opportunity to play piano at Carnegie Hall freshman year! It was an exciting culmination of all my years of playing piano since I was 8.”

Luan received the Presidential Scholarship from Rutgers University and will be attending the school in the Honors College through the School of Engineering. She intends to study either mechanical or industrial engineering, planning a career in one of these fields. This summer, Luan plans to get a job before college begins.

Robert (Robbie) Rust is proud (and ought to be) of his hard work throughout high school and wishes to congratulate the class of 2019 for all they’ve accomplished as well. He’s an ace in the classroom and active outside school as well, participating in a range of extra-curriculars while working part-time.

Rust considers his rank as salutatorian one of his biggest accomplishments along with getting accepted to The College of New Jersey (where he will be studying Mathematics Secondary Education in the efforts to become a high school math teacher), and his 2019 win at the Indoor Percussion Championships. He was awarded with the TCNJ Provost Scholarship as well.

Along with his passion for percussion, playing with Roxbury Indoor Percussion, Rust shares his other interests, “I’ve played four years on Varsity Tennis, as captain junior and senior year, I tutor at Eisenhower Middle School in math and science with ESL students, I’m the National Honor Society Vice President, and a Spanish National Honor Society Officer.” Varied interests make Rust’s time interesting, while he also works at Weis Markets and will do so through the summer until school starts. That said, there will be some time for fun as he plans to vacation at Wildwood with his family too. Well-deserved time off, indeed.

These two students exemplify excellence, a work ethic that’s strong and steady, and serve as role models for fellow students and those following in their footsteps.