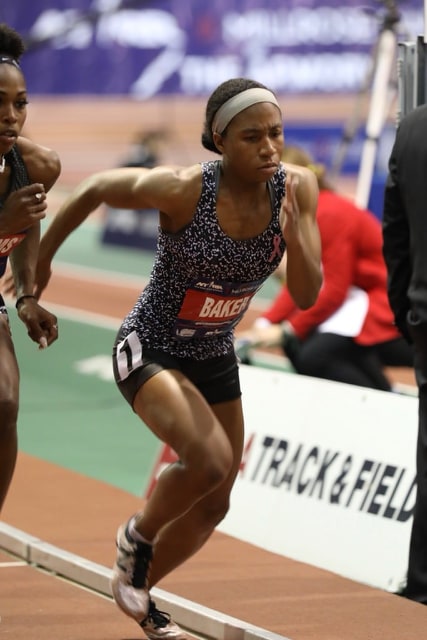 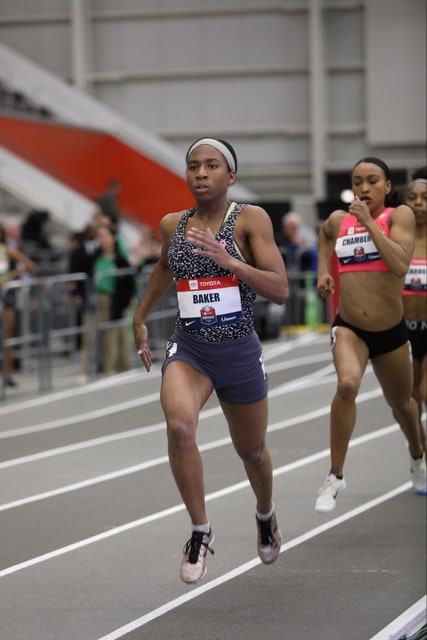 Olivia Baker, who grew up in South Orange and was an All-American all four of her school years at Columbia High School, will be representing the United States for USATF in the upcoming IAAF World Relays on May 11 and 12 in Yokohama, Japan.

“I knew it was a possibility, but I wasn’t 100% sure,” says Baker of her being contacted. “Part of the criteria for getting selected involves going to a few meets early on in the season and competing in 4x4s with other athletes.” Those early season meets bode well for Baker, and she in her words “was blessed to have been selected.” She then reflects on her selection and what it means to her. “It means the world to me, honestly. Running track is my passion. I have a desire one day to compete at the Olympics. I feel like being selected to this team – and I have had the opportunity to represent the USA on the youth and junior levels – and being selected for the senior level really means a lot to me because I really feel like it really validates that I’m supposed to be here and doing this. I feel like it’s a big step on the way to achieving that Olympic goal in 2020.”

Baker, in her freshman year at Columbia was tabbed an All-American in the 4 x 400-meter relay, and likewise for sophomore, junior and senior years in the open 400 meters. She also earned All-American honors eleven times during her career at Stanford. She graduated in 2018.

A visit to Baker’s Stanford University profile page to view her accomplishments leads one to believe that the page will wrap around. The info eventually ends, but not the amazement at Baker’s credentials.

Baker started running track when she was 8-years-old. Maurice and Daneen Cooper were her coaches. “They never overloaded us as young kids. All thy way up until I was 14-years-old I was only training three days a week.” Now, Baker practices 5 – 6 days per week for almost four hours and also strength trains. “Those were simpler times,” she laughs.

The Coopers are idols for Baker, and so is Natasha Hastings, a 400 runner and multiple year Olympian who just this year she now trains with. “It’s a very cool thing for me that someone I’ve looked up to for so long is now my training partner. Now, I get to train with her every day.” Baker also mentions that she not only admires Hastings’ accomplishments on the track; she also spends time empowering women and young girls coming up in the sports world.